That's no way to treat a supercar—whether you're thinking about buying it or not. 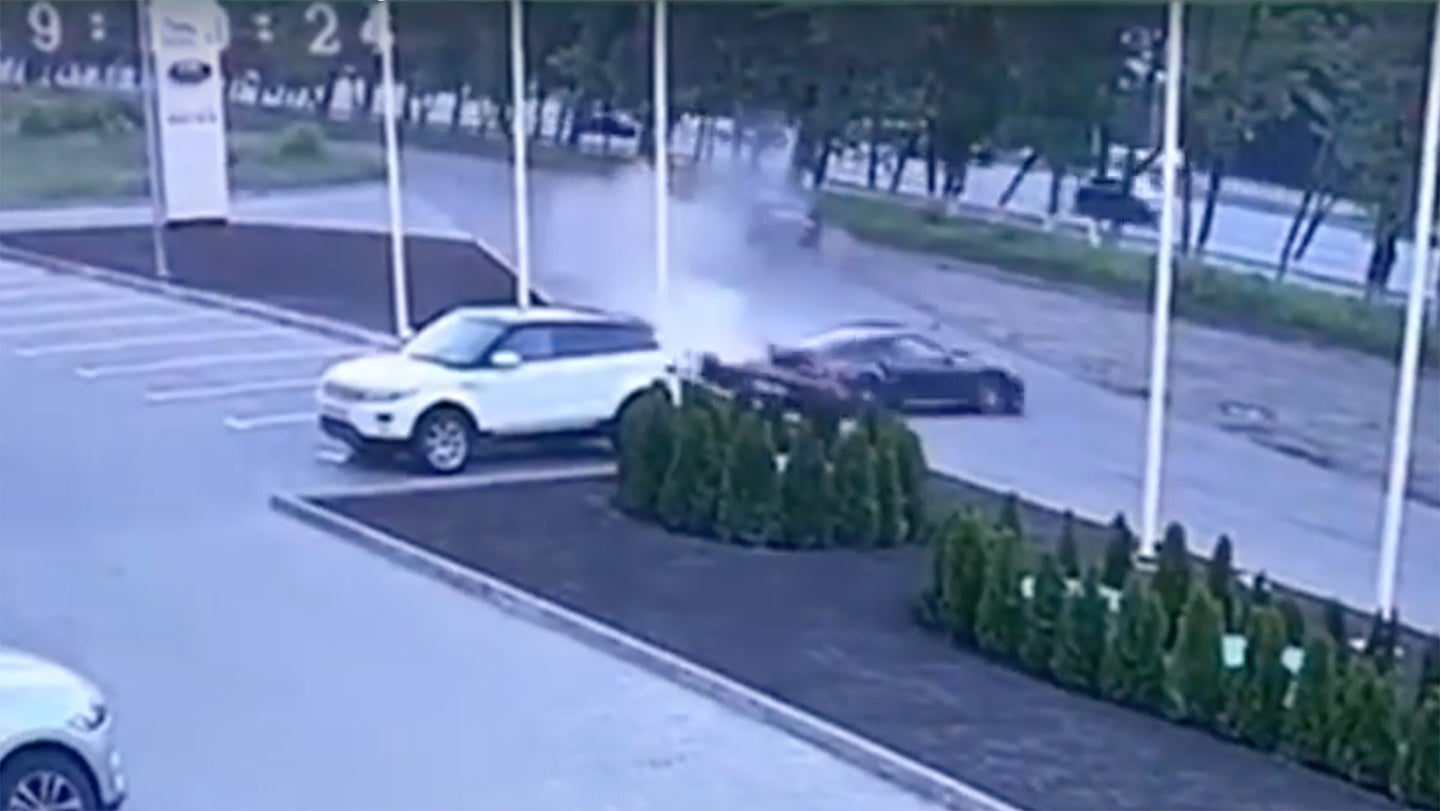 When you go to test drive a car, there is a general understanding you might give the car a little gas, but you're not gonna go crazy. After all, you are not the current owner of the car, and thus there is a common courtesy to return each vehicle you test in good condition. Apparently guy in the video below didn't get the memo; as you can see, he completely totals a Porsche 911 Turbo during what was purportedly a test drive.

As you can see via the CCTV, the Porsche in question goes into a corner at a high rate of speed and begins to brake, causing the back end to kick out. In doing so, the Porsche travels into the opposite lane and collides with an oncoming car. The collision caused the Porsche to do a 180-degree spin, eventually coming to a rest around 50 yards later. Due to the extreme amount of smoke and body damage, it seems safe to say this Porsche 911 Turbo was totaled—and thus a complete loss to the dealership.

The location of this incident is unclear...but also ultimately irrelevant. All you need to know is this is not how you should behave when going on a test drive. Be cool, folks. Don't be like this guy.