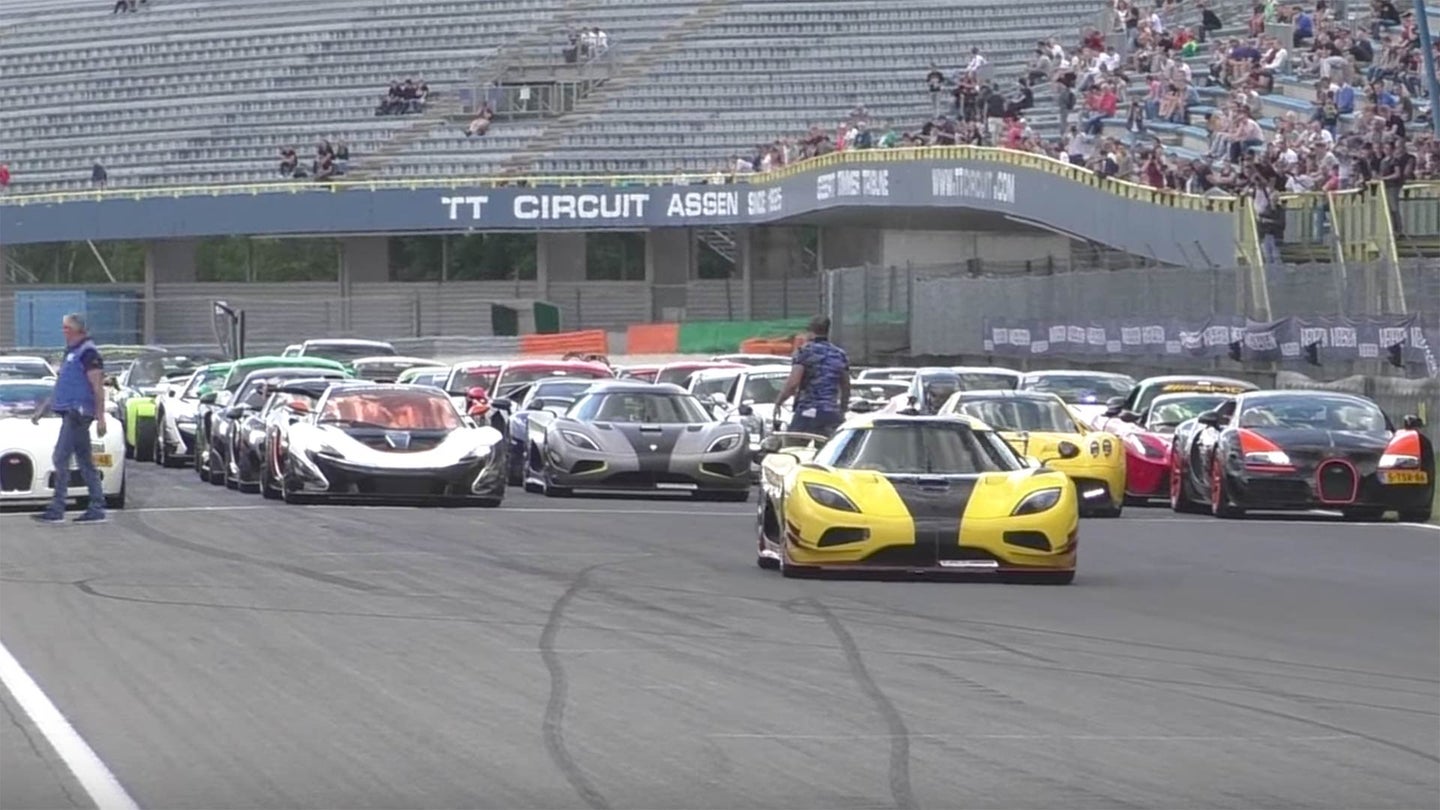 When any automotive enthusiasts sees more than three supercars (or hypercars) together, their skips a beat. When an automotive enthusiast hears more than three supercars start up and drive around, their heart just stops. But when hundreds of supercars get together—like the gaggle that recently gathered at TT Circuit Assen in the Netherlands—well, it can even cause cardiac events among gearheads who are just watching on YouTube. So you'd better be sure you're sitting down for this.

In the video shot by Carspotter Jeroen, we can see some truly amazing cars. Between the McLaren P1s and a Koenigsegg Agera RS and Agera RS ML, this event isn't falling short of truly insane cars. Put it this way: The Bugatti Veyrons look like regular cars compared to some of the insanely rare vehicles darting down the front straight.

As the video continues, we get to see and hear some high-speed passes as these rolling works of art blast past Jeroen and his camera. A fun math exercise would be to estimate the cost of all the cars on the truck, but since we aren't mathematicians, we'll just play it safe and say north of $20 million. Other cars that can be seen are Ferrari LaFerraris, Lamborghini Huracans, Nissan GT-Rs, Mercedes-AMG GT S, Aston Martins, and much more.