There are track days, and then there's the Spa Classic. 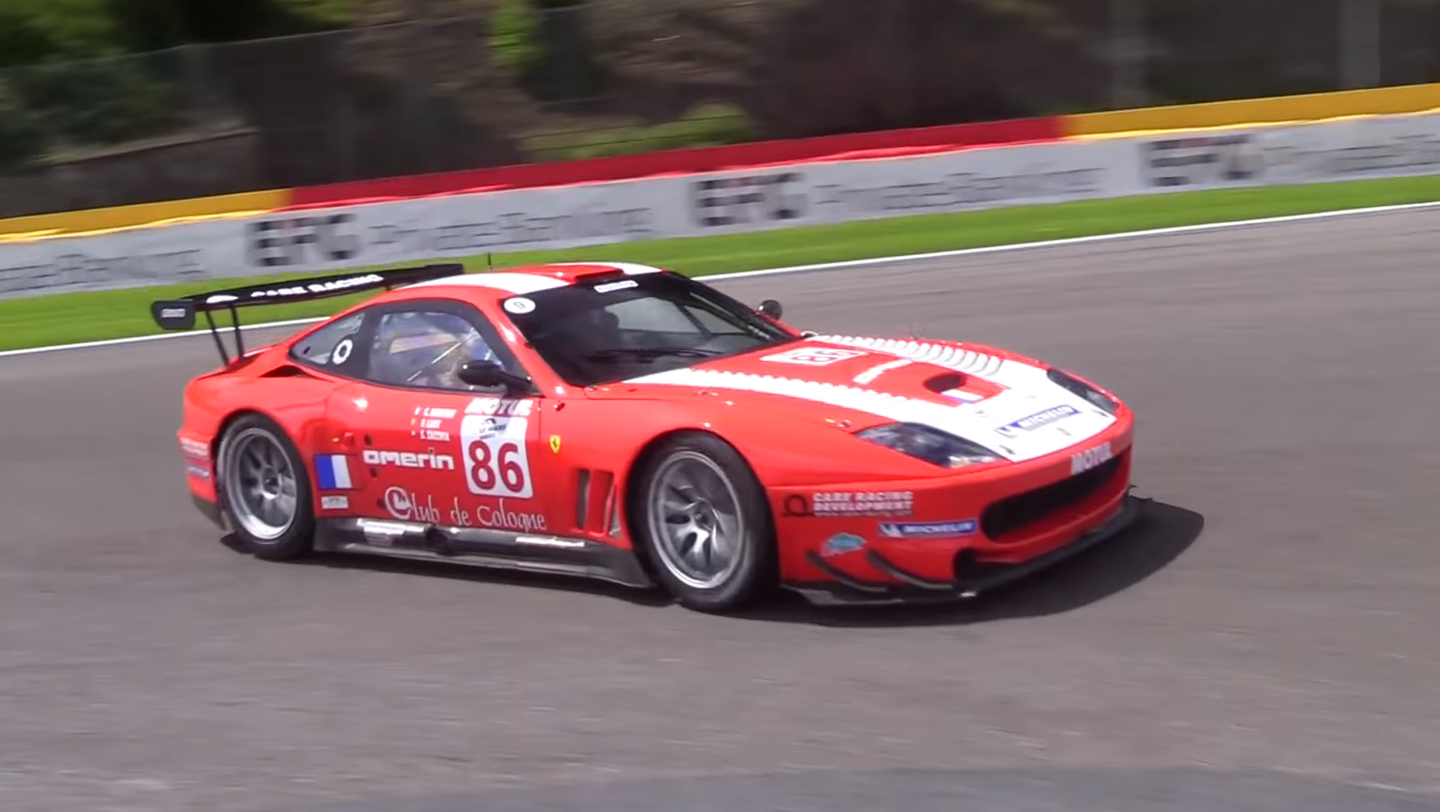 There are simply not enough naturally-aspirated V12 engines left in the world these days. Once upon a time it was de rigueur for supercar manufacturers to have double-digit cylinder counts in all their greatest creations, but in the age of hybrid-this and turbocharged-that, they're sadly beginning to fade away. And that's a damn shame, considering how drop-dead brilliant this ProDrive-built 2003 Ferrari 550 Maranello GTS sounded as it hit the track at last month's annual Spa-Francorchamps Classic.

This race-ready Ferrari was one of several modified by the mad scientists at ProDrive for a private Swiss racing team in the early 2000s, with the intent of competing in a variety of endurance racing series in Europe and the United States. To beat the factory Ferrari teams at their own game, ProDrive enlarged the V12 engine from 5.5 to 6.0 liters, added a sequential Xtrac gearbox, tightened the suspension, and crafted a more aerodynamic front splitter and rear wing.

The result was a series of championship victories across multiple series, including the former FIA GT in 2003 and 2004 and a GT1-class win at the 24 Hours of LeMans in 2003. The cars raced until around 2006, when they were retired and spread around to various lucky individuals. We're glad the current owners of this particular example see fit to wring it out on the track, and there are few places better than Spa-Francorchamps to do so.