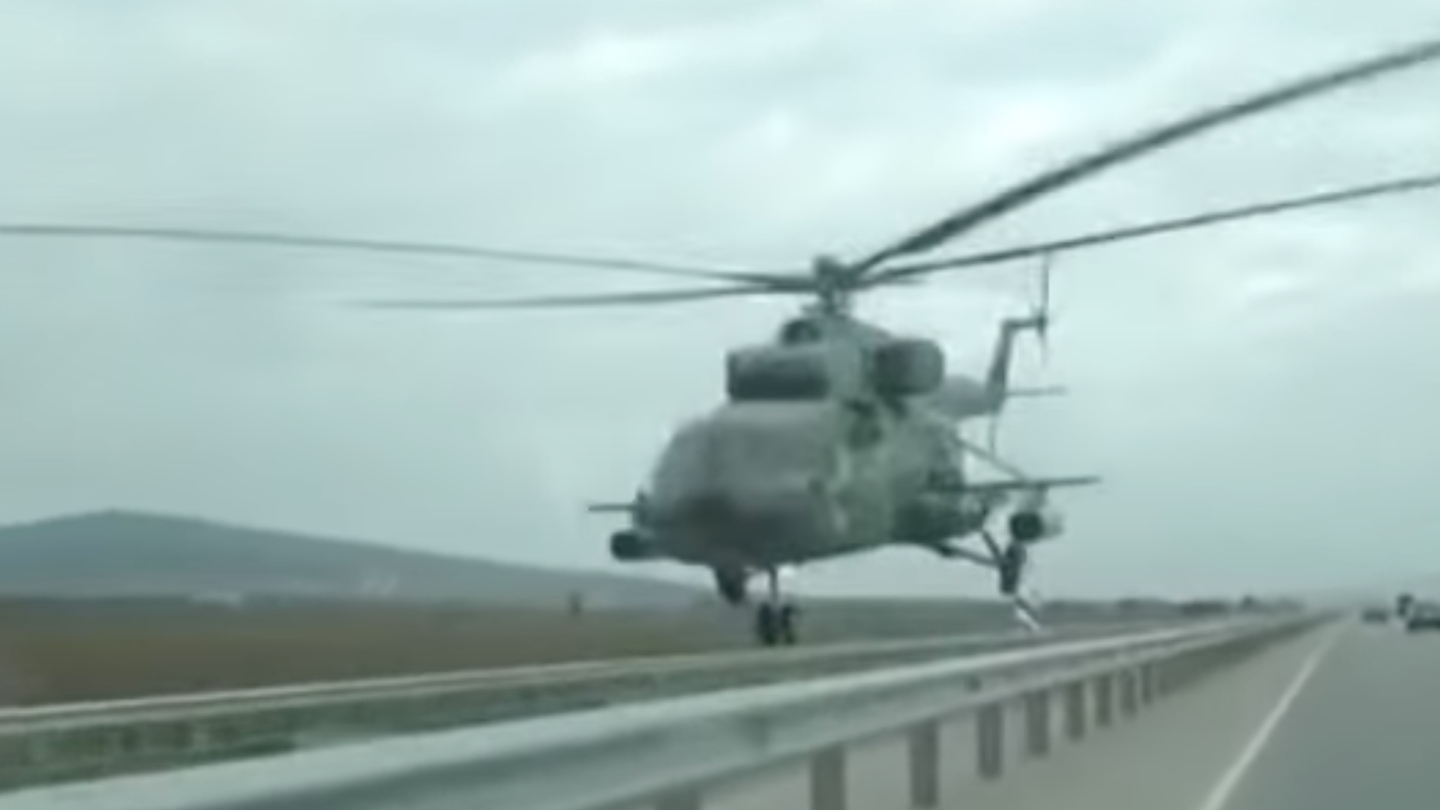 The clip, uploaded to YouTube Saturday, shows a Mi-8 Hip helicopter flying next to cars on the Rostov-Baku highway in the Chechen Republic of Russia, according to RT. The road is a major highway that connects Russia and Azerbaijan.

According to The Aviationist, combat helicopter pilots often fly at low altitudes for navigation and masking training. Also, the Mi-8 Hip in the video appears similar to those used by Russian military forces, according to RT. But it's unclear who was operating the one shown in the clip or what the operator was doing flying that low.

You know, sitting here at our computers, it's kind of hard to fathom just how wild it would be to witness something like this in real-life. If we were buzzed by an AH-64 Apache while heading down the New Jersey Turnpike, we would probably have a heart attack.