The Quadrifoglio's top speed is 191 MPH, but this is pretty damn close. 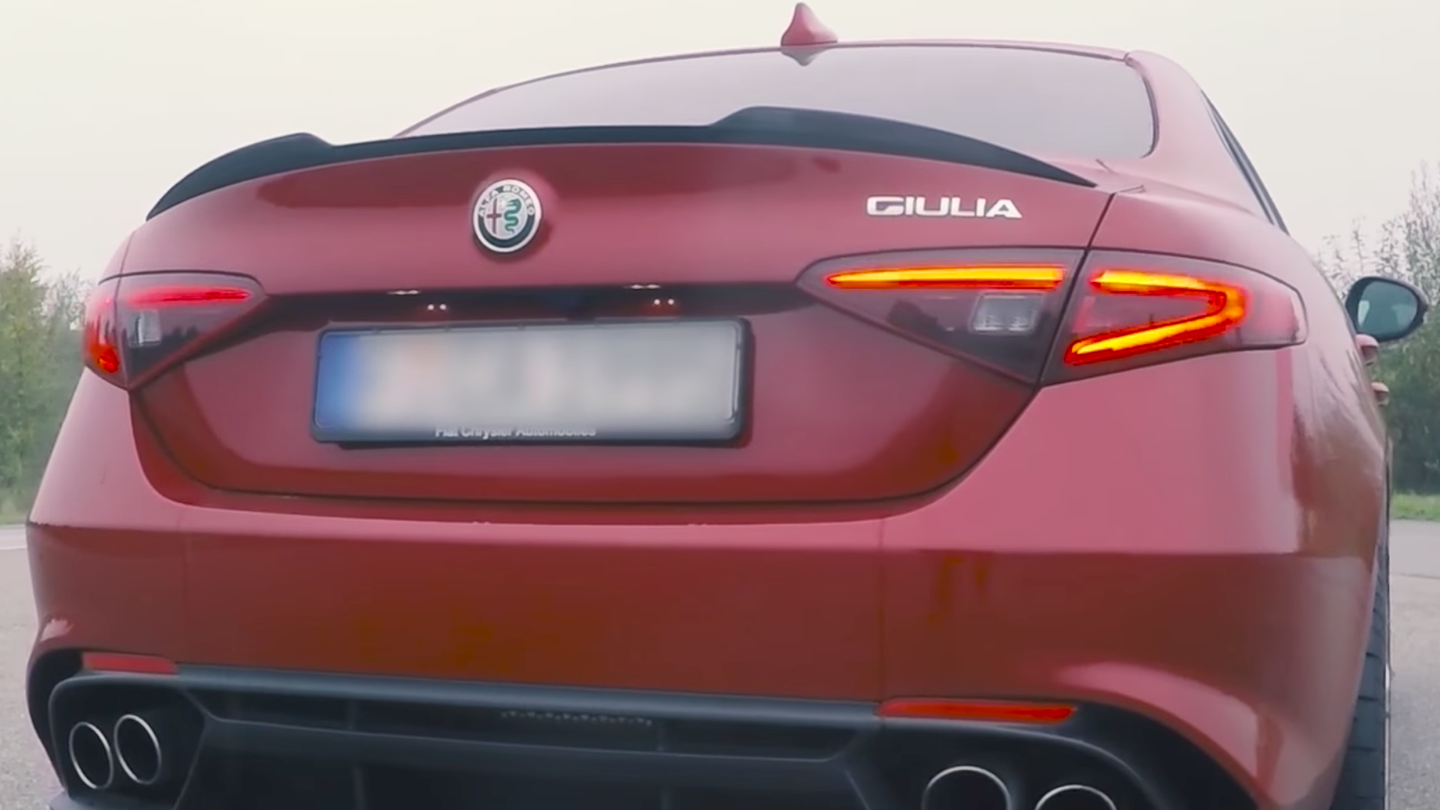 For us car-enthusiast Americans, there's no other highway system in the world that sings to us like the German autobahn with its unrestricted sections. That's because when you have a car like the 505-horsepower Alfa Romeo Giulia Quadrifoglio that has a top speed of 191 miles per hour, you can really stretch its legs.

In a video uploaded to YouTube Tuesday, we get a short tour of the autobahn from behind the wheel of a Giulia. As the driver navigated through traffic—mostly by sticking in the left lane—he or she was able to maintain the casual Autobahn speed of about 80 miles per hour. But once the driver found an open stretch of road, he or she managed to let the Giulia loose.

Using the Giulia's 505-horsepower 2.9-liter twin-turbocharged V6, the driver managed 176 MPH. It's not exactly the 191-MPH top speed, but hey, it was raining.

We'll give them a break.