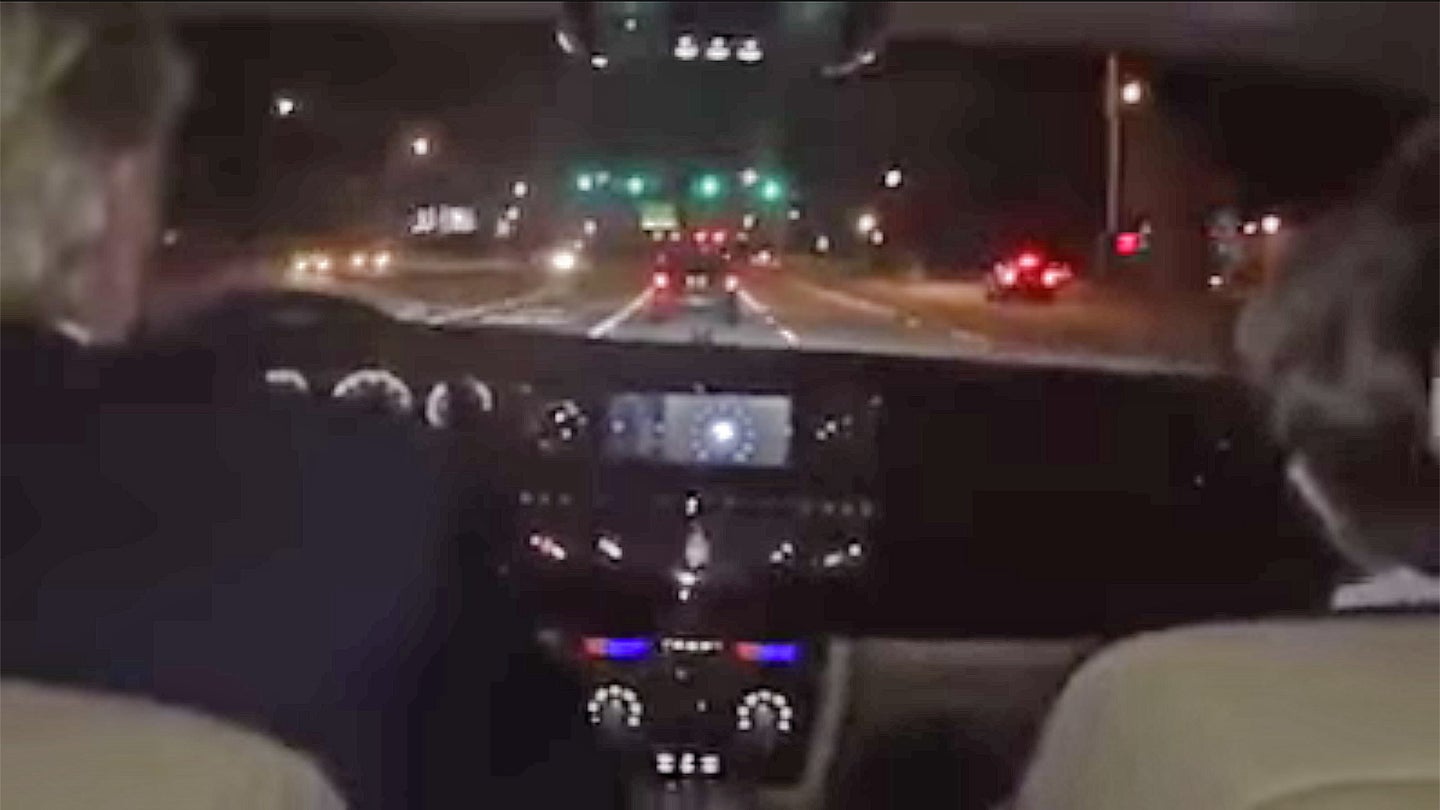 The title of video, which was posted to Melania Trump's Facebook page back in December 2014, it shows just why Trump was tooling around listening to T-Swift: He's accompanied by his son Barron, who is sitting shotgun.

The video was brought back to the surface of the web and exposed to us via Axios's Sneak Peek newsletter, having been sussed out by reporter Jonathan Swan in response to a reference by conservative columnist of "Trump driving with his son." The search for the video was prompted by a reference by Trump friend and Republican consultant Roger Stone, who said he'd never seen the mogul behind the wheel of a motor vehicle. (Presumably, he meant one that was moving.)

We at The Drive, however, know better. Not only have we repeatedly chronicled the cars of The Donald, but we've also seen the pictures of him clambering out of his Lamborghini Diablo in Florida back in the Nineties. Granted, the pictures don't show him driving per se, but considering he seems to be alone next to the Lambo at the gas station, unless he had it trucked in for appearances, he must have driven it there himself. (And as anyone who's ever driven a Diablo knows, piloting that puppy isn't easy—especially for a man who's six-foot-three and probably weighs around 250 pounds.)