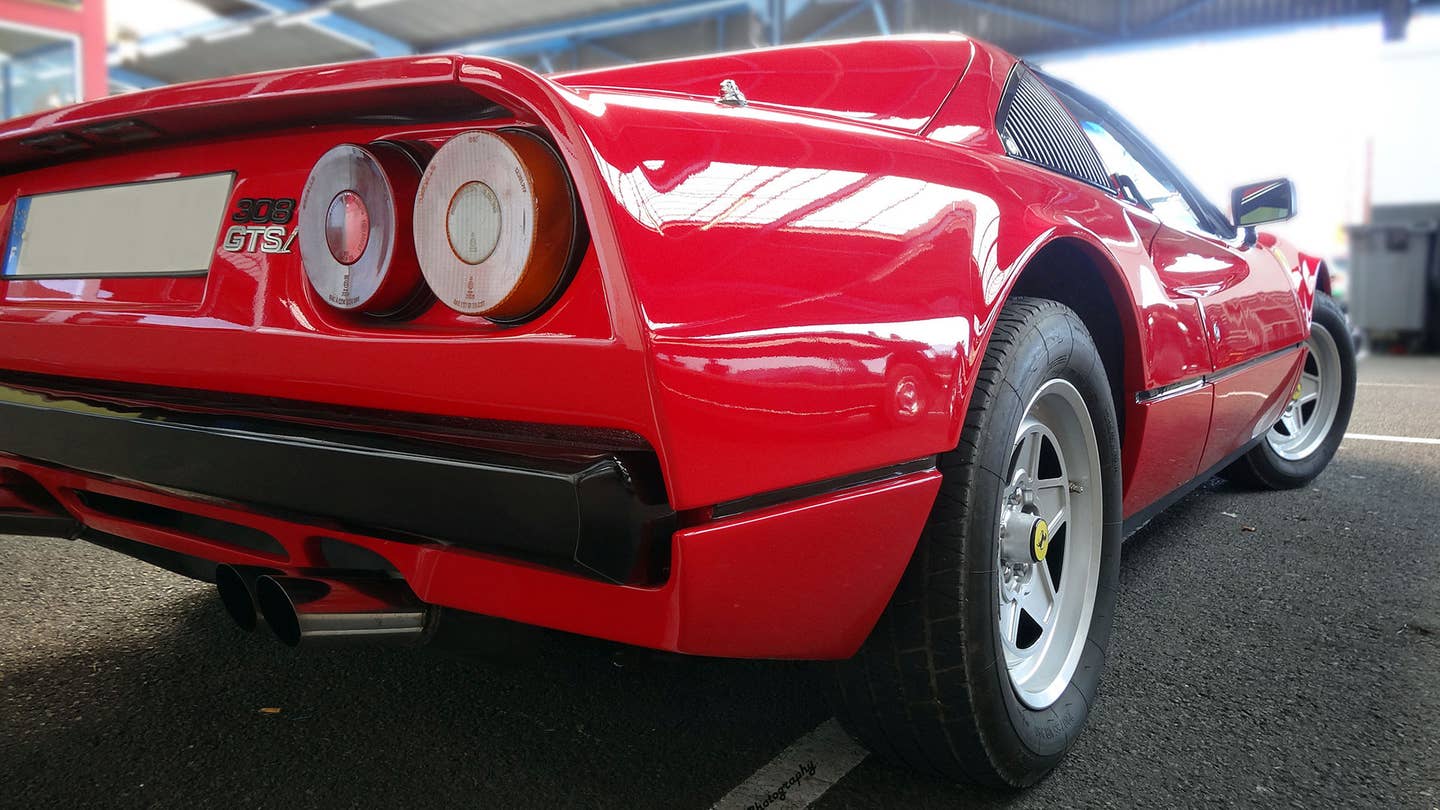 Today, Ferrari’s Maranello factory is a whiz-bang, futuristic hangar, filled with an army of robots and more computers than the Pentagon. But in the early eighties? It was medieval dungeon! That is, at least according to this totally rad YouTube video.

Take the Ferrari 308, seen here. Was it a mid-engined V8 sports car or a newborn god? Between the molten metal, bass drum, and copious fire portrayed in its production, it’s hard to tell. We’re going with “sports car,” but damn if this doesn’t look like found footage of the birth of Athena. It seems that back around 1984, despite the futuristic, wedgy shape of its 308 and Testarossa, Ferrari’s production processes were fairly rustic. In the video, we see many a well-creased hand, showers of sparks and enough red-hot pots of molten metal to make a marauding army pause. Safety regulations, caution, gloves? How boring, how antiseptic, how German.

Still not enough melodrama for you? Backing this fire-and-steel extravaganza is a soundtrack that sounds, for all the world, like a synth-heavy remix of Wagner’s “Ride of the Valkyries.” Enjoy.