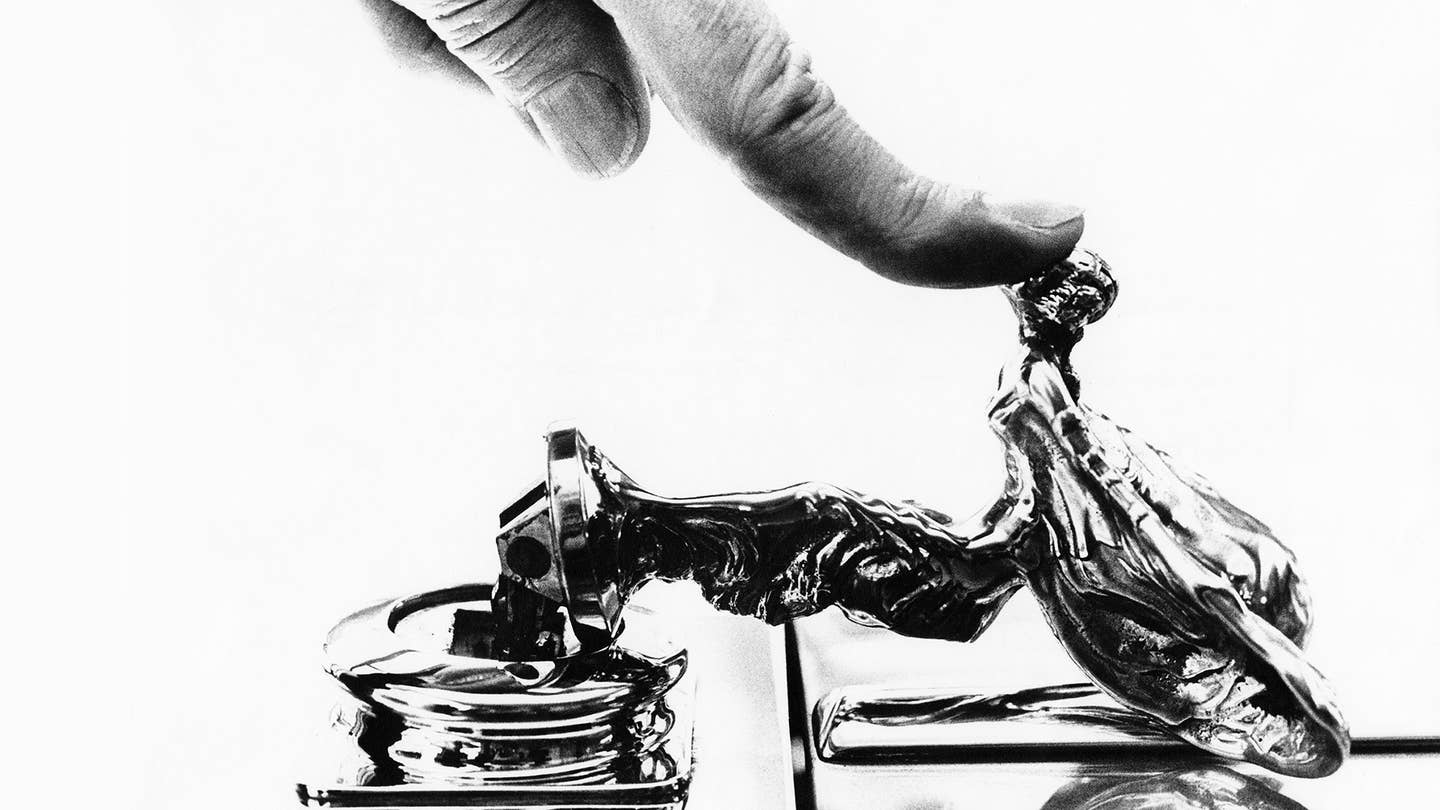 “You only go around once,” Frank Sinatra once said, “but if you play your cards right, once is enough.” We suggest you go around in a car with champagne flute holders, deployable umbrellas in the doors and your rear cupped in the finest hides.

Driving a Rolls-Royce lends the sensation of a dream world, like you could fondle the earth in your palm, toss it up and catch it. That “Spirit of Ecstasy” hood ornament announces your presence anywhere you go. (Because these cars have such long noses, the hood ornament arrives long before you do.) That’s why icons drive Rolls-Royce; from Tom Brady to Lady Gaga, The Who’s Keith Moon (who allegedly drove his Silver Shadow  into a swimming pool) and the late Sinatra himself.

When Henry Royce built the first 10hp Model in 1904, his goal was to create “the best motorcar in the world, regardless of price.” But that doesn’t mean that you can’t afford to drive one today. We called proprietors of the premier Rolls-Royce service and sales shops for tips on getting  into a car built for kings on a serf’s dime. Because—don’t forget—you are one. (A king, not a serf).

You can find all kinds of deals on eBay, but it’s not the place to shop for an affordable Rolls. These aren’t Pontiacs; they’re idiosyncratic, handbuilt luxury cars. As the saying goes: If you can’t afford a good Rolls-Royce, you really can’t afford a bad one. “If you buy one off the Internet, you’ve got no way of knowing what condition the car is in, mechanically or cosmetically,” says Charlie Agapiou, owner of Charles Agapiou, Ltd., a Rolls and Bentley shop on Santa Monica Boulevard in Beverly Hills. (Racing fans will recognize the name; Agapiou was a mechanic for Carroll Shelby during the famous Ford vs. Ferrari wars at Le Mans in the Sixties.) “The best place to buy a used Rolls-Royce is at an independent dealer that has its own service experience,” says Agapiou. Naturally, he’s got a vested interest. That doesn’t make him any less right. Even if you know your way around an engine compartment, you can still fall into a money pit. A car that comes through a dedicated Rolls shop will have that shop’s stamp of approval, with its reputation at stake.

When you’re buying a car, you’re always looking for a deal. If you do find one in a barn or a planned retirement community, take advantage. But be smart. “Have someone who knows what they’re doing take a look at the car,” says Walt Moyer of Moyer Motorcars in Front Royal, Va. “That’s the only way to know what you’re getting into.” Moyer has spent 35 years servicing and selling old Rolls and Bentleys. “I got Rolls and Bentleys coming out my ears.” A guy like Moyer brings 35 years of experience to your purchase. Even if you pay him, you could save thousands down the road. Find the guy near you. Every town has one.

“Most people buy shiny,” says Moyer. “But a lot of times, shiny is not what you want.” The car may be pretty, but hidden away under the armpits? You could have a rust bucket chassis and not know it. “I have plenty of cars right now that you can buy all frickin’ day long for that budget. But for the same price, the car sitting next to the shiny one—though it may not look nearly as good—might be a significantly better car,” he says. “It might need paint or upholstery work. But it’s never been rusty. Rust is a nightmare with these cars. You can’t fix it. Other stuff, you can fix.”

“If a car needs a lot of repairs, you’re probably going to overspend for it,” says Agapiou. And, if you have someone inexperienced do repairs on your specific Rolls-Royce, you’re probably digging yourself a deeper hole. As Moyer puts it: “It’s always cheaper to buy someone else’s work than to do that work yourself, if you can make sure the work’s been done right.”

Which cars are the best bet for reliability and fun, on a $35K budget? For a convertible, Agapiou recommends a Corniche II from the late Eighties. For a saloon, he says people are flocking to Silver Shadows, “because they’re luxurious and nice cars to drive. I’d buy from a 1977 through 1980. They’re wonderfully driving cars.” Moyer suggests a Silver Spur from 1987 to 1989, or from 1996 to 1999. “I have a beautiful ’99 Silver Spur right now, two-tone green. It’s gorgeous. That car you can buy for $32k, and that’s a whole lotta car—a get-in-and-drive-to-California kind of car.”

Don’t blow your wad on the purchase. The price tag is just to drive off the lot. There’s insurance, of course, and with these old cars you’re going to have to keep spending. “Once the car is running O.K., if you’re going to drive it every day, you’re going to spend $5k or $6k a year in maintenance,” says Agapiou.

And whatever you do, don’t drive the car into a swimming pool. Well, unless you’re a manic drummer savant. In that case, giddyup.

To get you started, check out these under-budget Rolls-Royces, on sale now: