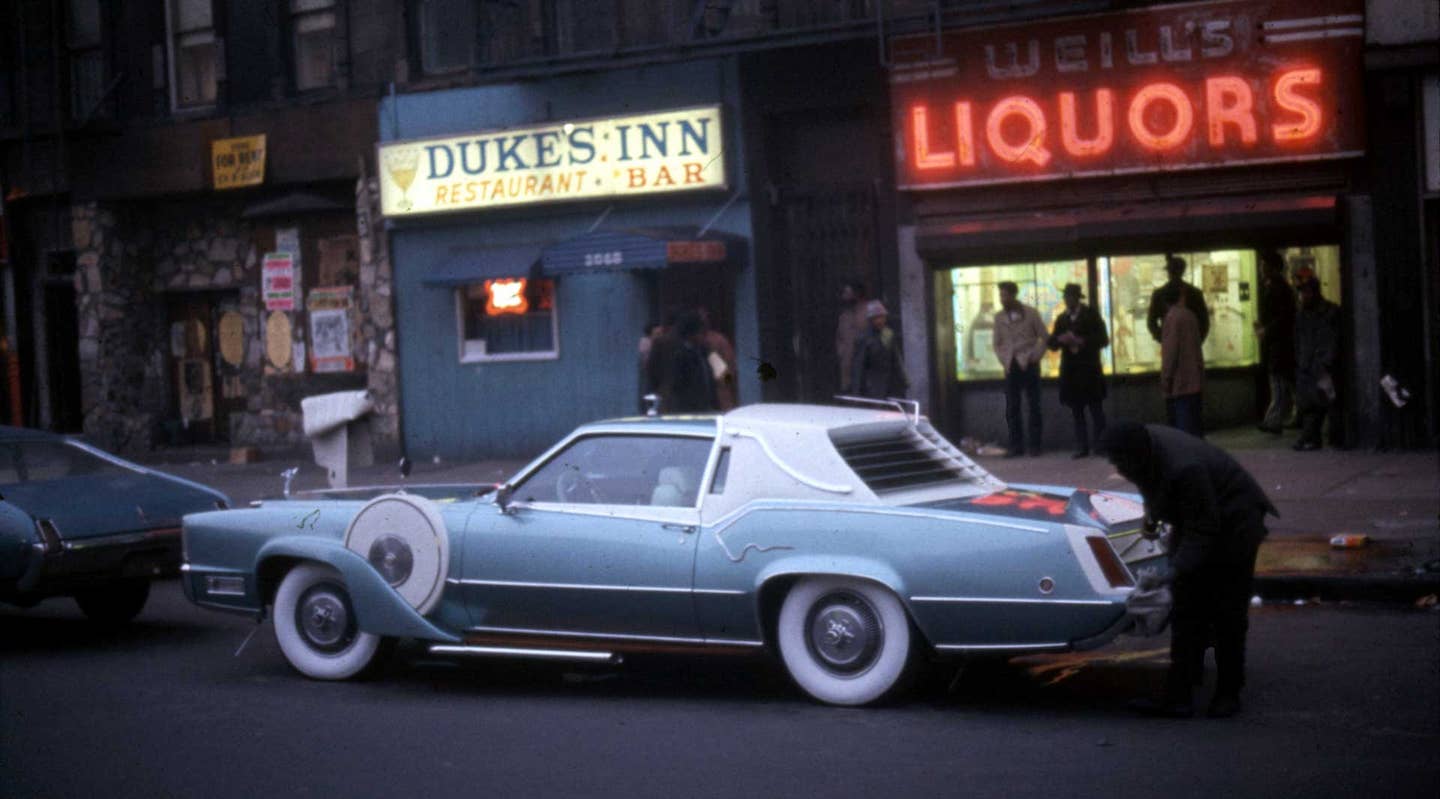 It’s autumn. After three months of being harangued by heat, wincing under its pressure and abolishing undershirts, summer has lifted its fingers off New York’s shoulders. We are cool again.

The summer of 1975 was nothing special. A high of 96 degrees, and Earth, Wind & Fire’s “Shining Star” was the ambient noise—a good track, not the group’s best. The fall would be harder: Economic stagnation came home to roost smackdab in the middle of Times Square, and the city had a brush with bankruptcy. That October, the headline “Ford to City: Drop Dead” ran in the Daily News; eventually, the President capitulated and extended the city $1.3 billion in loans.

Harlem certainly didn’t escape citywide hardships, so those little oases of indulgence, of style, stood out even more. Example: This 1973 Cadillac Eldorado with El Deora custom trim, a ride befitting Frank Lucas or Walt Frazier. In baby blue, idling outside of Weill’s Liquors, it was cool, too.