The pride of Idaho, one low-volume Seventies coupe became the Heartland's arterial plaque. 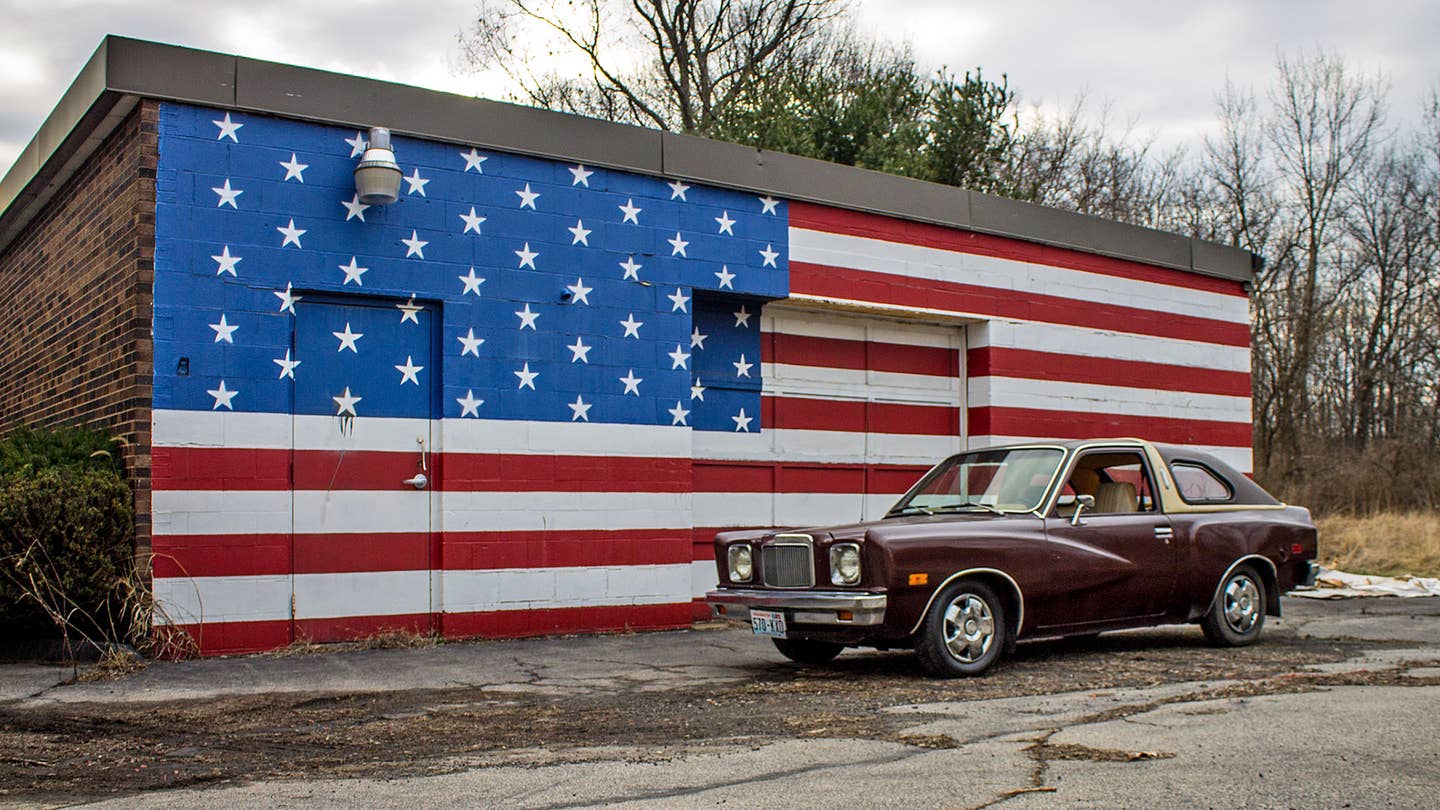 This is the Leata Cabalero, and it is probably the worst automobile in America. Actually, there's no "probably" about it: This feculent lump of eyesore has actually won an award for being terrible, the zero-prestige Worst of Show trophy at Concours d'Lemons. Built in Idaho for a single year, 1977, the car is utterly horrible and entirely without merit. So I'm going to drive it.

There are any number of things wrong with the Cabalero. Take, for example, the appearance, something like a malnourished, stunted Chrysler Cordoba. Also, it's based on a Chevrolet Chevette, which is never a good place to start anything. More than 350 pounds of Bondo, fiberglass, and despair haven been added to craft this lumpen turd of an automobile, making an already slow and crumbly rear-drive vehicle even worse. It was built with an obvious indifference. The brakes don't work. Oh, and, that's not even the correct way to spell “Caballero."

Fewer than a hundred Cabaleros were ever made—proof of divinity, if there ever was such a thing—each hand-built in a place called Post Falls, Idaho. The tenth largest city in the state, this is actually a fine little village, nestled between the desert glory of Montana and the damp and verdant splendor of Washington state. People come here to play in the lakes, hike, and generally enjoy themselves.

There's little enjoyment to be had in a Leata Cabalero. And the closer you get, the worse it all becomes. The bodywork, swollen like a diabetic's cankle; the chrome trim around the wheelwells, wobbly and misshapen. The plastic divider separating the landau top recalls a dollar-store lawn chair. The Cabalero is the Heartland's arterial plaque, squatting on the landscape, leering idiotically.

Settling into the seats, which are surprisingly comfortable, the driver is greeted with a two-spoke steering wheel displaying a hopelessly optimistic royal crest. The passenger makes do with a dash-mounted pocket, sagging like a superannuated kangaroo. On this day, the Cabalero fires up without complaint, and sallies forth onto the road. At the first stop sign, the brake pedal goes to the floor.

You'd need a sense of humor to own a car like this. Myron Vernis, a resident of Akron, Ohio in his mid-fifties, is a funny guy. He has soft spot for all things quirky. Several dozen cars surround his Leata. There's a Porsche 914, which has been converted into a pickup truck; a Matra Bagheera, complete with a panther air-brushed on the hood; a three-wheeled Davis Divan, and Raymond Loewy's personally customized Corvair town car. Myron bought the Cabalero in Washington, from its original owner. He proudly displays its Concours d'Lemons pedigree in the front passenger's seat.

Myron's the gentlemanly sort, too. So when the Cabalero points its sawed-off nose towards a hilly road, he offers himself as tribute.

“Maybe I should drive."

Bereft of braking power, the car hunches along towards a valley railway crossing. Both passengers silently pray that a train doesn't hove into view. Or, maybe, secretly hope one does.

The Cabalero was coachbuilt by the Stinebaugh Manufacturing Company. Originally priced at about double the base cost of a Chevette, the car was available as sedan and pickup, each with luxury features like cruise control and power windows. If you couldn't quite afford a full-sized car, if you liked the idea of a well-equipped compact with Seventies personal luxury coupe styling, lived in Idaho, were bad with money, short-sighted or brain-damaged, a Leata Cabalero was the car to have.

“That's a genuine stop!” Somehow, the Cabalero's brakes came back from the dead, slowing the car with the effectiveness of a mild headwind. We coast back to Myron's garage, reverse the Cabalero back in among its odd stablemates, and pop the keys out of the column. And start to wonder...

Can a car be so bad that it's actually good? Certainly, and there are a number of quirky automobiles that charm despite significant shortcomings. Most cars built by the French fall under that heading, as do old two-stroke Saabs or the De Tomaso Pantera. But the Cabalero? No. Not even a little. This is simply an awful, awful car. The finest automobile ever to come from Post Falls Idaho should probably have just stayed there.