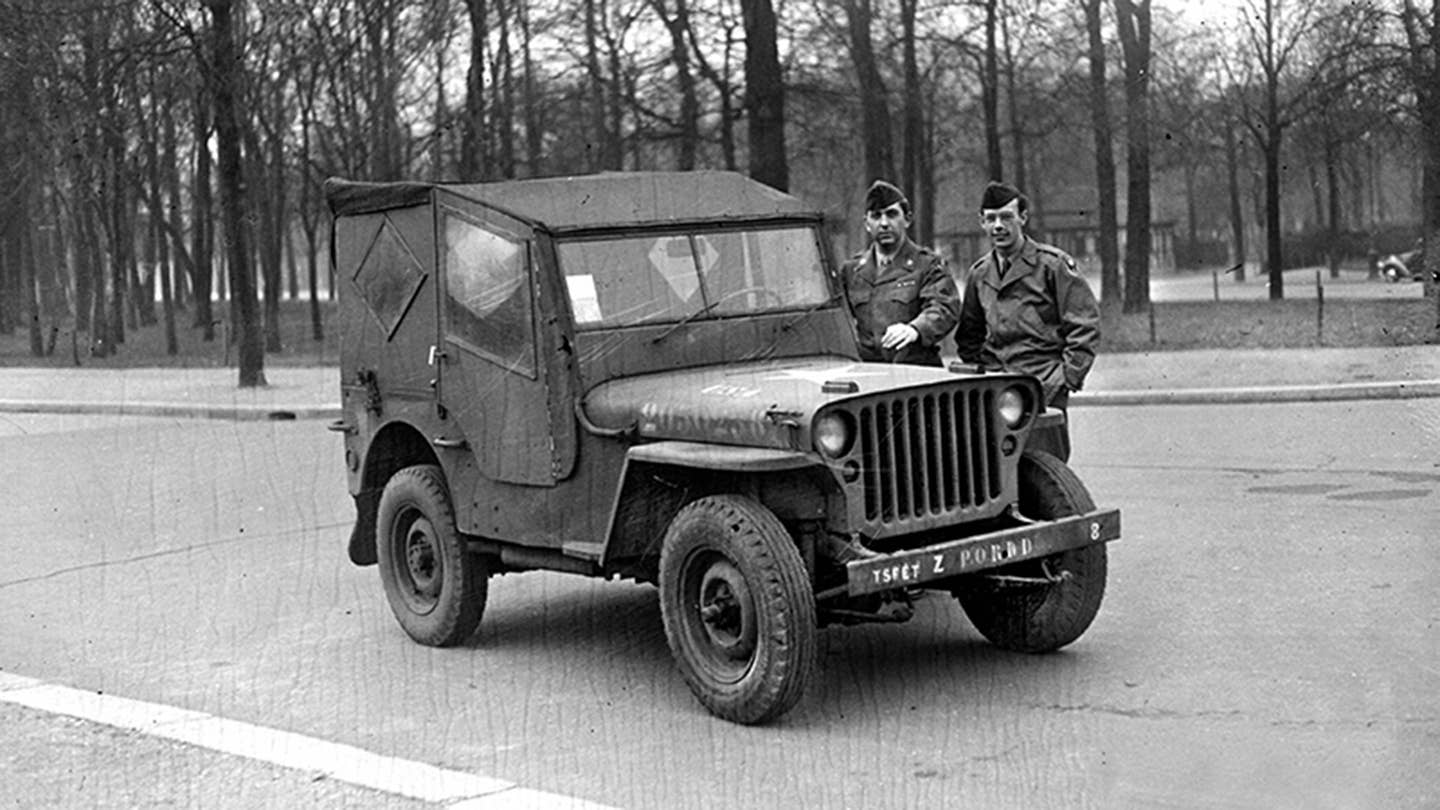 A thing of idiosyncratic beauty. Elegant, yet built for speed.

The Jeep took the world by storm when it first appeared in 1940. A war was raging in Europe, and from the day it started, it was clear that it was going to be a new kind of war—highly mechanized and powered by engines, which would be mounted on wings and wheels. The American military turned to the car industry, asking for an all-terrain, four-wheel-drive vehicle that could be mass-produced, swarm battlefields at high speed and, generally speaking, kick up a rooster tail of victory everywhere it roamed. It had to weigh 2,175 lbs or less, and carry a 625-lb load.

The winning prototype was from Willys-Overland, a small car company out of Toledo, Ohio. Two other companies signed on to mass-produce the Jeep—Ford and Bantam.

In 1940, there was no indication that such a vehicle would one day storm the beach at Omaha—or Ojai for that matter. Where it got its name, no one knows for sure. “‘The Jeep,’” wrote one journalist at the time, “a high-speed adaption of the ordinary farm tractor, may be the answer to one of the United States Army’s needs for modern, swift, mechanized warfare.” Others called it “strange looking,” “a wonder weapon,” "a blitz buggy." It had a strap on the side to carry a shovel, in case it got stuck in the mud, and it got 13 miles per gallon, so it usually traveled with backup gas cans. It became so ubiquitous, soldiers made a habit of warming their coffee cups on the engine blocks.

By the war’s end, Willys, Ford and Bantam had produced nearly 650,000 Jeeps—some of which would eventually enter civilian hands.

And some of those hands would belong to Brigitte Bardot, in 1958, in Germany.