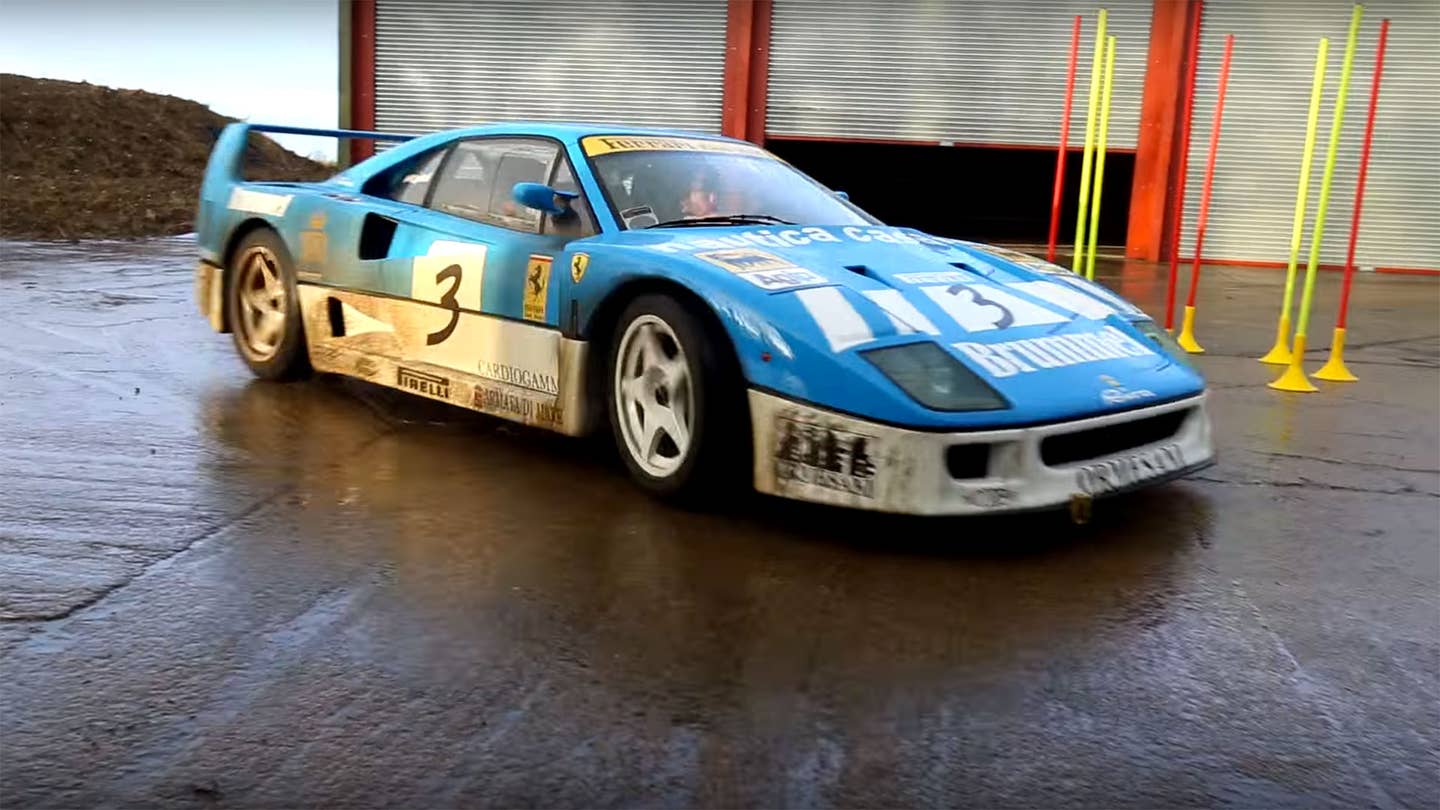 It’s been four years since the mysterious group, known only as Tax the Rich, first appeared on YouTube. They were hooning a Rolls-Royce Wraith around farmland in the the way no wealthy owner would do. These people, clearly, were heroes. Then they sort of went dark for a while.

Still, people kept watching. Millions of views, plus a lot of buzz on social media and the forums. Then, Tax the Rich reappeared, rallying a million-dollar Ferrari Enzo on the mud-caked winter lanes of the same farm. The video promptly received millions more viewers, with a follow-up video months later, torturing a Ferrari 288 GTO over rural cracked lanes and lawns, before ripping off clutch-melting drift circles around a couple of cones in a concrete barn. Later, they wakeboarded behind a F50.

Tax the Rich: Collectible, lust-worthy exotica being subjected to hoonery that’d give garden party Pebble Beach’ers an aneurysm. Yeah, you get the idea.

Well, the gang is back again, this time rallying a Ferrari F40 GT Prototype. It’s one of roughly seven ever built, likely worth in the neighborhood of $2 million. The driver, whoever he is, drives the pants of this Eighties icon, swinging its tail while keeping the nose nearly still… but something bad happens at the end. At least we think that’s what happens.

Like the production group behind these infrequent, there’s more left unsaid than said. Enjoy