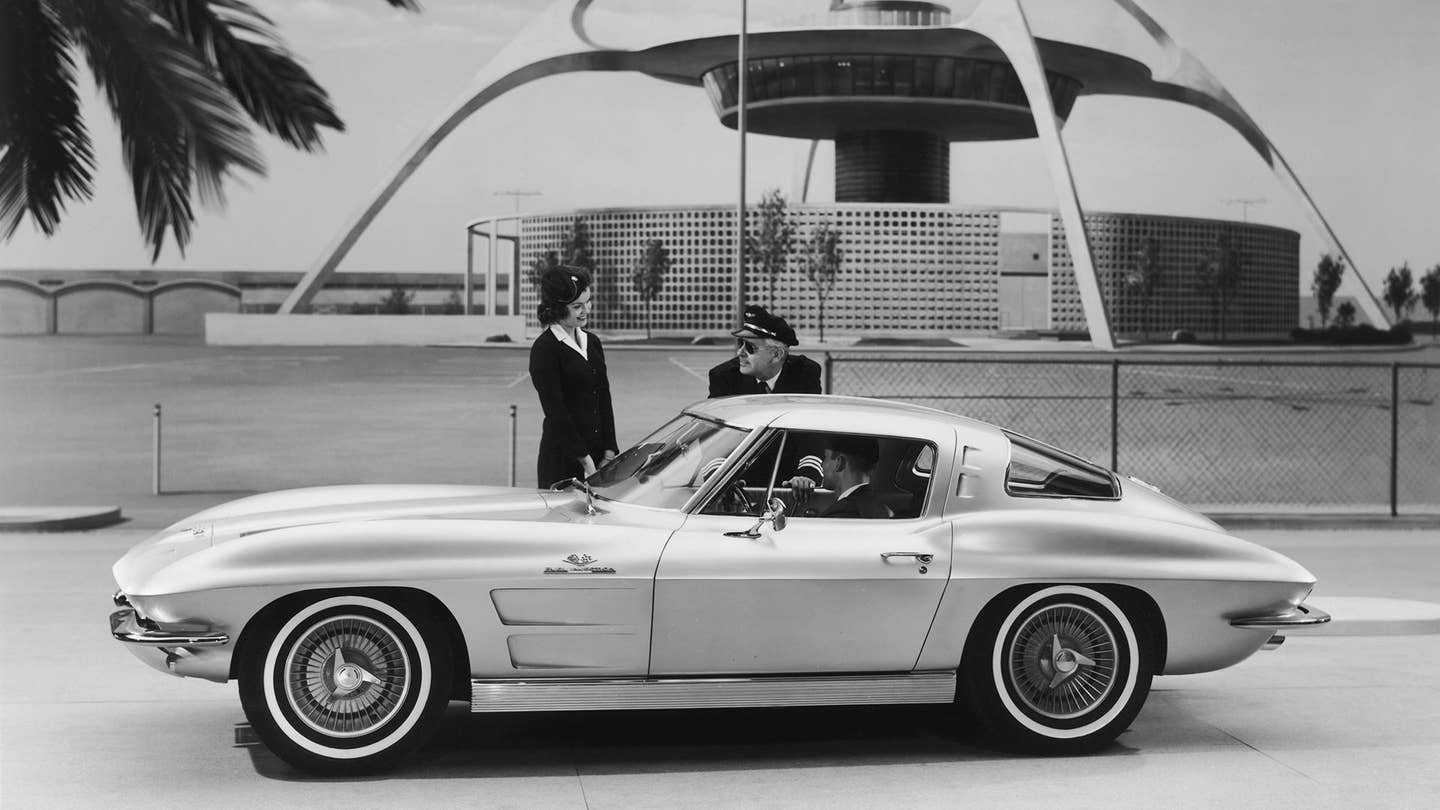 This is what people (your grandparents) are talking about when they refer to air travel as “glamorous,” a word that today describes anything but standing shoeless, beltless and harried with arms raised in a sign of ultimate defeat, X-rays mutating your cells. It is not the gin talking, nor has a deteriorating frontal lobe caused your beloved Nana to hallucinate a time before the TSA and its devices, or imagine an era when waiting for the plane meant getting almost-drunk on Martinis in a TWA lounge furnished with rich red banquettes. This perfect 1963 Corvette Sting Ray, LAX’s extraterrestrial Theme Building and that couple dressed in something besides Juicy Couture sweats and shower sandals are the proof. This is the premier diorama of early Jet Age travel.

Let’s look at the important players. The 1963 Sting Ray coupe was definitively futuristic but remains, in its tautness, timeless. While concept studies of the car had included visions as advanced as a rear-engine layout and turbine propulsion, those technical innovations were dropped in favor of the illustrious Chevy pushrod V8. The spaceship looks stayed: strakes, turbine-blade wheels, hidden quad headlamps and that novel fastback shape. It is, to this day and by broad consensus, the prettiest Corvette.

The Theme Building at LAX, like JFK’s disused TWA terminal, is some of the best of mid-century modern architecture. It looks like a saucer landed on four spindly legs: the perfect other-worldly shape to send folks to the skies. Circa-1963, it seems like going to the airport was the best kind of alien encounter.