The War Zone has now obtained satellite imagery from Planet Labs of Russia's Saki Air Base on the occupied Crimean Peninsula in the aftermath of the still largely-unexplained explosions there yesterday. Aircraft look to have been the hardest hit and specifically targeted, with at least 10 jets seen seriously damaged or destroyed. There is also visible damage to a number of aircraft revetments and other structures, but key infrastructure appears to be unscathed. Uncertainty continues to surround the exact circumstance behind what happened at the base yesterday, as you can read about in detail in The War Zone's prior reporting here.

What is clear from the satellite imagery is that Saki Air Base suffered major damage as a result of whatever happened. The bulk of the damage seems to have occurred at and around a large apron at the southwestern end of the base and a nearby array of aircraft revetments.

When compared to imagery of the base yesterday, it looks as if three Su-24 Fencer swing-wing combat jets, along with an Su-30 Flanker fighter jet, were destroyed on the open apron. Video had emerged yesterday showing at least one Fencer burned out on the apron at the base. A number of adjacent structures appear to have suffered varying degrees of damage.

The Planet Labs imagery shows at least four relatively large craters, all of similar size, amid the revetments. Again based on comparisons with imagery from yesterday, at least three Su-30 Flankers and three more Su-24 Fencers sitting inside revetments were very likely destroyed. Another Su-24 and adjacent structure, along with an additional separate structure, all in this same portion of the base were obliterated, as well. A fifth Su-24 looks to be damaged, too.

The Ukrainian Air Force claimed earlier today that at least 10 aircraft at the base were destroyed. The satellite imagery presents clear indications that the full tally is higher. The total number of people who died or were injured in the incident similarly remains unconfirmed.

Other aircraft appear to have been moved from the apron area to other portions of the base, including the far northeastern end of the taxiway, in the wake of the incident. This includes a Tu-134UBL aircraft, examples of which are in Russian service as navigation and radar trainers for bomber crews and as VIP transports.

Though these aircraft, and others spread across various other portions of the base, appear superficially fine, they may still have suffered significant damage that is not visible in the satellite imagery as a result of the incident. A video clip, seen in the Tweet below, emerged on social media yesterday showing a large metal girder driven through a civilian car, indicating that at least some of the explosions were immensely powerful.

The satellite imagery also shows what appears to be the result of a huge fire raging through open grassy spaces to the northeast of the revetment area and the south of the apron. Pictures and videos taken from nearby locations yesterday showed significant amounts of dark smoke rising from the base after the initial blasts.

What looks to be the base's main munitions storage complex, situated within a double row of fencing, as well as a fuel dump, appear to be unscathed.

A number of what appear to be stockpiles of aircraft munitions, other stores, or equipment at the northern ends of the base, as seen below, also look to be untouched.

In addition, it's worth pointing out that what at first glance may appear to be a very large structure destroyed in yesterday's explosions is actually the remains of a large hangar, which was either demolished or fell apart due to disrepair starting sometime in 2020.

Though it remains unclear exactly what caused the blasts at Saki Air Base yesterday, the clear focus of the damage on areas where combat aircraft were clustered, together with the craters that look to be major munition impact points, only further point to a deliberate aerial attack or strike of some kind. Ukrainian officials speaking on and off the record in the past day or so have variously said that local partisans, possibly working with special operations forces, attacked the base, or that it was struck using some kind of domestically-developed stand-off weapon.

From what we can see in the satellite imagery, the damage, at least in some cases looks to be very localized. This might lend credence to the possibility that armed drones, maybe ones carrying carrying improvised munitions and being operated by individuals relatively close by, were employed in this case.

Still, unless the munitions were substantial, this would not necessarily explain the clear presence of the large craters. There continues to be a discussion about whether Ukrainian forces may have utilized a stand-off strike capability that they were not previously known to have, including a potential small stockpile of domestically-produced short-range ballistic missiles.

Regardless, it seems somewhat unlikely that the damage we're seeing was inflicted during some kind of special operations ground raid – the fact that it happened during the day makes that even less plausible. The craters, especially, are not what you would expect to see from explosive charges emplaced by teams on the ground.

If Saki Air Base was indeed subjected to some kind of air or missile strike, it would underscore a very clear decision by the Russian military to not take more proactive steps to shelter combat jets at this location. This is despite Russia's extensive knowledge of the threat posed by attacks involving small drones after years of fighting in Syria, especially with regards to its Khmeimim Air Base outpost in that country, which led to the construction of a row of more protected shelters there.

No matter what, the Russian Navy's 43rd Independent Naval Attack Aviation Regiment appears to have suffered significant losses, which will have some impact on its ability to contribute to the ongoing fighting in Ukraine. This episode can only be highly embarrassing for Russia whether or not it was the result of an accident, as authorities in the country have insisted and now seems all but impossible, or enemy action that managed to penetrate past the extensive defenses it has arrayed on the Peninsula.

Whether more information about the scope of the damage at Saki Air Base, and what caused it, now emerges remains to be seen. No matter what, it is now clear beyond a shadow of a doubt that the Russian Ministry of Defense's initial claim that no "aviation equipment" was damaged in what it has insisted was an accident was a lie. 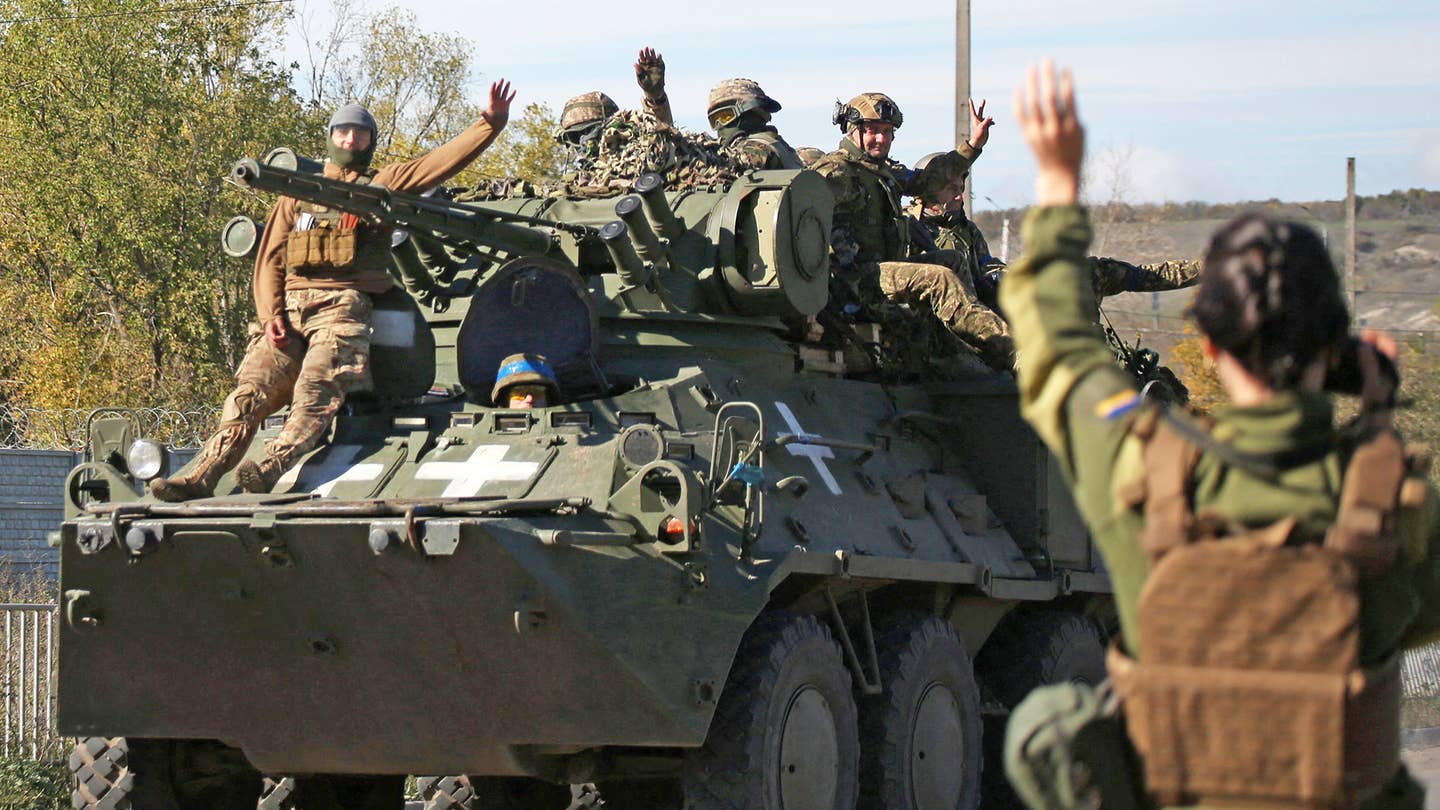