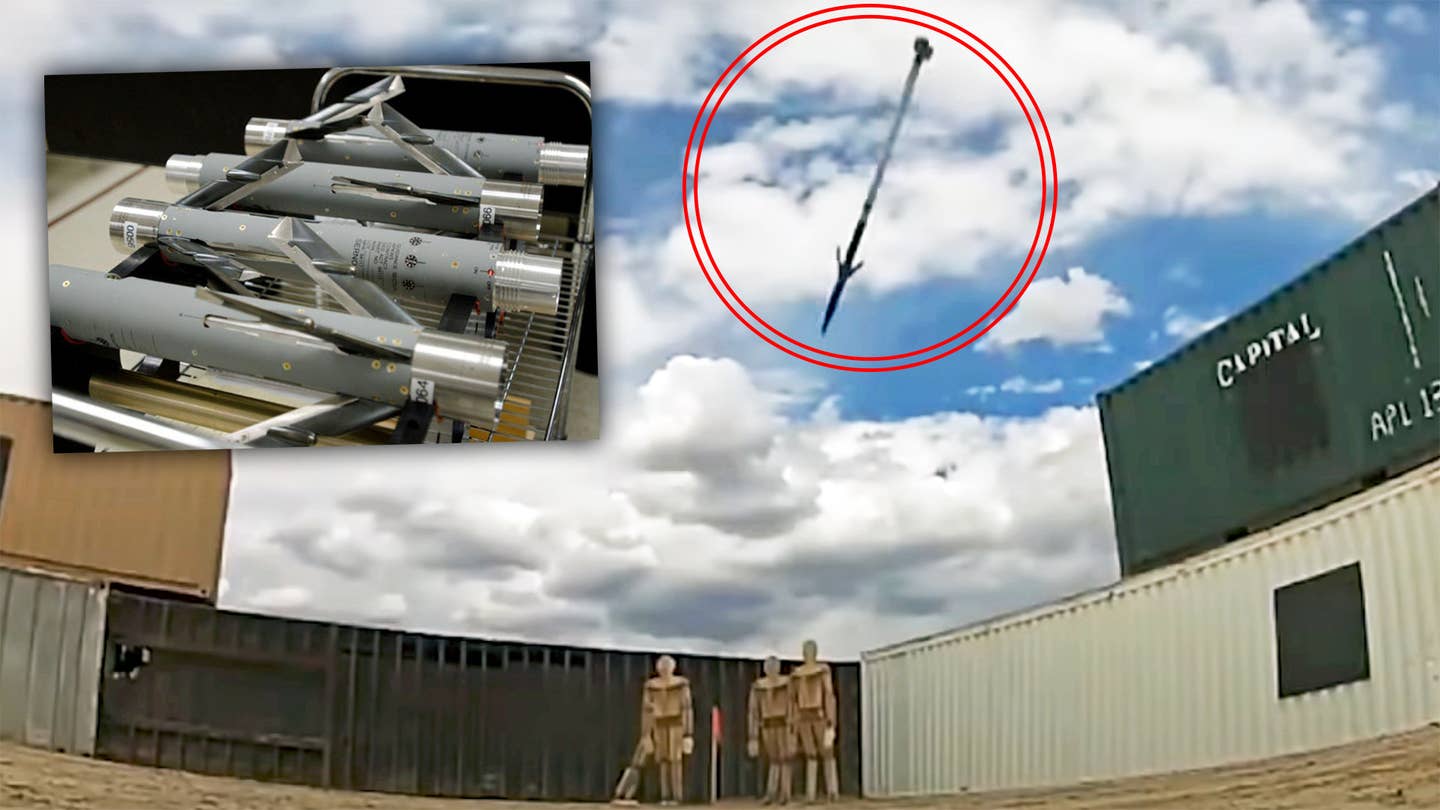 The rising flood of U.S. military equipment into Ukraine includes “laser-guided rocket equipment” that are now confirmed to be Advanced Precision Kill Weapon System II, or APKWS II, types. However, it remains unclear what the Ukrainians will fire them from, as they do not have any platforms that are typically used to employ U.S.-made 70mm rockets.

When the U.S. military's plan to send laser-guided rockets was originally announced, we surmised one scenario might that the Defense Department would draw from its stocks of 70mm Hydra rockets, fitted with BAE Systems’ APKWS II kits, for use on Ukraine's Turkish-made Bayraktar TB2 drones.

Another possibility is mounting 70mm rocket pods on Mi-17 Hip helicopters — the U.S. is sending a group of them that were originally acquired for Afghanistan over to Ukraine to bolster the country's existing fleet. Though the helicopters in this case would benefit from being outfitted with a laser designator to guide the rockets to their targets themselves, it is also possible to provide targeting via another laser designator, such as one on the ground or in the air on another aircraft. A central data bus and computer capable of supporting the rockets would be a key addition to the Hips, as well.

Finally, Ukraine could employ the laser-guided rockets in a ground or surfaced-launched format. BAE Systems has tested a modular system that could fit on vehicles as small as a MRZR buggy, which includes fire control and targeting components, and the rockets themselves encased in a small launcher. Ukraine is already using buggies as anti-tank guided missile platforms, so this would make some sense. In addition, mounting them on larger vehicles or even on small patrol boats could be attractive as well.

APKWS is the only laser-guided 70mm rocket officially in the U.S. inventory and many media outlets and analysts deduced that was the munition being supplied to Ukraine, though the Pentagon was cryptic for weeks as to what "laser-guided rockets" they were talking about. We inquired multiple times about this, but never got a straight answer.

"I agree these are probably APKWS II," Bryan Clark, a senior fellow and director of the Center for Defense Concepts and Technology at the Hudson Institute think tank, told The War Zone in an email before the Pentagon's announcement. “'Laser-guided rocket' really only applies to APKWS. APKWS can be launched from barrel launchers like on helicopters or simple rail launchers that could be locally manufactured."

On May 6, the Pentagon finally confirmed it was APKWS and that it was supplying $22.6 million worth of the guided rockets.

The unguided 13-pound Hydra 70mm rocket was developed decades ago and carried in externally-mounted pods on both rotorcraft and fixed-wing aircraft. They are less accurate than guided missiles, but can be fired in quick succession to cover large areas, especially effective when fired from a hovering helicopter, as the U.S. did regularly in the Vietnam war.

APKWS II is the U.S. government’s only major procurement program of record for 70mm (2.75-inch) laser-guided rockets and therefore it's the most likely candidate for sending to Ukraine. The kit inserts between the Hydra's warhead — which comes in various types — and motor. It includes laser seeker devices on each of its four pop-out forward fins that deploy once the rocket has been launched. As such, APKWS II turns 'dumb rockets' into 'smart rockets.'

As noted earlier, it's still not clear what launch platforms Ukraine could use to deliver them. U.S. rockets are in the size and weight class of what the Bayraktar can carry. The TB2 carries smaller munitions like the MAM-C, a Turkish-made laser-guided missile that weighs just 14 pounds and developed specifically to be light enough for use aboard drones and light attack aircraft. Its larger brother the MAM-L weighs in at 44 pounds. Both have been used to devastating effect against Russian forces in the current war and other recent conflicts.

TB2s are already capable of carrying — or are at least envisioned to be capable of carrying — Roketsan's Cirit, which offers roughly the same 70mm laser-guided rocket capability as APKWS II. But the U.S. doesn't own any Cirits and exporting large numbers quickly, especially to politically sensitive Ukraine, is likely a challenge. As such, integrating APKWS on the TB2 is a much more attractive proposition. For soft to lightly armored targets, the APKWS II is a perfect weapon and each Turkish-made drone could theoretically carry multiples of them.

With appropriate targeting equipment, the APKWS II has performed sniper-like precision strike missions, for example taking out ISIS fighters hiding in dense cover and through doorways and windows.

That capability was proven out in 2015, when the upgraded rockets were the primary armament for a pair of refurbished OV-10 light attack aircraft during secretive missions in Iraq. The type also offers a bit of standoff distance for engaging more heavily defended targets, like point air defense systems.

The 25-pound APKWS II has been fired from many aircraft, including pretty much every model of U.S. attack and utility helicopter, as well as the F-16, A-10, AV-8B, and the F/A-18 Hornet family of jets, to name a few. To our knowledge, the weapon has never been fired from a drone, but has been tested from ground vehicles.

When it comes to weapons readily available for transfer to Ukraine, the U.S. military has a lot of 70mm rockets and buys thousands more every year. The Army alone plans to buy 60,000 unguided rockets in fiscal 2023 alone. BAE Systems, which builds the APKWS II seeker kit, is tooled to build 25,000 of them per year and is expanding production, according to its website. It has already delivered 37,000 units in six years of production.

Russia has developed its own laser-guided rockets, in the same vein as APKWS, but they are likely not in widespread use based on what we have seen in terms of imagery from the conflict.

Whichever platform — or platforms — receives the guided rockets, they will be put to good use and their potential for success could result in even more interest from foreign customers than already exists today.