Ukraine Situation Report: U.S. Says Some Russian Units Are “Falling Back” In Kherson

The Pentagon acknowledges Ukrainian breakthroughs as a result of its offensive in the south around Kherson.

The U.S. military has confirmed that an ongoing Ukrainian offensive in the south around the city of Kherson has in some places broken through the frontlines and that some Russian units are retreating as a result.

“We are very sensitive to not getting ahead of the Ukrainians,” Pentagon Press Secretary Air Force Brig. Gen. Pat Ryder said during an August 31 media briefing. “I think you’ve heard some of their public statements, not the least of which is their president, talking about the need for operational security.”

“What I will say is that we are aware of Ukrainian military operations that have made some forward movement and in some cases in the Kherson region … Russian units are falling back.”

The entire Pentagon press briefing is available in the below video.

Rumors of major Ukrainian counterstrikes in the southern and/or eastern parts of the country have cropped up periodically since the war shifted to that sector in April. However, now Ukrainian, American, and other allied officials have acknowledged the operation and its so-far modest successes.

Brig. Gen. Ryder added that the U.S. military is focused on working with Ukraine and the myriad nations also pitching in security assistance, intelligence, and other support “to ensure they have what they need to fight against Russia in their homeland.”

“We have a routine military-to-military dialogue with Ukraine at many levels,” he said. “I’m not going to get into the specifics of what those engagements are but, generally speaking … it’s providing the Ukrainians with the information they need to better understand the threats that they face and defend their country. It’s important to point out that, ultimately, it is the Ukrainians that are making the final decisions when it comes to operations.”

Whether future security assistance will come from existing Defense Department weapon stocks or through the U.S. Security Assistance Initiative, Ryder said “we will use the mechanism that best supports Ukraine in partnership with our partners and allies.”

With the once stagnant artillery slugfest in Ukraine’s south now shifting again toward more dynamic fighting, there is a lot to cover in today’s report. Before we get to the details, familiarize yourself with our most recent rolling coverage update here.

The Pentagon’s assessment of Ukraine’s battlefield progress fits with much online speculation of how effective Ukrainian forces have been at punching through Russian defenses around Kherson, north of the Dnipro River.

The U.K. Ministry of Defense also acknowledged Ukrainian breakthroughs on Wednesday. Kyiv’s forces launched a multi-pronged assault in the south on Monday and have continued hitting Russia’s Southern Grouping of Forces “on several axes,” according to the U.K. MoD’s latest intelligence assessment of the war.

A team of nuclear experts from the United Nations and the International Atomic Energy Agency has touched down in Ukraine. They arrived on August 31 in the city of Zaporizhzhia with hopes of being able to visit the nearby Zaporizhzhia Nuclear Power Plant, Europe's largest and provider of a significant portion of Ukraine’s electricity. The team’s planned visit to the plant, which has been occupied by Russian troops since March, is the result of six months of diplomatic wrangling. The facility has been a source of major concern to the international community as it is very much located in a war zone and Russia has been using it as a military staging base. In addition, exchanges of fire between both sides have been centered around the complex. Fears of a nuclear catastrophe are clearly growing.

Kira Rudik, an outspoken member of Ukraine’s parliament, said on Wednesday that the IAEA mission, which plans to inspect the reactors and prevent a nuclear incident, should include the facility being turned back over to Ukraine for safeguarding.

Having made it to Zaporizhzhia city, which lies some 35 miles northeast of the power plant, the team may now have hit a snag accessing the facility. Russia has refused to grant the international nuclear experts special access to the plant or allow them to carry out their inspection over multiple days, as had originally been planned. The Russian government's ostensible justifications for these changes to the terms of the visit are unclear, but they have put the entire trip in limbo.

“The delegation is standing in line at a checkpoint in Ukrainian-controlled territory, as Russian occupiers argue that they could reach the plant from Russia without any obstacles,” the Kyiv Independent news service said.

Back to Russia's warfighting efforts, the same Ukrainian outlet claimed Russian independent media is reporting that Moscow’s forces will suffer an “acute shortage of weapons” by year-end. Guided missiles, artillery shells, and armored vehicles all are expected to be depleted by the end of 2022. This is just another of many reports going back months stating that Russia's advanced weapons stockpiles are quite limited and are becoming depleted to levels the Kremlin likely never would have imagined when the invasion began. These reports are growing more numerous, acute, and detailed in recent weeks.

Volodymyr Tymoshko, police chief of Kharkiv, said during a televised speech that Russia again struck the city with S-300 missiles, which are primarily used for air defense, but have a relatively crude land attack capability. The continued use of these weapons in a surface-to-surface role — which The War Zone was among the first outlets to report on — is another sign of a shortage of more accurate and harder-hitting Russian land-attack cruise and ballistic missiles. Russia also just stripped its 'gifted' S-300 battery from Syria and shipped it to a port on the Black Sea. You can read more about this odd movement here.

Still, Germany's Defense Minister Christine Lambrecht on August 31 warned that NATO must not underestimate Russia’s military strength and that the Russian Army could still open up a second front.

NATO Secretary General Jens Stoltenberg spoke with Lambrecht the same day and said the two had a productive conversation about increasing support to Ukraine.

Asked whether recent reports that the U.S. military’s own stocks of artillery shells and other weapons are running perilously low because of the massive amounts of armaments donated to Ukraine, Pentagon Spokesman Brig. Gen. Pat Ryder simply said “No.” The question was spurred by multiple reports that U.S. weapons stocks are running into dangerous territory and can not be quickly replenished.

He went on to say that more aid for Ukraine was on its way and that the U.S. is not at risk of running out.

“We are not running out of aid,” Ryder said.

Military aid from the U.S. and other NATO nations continues to show its effectiveness on the battlefield, Ryder said. That includes the below video of Ukrainian artillerists firing, packing up, and hauling away an M777 155mm howitzer in about a minute flat. NATO-style training undoubtedly contributed to the practiced, coordinated ballet of readying the cannon for transport quickly enough that it will in all likelihood evade Russian counter-battery fire.

HIMARS manufacturer Lockheed Martin recently published a poll asking respondents to vote on the “coolest thing made in Arkansas,” where it makes the launchers in the city of Camden. That prompted the Ukrainian Ministry of Defense to reply that HIMARS gets its vote, saying “If our word on how cool HIMARS is is not enough for you, go ask the Russians.”

Though it has relied heavily on weapon donations from friendly nations, Ukraine also has since the beginning of the war aggressively coopt abandoned or damaged Russian equipment. The New York Times reports that as much as 80 percent of the current military supplies available to some units were captured from the Russians and turned back on the invaders.

One such captured vehicle is the MT-LBVM armored personnel carrier seen in the below video. Now in service with the Ukrainian Army, the vehicle appears to have been captured from Russian forces and upgraded with a 23mm autocannon.

A crew of Ukrainian tankers is claiming to have achieved the longest-range tank kill in history at about 6.5 miles. That claim is almost impossible to verify and for a Soviet-era T-64 tank first fielded in the 1960s seems very improbable. But Ukraine’s tanks have undergone a series of weapon, firing system, sensor, and software upgrades that, coupled with more modern 125mm ammunition and fire corrected by drones, could make the feat possible. Still, if true, the kill apparently took 20 rounds to achieve.

We will continue to update this post until we say otherwise. 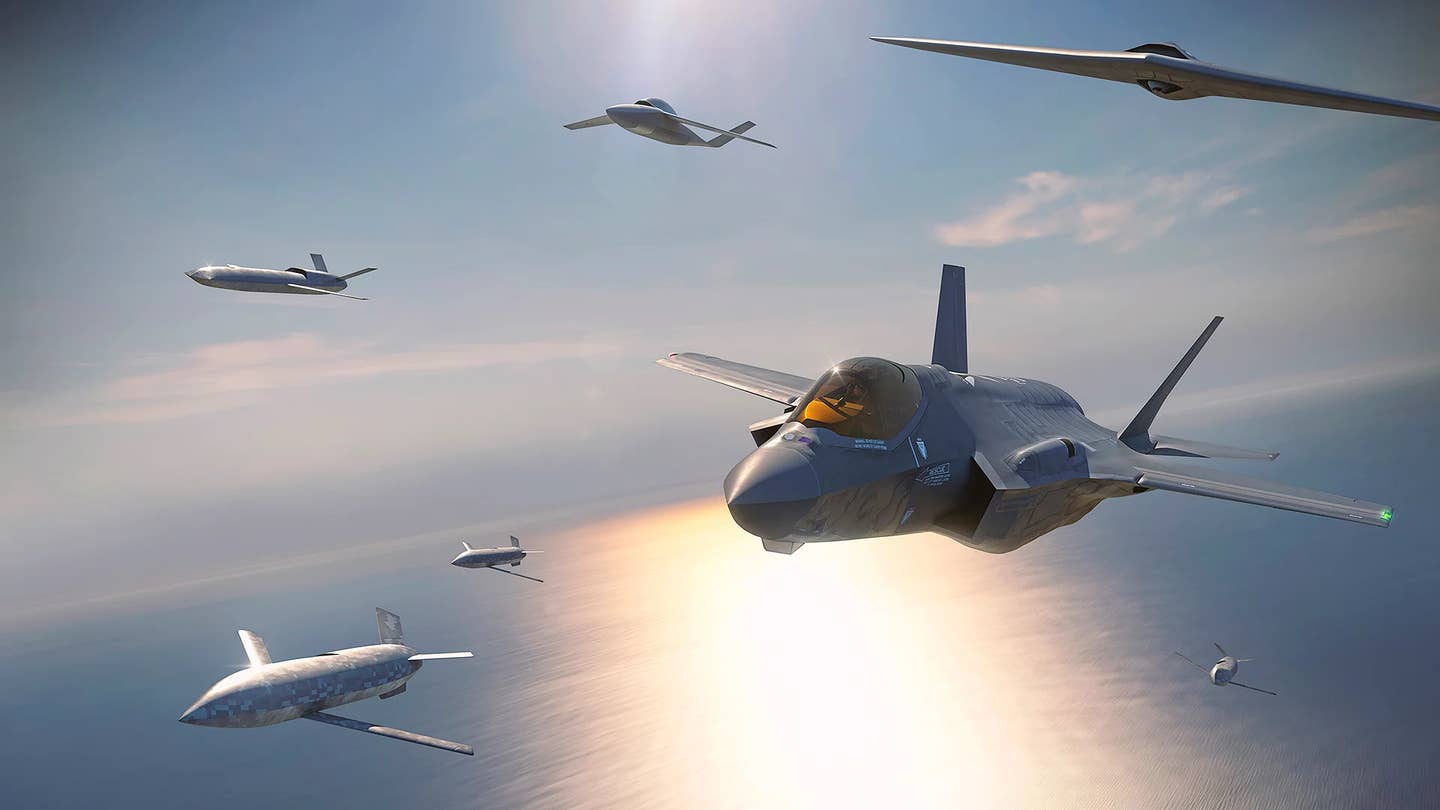