Russia admits its Black Sea flagship has sunk, but the circumstances remain murky.

Russia's Ministry of Defense says that the Project 1164 Slava class cruiser Moskva sank while being towed back to port today. The cruiser had been severely damaged by an explosion overnight that forced the crew to abandon ship.

Ukrainian authorities claim to have struck Moskva with domestically-developed Neptune anti-ship missiles, but exactly what happened remains unconfirmed, as is the extent of the damage and whether there were any casualties. If the Ukrainian claims are borne out, this would be by far the most significant naval loss in combat anywhere in decades. Regardless, this is a huge loss for the Russian Navy. You can read more about what is known about this incident so far here.

The U.S. military is looking to begin quickly delivering elements of a new $800 million military aid package for Ukraine, details of which were officially announced yesterday. American officials say they are also working out the details of arrangements to train Ukrainian personnel to operate certain weapons and other systems that they are now set to receive. You can read more about what Ukrainian forces are in line to get from the United States here.

The new military assistance package adds to a host of other aid that the Ukrainian armed forces have received from the United States and other countries since the conflict began. U.S. officials say Ukraine's military needs more help than ever now as indications grow that Russian forces regrouping and resupplying ahead of all-new offensives in the southern and eastern ends of the country.

The War Zone readers can get themselves up to speed first as to what has transpired in the conflict recently with our preceding rolling coverage here.

The Russian Ministry of Defense says that Moskva "lost its stability" as it was being towed back to an unspecified port due to damage to its hull from the incident overnight. A storm that has been raging in this part of the Black Sea was said to have been an additional factor. The port in question where the ship was headed was most likely the Savestapol naval base on the occupied Crimean Peninsula.

At a press briefing this afternoon, Pentagon Press Secretary John Kirby had provided additional comments about the state of Moskva, disclosing that the U.S. military had assessed to have still been on fire well into this morning and that some of the crew had been able to evacuate. Earlier in the day, Kirby had said that the American authorities had indications that the cruiser was moving under its own power after the incident, but he subsequently said that this was based on the information that was available at the time. "We are no longer able to make that certainty today, this afternoon," he added.

Kirby said the Pentagon still cannot confirm or deny the claims that Ukrainian missiles were responsible for the damage to Moskva. A senior U.S. defense official had previously said that they could not refute claimed strikes, either, pointing out that the Russian cruiser would have likely been well within the range of Ukraine's Neptune missiles.

The U.S. assessment earlier in the day had been that the ship remained afloat, despite reports that it sank as a result of the initial incident. Whether or not this was true at the time or not, by the Russian government's own admission the ship has now sunk.

Pentagon Press Secretary Kirby further noted earlier that the Russian Navy still retains significant combat capacity in the Black Sea region. He added that even if Moskva has been put out of commission for an extended period of time. this would be unlikely to have an impact on the Russian military's ability to launch cruise missile strikes against targets in Ukraine. He did point out that Moskva was a significant air defense asset for Russia in the region and this could have operational impacts.

The U.S. military says it will train small groups of Ukrainian personnel on the use of certain weapons and other equipment that are included in the $800 million aid package that was announced yesterday. Systems that will require Ukraine's forces to receive some amount of training on include the 155mm howitzers and ground-based radars. The current plan is to conduct the necessary training at an unspecified location or locations in Europe using a "train-the-trainer" model, where the Ukrainians in question would then return to their country and instruct others.

The expectation is that it will take approximately four weeks for the U.S. government to deliver all everything included in this $800 million aid package to Ukraine. Military assistance from the United States and other countries has been and continues to pour in already. The last of a previously announced tranche of Javelin anti-tank missiles is currently set to head from the United States to Ukraine before the end of tomorrow. Ukrainian forces have received thousands of these weapons already and have used them to particularly good effect against their Russian opponents. At the same time, whether or not the United States can keep up with demand for these missiles, as well as Stinger shoulder-fired surface-to-air missiles, also known as man-portable air-defense systems, has become a hot topic of debate, as you can read more about here.

The U.S. military said specifically that the new military aid for Ukraine was prompted at least in part by Russian forces redoubling their efforts in the southern and eastern portions of the country, as well as regrouping and resupplying units in adjacent areas of Russia. All of this only adds to the indication that new Russian offensives are in the works.

The U.S. military continues to assess that the Russian military's appointment of a new commander, Aleksandr Dvornikov, to lead operations in Ukraine is an attempt to rectify serious command-and-control shortcomings that have hampered its ability to succeed on the battlefield. American officials have expressed skepticism that Dvornikov, who does have significant, if controversial experience leading Russian forces in combat operations in Syria, will be able to straighten things out quickly.

A senior defense official today raised the possibility of spring weather in Ukraine causing issues for any future Russian offensives. There has been much discussion, even before Russia launched its invasion, about whether muddy terrain would limit its ability to effectively employ its heavier mechanized forces.

Russian officials claimed earlier today that Ukrainian helicopters struck the village of Klimovo in the country's Bryansk region in a cross-border raid. Authorities in Ukraine have denied any involvement in the Klimovo strikes, which reportedly injured a number of Russian civilians. There is no hard evidence one way or the other at present to confirm or refute the Russian allegations. At least one Ukrainian official had also denied reports that a pair of Ukrainian Mi-24 Hind attack helicopters had struck a fuel depot in Russia's Belgorod region earlier this month.

William Burns, the director of the U.S. Central Intelligence Agency (CIA), said today that heated Russian rhetoric surrounding the use of nuclear weapons continues to be worrisome, especially given the lack of success the country's military has had in Ukraine so far. At the same time, he said that there have been no indications of those remarks translating into actual actions.

The U.S. government is considering sending one or more senior U.S. officials to Ukraine. This announcement follows visits by the leaders of a number of NATO member states to the country just in the past week. The French government also said today that it would be resuming work at its Embassy in Kyiv, after previously shifting diplomatic operations to the far western city of Lviv for security reasons. 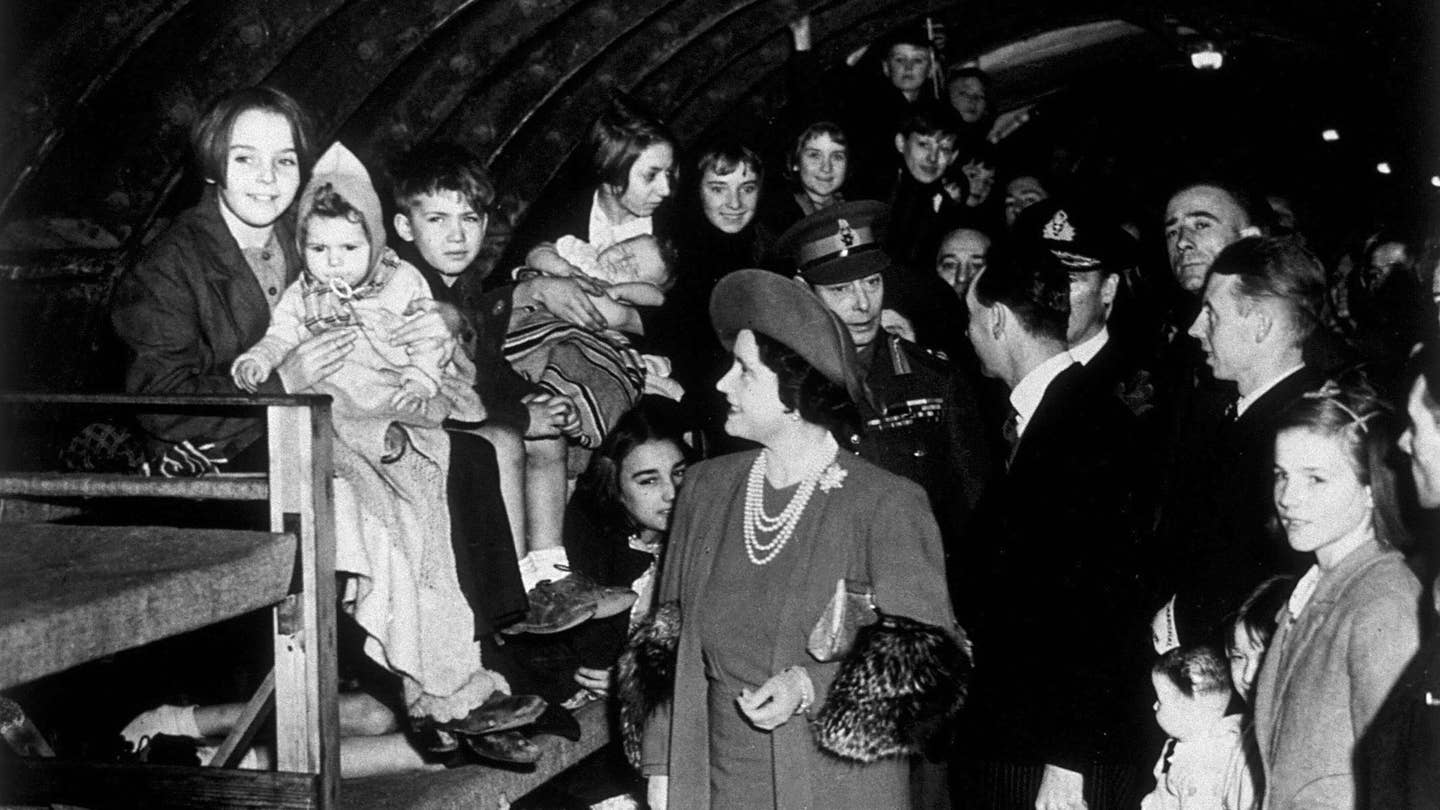 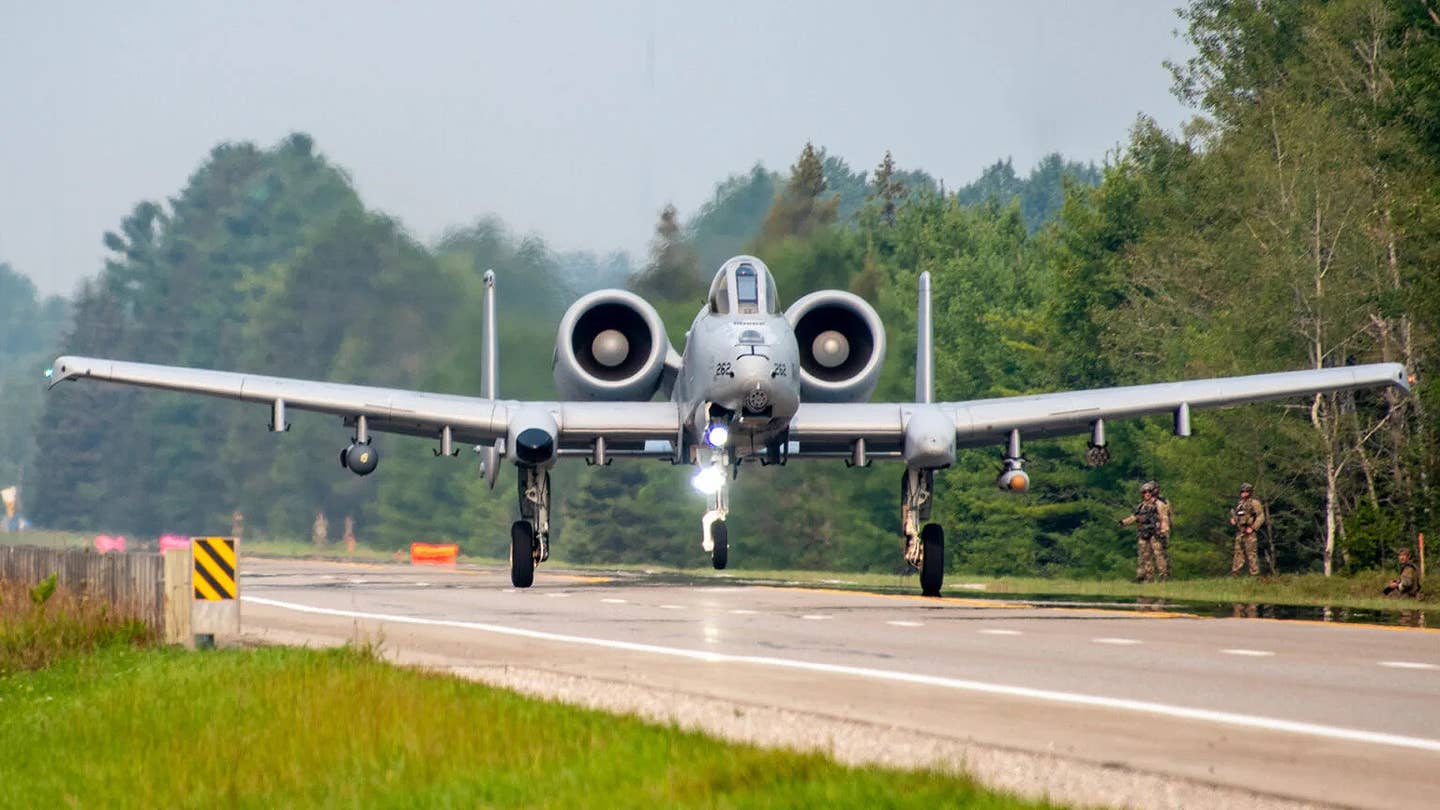 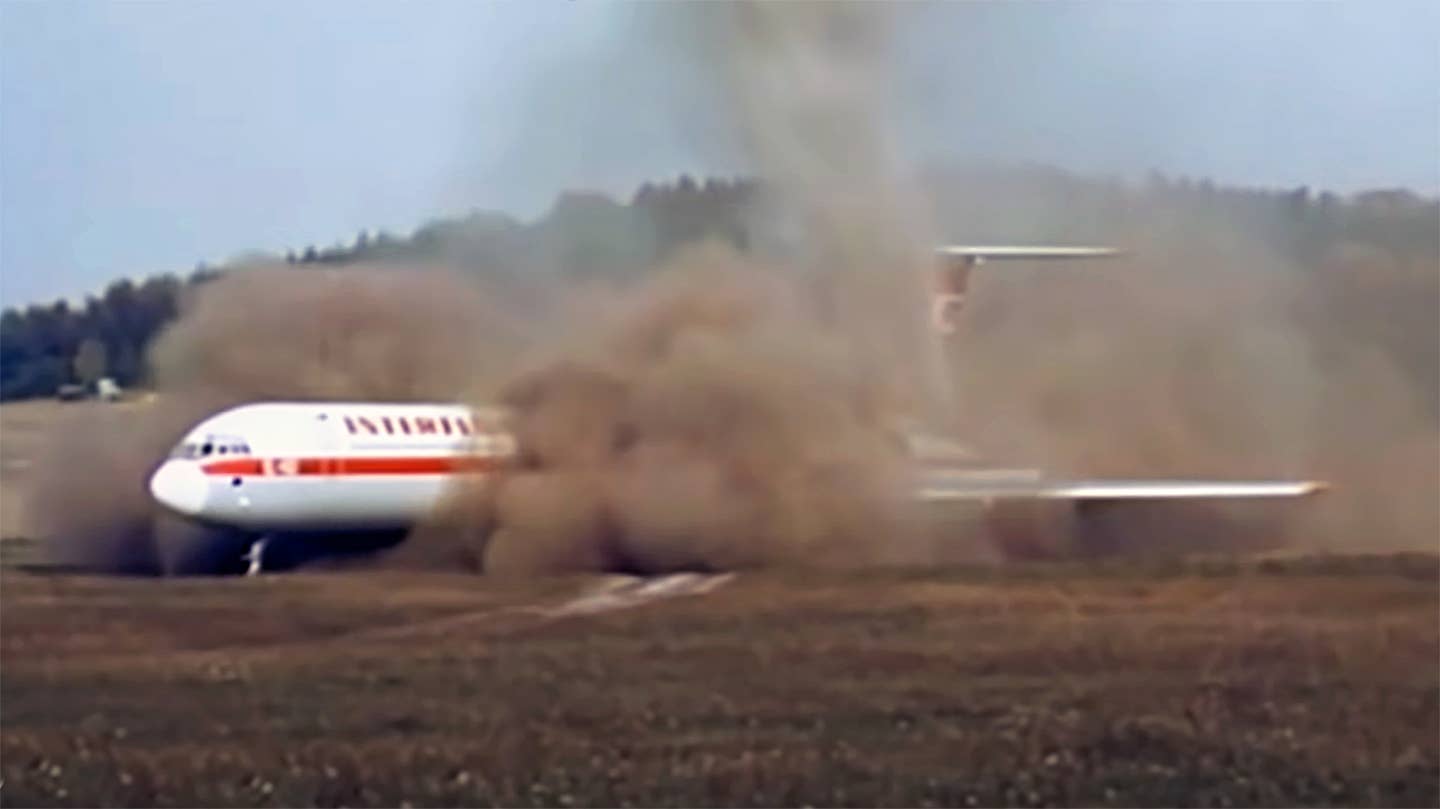 The Il-62’s nail-biting landing in a grassy and dusty field happened so it could become a memorial to Germany’s rich aviation history.