BMP-T Terminator fighting vehicles have been deployed to partake in the Donbas offensive as stiff resistance has stalled major progress for Russian forces.

The Russian Army has reportedly deployed its sole operational company of BMP-T Terminator armored fighting vehicles to the Donbas frontline as Russian forces struggle for a major breakthrough.

The British Ministry of Defense noted the vehicles' deployment in an update early Sunday. The update stated the Terminators' presence likely indicates the Central Grouping of Forces, some of the same units involved in the costly failed offensive on Kyiv earlier in the invasion, are a part of the latest Donbas push.

Although a new system at the front, the small number of operational Terminator vehicles means they are unlikely to be a decisive factor in the campaign. While there have been rumblings and sporadic pieces of evidence pointing to them being moved to the front lines, the MoD's assessment is the first official confirmation of those rumors. We wrote about these vehicles and their capabilities during the buildup to the invasion when they were spotted supposedly heading towards the border. You can read that report here.

Video reportedly from an area east of Popasna showed a pair of the BMP-Ts heading west in the city of Pervomais’k, with other photographs from Sunday showing them along with VDV BMD-2 and BTR-D vehicles near Severodonetsk.

The BMP-T grew out of Russian combat experience from its wars in Chechnya, where dense urban environments became a graveyard for traditional Russian armored vehicles and tanks with short lines of sight and shooting angles often outside some turrets' reach. Either independently or in support of tanks, the BMP-T has numerous short-range weapons systems to quickly suppress an enemy position across wide angles of fire, particularly against enemies at elevation in tall buildings.

Terminators being moved to the front lines could be interpreted in multiple ways. The major losses of Russian armor and the dissarray of some of its deployed units is no secret, nor is their desperation to make any significant progress in the already massively truncated operation in Ukraine.

That being said, before heading into this weekend’s update on the war in Ukraine, The War Zone readers can catch up on our previous rolling coverage here.

Here’s the most recent control map on the fighting from the British Ministry of Defense.

According to a Reuters report, Duda emphasized Ukrainian sovereignty and received a standing ovation for his remarks.

“Only Ukraine has the right to decide about its future,” Duda said. “Nothing about you without you.”

Poland has been one of NATO’s strongest Ukrainian backers with military, logistical, and humanitarian aid given their shared border. Much of the western supplies delivered to Ukrainian forces go through the Polish city of Rzeszow, where the city’s airport is a major hub for incoming cargo only an hour's drive from the Ukrainian border.

On the 88th day of the war, Russian Army vehicles finally entered the heart of Kyiv, but in pieces.

Numerous captured and destroyed Russian vehicles, including tanks, infantry fighting vehicles, and an electronic warfare vehicle were on display in Mykhailivska Square in downtown Kyiv.

The display in Kyiv comes as frontlines in the east appeared to stabilize this weekend, with neither side able to achieve a breakthrough. Ukrainian losses are mounting, according to a statement from President Zelensky in a press briefing that between 50-100 soldiers may be dying each day on the eastern front.

With Ukraine having fully mobilized for the war, unlike the Russians, it’s not clear how serious those losses are from a manpower perspective, and we don’t know if this figure is specifically soldiers killed or just casualties in general. Trained soldiers aren't an easy resource to quickly replace either permanently or temporarily, and any kind of battle casualty generates a logistical strain with treatment and evacuation. Zelensky has recently stated that Ukraine has 700,000 soldiers and militiamen at its disposal. Of course, the capabilities of those forces vary greatly and that likely includes air and naval components, as well. Russia has a fraction of that force size deployed to Ukraine and the region. At its height, the most generous estimates put it at around 175,000. Today that number is likely substantially less, including wounded and killed, that number in the tens of thousands. Other estimates state that roughly a third of Russian forces originally deployed are out of action or combat ineffective three months after the invasion began.

Zelensky also spoke Saturday about the war's continued and looming impacts on worldwide food supplies with a Russian blockade preventing Ukrainian exports. In a report from The Hill, Zelensky said without a plan to resume food exports, the ongoing energy crisis stemming from the war will grow into one of hunger.

Ukrainian forces claim to have shot down a Russian Su-25 Frogfoot in Luhansk Oblast, the first such shootdown in the area in some time. It is not immediately clear what anti-air system got the kill, or if the jet crashed for some other reason.

Both Ukrainian and Russian Su-25s are a common sight over the frontline in recent weeks with favorable weather allowing for their high-speed, low-altitude attack runs dropping infrared countermeasure flares as they go.

There’s also footage this weekend of Ukrainian forces destroying a Russian Army 2S4 Tyulpan mortar carrier near Luhansk. A view from above shows the vehicle attempting to hide in a cluster of buildings before taking a direct hit, burning, and later catastrophically exploding.

The 2S4 is the world’s largest mortar system in use with its 240mm shells, and Russian forces recently used laser-guided rounds against Ukrainian forces defending the Azovstal steel plant in Mariupol. 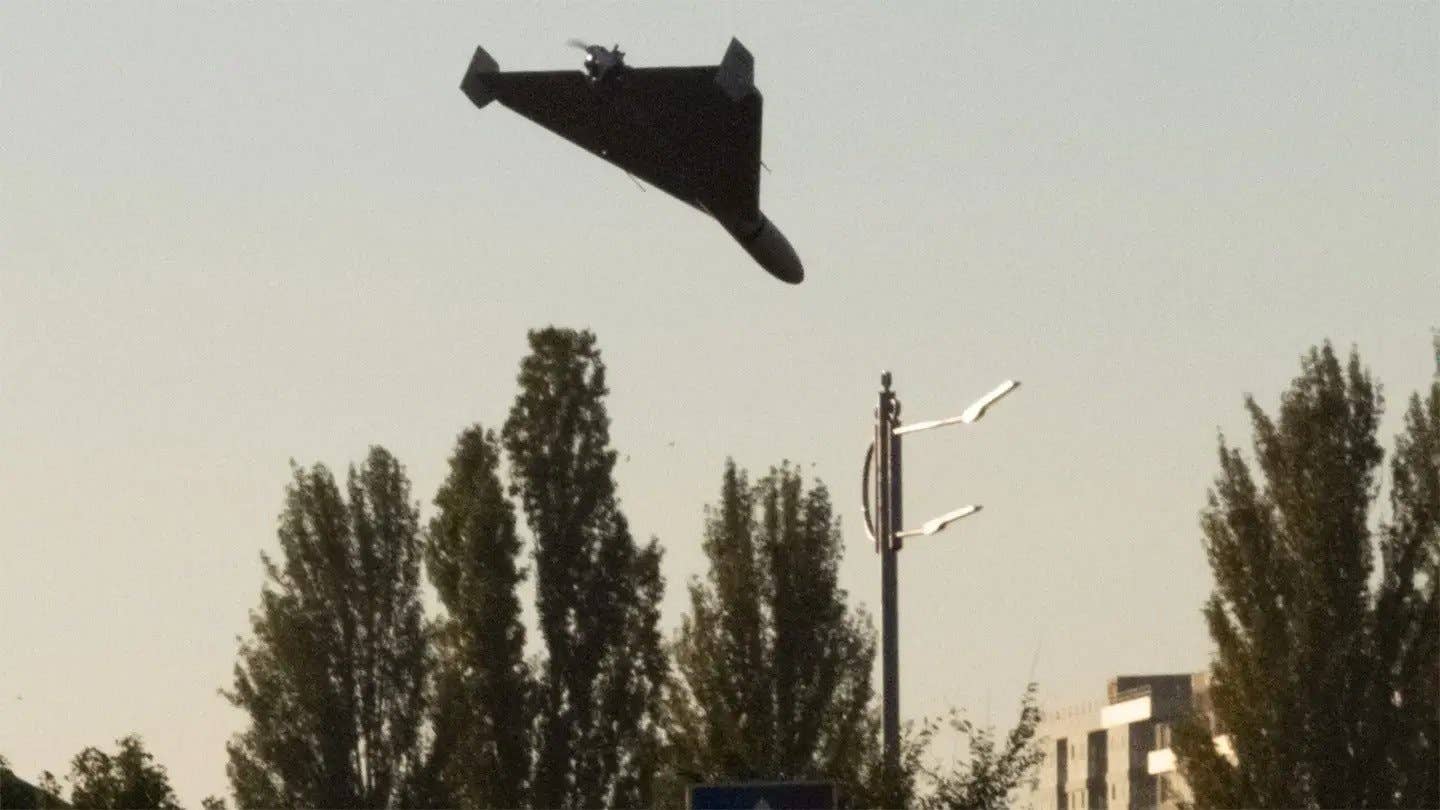 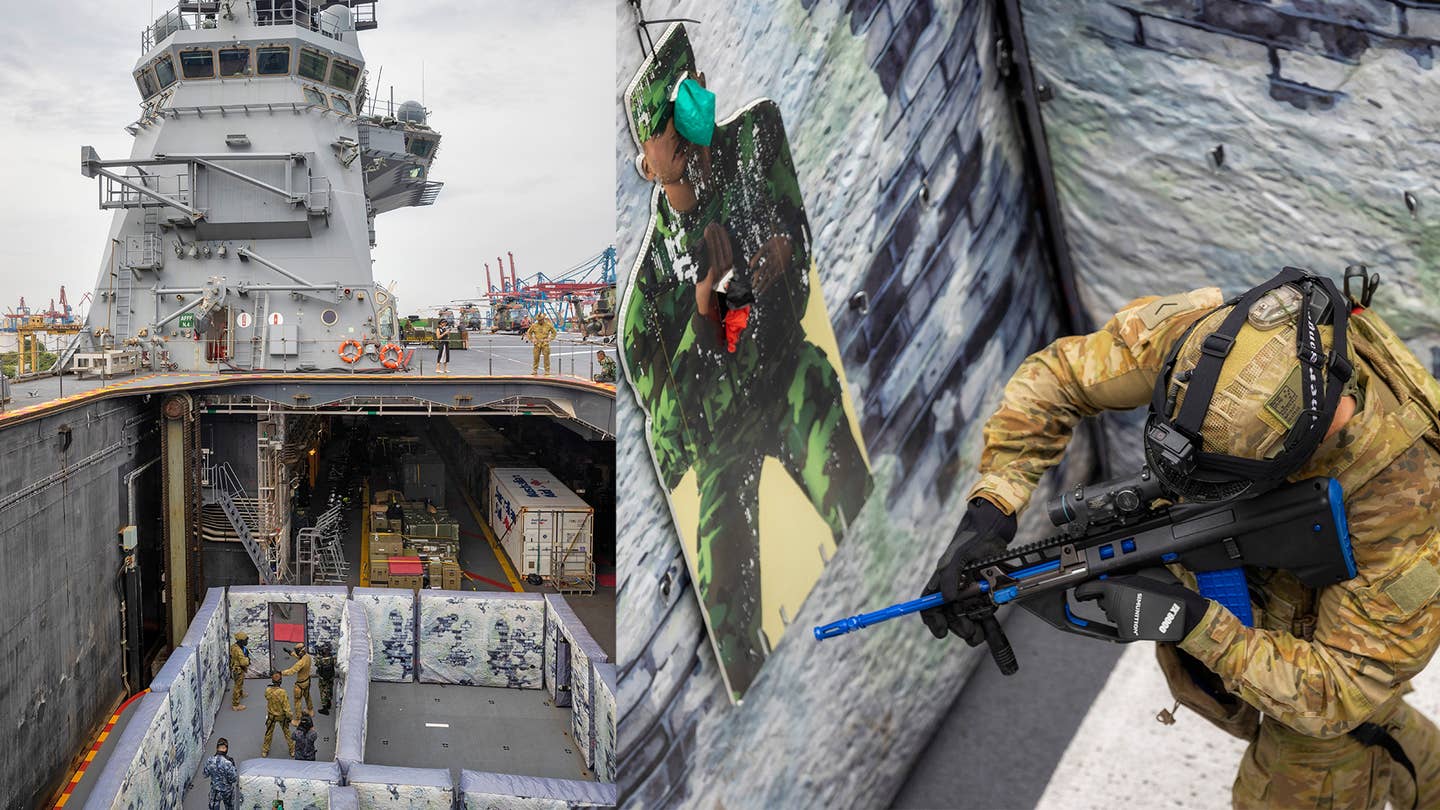