There are indications that Russia may be abandoning Kherson City, but Ukraine says they are digging in for a long fight.

The removal of a Russian flag from the regional administration building in Kherson City is not a sign of surrender, but an attempt at setting a trap for Ukrainian troops, a Ukrainian intelligence source told The War Zone Thursday.

“The lowered flag is a trick,” said the source, speaking on condition of anonymity in order to share sensitive information.

That confirms what Natalia Humeniuk, the head of the joint territorial press center of the Defense and Guard Forces of the South, told reporters Thursday.

“The removal of the Russian flag in Kherson is an informational stuffing to lure the Armed Forces of Ukraine,” said Humeniuk. “In fact, the military of the Russian Federation create borders around the city, prepare for street battles and settle under the guise of civilians in private houses of Kherson residents. The Russian army is looking for tactics to save face.”

Russian forces are not planning a quick withdrawal from Kherson City, despite trying to display outward appearances that they might, the Ukrainian intelligence source said.

“They are preparing for a long defense,” said the source. Last week, Ukrainian Maj. Gen. Kyrylo Budanov told The War Zone that Russia has placed its best troops in Kherson City.

“The most trained and most capable Russian units are currently in Kherson,” he said. “A large share of them are from airborne troops of the Russian Federation, Russian special operation forces and the naval infantry, so the most capable units that Russia has. Those units form the backbone of the grouping and it's being strengthened by the mobilized personnel also.” You can read about that and much more here.

Despite claims by Ukrainian officials, there have been conflicting messages and images, however, emerging from Kherson City and the disposition of Russian operations there. Ukrainian officials say a forced evacuation has been suspended due to attacks on a Dnipro River crossing while a Russian-installed official says the evacuations are still ongoing.

In addition, images emerged Thursday on Twitter showing what appears to be some key checkpoints in Kherson City abandoned by Russian troops.

Some Russian troops had been driving through the streets of Kherson City ordering citizens to evacuate, Serhii Khlan, a Ukrainian deputy administrator of Kherson Oblast said during a press conference Thursday.

But any effort to evacuate Kherson City is being severely hampered by continuing Ukrainian strikes against a Russian pontoon bridge constructed near the Antonovky Bridge in Kherson City, which was previously rendered impassible by Ukrainian strikes. You can read more about that here and here.

The Russians “announced that the so-called evacuation is over” and that “river transport is prohibited for private individuals,” Khlan said. The announcement was made after “our artillery worked on their positions by the river crossing,” which destroyed a pontoon bridge across the Dnipro River, forcing the Russians to use boats instead.

Images have also emerged of some of those boats apparently destroyed in Ukrainian strikes.

The Ukrainians also apparently struck around the Kherson shipyard as well.

Contrary to what Khlan said about civilian evacuations from Kherson City being halted, Russian-installed Kherson official Kirill Stremousov on Thursday continued to urge all civilians to evacuate, while insisting "at the moment everything is fully under control."

“People remain in Kherson today,” Stremousov said on his Telegram channel Thursday. “The remaining residents of Kherson put themselves in danger. The Nazis, with the help of American weapons, do not stop shelling the peaceful infrastructure of the city. Residents of Kherson may continue to evacuate from the right-bank part of the Kherson region. The movement of civilian vehicles from the right to the left bank of the [Dnipro] will continue and will be carried out in the same way as before - through Rechport [river port].”

There are also Russian evacuation efforts underway in Nova Khakovka, a city about 40 miles to the east on the other side of the Dnipro River where Khlan said Russian troops are forcing civilians out of their homes and Russian troops, dressed as civilians, are in turn moving into some of those dwellings and other buildings there.

That city is also the site of the Khakovka Hydroelectric Power Plant dam, which Ukrainian officials say has been mined by Russians who may be plotting to partially destroy it to slow down Ukranian advances in the region.

“The occupiers do this on purpose in order to leave [that area] without communication, without GPS. Because the occupiers have now set up a large number of alternative crossings, ferries, pontoons, by which they move their equipment. They are now destroying these towers so that there is no communication, so that it is not possible to track the movement of their equipment.”

It is unclear whether the images posted on Twitter Wednesday showing what appears to be a fiery explosion near the dam is connected to this.

“I don’t know about the dam,” the Ukrainian intelligence source told The War Zone.

At the same time, Russians are also building up cement fortifications near the dam, said Khlan.

The timing of a Ukrainian attack on Kherson City is not yet known. Budanov on Friday told The War Zone that the operation would last through November.

“The intensification of hostilities in the Kherson region may occur in the next one–and-a-half to two weeks, fighting in Kherson itself is possible,” said Stremousov, the Russian-installed Kherson official.

Elsewhere on the battlefield, Ukrainian forces are continuing counteroffensive operations in the Luhansk Oblast while Russians continue to press attacks in Donetsk Oblast, according to the latest assessment from the Institute for the Study of War.

Michael Kofman, director of Russian studies at the CNA think tank, just came back from Ukraine and offered his observations that included:

“Russia’s military appears at its most vulnerable going into the winter, but [Ukraine] has seen some modest impact from the [Russian] mobilization,” he said in a Tweet thread Thursday. “Troops are being deployed to try and stabilize Russian lines, and increase force density relative to terrain.”

The situation in Kherson “is clear as mud. Russian forces seemed to withdraw from some parts, evacuated, and drew down, but also reinforced with mobilized personnel. The fighting there is difficult. Despite constrained supply, Russian forces do not appear to be out of ammo.”

The “preponderance of evidence points to a Russian decision to steadily retreat from the right river bank and avoid being cut off there, while also trying to exact a high cost.”

And while “strikes across Ukraine are leading to blackouts and electricity conservation,” Ukraine “is resolving these blackouts quickly, and if anything the bombardment campaign bolsters resolve, but over time the challenges from these strikes could mount, straining equipment and [air defense system] ammo.”

Concerned about the small but still worrisome potential of an attack from Belarus, Ukrainian officials continue to monitor the situation on its northern border with Russia's client state. Thursday, Belarus opposition leader Sviatlana Tsikhanouskaya warned President Alexander Lukashenko that attacking Ukraine would be "political suicide." Lukashenko, heavily backed by Russia, is on somewhat shaky ground already, something that has factored into his reluctance, despite intense Putin pressure, to keep his troops home.

Russia on Thursday summoned the British ambassador in Moscow, warning London of “dangerous consequences” after accusing Britain of helping Kyiv carry out a massive boat and aerial drone attack on Moscow’s Black Sea fleet in occupied Crimea last week, something you can read more about here.

“Such confrontational actions of the English carry a threat of escalation of the situation and could lead to unpredictable and dangerous consequences,” the Russian foreign ministry said in a statement, according to the Kyiv Post.

Russia last week also accused the UK of being implicated in explosions on the Nord Stream pipelines in September. The U.K. Defense Ministry said these are “false claims on an epic scale.”

Speaking of spurious claims, after onsite inspections in Ukraine, the International Atomic Energy Agency (IAEA) on Thursday denied Russian accusations, made with no proof, that Ukraine was planning to develop a dirty bomb, a device with conventional explosions designed to disburse radioactive materials.

"Over the past few days, the inspectors were able to carry out all activities that the IAEA had planned to conduct and were given unfettered access to the locations," according to an IAEA media release. "Based on the evaluation of the results available to date and the information provided by Ukraine, the Agency did not find any indications of undeclared nuclear activities and materials at the locations."

Meanwhile, the Zaporizhzhia Nuclear Power Plan, Europe's largest, is in full blackout mode after Russian shelling on Nov. 2, according to the Kyiv Independent, citing the Ukrainian Energoatom agency.

Though Russia continues to launch missile and drone strikes on civilian targets, Ukraine is starting to rebuild what has been destroyed, like this bridge connecting Kyiv and Zhytomyr.

And speaking of bridges, the Russians claim repair work on the Kerch Bridge, Vladimir Putin's prized $4 billion span linking Crimea with Russia severely damaged in an attack earlier this month, is proceeding.

Installation of new superstructures of the Crimean bridge will begin on Nov. 5, Marat Khusnullin, Deputy Prime Minister of the Russian Federation, told Putin Thursday, according to the Telegram page of Russian state media outlet RIA Novosti.

So far, the destroyed road spans have been dismantled.

While Ukraine has shied away from officially taking credit for the Kerch Bridge attack, it is happy to take credit for decimating Russia's aviation fleet. Commander in Chief of the Armed Forces of Ukraine Lieutenant General Valerii Zaluzhnyi claims that Ukraine has destroyed twice as many aircraft since Feb. 24 - 278 - than Russia lost during its 10-year war in Afghanistan - 118.

Ukrainian pilots continue to maintain a sense of humor, as evidenced by this Mi-8 Hip helicopter nose art, playing on the now iconic Ukrainian retort that careless smoking was the cause of so many explosions of Russian military equipment and supplies.

There was another prisoner exchange today between Russia and Ukraine. Russia saw the return of 107 POWs.

And Ukraine too saw the return of 107 POWs.

It's bad enough to be hit once on the battlefield, but apparently, this Russian T-80 BV tank was hit twice.

Ukrainian artillery continues to have a devastating effect on the enemy as well.

And so too are Ukrainian drones, like this one dropping a munition on a Russian BTR-82A armored personnel carrier (APC). Of course, it probably didn't help that the APC was also transporting TM-62M antitank mines on top.

But Russian drones too are wreaking havoc not just on Ukrainian cities, but the battlefield as well.

Putin's mobilization of hundreds of thousands of reservists continues to go not so well, according to a frank albeit unconfirmed account. Those soldiers sent to the heavy fighting in the Luhansk city of Svatove find themselves in what seems to be a common situation. They have no training, no ammunition and commanders who abandon them, according to TV Rain.

But that's a taste of the misery Russian forces have inflicted on Ukrainian civilians. More than five months after the fall of Mariupol, life there remains difficult for its residents. 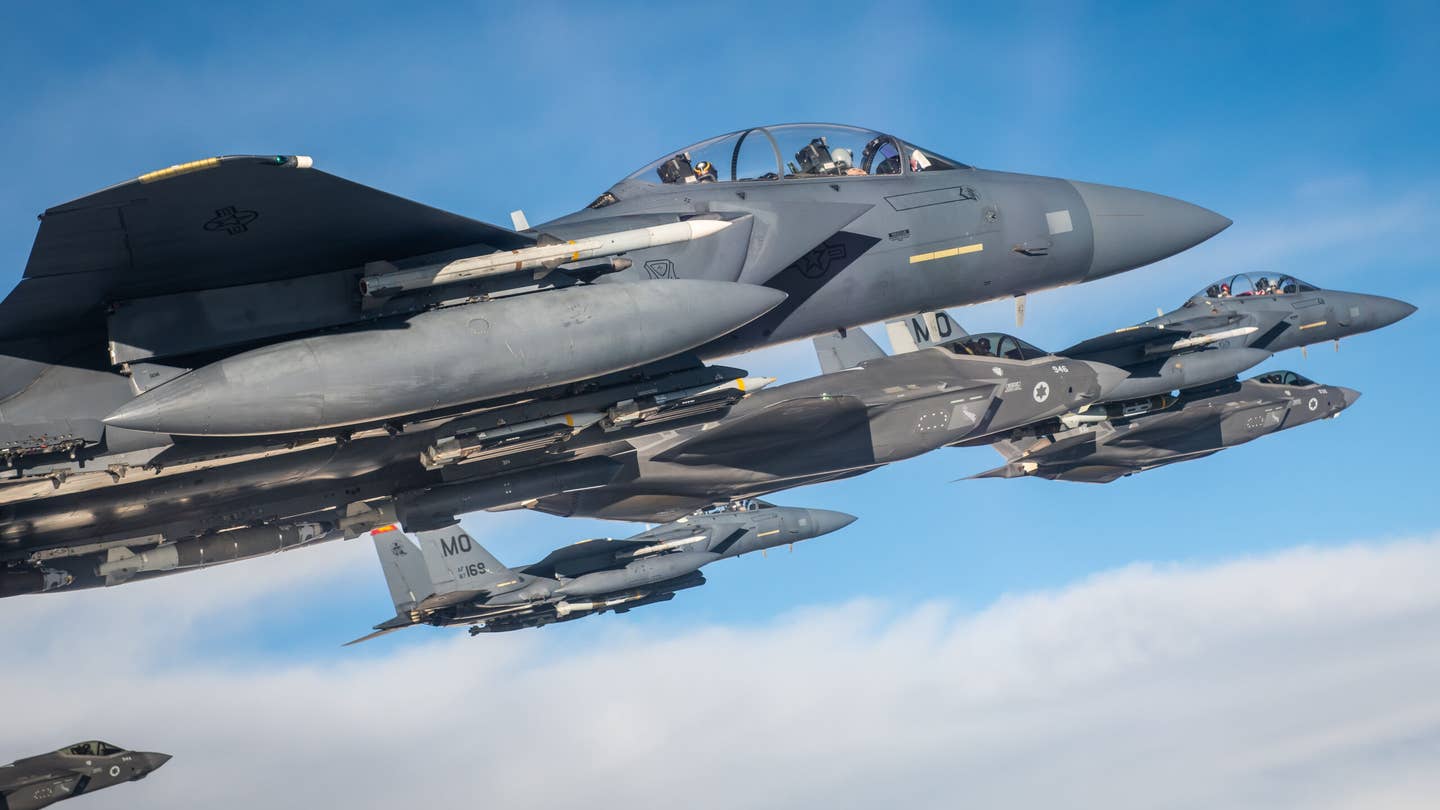