The city of Kreminna in Eastern Ukraine has reportedly become the first major objective to fall to Russian forces after they began a new offensive in the Donbas region. 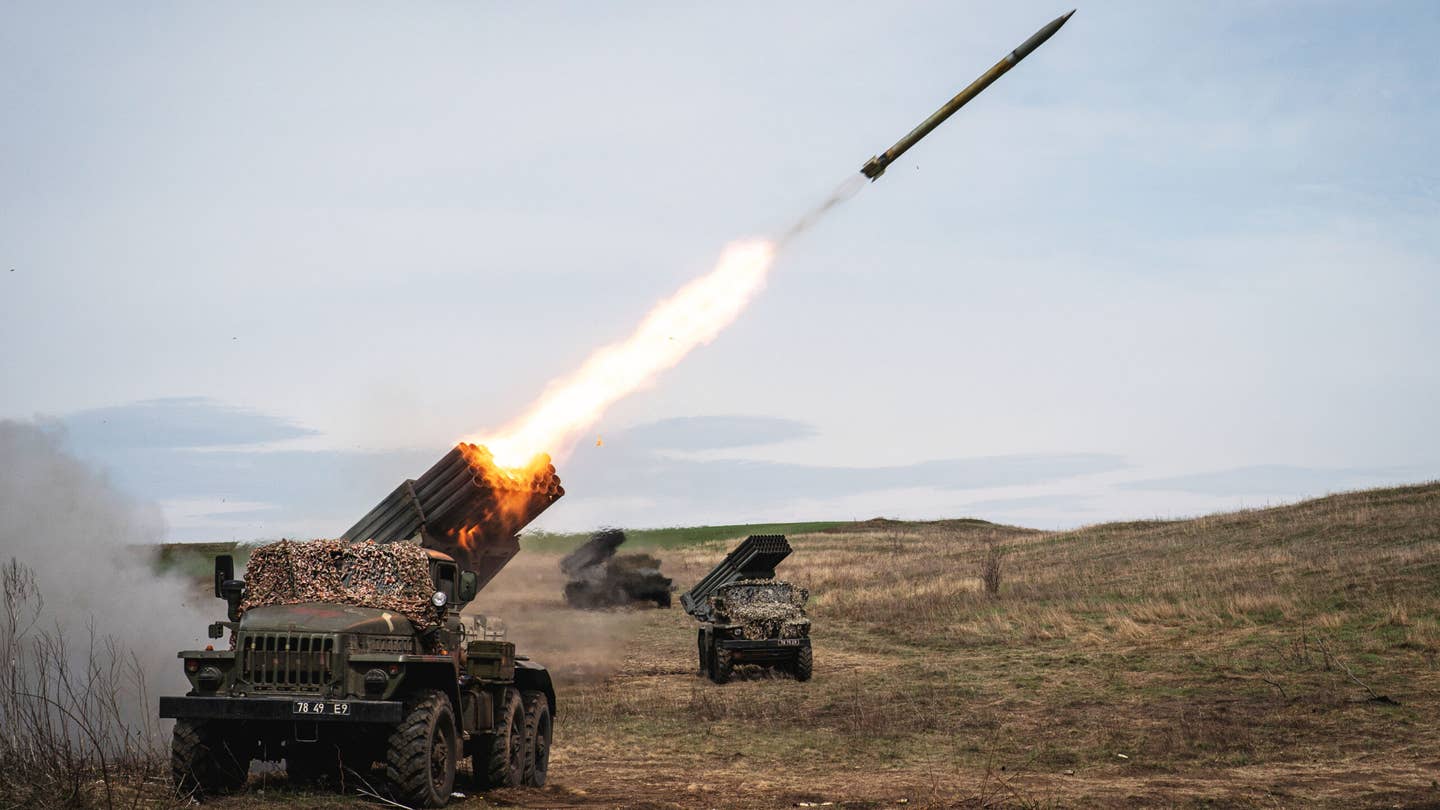 Less than 24 hours after it began, Russia's much-anticipated new offensive in Ukraine's eastern Donbas region has seen a first major city fall to the invading forces. The regional governor of Kreminna confirmed today that Ukrainian troops had withdrawn, leaving the city in Russian hands. The city, home to around 18,000 people, is located around 350 miles southeast of the capital, Kyiv. Should this be confirmed, Kreminna would be the first city to be taken by the Russians as part of the new offensive in the east, which you can read about in more detail here.

"Kreminna is under the control of the 'orcs' [Russians]. They have entered the city," Serhiy Gaidai, the Luhansk regional governor, said in a briefing earlier today. "Our defenders had to withdraw. They have entrenched themselves in new positions and continue to fight the Russian army."

The Russian forces were described as having attacked Kreminna "from all sides," while the number of civilian casualties was "impossible to calculate." While Gaidai added that the official statistics included 200 civilian dead, the actual number was likely far more.

The extent of the destruction in Kreminna is likewise currently hard to determine, with residents who evacuated the city saying that they are unable to make contact with relatives left behind there. An estimated 3,500 residents are still in the city.

Prior to the fall of Kreminna, there had been many reports yesterday of extensive Russian artillery and aircraft bombardment of targets across eastern and southern Ukraine. In particular, it seems certain areas within the Donbas region had been subjected to particularly intense, coordinated bombardments.

A total of 1,260 military targets were hit by rockets and artillery overnight along the 300-mile frontline in the Donbas and Kharkiv regions, according to Russian officials.

Meanwhile, in Ukraine's second-largest city, Kharkiv, in the northeast of the country, there are reports of heavy bombardment of civilian areas. According to the city mayor, Igor Terekhov, Russian forces have been conducting a "non-stop bombardment of civilian districts." Terekhov told CNN that 15 people had been killed and more than 50 wounded in the last day and a half. The 15 killed were all the victims of a single attack, he added.

Before getting into the latest updates below, The War Zone readers can first get fully up to speed on how the conflict has evolved already through our previous rolling coverage here and here.

Reports today that Russian forces have seized the city of Kreminna signal that the Kremlin's new offensive in Ukraine's eastern Donbas region is now well underway.

With the evacuated now unable to make mobile phone contact with those left in the city, the offensive appears to follow a previous pattern in which towns and villages have had their mobile connectivity shut down soon after being occupied by Russian troops. Mobile signals in Kreminna were reportedly lost around midday yesterday, as Russian and Ukrainian forces clashed on the outskirts of the city.

Elsewhere, the besieged port city of Mariupol today saw a huge plume of smoke rise above the Azovstal steel plant, where the Ukrainian Armed Forces' last resistance was centered. The Russians had called upon the Ukrainian defenders holed up in the plant to surrender by midday Moscow time.

The situation on the ground remains somewhat confused and while there are videos still emerging of Ukrainian fighters continuing to engage the Russians, it's unclear exactly when this footage dates from.

At last count, the Ukrainian authorities stated that around a thousand civilians were sheltering in the steel plant alongside Ukrainian fighters.

As we have discussed in the past, were Mariupol finally to fall to the Russians it would be a significant strategic victory, helping to secure a critical land bridge to occupied Crimea. At the same time, it would allow ground units from the south to be redeployed elsewhere, including to take part in the larger eastern offensive. Ramzan Kadyrov, the Chechen leader and a close ally of Russia's President Vladimir Putin has claimed that Russian forces will take full control of the Azovstal plant today.

The United Kingdom, which has been very much at the forefront of the nations responding to Ukraine's calls for more weapons, will now deliver additional air defense systems to the country. Multiple reports in the U.K. media indicate that the country is preparing to send Stormer tracked armored vehicles. The Stormer is armed with eight ready-to-fire Starstreak rounds, 12 reloads, and a roof-mounted targeting package including an infrared sensor. Ukraine has already received the shoulder-launcher version of the Starstreak missile and this high-velocity weapon has reportedly already downed Russian helicopters.

The Russian Aerospace Forces (VKS) clearly remain heavily involved in the fighting and the latest official video from the Russian Ministry of Defense provides more evidence of the Su-34 Fullback strike fighter being used in a precision-strike role. The latest footage shows Su-34s departing an unidentified airbase for missions over Ukraine armed with Kh-29T (AS-14 Kedge) TV-guided air-to-surface missiles. The ability of the VKS to conduct precision strikes from beyond the range of short-range air defense systems has long been questioned, but the new offensive in Donbas may well have prompted a greater emphasis on this type of mission. Still, the size of Russia's stocks of precision-guided munitions are questionable and the will to employ these expensive weapons in quantity has never been there. In Syria, we saw similar videos publicized of the occasional guided air-to-ground weapon use, but overall they were rarely employed.

At the same time, the Pentagon's view is that Russia has still not been able to secure air superiority over Ukraine, despite its technological advantages and the overwhelming weight of numbers.

In the latest exchange of prisoners between Moscow and Kyiv, 76 Ukrainian prisoners of war have returned, according to Ukraine's deputy prime minister, Iryna Vereshchuk. Vereshchuk said Russia handed over 60 soldiers, including 10 officers, plus 16 civilians, but did not provide details on how many Russians were involved in the swap.

Vereshchuk said that this was the fifth prisoner exchange since the war began, with Kyiv having returned 30 prisoners of war to Russia only last week.