The vehicle from the Taran-M signals intelligence, or SIGINT, system was captured after the rout of Russian forces in the Kharkiv region.

The potential intelligence windfall from the electronic warfare battle in Ukraine continues, with the first confirmed capture of a vehicle from the Russian Taran-M signals intelligence, or SIGINT, system. The vehicle, captured by Ukrainian forces in the ongoing counter-offensive in the east of the country, is the latest addition to a growing collection of seized modern Russian electronic warfare (EW) equipment, which ranges from containerized components of vehicle-borne systems to airborne jamming pods.

The vehicle in question was reportedly captured by the Ukrainian Army in Kharkiv Oblast, from where Russian forces have recently retreated en masse, as you can read about here. The vehicle has been identified by various sources as an R-381T2M, part of the wider R-381TM Taran-M SIGINT system, which typically involves multiple vehicles, although these can also operate independently.

The R-381TM Taran-M is an upgrade of the Cold War-era R-381T Taran, described in Russian parlance as an ‘automatic radio intelligence complex.’ The job of this system is to monitor radio signals, eavesdropping on enemy forces’ communications across a range of frequencies. As well as providing raw intelligence in the form of intercepted communications, the Taran is also able to geolocate emitters, providing commanders with critical data on the actual positions of enemy forces. As such, it provides very high-value battlefield awareness of land forces, aircraft, and even naval ships in its vicinity.

Details about the latest R-381TM Taran-M are hard to come by, but the original R-381T Taran is much better documented.

According to the Ukrainian-based InformNapalm open-source intelligence (OSINT) group, the R-381T Taran, when deployed at full strength, consists of seven vehicles. Responsible for gathering signals are four R-381T2 UHF radio monitoring stations that operate in the 30-100 MHz band, and two R-381T1 VHF radio monitoring stations operating across 1.5-30 MHz, and which are also able to listen in on aviation radio communications (100-400 Mhz), and radio relay links (300-1000 MHz). Data acquired by these vehicles is then processed by a single R-381T3 vehicle.

The same source reports that the R-381T Taran can detect, classify and listen in on radio emissions at a range of 25 miles on land and at a range of up to 60 miles when monitoring aviation communications.

The R-381T2M is the modernized version (hence the ‘M’ suffix) of the UHF monitoring component of the system. Though we don't know for sure, it could be expected to offer increased detection range, improved accuracy and speed of geolocation, as well as other advantages over the original design. Above all else, this vehicle would be packed with modern Russian equipment and software.

Somewhat ironically, the original Taran system was developed in the then Ukrainian Soviet Socialist Republic, in Kharkiv, and entered service in the mid-1980s. The vehicles are based on the widely used MT-LBu tracked chassis, which was also built in Kharkiv. Developed from the MT-LB armored fighting vehicle chassis, the MT-LBu has been used as the basis of a wide variety of specialist combat vehicles, including different EW and command and control versions. Other examples captured include the 1V14 battery command post seen below and the Ukrainian Kevlar-E armored fighting vehicle prototype is also based on an adapted MT-LBu chassis.

In the Soviet era, the Taran was issued to reconnaissance battalions and companies and would have been expected to listen in on NATO communications during any conflict on the European Central Front.

While this captured R-381T2M appears to be the first example encountered since the Russian invasion that began on February 24, the Taran system, more generally, has been observed in Russian hands during earlier fighting in eastern Ukraine, dating back to at least 2015.

Russian and pro-Russian forces made extensive use of Moscow’s substantial EW capabilities since open hostilities began in 2014, including employing various GPS jamming and spoofing tactics. Different kinds of Russian EW vehicles have also shown up during the intervention in Syria as well as in the so-called peacekeeping mission in Kazakhstan earlier this year.

The R-381T2M doesn’t perhaps offer the kind of intelligence goldmine as the Krasukha-4 mobile EW system, part of which was captured by Ukraine earlier in the war. Nevertheless, it still would be of very significant interest to military intelligence agencies, especially those of the United States, providing an idea of the kinds of battlefield SIGINT capabilities that Russia can currently bring to bear, as well as its differences compared to the original Taran system.

In the past, intelligence agencies in the United States and other Western countries have kept a close eye on developments in Russia’s EW systems and the important role they would likely play in a future conflict.

Knowledge of the Russian military’s ability to listen in on enemy radio transmissions on the battlefield could provide a very useful insight into potential vulnerabilities in Western communications systems and the degree to which they are ‘hardened.’ That, in turn, could help in the development of countermeasures.

Having insight into the workings of the R-381T2M, and, by virtue, the wider Taran-M system, could also allow the West to develop means not only of blunting its capabilities, but also feeding it false signals. Above even that, knowing what the enemy can detect allows for better development of radio systems and underlying waveforms that cannot be intercepted.

It may also be of interest to see to what degree the Taran-M relies on foreign components. Considering it’s thought to be highly automated, it may make use of Western-sourced electronics components, something that we have seen in a variety of high-tech Russian systems, including cruise missiles. As we have reported in the past, the conflict in Ukraine has exposed just how reliant much of Russia’s defense industry is on foreign-sourced parts.

Should any of this kind of analysis involve the United States, which is very likely, it would continue a tradition of so-called foreign materiel exploitation (FME) programs that date back to the earliest years of the Cold War. Since the end of that conflict, Ukraine, in particular, has proven to be a veritable treasure trove of Soviet-designed hardware. Among the equipment that has been delivered to the United States from Ukraine prior to the latest invasion are fighter jets and air defense radars.

At this stage, we don’t know what kind of arrangements exist between Ukraine and the U.S. intelligence community, in terms of providing Russian equipment, or information about it. However, it would seem almost certain that, as the United States sends billions of dollars in weapons and assistance to Ukraine, it’s also receiving some valuable intelligence on Russian systems and their capabilities in return.

On the one hand, having this unusual vehicle fall into Ukrainian hands is symptomatic of the heavy material losses that the Russian invaders have suffered so far in the campaign. But the particular capabilities of this system could mean that it provides Ukraine, and perhaps certain Western nations, with a very useful insight into how Russian troops gain exploit the radio-frequency spectrum across the battlefield. 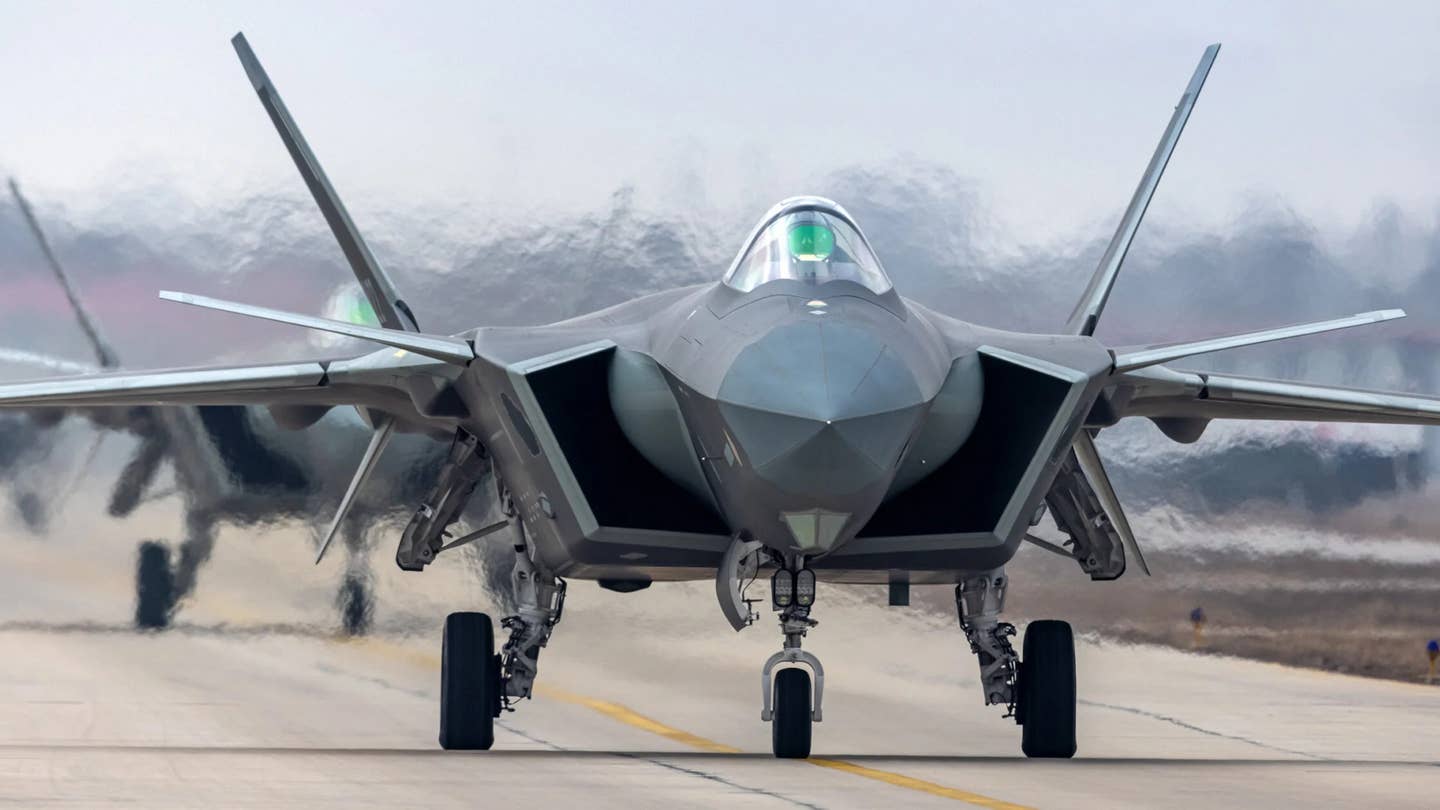 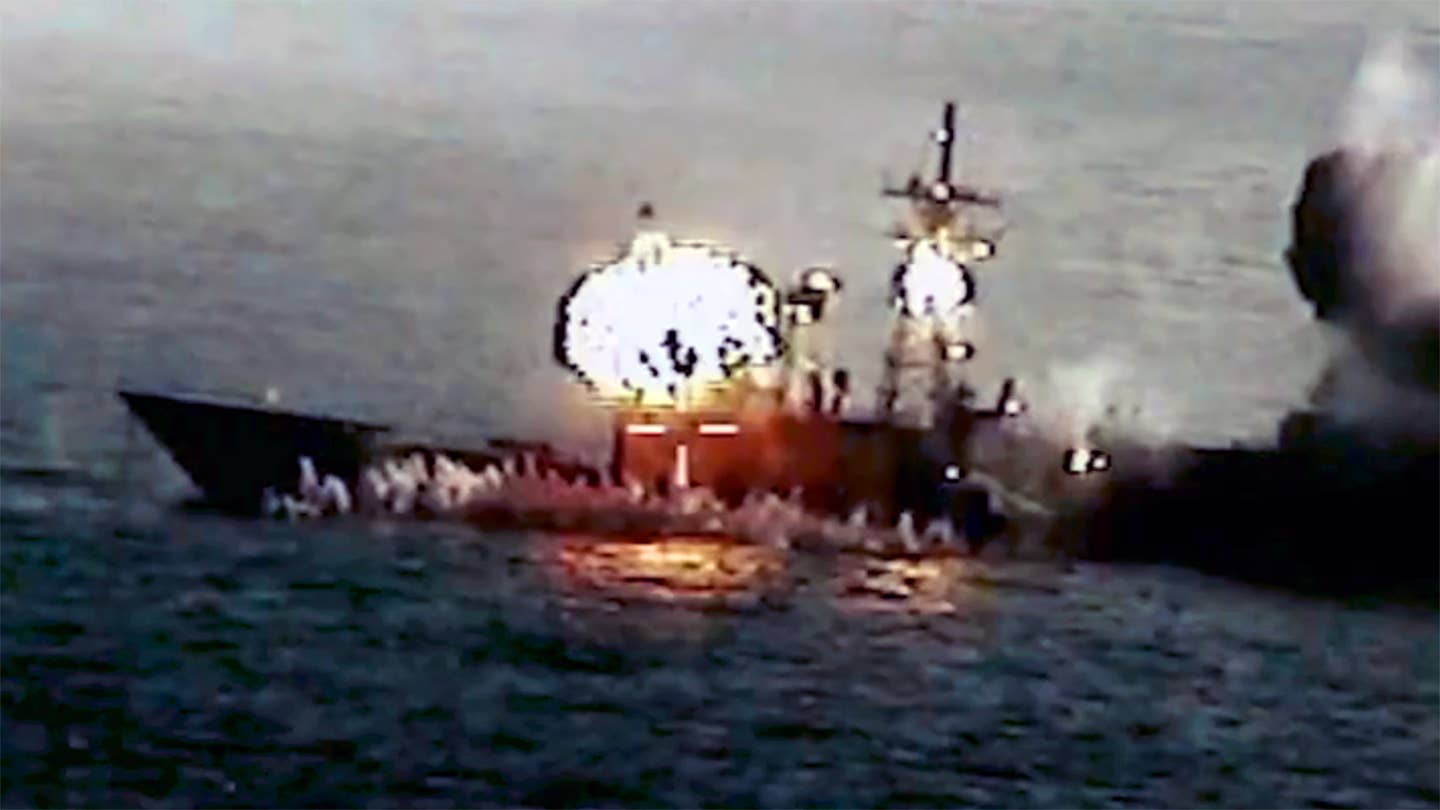 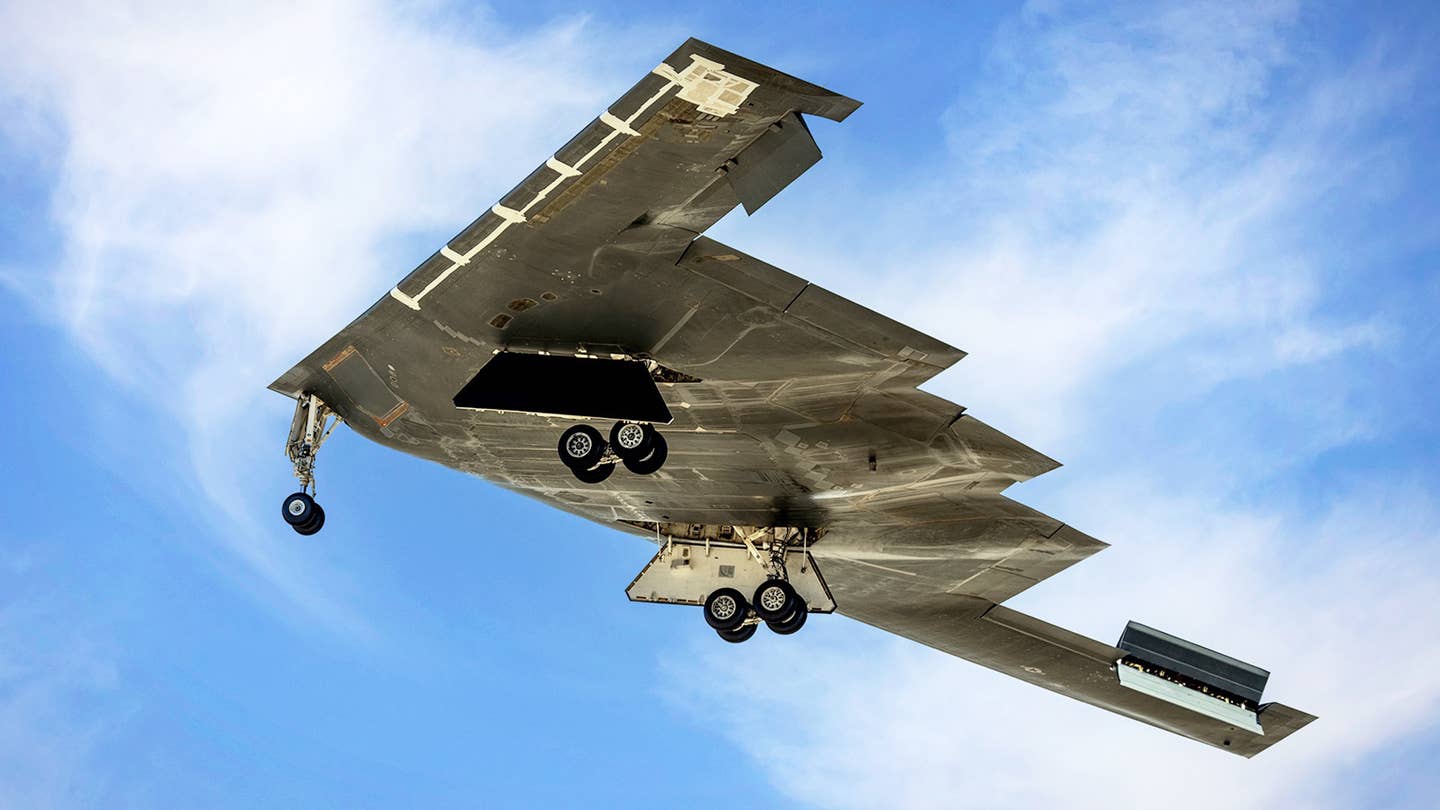 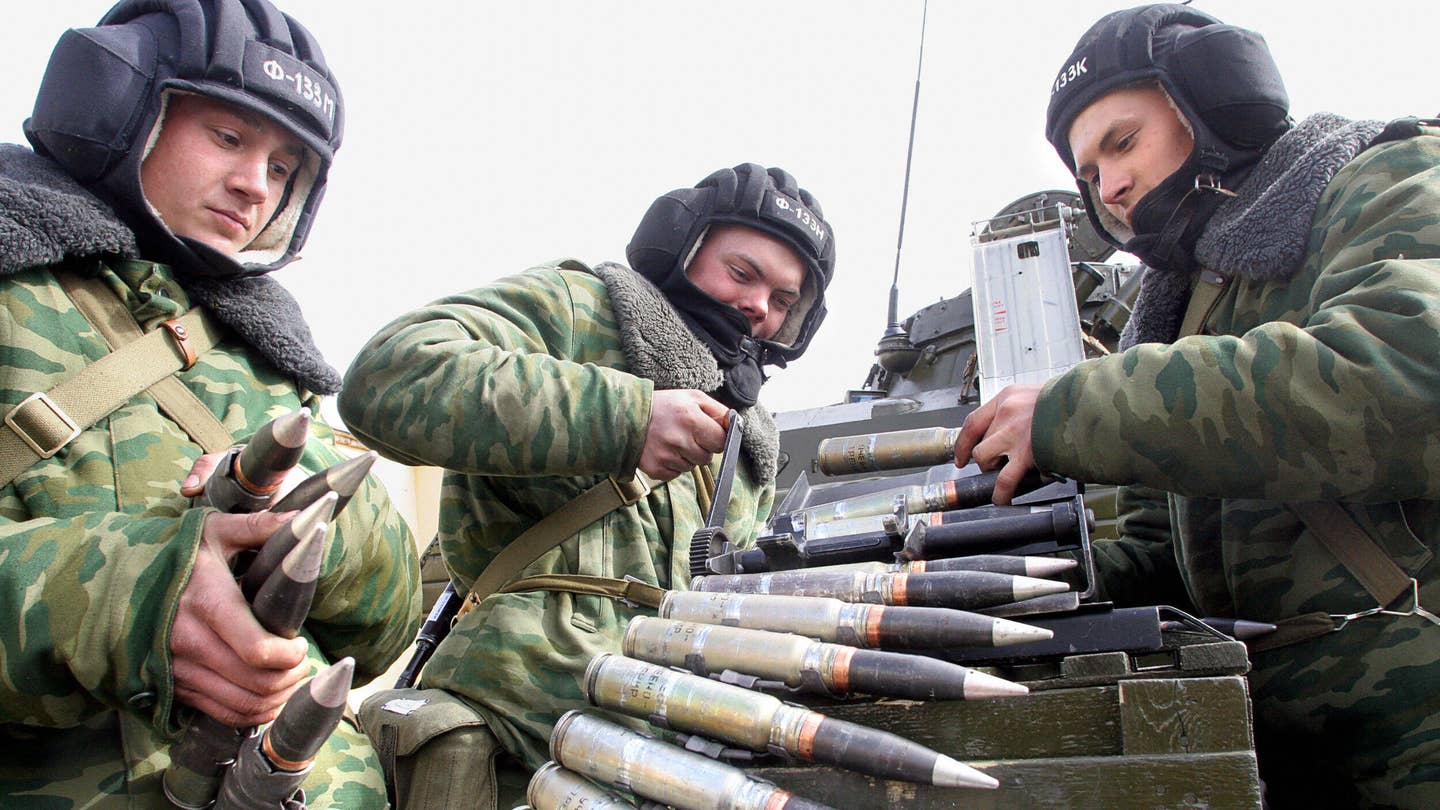 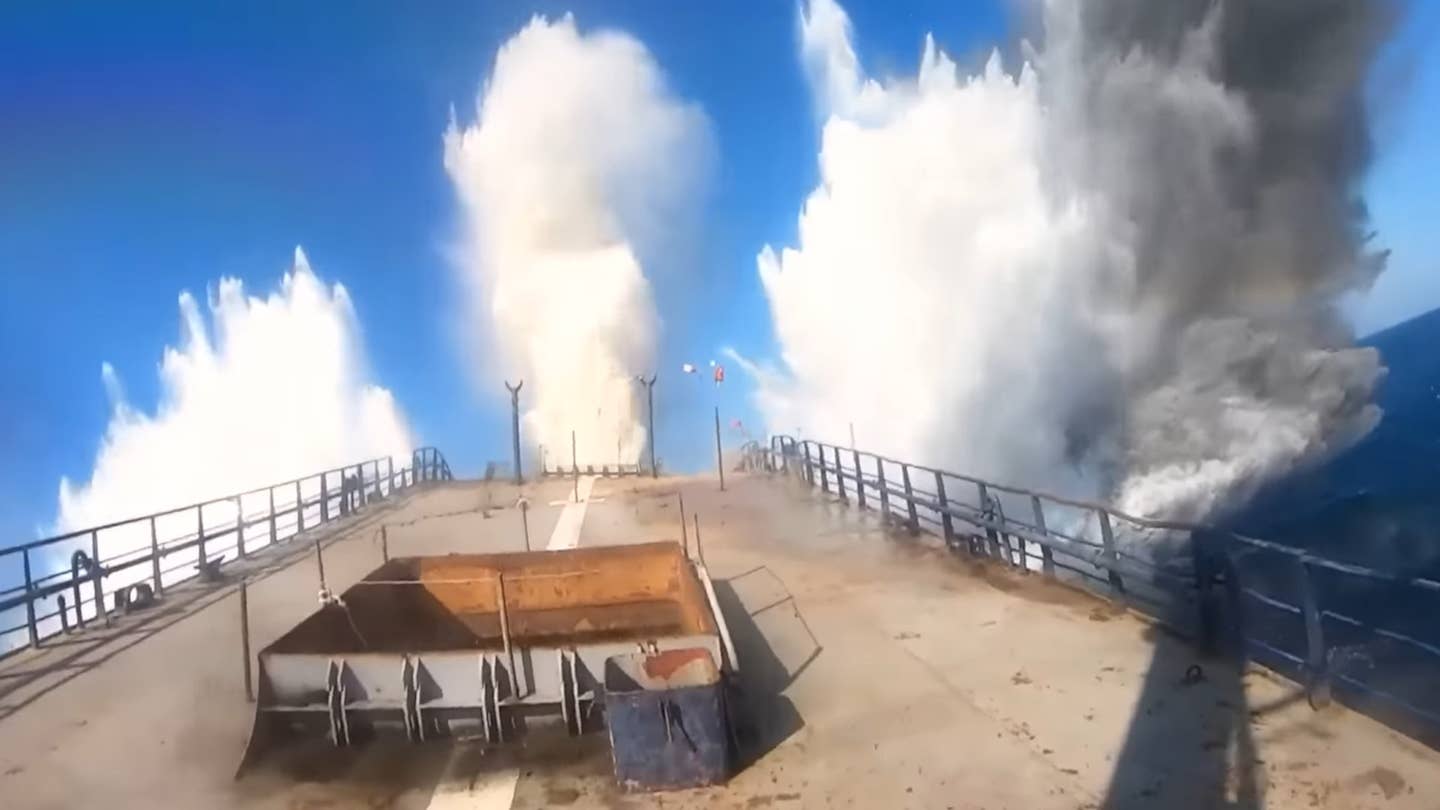