The northwestern Black Sea is becoming more of a free-fire zone with each passing day and it will only become more-so as new weapons arrive.

Russia is promising retaliation for an early morning attack by Ukraine on Russian-occupied gas drilling rigs in the northwestern Black Sea and says that they will strengthen defenses on the Crimean peninsula as a result.

Meanwhile, a Ukrainian source tells The War Zone that its forces also struck Snake Island a short while later. However, a low-resolution satellite image The War Zone obtained from Planet Labs taken shortly before noon Ukraine time does not appear to show any new major destruction or burning fires.

Officials in occupied Crimea have confirmed the attack on Chornomorneftegaz drilling rigs, said to be located about 70 kilometers south of Odesa. In a widely-derided deal, Ukraine purchased these natural gas offshore drilling platforms in 2011-2012, according to Yahoo News. The rigs became known as the notorious “Boyko’s towers,” after the former Energy Minister Yuriy Boyko. The rigs were seized by Russia when it annexed Crimea in 2014.

In response, Russians have already launched missile attacks on Odesa.

A food warehouse in Odesa was destroyed in that attack, but no civilians were killed, the Ukrainian military said, according to Reuters.

In addition to the attacks on Odesa, at least one official in occupied Crimea say they are strengthening their defenses in the wake of the gas rig attack.

“Protection of important facilities in Crimea after an attack by Ukraine on the drilling rigs of Chornomorneftegaz will be strengthened,” said Olga Kovitidi, the senator from occupied Crimea, according to the Telegram channel of Russian state media outlet Tass.

“There are enough air defense systems in Crimea, the entire land part of the peninsula is covered, including the Crimean bridge,” said Sergei Aksyonov, governor of occupied Crimea, according to Tass. Aksyonov was apparently referencing a statement made last week by a Ukrainian general who said the Kerch Bridge connecting mainland Russia to Crimea could be threatened by soon-to-be acquired long-range fires.

A Pentagon spokesman told The War Zone that targets in Crimea are considered fair game for the HIMARS and other long-range fires set to be sent to Ukraine.

The strike on Snake Island was about 4 a.m. local time and “caused the Russians significant damage,” Ryzhenko said.

“At least one of those platforms was badly damaged,” Ryzhenko told The War Zone. “It was on fire and the Russians confirmed it.”

Both strikes were conducted by Ukraine aircraft, said, Ryzhenko, though he did not say what airframes were involved.

Russian media, however, reported that the attack on the gas drilling platform was carried out by long-range fires.

The attack on the drilling platforms of Chornomorneftegaz “was most likely caused by rockets made in the UK or the USA,” State Duma deputy Viktor Vodolatsky said, Tass reported on its Telegram channel.

The M30/M31 guided rockets fired by HIMARS launchers that the U.S. is supplying to Ukraine have a range of about 43 miles and it isn't even clear if they are in the country yet or not. As of now, there are no reports that they are. Harpoon anti-ship missiles, supplied by NATO, could also have been used against the platforms. In fact, there have already been other claims of strikes on Russian ships with those missiles in the region.

Ukraine has Neptune anti-ship missile capability, as well, but the number of them in inventory prior to the conflict was thought to have been tiny. At least two were used in the sinking of Russia's Black Sea flagship Moskva not far from where these platforms were located. Using manned aircraft would have been far riskier, but Ukraine has pulled off a successful aerial raid farther west on Snake Island before. Russia's localized air defenses in this area have been significantly enhanced since then though. A TB2 drone strike is also possible, but its hard to imagine their small munitions would have done massive damage to the platforms unless a major weakness was targeted.

The bottom line is that at this point we don't know exactly what Ukraine used to strike the platforms. As for the Snake Island strike, we still don't know if it even happened at all.

“Production at the field affected by the Ukrainian strike, developed by Chornomorneftegaz in the Black Sea near Odessa, has been suspended, but a man-made disaster has been averted,” Tass reported on its Telegram channel, citing Kovitidi.

But gas continues to be supplied to Crimea “in the normal mode,” said Aksyonov. “Despite the attack on the tower by Ukraine, there are no risks in gas supply.”

Of 13 crew members on one platform, five were rescued and eight are missing, Ryzhenko said, adding that Russians “sent ships from Sevastopol for a search and rescue mission.”

Ryzhenko said he did not have a battle damage assessment for either strike. But he said a short while later, Russians “conducted a massive missile strike on Odesa and they sent underway most of the missile ships they have at Sevastopol.”

Officials in occupied Crimea said that there were 109 people on the towers of Chernomorneftegaz and that 21 people were evacuated.

Regardless of how the flow of gas from these Black Sea rigs is ultimately affected, Ukraine sent a message by attacking them.

It's a message to which Russia has promised it will respond.

️"Russia will inflict strikes on decision-making centers in retaliation for attack on Chernomorneftegaz drilling platforms in Crimea," said Crimean MP Mikhail Sheremet, according to the pro-Russian Azmilitary1 Telegram channel. 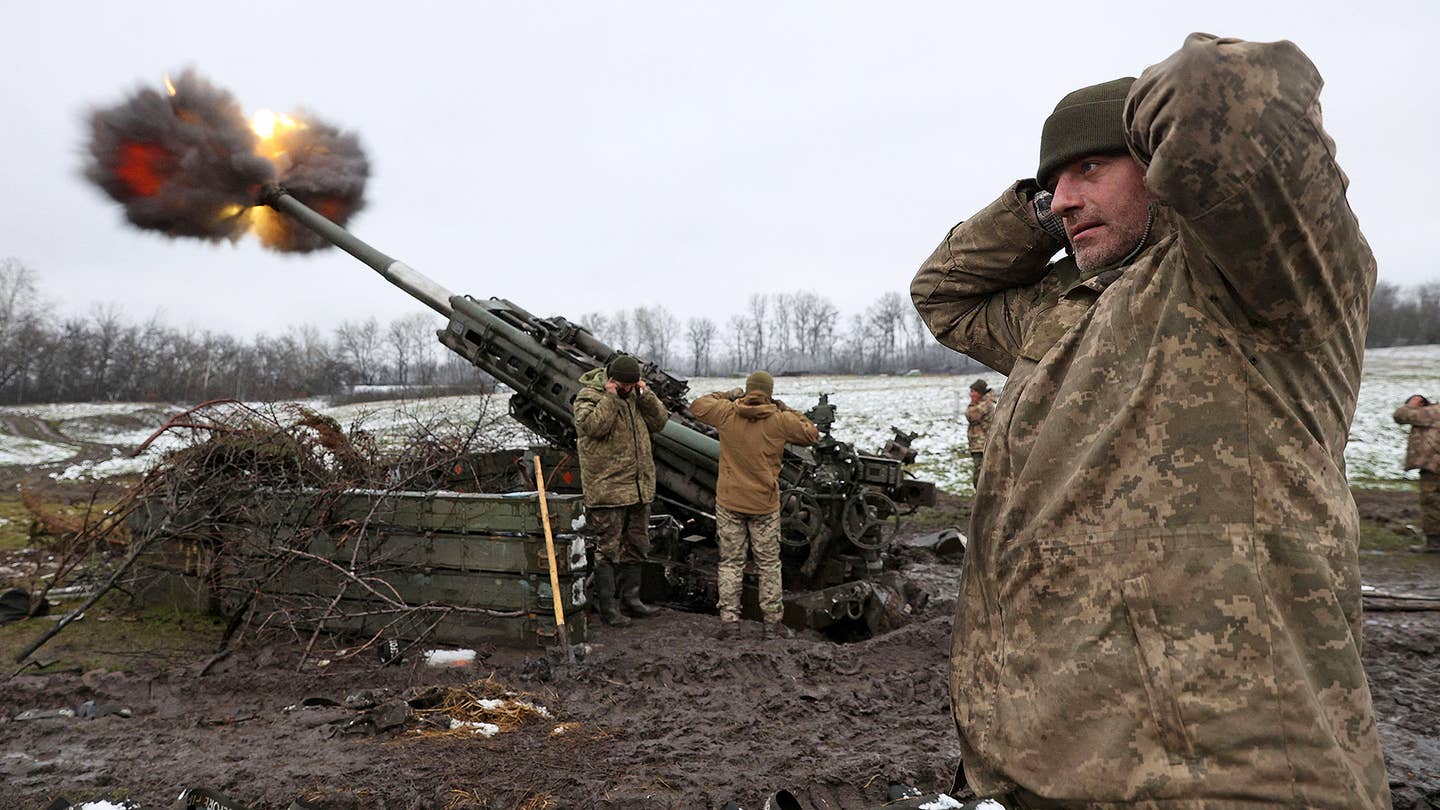 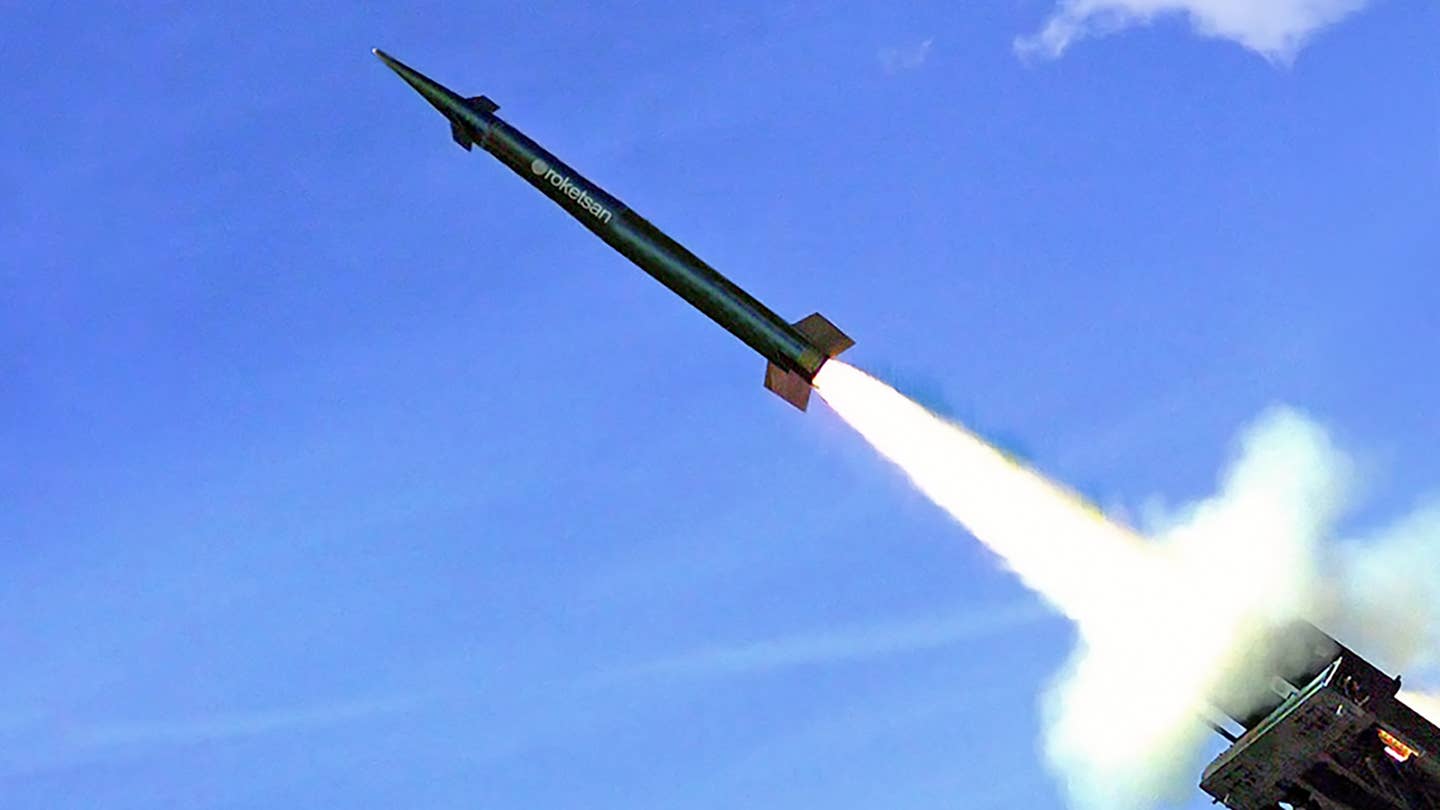