MQ-1C gives Ukraine a major leap in capability over its TB-2 drones for missions like electronic warfare support, strike, and surveillance.

While authorizing another $700 million in military aid to Ukraine, the Biden administration also is planning on selling the invaded nation MQ-1C Gray Eagle drones to attack Russian forces, according to a story from Reuters. The president will likely notify Congress of the proposed sale within days followed by a public announcement, according to the report.

Ukraine has made notable use of unmanned aircraft, most notably the Turkish Bayraktar TB2, as well as smaller armed and unarmed drones, against Russian forces since the unprovoked invasion began in February. Introducing the MQ-1C Gray Eagle, however, would give Ukraine a high-endurance unmanned system with capabilities that exceed that of the TB2. An MQ-1C can carry powerful internal sensors, as well as external podded systems, like radars and electronic warfare systems. Most importantly, a Gray Eagle can carry up to four AGM-114 Hellfire air-to-surface missiles. A TB-2 typically carries 48-pound Turkish-made MAM-L missiles with about half the heft of the hard-hitting Hellfire.

Made by General Atomics, the Gray Eagle is the U.S. Army's outgrowth of the MQ-1 Predator drone, sitting somewhat in between the MQ-1 and the larger MQ-9 Reaper in terms of capability and performance. It has a wingspan of 56 feet and a gross takeoff weight of 3,600 pounds or 4,200 pounds in an extended-range configuration. Flying at a top speed of 150 knots, it can reach an altitude of 25,000 feet, and can stay aloft for more than 27 hours. ER configuration Gray Eagles can stay airborne for 40-plus hours, according to an Army factsheet.

The plan to sell Gray Eagles to Ukraine has been kicked around at the Pentagon for weeks, Reuters reports. Typically a foreign military sale, even one financed by the U.S., as Reuters reports, has to be pre-approved by the State Department. Another possibility is transferring surplus MQ-1 Predators from USAF or CIA stocks to Ukraine, even in the place of or in addition to the MQ-1Cs. The export of U.S. drone technology, in particular, is highly regulated, and it isn't clear how those regulations would impact the MQ-1C transfer to Ukraine under these emergency circumstances.

Even though Congress can still block the sale, there appears to be support for increasingly advanced weapons transfers to Ukraine. The U.S. government walks a thin line between equipping Ukraine for self-defense and providing outright offensive capability that could escalate tensions between NATO and Russia. We just saw this manifest itself in the types of guided artillery being supplied to Ukraine as part of the HIMARS system.

Under Secretary of Defense for Policy, Dr. Colin Kahl, said Ukrainian troops will train on four HIMARS for three weeks before the systems are sent into Ukraine. The highly mobile rocket artillery systems, expected to be delivered along with guided munitions that can hit targets out to ranges of about 43 miles, were positioned in Europe to ensure they could be delivered quickly once President Joe Biden decided to send them to Ukraine.

It is not immediately clear whether the four HIMARS were rushed into Europe to have them ready for Ukraine specifically or if they were, or will be, pulled from stockpiles of Army and Marine Corps weapons warehoused on the continent.

The War Zone has detailed the relative benefits and limitations of what HIMARS and 227mm Guided Multiple Launch Rockets System (GMLRS) rockets could provide to Ukrainian forces in the current conflict, where long-range artillery has been an effective weapon for both sides. Kahl confirmed that only guided rockets that are not capable of striking deep into Russia are included in the package, as we outlined in this previous piece.

The new aid package is the 11th drawdown of U.S. equipment from DoD inventories for Ukraine since August 2021 and is “tailored to meet critical Ukrainian needs for today’s fight,” the Pentagon said in a statement.

The following equipment is set to start flowing to Ukraine as forces are slowly giving way to Russia’s mechanized war machine in the Donbas. The continued firehose of military equipment pouring into Ukraine also could be helpful in the south, where the Ukrainians are actively counterattacking.

Aside from the HIMARS launchers and an undisclosed amount of ammunition, the capabilities in the latest package include:

The United States has now committed approximately $5.3 billion in security assistance to Ukraine since the beginning of the Biden Administration, including roughly $4.6 billion since Russia’s unprovoked invasion on February 24, according to Deputy Assistant to the Secretary of Defense for Media Todd Breasseale. Since 2014, the United States has committed more than $7.3 billion in security assistance to Ukraine.

Earlier in the day, Biden said the U.S. would “continue to provide Ukraine with weapons and equipment to defend itself,” against Russian aggression.

“Thanks to the additional funding for Ukraine, passed with overwhelmingly bipartisan support in the U.S. Congress, the United States will be able to keep providing Ukraine with more of the weapons that they are using so effectively to repel Russian attacks,” Biden said in a statement announcing the new aid package. “This new package will arm them with new capabilities and advanced weaponry, including HIMARS with battlefield munitions, to defend their territory from Russian advances. We will continue to lead the world in providing historic assistance to support Ukraine’s fight for freedom.”

A single M142 carries a single pod of six rockets. It can deploy, fire, and relocate within minutes, making it difficult for enemy forces to target with counter-battery fire.

Firing guided rockets with HIMARS will allow Ukrainian artillery units to engage targets at around twice the range of the 155-millimeter M777 howitzers already donated through a previous aid package approved in mid-April. Officials in Kyiv, including President Volodymyr Zelenskyy, have given assurances that they will not use the weapons to strike targets inside Russia, Kahl said. The Pentagon considers strikes against any Russian forces within Ukraine’s borders as acts of self-defense against an invader rather than offensive in nature.

“This goes all the way to the top of the Ukrainian government,” Kahl said during a June 1 press conference detailing the new aid package. In designing the list of military equipment in the latest Presidential Drawdown Authorization, the Pentagon looked at the ongoing Russian offensive in the east and decided that longer-range artillery capable of striking hundreds of miles away was not necessary, Kahl said. With HIMARS, the Ukrainians can “service any target” with precision.

The U.S. is not alone among NATO countries sending increasingly longer-range artillery and advanced strike-capable systems into the Ukraine fight. Germany announced it would send IRIS-T guided missile air defense systems — arguably one of its most advanced surface-to-air weapon systems — along with four MARS II multiple rocket launchers from its own stocks. The MARS II is a German-specific variant of the U.S.-made M270 Multiple Launch Rocket System, a tracked rocket launcher that can load up to 12 rockets at a time. It can fire the same suite of ammunition as HIMARS, including the M30 and M31 guided rockets.

Ukrainian officials have committed to an endgame of driving Russia from their soil and reestablishing its borders from before the 2014 Russian annexation of Crimea. With open-field fighting in the eastern Donbas region now the primary campaign of the war, Western-supplied rocket artillery could be decisive in achieving that goal. How exactly the MQ-1Cs will be employed is another question, one we will address more deeply soon, but both systems could also provide much-needed close fire/air support to Ukrainian troops. 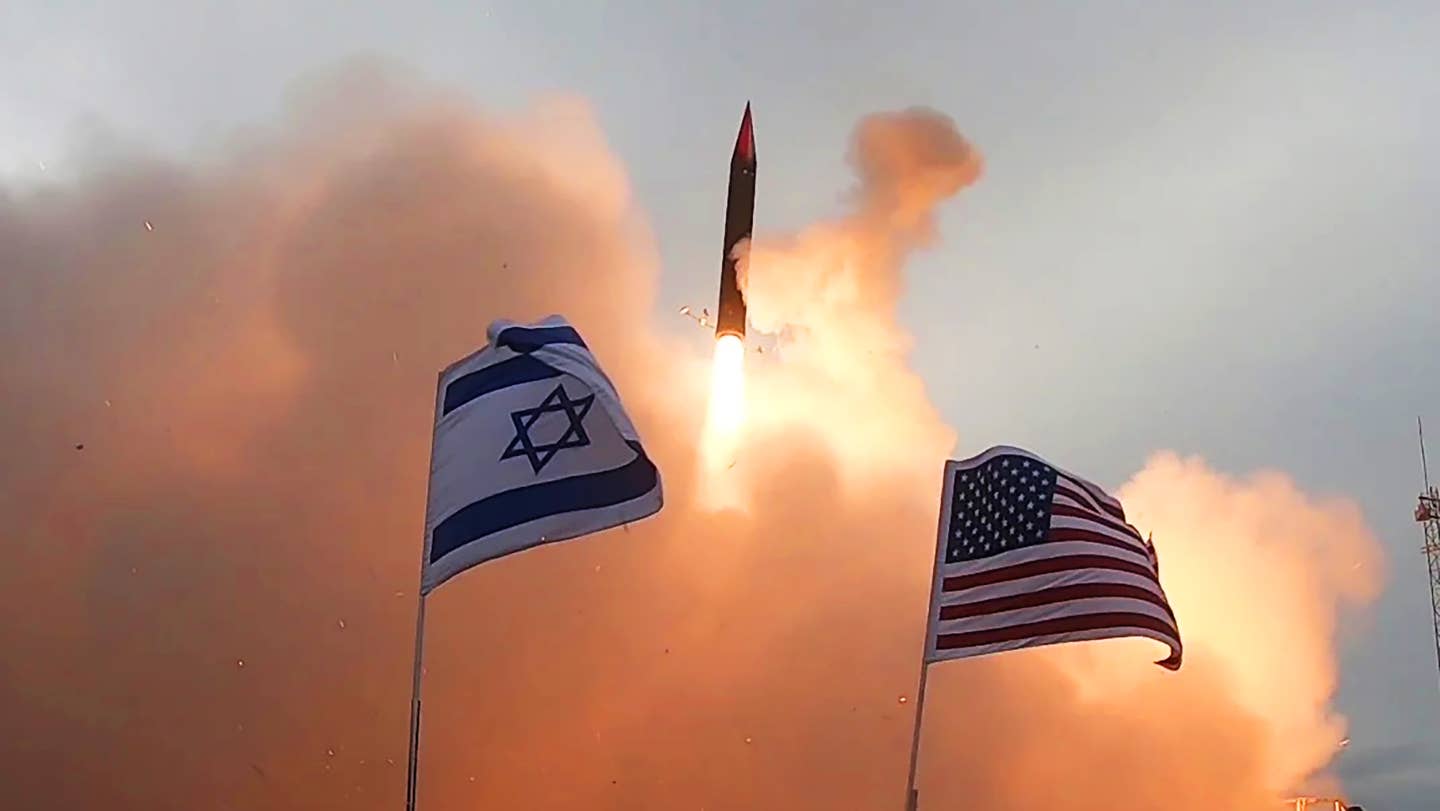