Tank-Busting Switchblade 600 Drones Have Not Arrived In Ukraine

The Switchblade 600 suicide drone carries the same warhead made famous by the Javelin anti-tank guided missile. 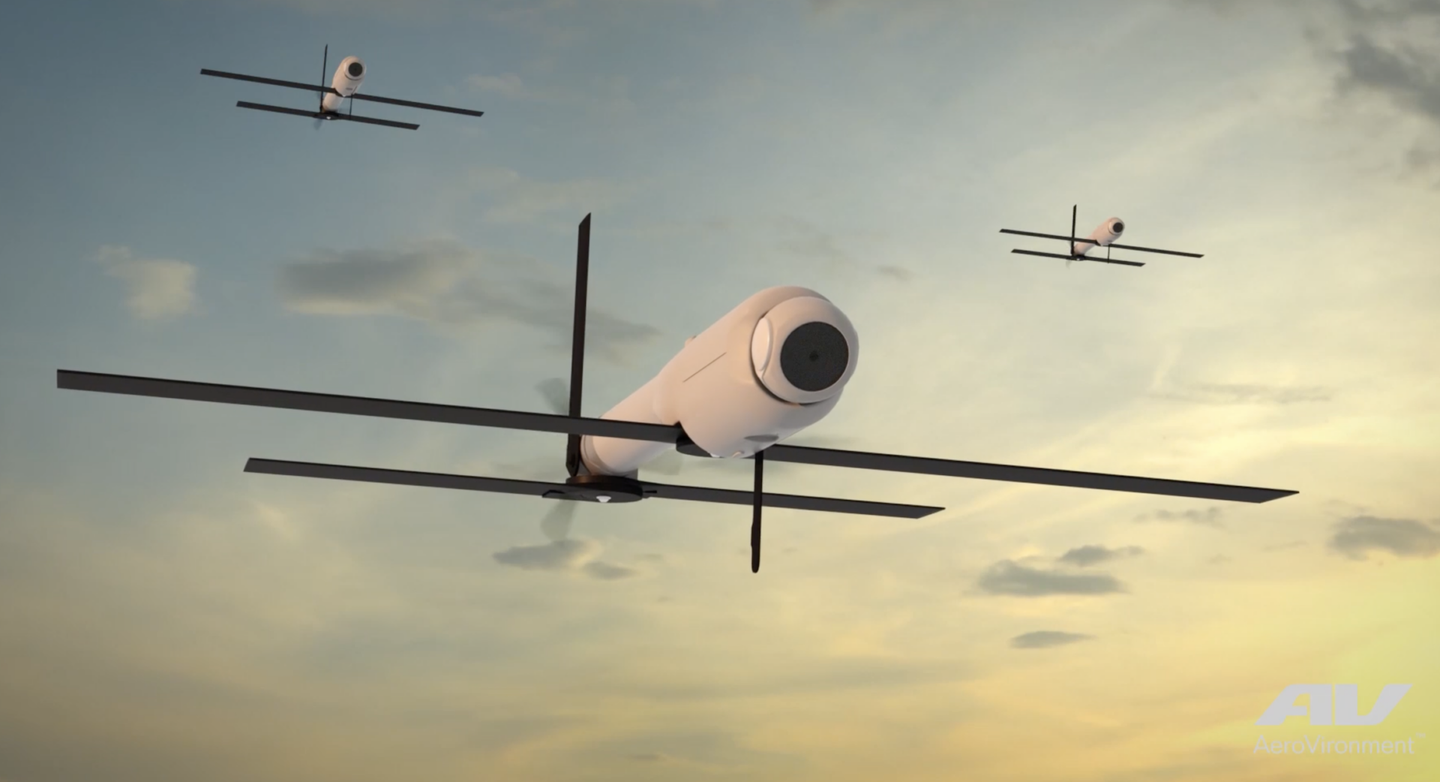 The U.S. Defense Department is still working out the details of a contract to send Ukraine larger Switchblade 600 loitering munitions that are capable of taking out tanks and hardened enemy positions. There is no date set for their delivery and questions remain about how many of the 'suicide drones' their manufacturer, Aerovironment, can make in short order.

"In support of Ukraine, the Switchblade 600 is being procured under the Ukraine Security Assistance Initiative,” Defense Department spokesperson Jessica Maxwell said in a statement on May 10. “The Department has no active contract for Switchblade 600s and has only procured a small number of prototypes for research and development purposes.”

The Pentagon is “actively working to establish a contract” to procure 10 Switchblade 600 drones, Maxwell said. The delivery date of those is not known and will be set once the contract is finalized, she said.

Heavier than the Switchblade 300 that is already seeing use in Ukraine, the 600 is also a man-portable, tube-launched kamikaze drone system but carries a more-powerful warhead for use against both vehicles and personnel. The heavier punch and longer range afforded by the larger drone make it well suited for use against the ongoing Russian offensive in the open plains of eastern Ukraine, where artillery and tanks are prime targets. The drone is armed with the same Javelin multipurpose warhead used in the Javelin anti-tank guided missiles (ATGMs) that have become iconic in the war for destroying Russian tanks. You can read more about suicide drones and their development in this past in-depth report.

Switchblade 300 drones are being supplied to Ukraine as part of an $800 million package of weapons and equipment being drawn down from U.S. stocks. The 10 600-series drones will be purchased directly from the manufacturer for Ukraine by the U.S. government.

Ten is not a huge number of loitering munitions that ram targets and explode, given the pace of combat in Ukraine. But Switchblade operators can abort a mission and recover the drone if the aircraft does not find a target. That gives the operator an added benefit over ATGMs and some other suicide drones that are essentially lost as soon as they are fired, whether they destroy a target or not. Both series of Switchblade include a “wave-off and recommit” capability that allows an operator to abort a mission and re-engage either the same or other targets. They can also be used for surveillance without attacking a target at all.

The larger Switchblade 600 can fly for about 40 minutes and has electro-optical/infrared (EO/IR) optics built into a gimbaled sensor ball for surveillance and targeting by a remote operator. It has a threshold range at which it can stay connected to the operator of about 25 miles (depending on conditions such as terrain), cruises at 70 miles per hour, and can dash up to 115 mph. The 600 can be set up and launched by a single soldier in less than 10 minutes, the company says. The whole system weighs 120 pounds with the drone itself weighing about 33 pounds, according to Aerovironment.

Several hundred of the smaller 300-series drones are destined for Ukraine, where they have already been put to use against Russian personnel. Video posted to Facebook by Ukraine’s 53rd Mechanized Brigade shows what appears to be a Switchblade 300 strike on a Russian machine gun emplacement. The drone explodes just outside the opening of the gun nest, which is dug into the ground, and scatters shrapnel over the position. The explosion is not very large, but the precision with which the Switchblade can be aimed makes it a potent weapon against enemy personnel.

Photos of the remains of the drone were later posted by Russians to social media, confirming it as a Switchblade 300 strike. The aircraft is remarkably intact and still sports its wings, which extend from the center fuselage after it is launched from its tube.

Weighing in at about 5.5 pounds, the Switchblade 300 fits in a backpack and can fly for about 15 minutes and up to 10 kilometers. It cruises at about 60 miles per hour and can dash up to 100 mph. For both systems, the drone operator uses a tablet-based navigation and control system to fly and aim the drone and then engage a target.

Because the U.S. Army has not purchased a large number of Switchblade 600s, Aerovironment still basically builds each one by hand, according to Bryan Clark, a senior fellow, and director of the Center for Defense Concepts and Technology at the Hudson Institute think tank. The slow pace of production could be one reason that the drones have not been purchased by the U.S. for the Ukrainians.

That could be a reason why the Pentagon is augmenting the supply of Switchblades with the new “Phoenix Ghost” drone, which also is a flying bomb of sorts but is thus far cloaked in secrecy. Pentagon Spokesperson John Kirby announced the new drone's name and said it functioned similarly and served the same loitering munition role as the Switchblade. He has not given any details about the Phoenix Ghost's design or how big of a bang it produces, though he said it would be "useful against different types of targets." The system was adapted from an existing design through the Air Force's Big Safari office.

“The 600 is brand new and there are not many in our inventory,” Clark told The War Zone in a recent interview. “The SOF community has been using Switchblade because the Army has been dragging its feet. Switchblades are just not made very quickly and that’s a problem they are trying to fix. It’s a capacity issue.”

U.S. Special Operations Forces (SOF) used a number of Switchblade 300 drones against Taliban fighters in Afghanistan beginning in 2010. But special operators don’t often need the 600 series drones and so far there has been no real demand signal from the Army to scale up production of the larger system, Clark said.

The U.S. and allies are eager to pour more military equipment and weapons into Ukraine, where outside assistance has helped to all but stop the Russian invasion in its tracks. But, as with the supply of Javelin ATGMs, the pace at which industry can churn out gear may not match the speed at which Ukraine is expending munitions. The ongoing effort to send Switchblades is another example of that supply chain issue.

Videos appear daily of Ukrainian attacks on Russian armored vehicles and these are potent tools to add to their arsenal, but it remains to be seen how quickly the 600 series Switchblade drones can be fielded and what kind of impact they might have.