An early design of the SR-71’s predecessor had massive canard foreplanes. This is what it would’ve looked like if it had flown. 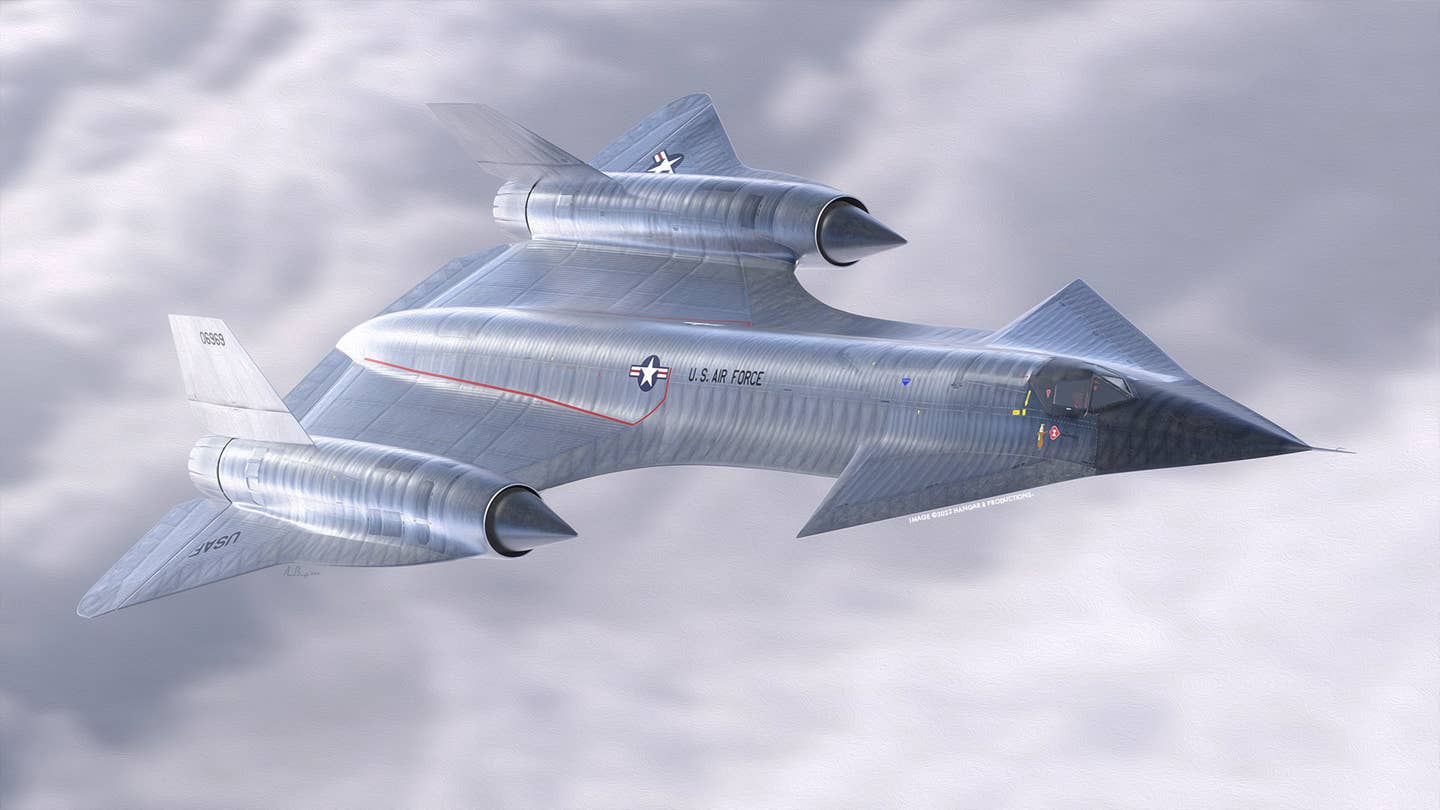 While it's hard to imagine Lockheed Skunk Works' A-12 Oxcart — which would eventually evolve into the SR-71 Blackbird — looking any more sinister than it already does, during the type's development, a configuration included a pair of huge canard foreplanes that appeared absolutely demonic-looking.

The advent of the A-12 Oxcart, (internally nicknamed Cygnus after the swan constellation) isn't just one of the greatest aerospace stories of all time, it is also arguably one of mankind's greatest technological achievements. The fact that an operational Mach 3+ spy aircraft could have been conceived in the late 1950s and first flown in the early 1960s is just astonishing. So many technologies had to be created to make it happen. The accomplishment also played a big part in establishing the lore and mystique surrounding the Skunk Works that endures to this very day.

Making the A-12 a reality was also one of the hardest technological leaps ever made, one that came with a lot of trial and error. This included exploring the use of fixed foreplanes on one of a number of "Archangel" designs in order to solve lingering aerodynamic and performance challenges. While the canard configuration never flew, we were inspired by Scott Lowther's book Origins And Evolution: Lockheed's Blackbird and teamed up with our good friend Adam Burch of Hangar-B Productions, as we have done many times before, to bring the could-have-been A-12 precursor to life.

After examining images of the wind tunnel model and the drawings of the canard-equipped Archangel concept in his book, we reached out to Scott for any more info he could provide on it:

Unfortunately there's not a whole lot to say about this concept. It's known from a single contextless photo of a wind tunnel model and a similar photo of the same model sans canards. From the contours of the wing, it is clearly a slightly earlier iteration of the A-12, not an as-built A-12 with canards. It seems that at least at that point in the development process, Lockheed had concerns about pitch stability. Perhaps the changes in the planform, most obvious inboard of the engine nacelles, and the addition of conical camber to the outer wings cleared this problem up without the added complications of canards. The photo also shows that the fairing of the nacelles into the outer wing, both the leading edge extension and the blending of the nacelle into the outer wing upper surface, post-dates the original build of the steel model. So the design was very much in flux at the time.

From what we understand, as Kelly Johnson's team was working through numerous Archangel design iterations — the 12th, Archangel 12, becoming the A-12 — stability at high angles of attack and trim drag issues cruise were all being tackled in various ways in order to make the Oxcart Program result in a flying machine. The final configuration, along with key operating limitations, helped overcome these issues. The A-12's long chine structures that contoured each side of its nose ended up working similar to canards at higher angles of attack and also contributed significantly to the aircraft's lift, as well as stability in cruise.

The presence of the fuselage side-fairings, or chines, generated almost 20 percent of the aircraft's total lift. Acting as fixed cancards, they also produced a favorable effect on trim drag. Additionally, vortices from the chines improved directional stability of the aircraft as angle of attack increased. The chines also provided a convenient housing for wires and plumbing on either size of the cylindrical center-body fuel tanks.

While the canards look awesome, one also has to wonder how they would have been impacted by the extreme thermal loads placed on the front of the aircraft at high speed. It's also interesting to ponder if the vortexes they would have created would have interacted negatively with what would become the A-12's notoriously finicky engine inlet configuration.

Regardless, at least now when can gawk at 'what could have been' thanks to these incredible renderings from Hangar-B Productions!