Russia acknowledged an explosion aboard the cruiser Moskva hours after Ukraine claimed to have struck it.

The Russian Ministry of Defense says that the Project 1164 Slava class cruiser Moskva suffered serious enough damage to force the entire crew to evacuate after a fire broke out while it was sailing the Black Sea, causing munitions aboard to explode. This follows reports that the ship was on fire after being struck by Ukrainian Neptune shore-based anti-ship cruise missiles.

The exact current status of the Moskva, which is the flagship of the Russian Navy's Black Sea Fleet, is unclear. The Russian Ministry of Defense's statement, as relayed by Russian state media outlet RIA Novosti, does not say whether or not the ship had sunk, was sinking, or is otherwise in danger of doing so. How many Russian sailors were on board when the fire started is unclear, but a typical crew complement for a Slava class warship is around 510 people. There is also no apparent word yet on any fatalities or injuries.

There are indications from online ship tracking software that multiple other vessels may have responded to the incident following an SOS call from the cruiser's crew.

Russian authorities say that the exact cause of the blaze is under investigation. This would seem intended to imply that this was an accident or at least not related to direct combat.

However, Maksym Marchenko, the governor of Ukraine's Odesa region, had said earlier today that Moskva was left "severely damaged" following a Ukrainian attack. He does not appear to have provided any further information to substantiate this claim. This warship was the vessel that Ukrainian border guards on Zmiinyi Island, also known as Serpent or Snake Island, had told to "go fuck yourself" in a now-legendary incident at the very beginning of the conflict. Marchenko said that the ship had now gone exactly where those individuals had told it to go.

Separately, Oleksiy Arestovych, an adviser to Ukrainian President Volodymyr Zelensky, said that he had been informed that the cruiser was on fire, but did not know why specifically. He mentioned the possibility of an accident and quipped that maybe some Russian soldiers had been smoking where they weren't supposed to be.

The first report that Moskva was seriously damaged and that Ukrainian missiles were responsible appears to have come from social media posts from a Ukrainian "volunteer" named Serzh Marko, also written Serg Marco. “The cruiser Moskva has just been hit by 2 Neptune missiles. It is standing [not sunk], burning. And there is a storm at sea,” he wrote. "Tactical flooding is required, apparently," he added, according to a machine translation.

Neptune, in this case, refers to Ukraine's domestically-developed, ground-launched Neptune anti-ship missile, a derivative of the Soviet Kh-35. Like the original Kh-35, after launch, Neptune reportedly uses inertial navigation system (INS) guidance to get to the designated target area and then switches to an active radar seeker to find and make a terminal attack run on its target. The missile has a stated maximum range of around 190 miles (300 kilometers).

It's not clear how many of the missiles the Ukrainian military has, or launch systems to go with them. Though Neptune has been in development since 2013 and the first prototypes were reportedly completed in 2016, Ukrainian officials only ordered the first production batch in January 2021. The first examples were reported to have entered service in March of that year.

There are separate, equally unconfirmed reports that one of Ukraine's Turkish-made armed TB2 drones might have been involved in the attack on Moskva, possibly to distract it from the incoming missiles. The drone could have been used to positively identify the ship, helping to avoid accidentally hitting commercial vessels in the Black Sea, and then get its coordinates to cue the missiles to the target area, as well. Interestingly, the Russian Ministry of Defense did recently release a video it says shows the Project 11356R Admiral Grigorovich class frigate Admiral Essen engaging a TB2 while sailing the Black Sea.

So far, nothing firm has emerged to support the claim that Ukrainian forces, using Neptune missiles or any other weapons, were responsible for the damage to Moskva. Authorities in Ukraine claim to have seriously damaged two other large Russian warships in previous attacks, as well, but neither one has been substantiated.

The first of these was a claimed rocket artillery barrage targeting the Project 22160 patrol ship Vasiliy Bykov on March 7, while the other was said to have been another Neptune missile strike on the Project 11356R Admiral Grigorovich class frigate Admiral Essen on or about April 3. Video footage subsequently emerged reportedly showing the Vasiliy Bykov returning unscathed to port in Crimea, though some have raised the possibility that the Russian Navy repainted another ship of this class to conceal the loss. As already noted, the Russian Ministry of Defense has also released footage it says of Admiral Essen operating without issue after it was supposedly attacked.

There is certainly no shortage of instances of Russian naval vessels and other large government-owned ships suffering serious fires and other major accidents while at sea or in port in recent years, either.

At the same, there is nothing to refute the claims that a Ukrainian missile strike severely damaged Moskva and it is clear that something serious happened to the ship. The War Zone has independently verified that the Russian Navy's Project 1171 Alligator class landing ship Orsk was all but destroyed in the southern Ukrainian port of Berdyansk on the Sea of Azov, though it still isn't absolutely clear whether that was an attack or an accident. There is compelling evidence that Ukrainian personnel hit a small Russian Navy Raptor class patrol boat with an anti-tank missile, as well.

Russian authorities have every incentive to deny that this ship was damaged or destroyed by hostile action. Moskva, which finished up a major refit five years ago, is armed with S-300F and OSA-MA surface-to-air missiles, as well as AK-630 close-in weapon systems and other countermeasures like electronic warfare systems and decoys, all of which are supposed to give it a high degree of protection against cruise missiles, as well as other threats. It would not be impossible for a missile like Neptune to get through these defenses, it would still be a significant achievement.

Beyond that, in addition to being the flagship of the Black Sea Fleet and its involvement in the Snake Island incident, it is one of only three Slava class cruisers to have ever been built and is one of the Russian Navy's largest surface combatants. Not counting the aircraft carrier Kuznetsov, the only warships that the Russian Navy has on the rolls that are larger than the Slavas are its two Kirov class nuclear-powered battlecruisers, one of which has been laid up for years undergoing a torturous modernization effort.

All told, if conclusive evidence emerges that Ukrainian forces sunk or even seriously damaged the Moskva it will be a massive major victory from both an operational perspective and a propaganda one. It's hard not to see the official Russian line about a fire leading to an explosion as not being embarrassing in own way, too.

Given the fog of war, it may take some time for any additional details about what happened to Moskva to leak out and even then the exact circumstances of this incident may remain murky. What we can say, by the Russian government's own admission, is that something happened to this prized cruiser that was serious enough for its crew to abandon ship.

It's also worth noting that sea mines have appeared in the Black Sea in recent weeks. Turkey has defused or detonated a handful of them and says roughly 400 are loose in the nearly land-locked body of water. It isn't exactly clear where they came from. Russia says they are Ukraine's. Ukraine says they have not mined any waters and it would not be to their benefit to do so.

"Early last week, Russia's defense ministry and its state security agency, the FSB, warned against floating Ukrainian mines off the coast of Odesa, which had reportedly come adrift after a storm. The first reports spoke of several hundred mines. Later, the Russian defense ministry said that the anchors of an estimated 10 mines out of 370 had broken off.

Ukraine rejected the allegations, calling them "disinformation." It said that the mines were from Ukrainian stockpiles and had been used in Sevastopol off the coast of Crimea, which Russia has occupied since 2014. The Ukrainian government accused Russia of deliberately allowing the mines to float in the Black Sea to damage Ukraine's international reputation.

"Both versions are plausible," said Johannes Peters, an expert for maritime strategy at the University of Kiel. He said that from the images released it was clear that the mines in question were old models that could be identified as being Ukrainian but that they probably dated back to the Soviet era. Turkish authorities have also hinted at this. What is certain is that "since the annexation of Crimea, the Russian navy has had access to such mines, too," he said.

Regardless, a stray mine could do massive damage even to a relatively large and sturdy warship like the Moskva. There is no evidence this was the case at this time, but it is something to keep in mind.

The Russian Ministry of Defense says the fire onboard Moskva has been contained and that it plans to tow the stricken ship back to an unspecified port, possibly the Sevastopol naval base on the occupied Crimean Peninsula. This comes amid unconfirmed claims that the ship sunk.

No pictures or video footage of Moskva in the aftermath of this incident have emerged publicly so far. A video clip circulating on social media, seen in the Tweet below, claims to show the cruiser exploding but is actually from a test of a Norwegian Naval Strike Missile (NSM) anti-ship cruise missile in 2013.

Pentagon Press Secretary John Kirby said today that the U.S. government has unspecified imagery of Moskva showing serious damage, but that it is still unclear exactly what happened. The U.S. military has been regularly conducting aerial intelligence, surveillance, and reconnaissance sorties over the Black Sea using manned and unmanned aircraft. Imagery from satellites would be another option, though there has been heavy cloud cover in the area recently.

U.S. National Security Advisor Jake Sullivan separately said today that American authorities could not "independently verify" the circumstances that led to the fire and explosion on board Moskva. 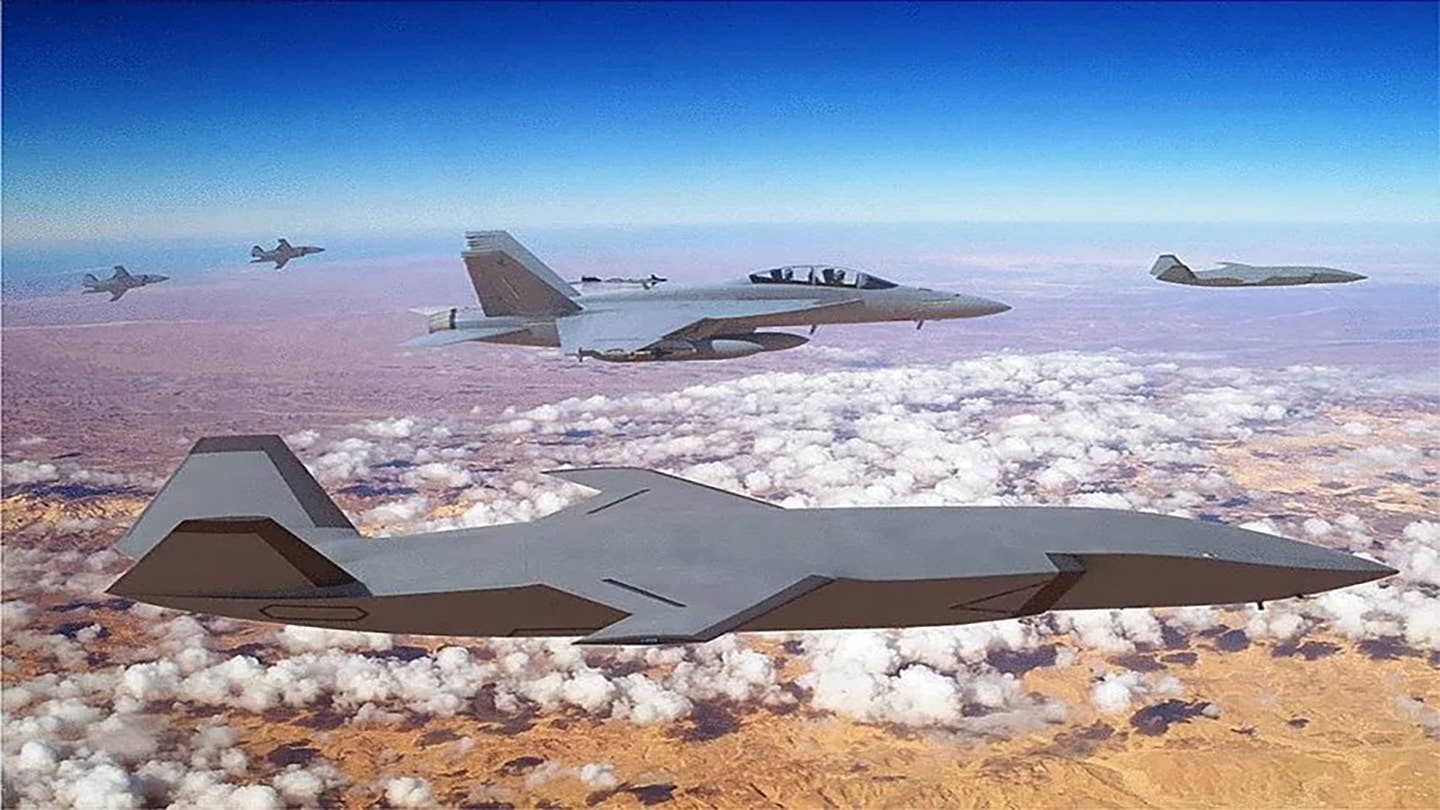 From tablets to voice commands, Raytheon’s Department 22 is working out how best to join fighter pilots and drones into a collaborative team. 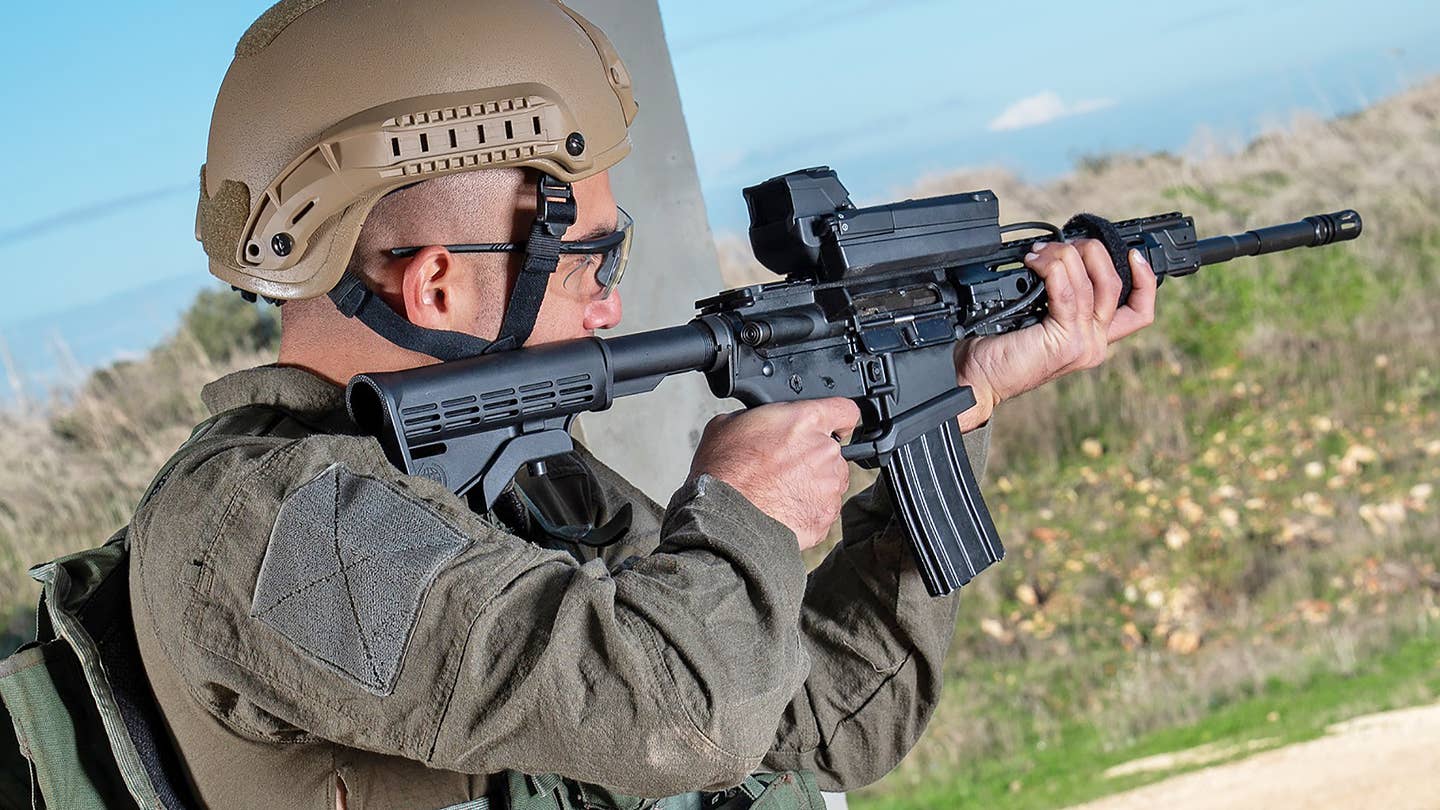 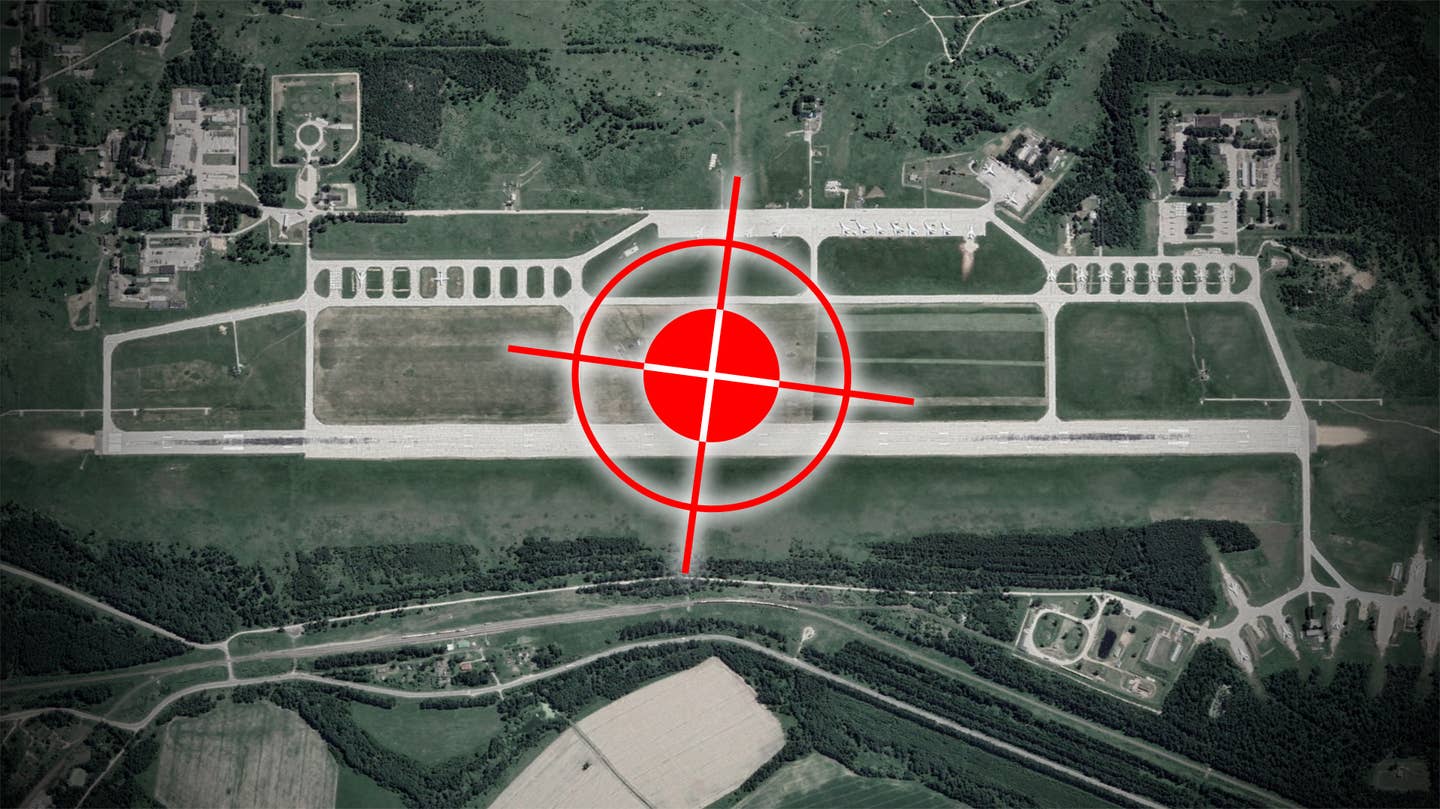 A Ukrainian drone attacked a Russian Tu-22M bomber base, which has been a hub for strikes on Ukrainian targets, far across the border.