Kommuna, an antique Russian Navy salvage ship, has embarked on a mission to investigate a potential salvage operation for the Moskva wreck.

A salvage operation following the sinking of the Russian Slava class cruiser Moskva may be underway, according to a report by independent defense analyst H.I. Sutton. The ship reported to be carrying out this operation happens to be a 110-year-old Russian Navy rescue vessel named Kommuna — one of the oldest operational naval vessels in existence.

The unique-looking Kommuna first entered active service as the Volkhov in 1915 to act as a submarine tender and salvage ship for the Russian Navy’s Baltic fleet. She is a double-hulled catamaran design and was active through the Russian Revolution and two World Wars, serving in the Russian Imperial, Soviet, and now Russian Federation navies.

In 1922, she was officially renamed Kommuna, or Commune in English, which matched Russia's drastically changed political reality at the time. That name even succeeded the eventual fall of the Soviet Union.

In her early life, she tended submarines, including repairing and refueling them and swapping out their crews, in addition to executing recovery missions. The latter missions ranged from salvaging everything from ships to aircraft. Kommuna was even awarded the Medal For The Defense of Leningrad for her role in salvaging vehicles from sunken supply ships during the harrowing World War II Leningrad campaign. Following a refitting in 1967, she moved to the Black Sea and was equipped with recovery submersibles.

The ship’s double-hull design was initially intended to provide space for docking submarines and salvaged objects. As she was upgraded over the years and submarines grew much larger, the central area became home to compact rescue submarines, smaller remote-controlled submersibles, as well as parts of wreckage that had been hoisted into the ship.

According to Sutton, it is likely that Kommuna is carrying AS-28 deep-submergence rescue vehicles (DSRV) that are designed to dive 1,000 meters deep. Kommuna has long been based in Sevastopol, Crimea, near the location in the Black Sea where the Moskva had sunk. Sutton believes the depth of the wreck will be easily reached by the ancient ship's more modern hardware.

Due to her proximity to where the Moskva’s sinking occurred, deploying Kommuna as the designated salvage vessel to surveil the wreckage seems to be a logical choice. despite being over a century old.

For background, Moskva was severely damaged in mid-April after being struck by Ukrainian Neptune shore-based anti-ship cruise missiles while sailing the Black Sea. The vessel then caught fire which led to a full-crew evacuation. The ship was equipped with a triple-tier air defense system, as well as long-range anti-ship cruise missiles, among other weaponry.

While circumstances surrounding the Black Sea flagship’s sinking remain mysterious, an official announcement was made by Russia’s Ministry of Defense confirming Moskva had sunk while being towed back to port the day after an explosion on board. This is now considered to be the most prominent naval loss during combat in decades.

Experts like Sutton are not sure if Russia will try to salvage all or even large sections of its sunken cruiser. There are no official reports surrounding what exactly was aboard the Moskva in terms of sensitive materials, but classified items and sensitive weapons and communications systems would be a high priority for immediate recovery efforts.

While there have been claims that nuclear warheads for the ship’s P-500/P-1000 anti-ship missiles were on board at the time of its sinking, there is currently zero evidence to back this up. When considering the sailors that were aboard the ship at the time of the explosion, it is unknown how many of the approximately 500 crew members survived or were injured.

The Russian Ministry of Defense claimed just today that 396 sailors on the ship had been rescued, one has been found dead, and 27 remain missing, but we do not know if those numbers match reality. However, it is also being speculated that the potential recovery of bodies will be a part of Kommuna’s Moskva salvage mission.

The time it will take for Kommuna to see even a reconnoitering operation through is also a growing concern, if indeed it is going to work the site of Moskva's sinking. It could become a juicy target for Ukrainian forces who have already made it clear they can reach out far from their shore to strike an enemy ship.

In his coverage, Sutton also noted that the Russian Navy’s Project 11982-class oceanographic survey vessel Lagoda could also be deployed in support of Kommuna’s mission.

Whether the mission will be solely focused on investigation, recovery, or both, the antique Kommuna may once again get the chance to ply her trade as the matriarch of naval salvage ships on what may become the highest-profile mission of her very long career. 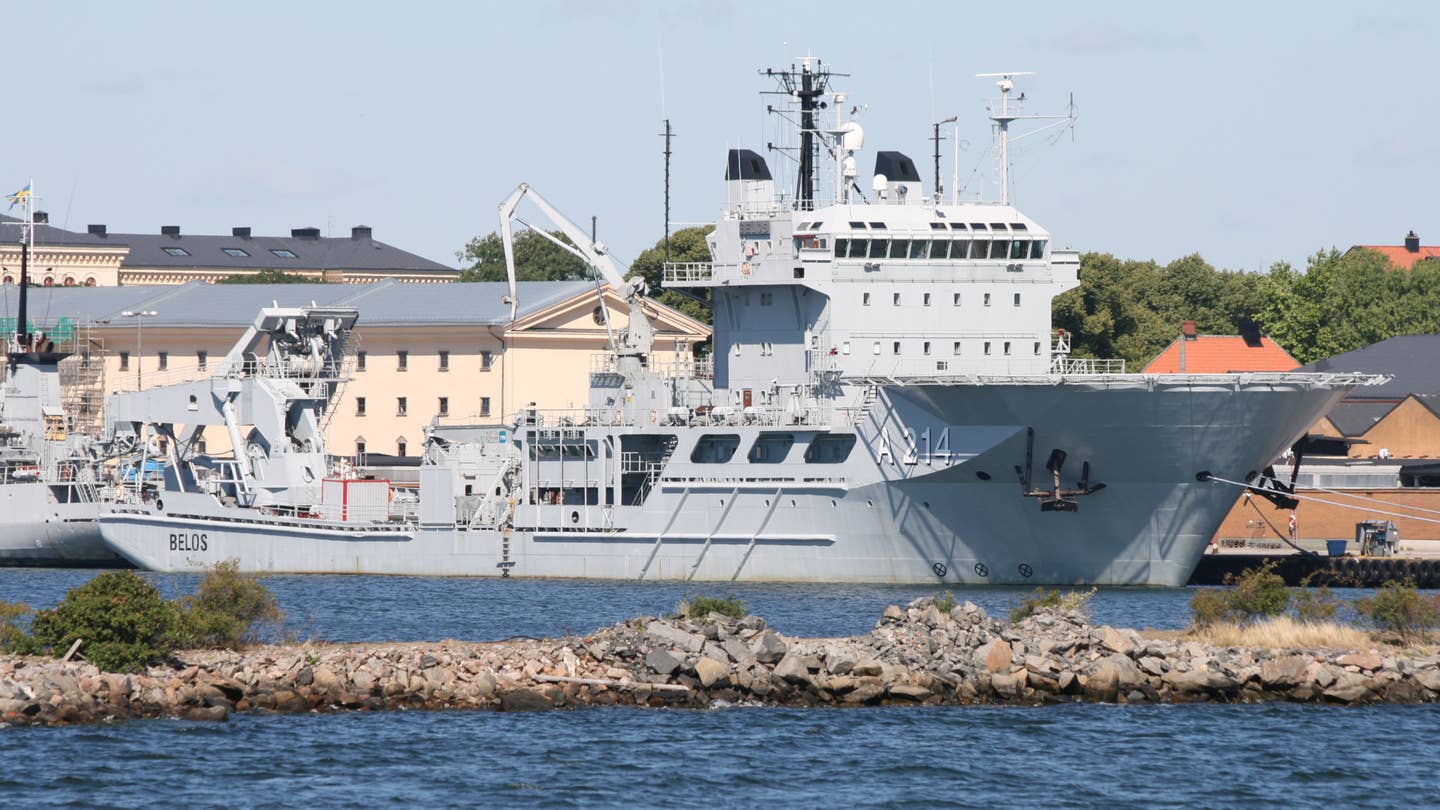