Just days after The War Zone published a deep dive into the fascinating ship and its murky future, it has appeared executing its mission in official images. 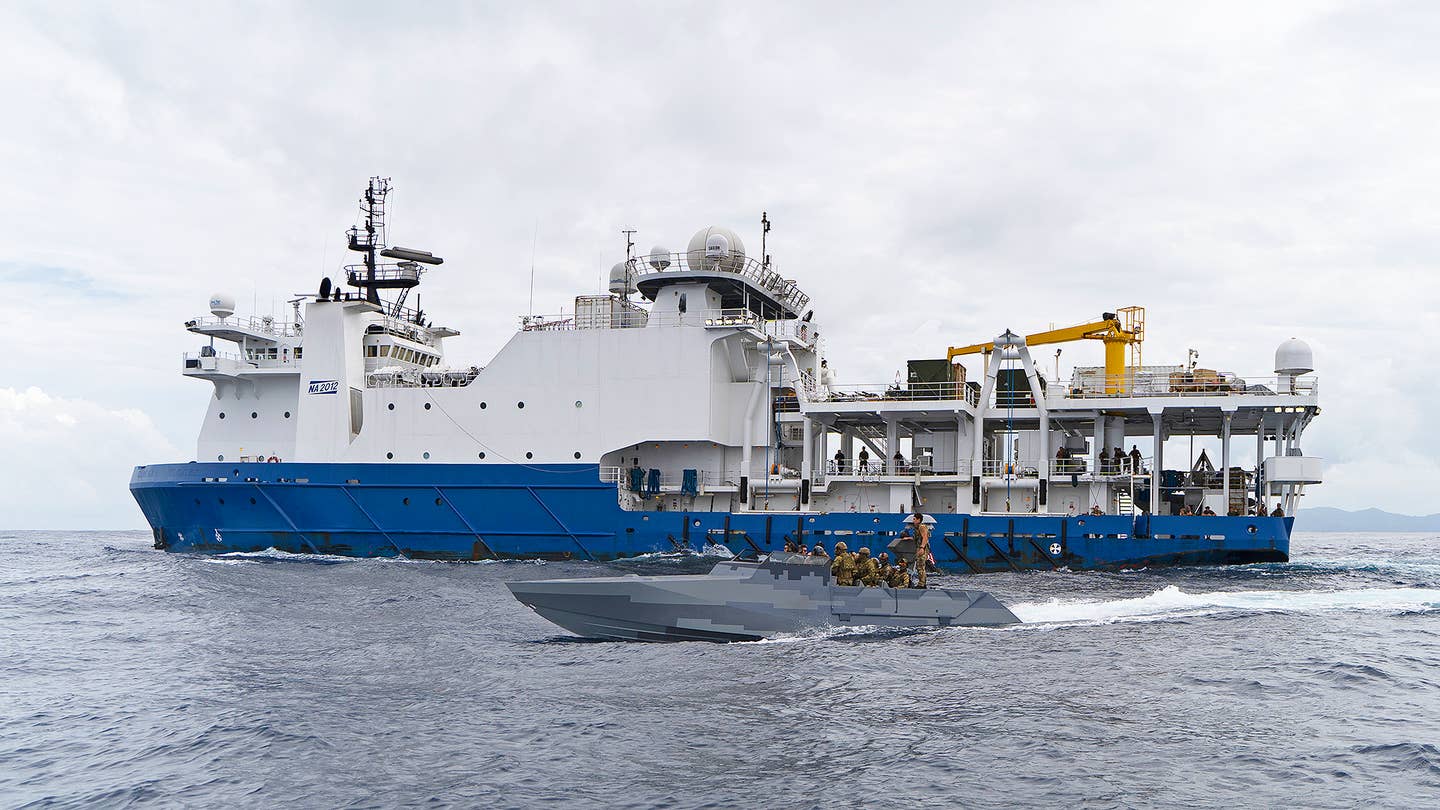 Just days after The War Zone published an in-depth article on the MV Carolyn Chouest, the unassuming, but highly-modified and secretive special operations mothership that plows the waters of the Indo Pacific, the Department of Defense just peculiarly posted what may be our best look yet at the ship.

The image is part of a gallery of photos showing U.S. Navy SEALs and Special Warfare Combatant-craft Crewmen (SWCC) operating their stealthy Combat Craft Assault speedboats alongside Phillippine Navy and Australian special operators as part of the large Balikatan 22 exercise. The photo was taken off the coast of Palawan on April 7th, 2022, but was only released today. The photo's caption reads, in part:

Balikatan is an annual exercise between the Armed Forces of the Philippines and U.S. military designed to strengthen bilateral interoperability, capabilities, trust and cooperation built over decades of shared experiences. Balikatan, Tagalog for 'shoulder-to-shoulder' is a longstanding bilateral exercise between the Philippines and the United States highlighting the deep-rooted partnership between both countries. BK22 is the 37th iteration of the exercise and coincides with the 75th anniversary of U.S. Philippine security cooperation.

The gallery includes plenty of other interesting pictures, as seen below.

While the pics of the SEALs and their allies raiding what appears to be a sea platform of some sort are interesting, the appearance of the Carolyn Chouest really is what makes this set of images special. The ship is seen doing exactly what it is meant to do — work as a forward floating staging base for U.S. special operators operating in the Pacific, which includes packing around CCAs, 'tactical jet skis,' RHIBs, and a ton of other gear. You can see the ship is littered with modular containers and covered with communications aerials. It also has its staple drone catapult on its upper deck above the stern.

Seeing the ship, which once served as a tender for the U.S. Navy's deep-diving nuclear-powered mini-submarine, the NR-1, executing its mission is somewhat bittersweet. In its Fiscal Year 2023 budget proposal, the Pentagon wants to cut the funding to extend its lease on the ship and discontinue its use. While the Navy has deployed one of its gargantuan Expeditionary Sea Bases to the Pacific for the first time, that is a very different animal than the highly mobile, remarkably covert, tailored capability the Carolyn Chouest provides.

Once again you read can all about this unique platform's capabilities and history, as well as its murky future in our recent feature linked here.