While being able to double Javelin production in the near term is a good sign, it still highlights a worrisome production capacity issue. 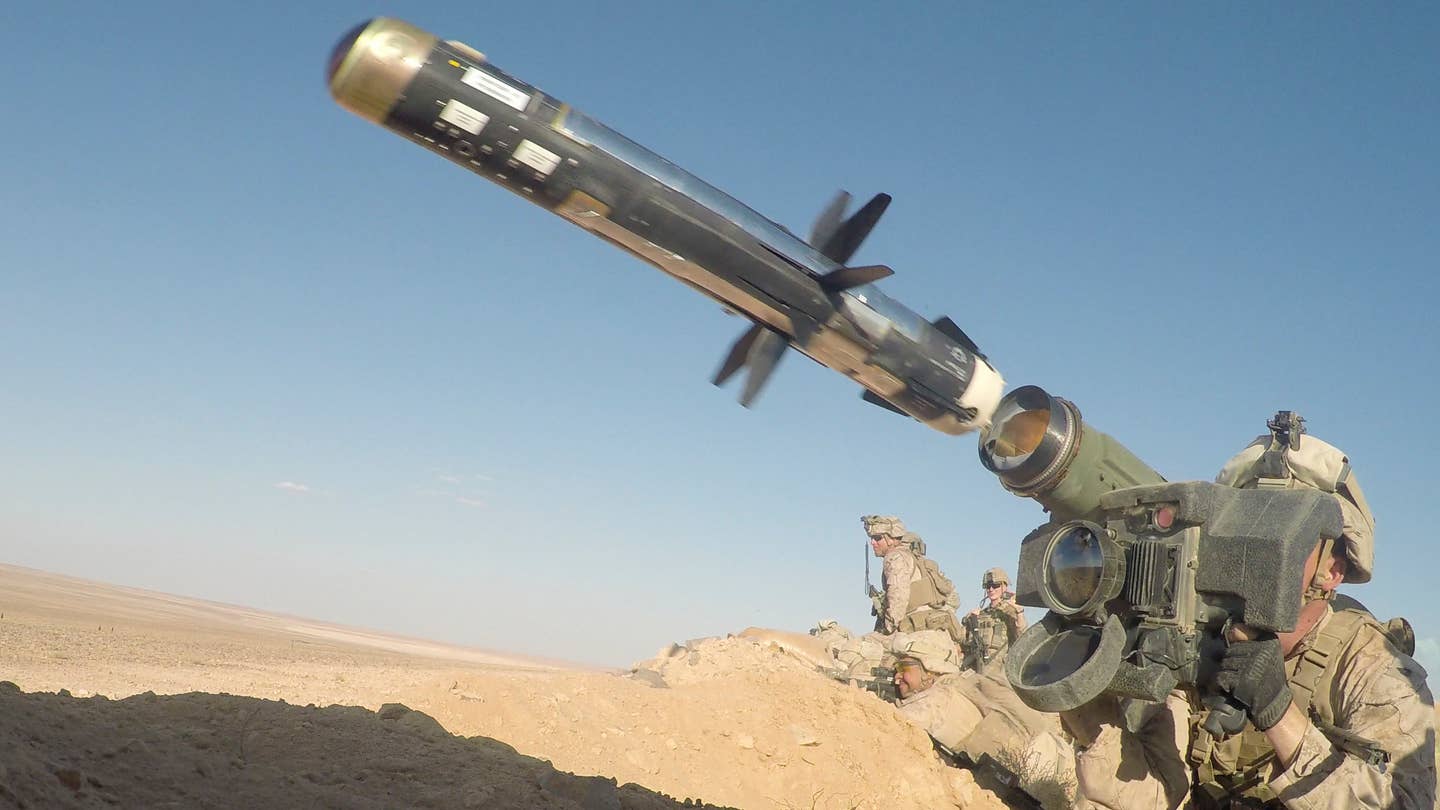 Lockheed Martin is addressing concerns about the continued supply of shoulder-fired Javelin anti-tank missile systems, one of the key weapons being used by Ukraine in its ongoing defense against the Russian invasion. The company has confirmed that the production rate of the anti-tank missile will be almost doubled, responding to the demand from Ukraine as well as the continued requirement for these weapons to arm the United States and other allies and partners.

Speaking to CBS News yesterday, James Taiclet, the chairman, president, and CEO of Lockheed Martin Corporation, said that the company aims to boost production of the Javelin from the current 2,100 missiles per year to 4,000 per year, a process that could take up to “a couple of years” to achieve. One of the sites where the missiles are manufactured is in Troy, Alabama. Overall, production is shared as a collaboration between Lockheed and Raytheon Technologies.

“[President Joe Biden] visited us in Troy, Alabama, to thank the workforce earlier this week, and we really appreciate what he’s done for us,” Taiclet said, referring to the recent $33-billion Ukraine-related spending package that the White House has asked Congress to approve.

Last Friday, the Pentagon announced that Lockheed and Raytheon had won a $239-million contract for Javelin production, to be completed in late 2025. This is a modification to a previous contract that could be worth up to $2.2 billion.

“We are therefore, on our side, accelerating our investment in that factory and in our workforce there,” Taiclet added. “So we’re already investing ahead of time to buy tooling, to expand the plant and also support our suppliers to get ready to ramp up production.” It should be noted that the target here seems to refer exclusively to the missiles used in the Javelin system, rather than the Command Launch Unit, or CLU.

“We can start turning up the heat now and ramping up production immediately,” Taiclet said, noting the firm is anticipating increased demand for “superior systems in large enough numbers.”

As well as an expected continued demand from the war in Ukraine, where the Javelin’s ability to knock out Russian armor has elevated it to the status of a trademark weapon of that conflict, Taiclet also pointed to a broader requirement for increased numbers of Javelins and other weapons. These will be required to meet the threat not only from Russia but also from China, both of which he sees as increasing in the future.

“We know there’s going to be increased demand for those kinds of systems from the U.S. and for our allies as well and beyond into Asia-Pacific, most likely too,” Taiclet said.

One potential pitfall in the ability to rapidly ramp up production of Javelins has been the availability of microchips and semiconductors, provided through subcontractors, mainly in Asia. Each missile contains upward of 200 of these components.

Taiclet noted that the proposed Bipartisan Innovation Act aims to legislate to try and produce more semiconductors in the United States and said he hoped Congress would sign it off.

“It will be extremely helpful to have the Bipartisan Innovation Act passed, for example, because we do need to invest more in the infrastructure in the U.S. so we have domestic supply, especially in microprocessors. And so our production line can run today, but in the future we’re going to need more domestic capability and microprocessor, not only design but manufacturing, testing, etc., so that we have assured supply of those microprocessors in the future.”

The issue of supplies of Javelins in light of Ukrainian usage has come up more than once in the past, of course. It is also part of a wider discussion about the ability of the U.S. defense industry to meet increased demand for other critical weapons, including in the event that the U.S. military needs to acquire more of them rapidly during a major future conflict.

Congress recently asked the Pentagon whether the Defense Production Act, or DPA, should be invoked to ensure supplies of Javelins, as well as Stinger surface-to-air missiles, continue to flow to Ukraine.

The DPA allows the president to order private companies to prioritize orders from the federal government if it is in the interest of national defense. To make this happen, the president is able to offer certain financial incentives or issue anti-trust waivers that allow different companies to work together.

As to the quantity of Javelins that have already been supplied to Ukraine, this now numbers around 5,000 missiles, or approximately one-third of the U.S. stockpiles. The number of Stingers is rather less, at around 1,400, which is equivalent to around a quarter of U.S. stockpiles.

Some details of current Javelin production numbers are provided in the latest budget request, which notes that the U.S. Army had previously only been looking to buy 582 Javelins in Fiscal Year 2023, and that the Minimum Sustainment Rate (MSR) for the production line was 850 per year.

The same FY23 budget documents state that the maximum production rate as it stands now is 6,480 per year, although reaching that point would take some time. The Economical Production Rate, defined as the most efficient production rate for each budget year at which the item can be produced with existing or planned plant capacity and tooling, and using normal eight-hour shifts, is 3,960 per year.

In response to the missile depletion, the Pentagon has allocated around $1.45 billion to the U.S. Army and Marine Corps to restock Javelins and Stingers. These funds have been drawn from a $13.6-billion Ukraine aid package passed by Congress in March, of which $3.5 billion was earmarked to make good stockpiles of U.S. weapons delivered to Ukraine.

In fact, the sheer number of Javelins flowing into Ukraine has raised a possible new problem, that of actually being able to properly train enough Ukrainian troops to use them. This is something you can read about in this previous article.

But while Lockheed Martin is confident that it can ramp up Javelin production — even if might take up to two years to achieve that — the situation as regards the Stinger looks less promising.

Although the Pentagon has said it’s “actively negotiating” a new Stinger contract, manufacturer Raytheon has admitted that shortages of parts and materials could mean that it’s not able to actually produce these new missiles until 2023 or later. The DoD hasn't bought new Stingers in many years and is now looking to replace it with a new missile, but that doesn't help in the near term with diminishing stockpiles.

As it stands, while it’s unclear when exactly the promised boost to Javelin production will be felt, the news from the boss of Lockheed is welcome for Ukraine and the U.S. military alike. But as long as these missiles continue to be used effectively to combat the Russian assault on Ukraine, the demand for Javelins is unlikely to diminish. And seeing how fast they are being consumed in that conflict, it is clear that the DoD and industry were not prepared to sustain a much wider conflict that could consume stocks much more rapidly.

It will be interesting to see how all this plays out, but for now, at least a boost toward maximum production is a positive move in the right direction.

Javelins have killed Russian armor. But now there are concerns about supply and the ability to train Ukrainian troops.

The Pentagon hasn’t bought a new Stinger in 18 years. But its success in Ukraine against Russia has industry scrambling to make more.

The Army says the iconic Stinger design is increasingly obsolete and its existing stockpiles are dwindling.