What appears to be the first high-resolution picture of a prototype navalized derivative of the Chinese Shenyang J-35 stealth fighter, also often referred to as the FC-31, has emerged online, as seen at the top of this story. A number of interesting details about the aircraft, which wears the serial number 35003 and a gray tactical paint scheme with subdued national insignia, along with other markings, are visible in the images, including with regard to its canopy and engines.

Though the development of this aircraft had been long-rumored, especially as China's fleet of aircraft carriers continues to grow, the first reliable shots of it in flight, as well as on the ground, had only emerged late last year. All of those images, which showed the plane in a turquoise primer paint scheme, were low-resolution.

The image we now have offers much better views of the aircraft and its features. Reportedly the second flying prototype, and the third in all, the jet's new paint job and other markings, including what may be a 'flying shark' logo similar to ones seen on People's Liberation Army Navy (PLAN) J-15 carrier-based fighter jets, point to steady progress in its development in the past few months and further confirm its intended naval role.

For one, we can now see that the F-35-like front-opening, internally bowed canopy has an integral bulkhead at the rear. This is broadly similar to the rear canopy configuration found on the A and C variants of Lockheed Martin's F-35 Joint Strike Fighter, and all but certainly appears to have at least been influenced by the design of these American jets. The rear of the F-35B's canopy lacks the bulkhead. Neither of the F-35 canopy arrangements, nor the J-35's canopy design, offer any direct rearward visibility to the pilot. The J-35's canopy is also less severely 'bubbled,' and blends more evenly with the airframe towards its rear in a similar fashion to what's found on the F-35B, as we pointed out in our initial analysis.

The Chinese decision to go with this canopy design was already curious given that the reason for the F-35's canopy configuration is at least partially a design compromise directly linked to the need to accommodate the lift fan and other associated unique elements found on the short takeoff and vertical landing (STOVL)-capable B variant. To date, there is no indication that a STOVL version of the J-35, or the preceding FC-31, is in the works. This, in turn, has only raised questions about why the navalized Chinese jet has this configuration with no apparent need for the visibility and other design penalties that come along with it. The War Zone has previously explored the canopy issue in detail, as you can read here.

The other particularly noticeable details in the new images of the J-35 are its engines, which have pronounced serrated exhaust nozzles and rear fuselage cowlings. This may be one of, if not the first look at the new WS-21s that reportedly power this jet. The WS-21, also sometimes referred to as the WS-13X, is a further improved variant or derivative of the WS-13E, which itself was a more powerful afterburning version of that domestic design. The second FC-31 prototype reportedly features WS-13Es in place of the Russian-made RD-93s found on the first example. The WS-13 series is similar in both form and performance to the RD-93.

A report from the Chinese state-operated CCTV television network in June appeared to indicate that the J-35 equipped with WS-21 engines would make a formal appearance at this year's Zhuhai Air Show, which is scheduled for November. Zhuhai, which typically takes place during even years, is China's premier aviation trade show, and often sees the public debut of new and advanced designs.

Otherwise, we can see the J-35 has doors with sawtooth ends for its nose landing gear and trapezoidal ones for its main landing gear, as well as a prominent trapezoidal panel on the side of the right engine intake, all of which are increasingly standard features of stealthy combat jets. Actual stealth features, of course, require a high degree of institutional knowledge in terms of design, and extreme precision in terms of manufacture and installation. Many of the critical low-observable 'tricks' employed in advanced stealthy designs are not outwardly visible. As such, it's unclear exactly how stealthy this design might be in reality. That being said, the Chinese aviation industry has no doubt gained important experience in this regard over the years from the continued development and production of J-20 series jets, among other types. And just because the J-35 may not be as stealthy as its F-35 counterpart, for instance, that doesn't mean that its low-observable features still can't markedly enhance the aircraft's survivability in many circumstances.

Overall, the aircraft looks incredibly seamless, with a very smooth exterior with minimally exposed panels, large fasteners, gaps, creases, antennas, and other elements that could be adverse to its radar signature.

An air data probe, commonly fitted to aircraft undergoing various kinds of flight testing, is seen fitted to the J-35 in this new picture, too.

If the J-35, whatever engines it might be fitted with, does make an appearance at Zhuhai later this year, we can expect to learn even more about this design and its features. 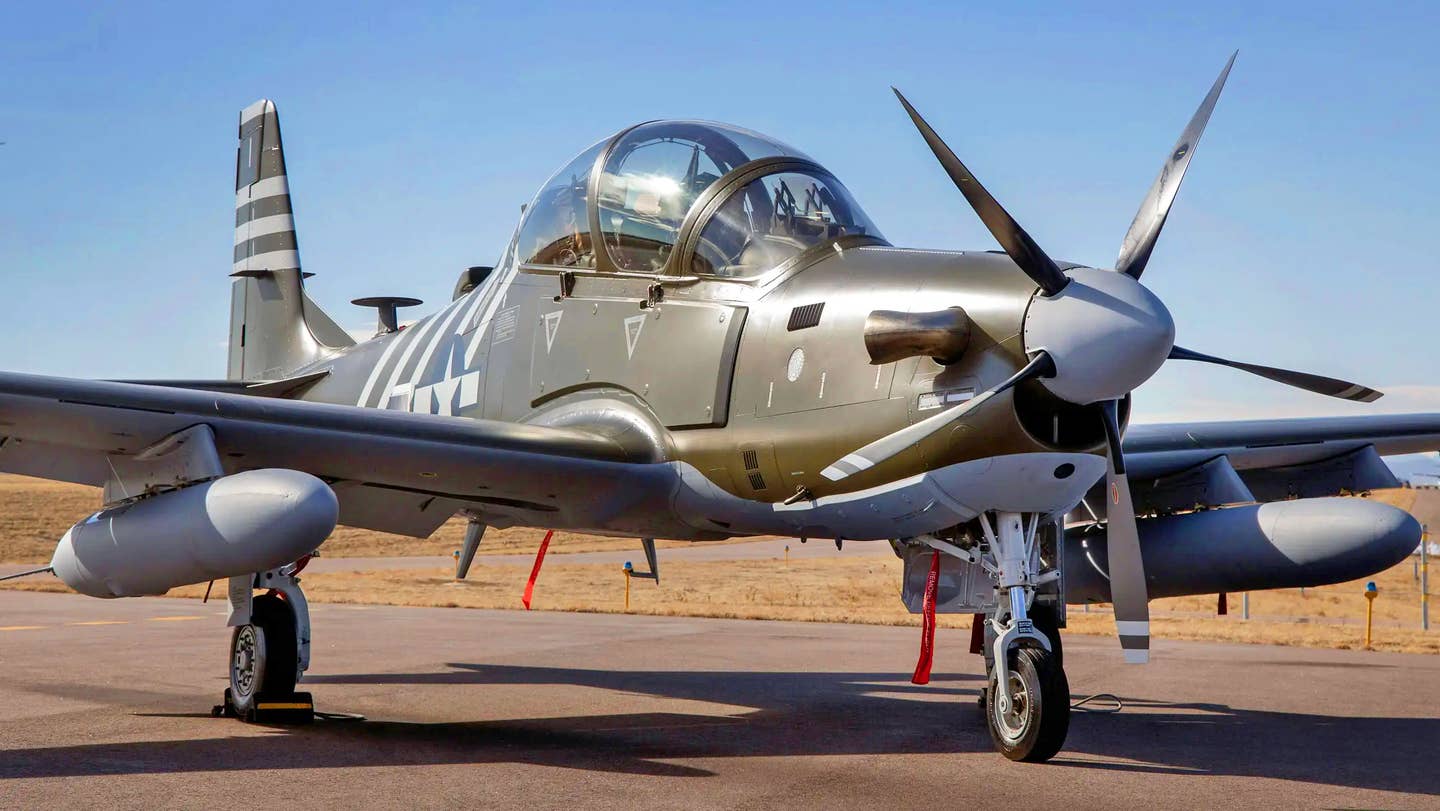