The Ukraine Lend-Lease Act definitely draws on the World War II program’s nostalgia, but there are critical differences between the two. 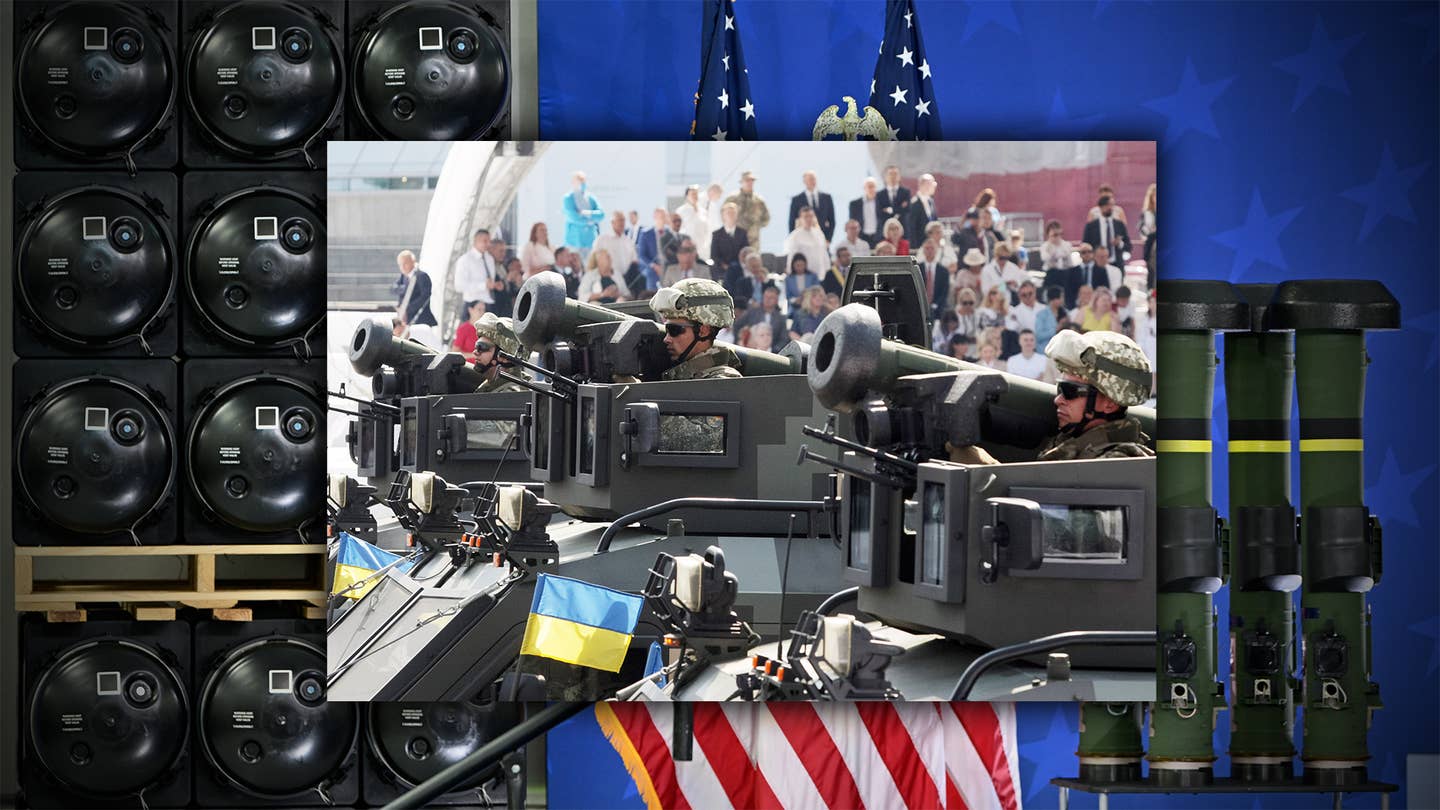 On April 28th, the U.S. House of Representatives overwhelmingly passed the Ukraine Democracy Defense Lend-Lease Act (S.3522), which has now gone to President Joe Biden's desk for signature. This is on top of the White House's recent call for Congress to approve a new $33 billion Ukraine-related spending package. Politico has described the Ukraine Lend-Lease Act as one that would “revive a World War II-era program allowing President Joe Biden to more efficiently send weapons and other supplies to Ukraine,” one of a number of instances where this direct connection has been made. The problem, however, is that this isn’t entirely correct.

To start, S.3522 is one of several pieces of legislation crafted to address the crisis in Ukraine. A memo dated April 29 from the Library of Congress’s Congressional Research Service cites three other laws already enacted up until that point that had, at least in part, addressed support for Ukraine.  Interestingly, if you look closely, all of these, including the recently passed Lend-Lease bill, were first introduced between December of 2021 and mid-February 2022 – all before Russia actually launched its assault on Ukraine. This hasn’t been a matter of sluggish Congressional reaction reflecting last-minute political opportunism or skepticism about providing help from the outset. Instead, the legislative history of all these bills shows that members of the House and Senate were trying to lay the legislative groundwork well in advance of potential Administration requests.

Many have been eager to draw comparisons between the new Ukraine Democracy Defense Lend-Lease Act and the Lend-Lease Act of 1941, which had a tremendous impact on the course of the Second World War. The latter bill was passed in an entirely different context. Leading up to its passage on March 11, 1941, the U.S. could only provide limited support to countries fighting the Nazi onslaught, like Great Britain. In particular, a series of laws called the Neutrality Acts forbade the U.S. government from providing any war materiel to a combatant country unless they were provided on a cash-and-carry basis. Further, existing laws prohibited the U.S. government from lending any money to the belligerents in a conflict. This was a real problem for countries like Great Britain (and later, the Soviet Union), which were short on both weapons and cash. As a history of the Lend-Lease Act, “The Most Unsordid Act,” explains, “The Lend-Lease Act marked the point of no return for American policy regarding Hitler’s Germany.”

The 1941 Lend-Lease Act gave the Roosevelt Administration enormous, sweeping powers, covering just about anything you can imagine, from weapons and munitions, to facilities for production and servicing, to plans and design documents. It also included any “agricultural, industrial or other commodity or article for defense.”

In addition, the Lend-Lease Act granted the government permission to manufacture or procure any defense article, for any country, whose defense was deemed vital to the defense of the United States. All materiel made or procured for these purposes could be sold, transferred, exchanged, leased, loaned, or “otherwise dispose(d) of” to get it in the hands of allied governments.

The law also covered the ability to “test, inspect, prove, repair, outfit, recondition, or otherwise to place in good working order” defense articles. By war’s end, the U.S. government had shipped some $50 billion of supplies — $816 billion in today’s dollars. By comparison, the 2022 defense budget of the United States was $753 billion.

Today, the U.S. government doesn’t operate under restrictive laws like the Neutrality Acts. Rather, several legal authorities were created in the decades of the Cold War allowing it to send weapons and other war materials to countries worldwide. This includes general programs like Foreign Military Sales (FMS), Foreign Military Financing (FMF), and Excess Defense Articles (EDA), all executed by the DoD’s Defense Security Cooperation Agency, which was established in 1971. There is also the more focused recent legislation specifically centered on support for Ukraine.

Among these, the tool that has taken center stage is the Presidential Drawdown Authority (PDA) (22 USC 2318: Special Authorities). On top of all the various authorities and laws passed over the years, Congress also created a sort of ‘Break Glass in Case of Emergency’ option for sending equipment and support in a crisis. Without getting into all the legislative details, the law says that if the President determines that an unforeseen emergency exists that can’t be addressed by other provisions, he only has to give Congress a heads up and is free to ship anything the DoD can get its hands on.

Since the Russian invasion of Ukraine, the DoD has radically improved the turnaround time for providing weapons to Ukraine using the PDA. For example, in an April 21 background briefing, senior DoD officials explained that the Presidential Drawdown memorandum issued earlier that day would result in the first cargo flights departing the United States within 24 to 48 hours, with an expectation that equipment would be in Ukrainian hands by April 25 or 26.  Which, all things considered, is pretty darn fast.

There’s one tiny hitch to the PDA. The (relatively minor) problem is that the bill limits the amount of stuff the President can hand out in any given year. The base law capped assistance at $100 million in a single fiscal year. The reasoning for this was that the small cap was a balance to the broad authority provided by the law. Since the start of the war in Ukraine, Congress has raised that cap to $3 billion. Last week, the White House asked for an additional $5 billion increase to that limit as part of a broader $33 billion aid package related to the conflict in Ukraine, according to Administration officials.

So, if the President already has the power to ship whatever weapons he wants to Ukraine and surrounding countries, what exactly does all this other legislation do?

According to one defense security assistance expert, who agreed to speak only on background, it doesn’t really add much to the authorities that the President already has. For the most part, these other bills raise spending limits or eliminate various preconditions and requirements on sending aid to Ukraine.

The 1941 Lend-Lease Act was a dramatic departure from what Congress had permitted at the time; namely, the sale of arms on a strict cash basis. The law gave explicit permission to buy, manufacture, or otherwise acquire a whole host of goods, as well as the power to “sell, transfer title to, exchange, lease, lend, or otherwise dispose of” to transport those goods abroad.

In contrast, S.3522 is focused on easing leasing requirements for items going to Ukraine (as opposed to the enormous array of powers granted in the 1941 Lend-Lease Act). While the bill more specific provisions only name Ukraine, it also includes a mention of helping other unnamed "Eastern European countries impacted by the Russian Federation’s invasion of Ukraine" with the stated goal of this support being "to help bolster those countries' defense capabilities and protect their civilian populations from potential invasion or ongoing aggression by the armed forces of the Government of the Russian Federation." This opens up a possibility that this might also help provide a separate military assistance pipeline to countries that are themselves trying to provide aid to Ukraine, but not before being able to backfill lost capabilities and capacity first.

Regardless, this comes as an addition to a wide array of existing authorities, including Foreign Military Financing, Foreign Military Sales, existing lease and loan authorities, and others. Elimination of lease conditions is helpful, but only so much, especially in light of the PDA. With that authority, the only red tape is that the President is required to inform Congress of such transfers. The current legislation can be commended for its intent to reduce bureaucratic barriers, but at this point, all the stops are pretty much pulled out. Once you’ve decided to just hand stuff over, there really isn’t any red tape left to cut.

Then is all this just silly theater? Well, no, not exactly. The truth is that (almost) nobody will write an article about Presidential Drawdown Authority or Foreign Military Financing because it involves arcane legislative minutiae. Yet it’s incredibly hard to miss the enthusiastic coverage of this “new” Lend-Lease Act.

This is because the original 1941 law was incredibly sweeping in scope and powerful in its impact. The book “Pipeline to Russia” gives totals for some of the equipment transferred to the Soviet Union under Lend-Lease:

And this is the actual genius of the Ukraine Democracy Defense Lend-Lease Act. Even if the exemption of certain lease provisions isn’t going to do anything that existing authorities don’t already cover, invoking the memory of Lend-Lease is an entirely different issue. Frankly, nobody will wax poetic about the 1961 Foreign Assistance Act. It’s impossible to rally people around particular provisions of Chapter 32 of Title 22 of the U.S. Code. But Lend-Lease is a term that is ingrained in the American story.

So even if the letter of these laws isn’t, in the final analysis, going to be especially dramatic, it’s the spirit of the law that’s vital here. It’s worth remembering Napoleon’s assertion that morale is three times more important than physical aspects of warfare. The Ukraine Democracy Defense Lend-Lease Act hits the exact right note in spirit. Achieving something other legislative proposals have not, it has set the proper tone for the conversation. The clear decision of the American people, as represented in Congress, to put the power of American industrial might, guided by Ukrainian hands, into the fight against Russian aggression.