Testimony from a congressional hearing on the Navy’s 2023 budget request outlines one way the U.S. Navy may choose to rid itself of the troubled Freedom-class of Littoral Combat Ships, or LCSs. Admiral Michael Gilday, the U.S. Navy’s Chief of Naval Operations, suggested in May 26 testimony with two other senior officials to the Defense Sub-Committee of the United States Senate Committee on Appropriations that the Navy sell some of the vessels to allies, including possibly those in South America.

During the hearing, Gilday noted that the decision to decommission the nine Freedom-class LCS — which are extremely young ships by any standards and cost billions to build — was made in a bid to “stratify” the Navy’s range of capabilities. However, he argued that the ships could add value to the navies of U.S. allies and partners.

“There are countries in…South America, as an example…that would be able to use these ships that have small crews. Instead of just considering scrapping them as a single option, I think there are others we can look at.”

Gilday’s comments came in response to Senator Jerry Moran’s (R-KS) request for clarification on why the Navy plans to decommission Freedom-class LCS.

“My understanding is that [USS Wichita, LCS-13]...is going to be decommissioned, or at least that [this is] contemplated and I also understand that it applies to nine Freedom-class Littoral Combat Ships presumably due to mechanical issues,” Moran said. That USS Wichita was christened “just a few years ago” and now “a few years later we’re decommissioning [it]…troubles me,” he claimed.

Moran questioned whether “other uses” for the ships could be found, given the role the Freedom-class LCS have played in combatting drug smuggling. The Freedom-class LCS has been used heavily in counter-smuggling operations with U.S. Southern Command in recent years, with Moran pointing to joint operations between the Dominican Republic’s Navy and USS Sioux City (LCS-11) in seizing illegal narcotics in 2021.

“One of the nine Freedom-class Littoral Combat Ships was involved in joint exercises with the Dominican Republic Navy…those exercises as I understand it…were successful…they interdicted drugs smugglers.”

Those navies potentially interested in procuring Freedom-class LCS would want to ensure that they are effective in combat, however. Gilday offered no reassurance of this during the hearing. On the contrary, he explained that the Navy’s decision to decommission Freedom-class LCSs was based on an assessment of their “war-fighting value,” or lack thereof, within the wider context of the fleet.

“A priority for us is to have a Navy that we can sustain. So in other words, we need a capable, lethal, ready Navy more than we need a larger Navy that’s less capable, less lethal, and less ready.”

The limited “war-fighting value” of Freedom-class LCSs was ultimately determined by issues over its long in development anti-submarine warfare (ASW) package, Gilday said. The ASW package specifically designed to 'plug into' Freedom-class ships is “just ineffective,” he claimed. Future Constellation class frigates will be equipped with ASW capabilities to address this, as The War Zone has previously reported.

“We refuse to put an additional dollar against that system that wouldn’t match the Chinese undersea threat,” Gilday argued. Comments such as these hardly inspire confidence in the ships’ combat abilities. Still, there may be interest despite such limitations in mission set among foreign buyers. Taiwan, for instance, has reportedly been considering buying soon-to-be-retired LCSs. Taiwan is in need of hulls to confront China's massive advantage in fleet size, one that continues to grow. The Littoral Combat Ships may provide a useful platform for the littoral wartime environment that country would likely face.

Taiwan is already practicing arming some of its high-speed Coast Guard ships with anti-ship missiles. The Freedom-class would be a major upgrade even over those vessels. If the price was right, it is possible they could become relevant assets for Taiwan, especially considering that they would be used territorially on shorter sorties close to home, which suits the type better than most U.S. Navy operations. Still, all this depends on the reliability of these ships, which has been extremely poor. The mechanical issues that plagued them would need to be ironed out, even at great cost for Taiwan to make relevant use of them.

Gilday also cited the ships’ mechanical issues as a factor in the Navy’s choice to decommission them. The Freedom-class has had its fair share of well-publicized mechanical failures – including issues with the propulsion system and the highly complex “combining gear.”  In the case of the propulsion system, the U.S. Navy admitted last year that the issue would likely take years to fix across the Freedom-class, with associated costs for each ship running into the tens of millions of dollars.

On top of this, potential buyers of Freedom-class LCS in South America or elsewhere would have to front the eye-watering costs of simply running these ships which are, by any standards, extremely expensive to operate. Each ship costs nearly as much as an Arleigh Burke-class destroyer to operate annually. Defense News claims this could be as much as $70 million per year. Moreover, without the ability to field anti-submarine capabilities, with other mission packages in limbo, and considering the lack of capabilities in other basic mission areas, the Freedom-class LCS offers limited operational value compared to the high costs of running them.

The ships’ limited uses in combat, combined with their high running costs and history of mechanical failures, will likely deter most prospective buyers from procuring them. The prospect of South American countries footing the bill to operate them seems reaching, unless some sort of cooperative arrangement was made with the United States. Still, Taiwan, with its existential need for naval war fighting capacity, or possibly oil-rich countries in the Middle East could step up to the plate if the price was right. Saudi Arabia, for instance, is still slated to receive a more capable variant of the Freedom-class LCS already, the Multi-Mission Surface Combatant, so taking on at least some of the orphaned U.S. Navy LCS may make sense. Some could even possibly be used for parts.

So, there may be a second act for the Navy's unwanted Littoral Combat Ships, but finding a buyer isn't a pre-ordained outcome. Even offering the ships as part of a military aid package may end up being the only way they don't rot among the mothballed fleet or end up under the scrapper's torch. 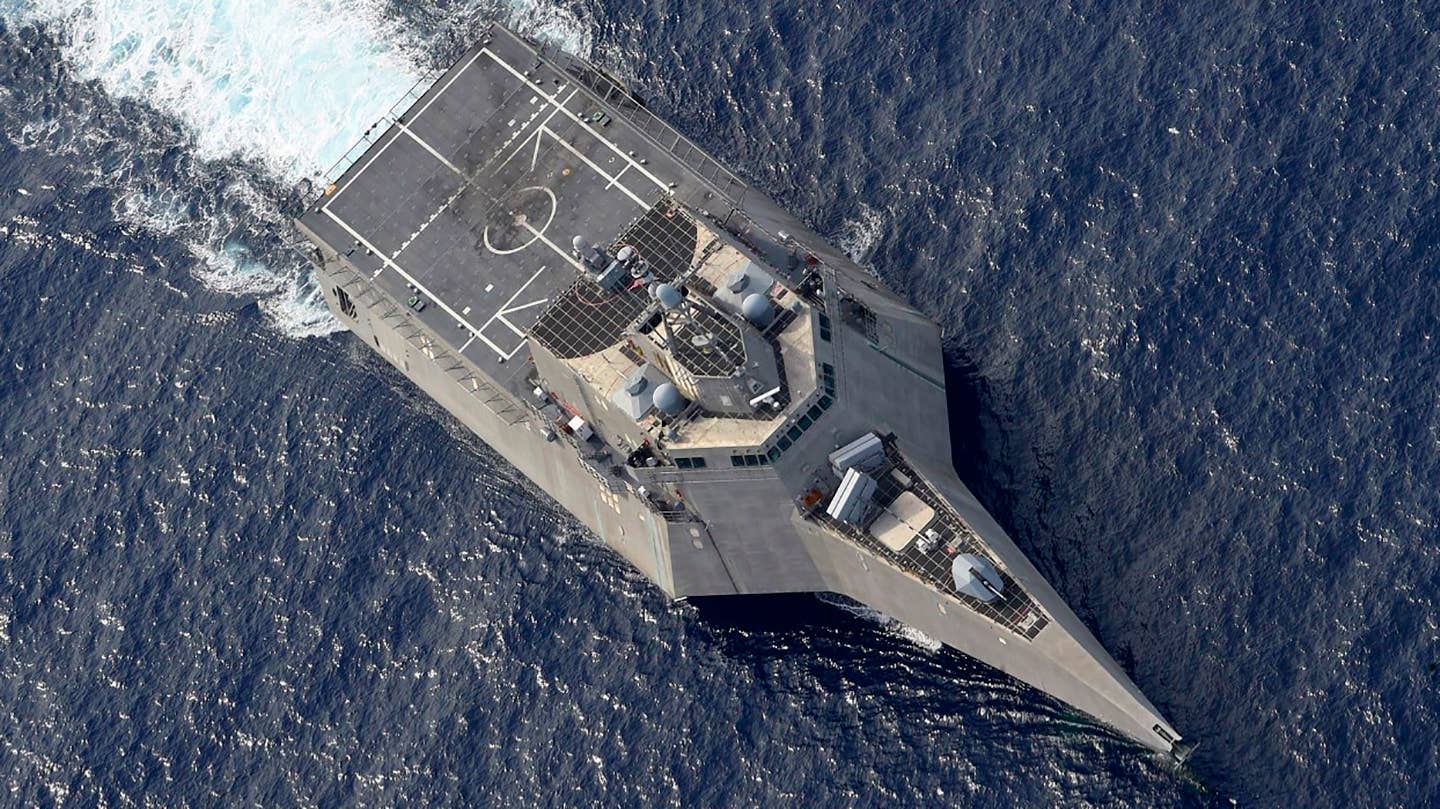 Just when you thought things couldn’t get worse for the Littoral Combat Ship program, the Independence class is experiencing cracking. 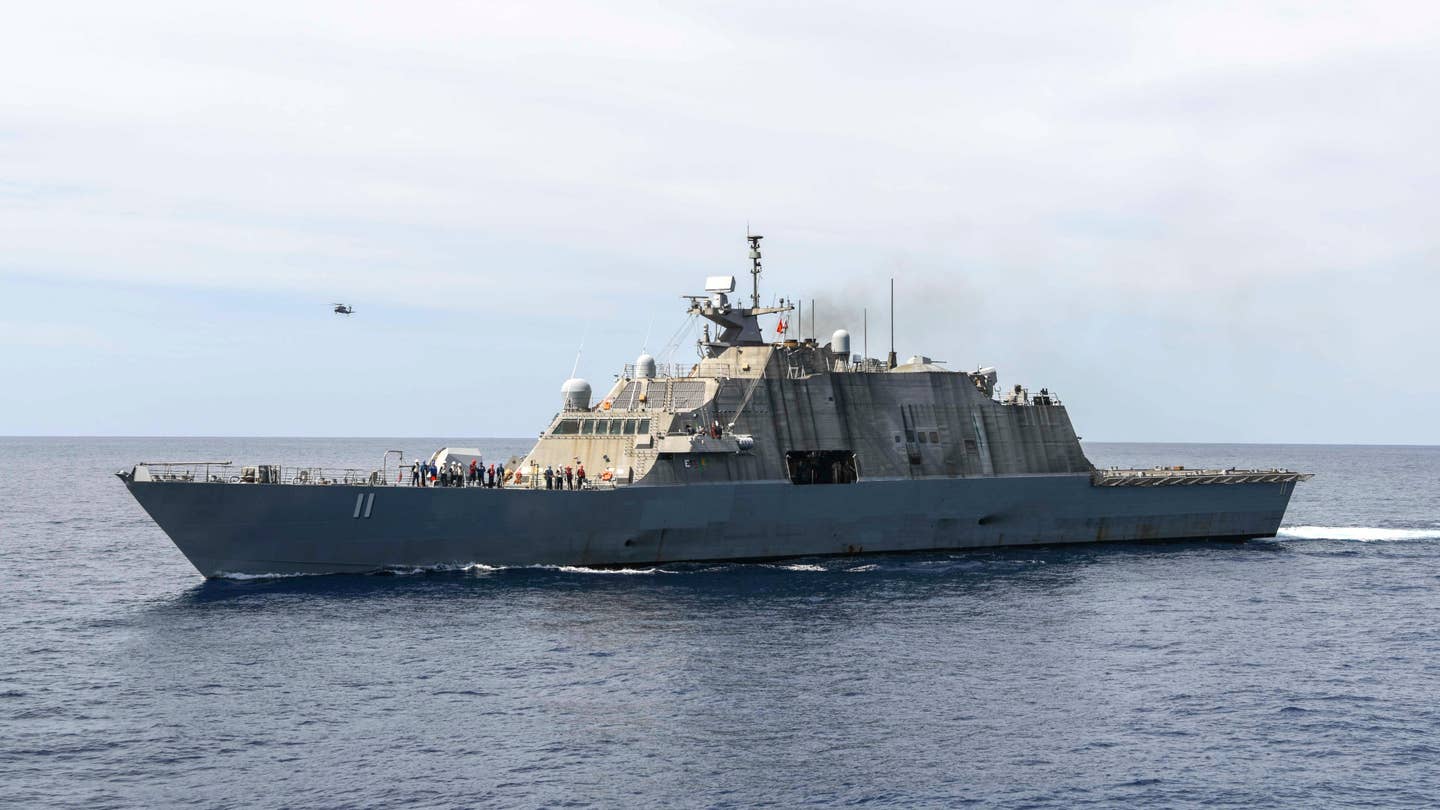 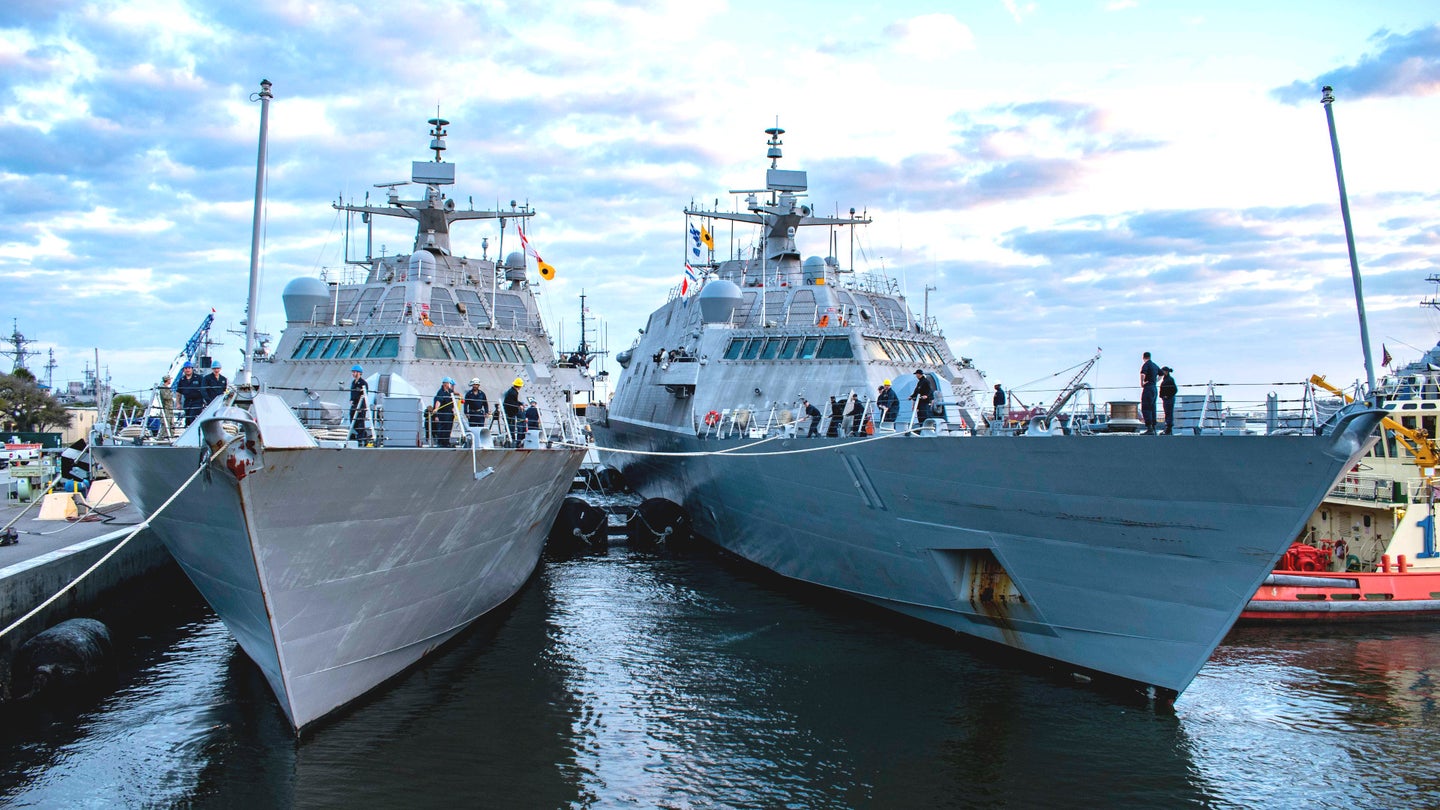 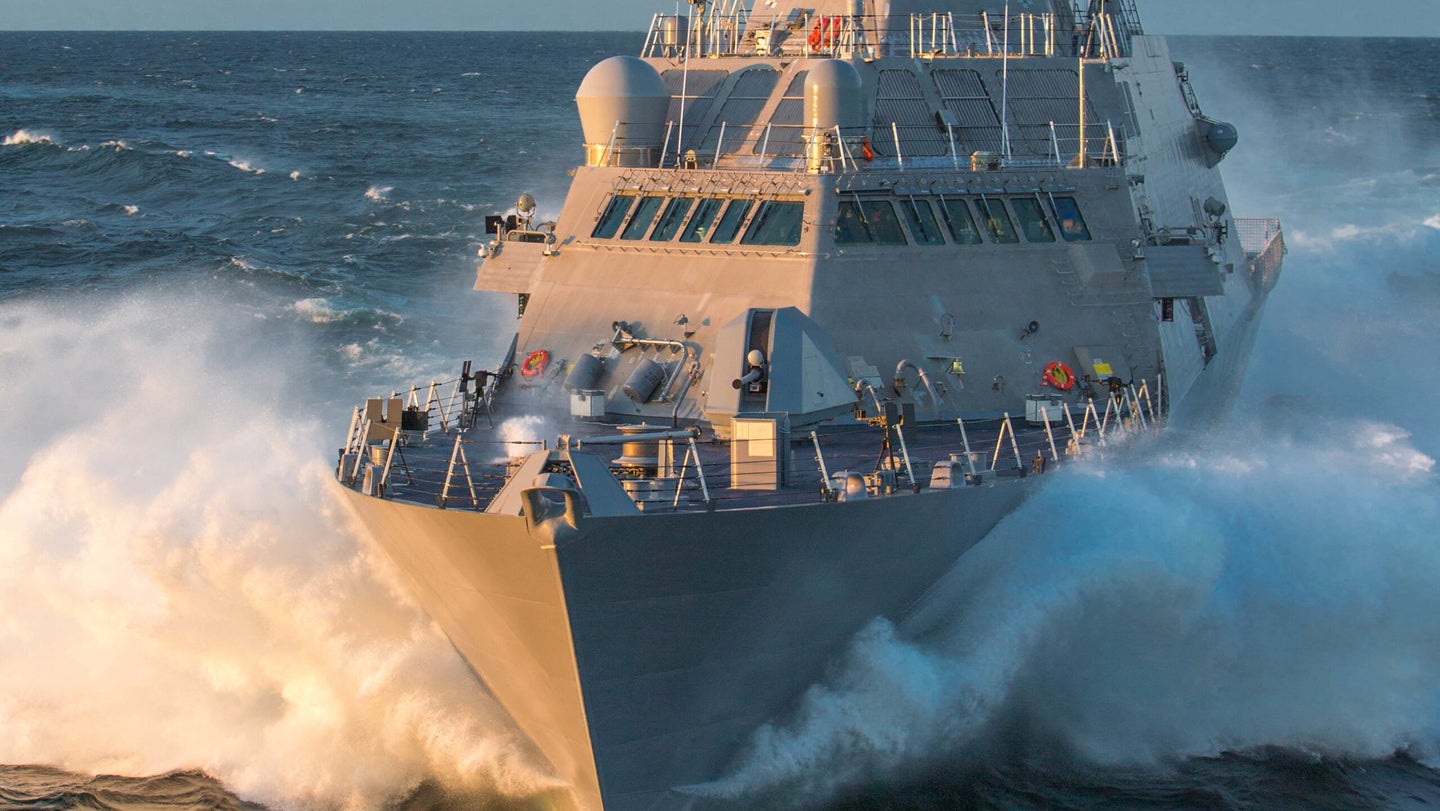 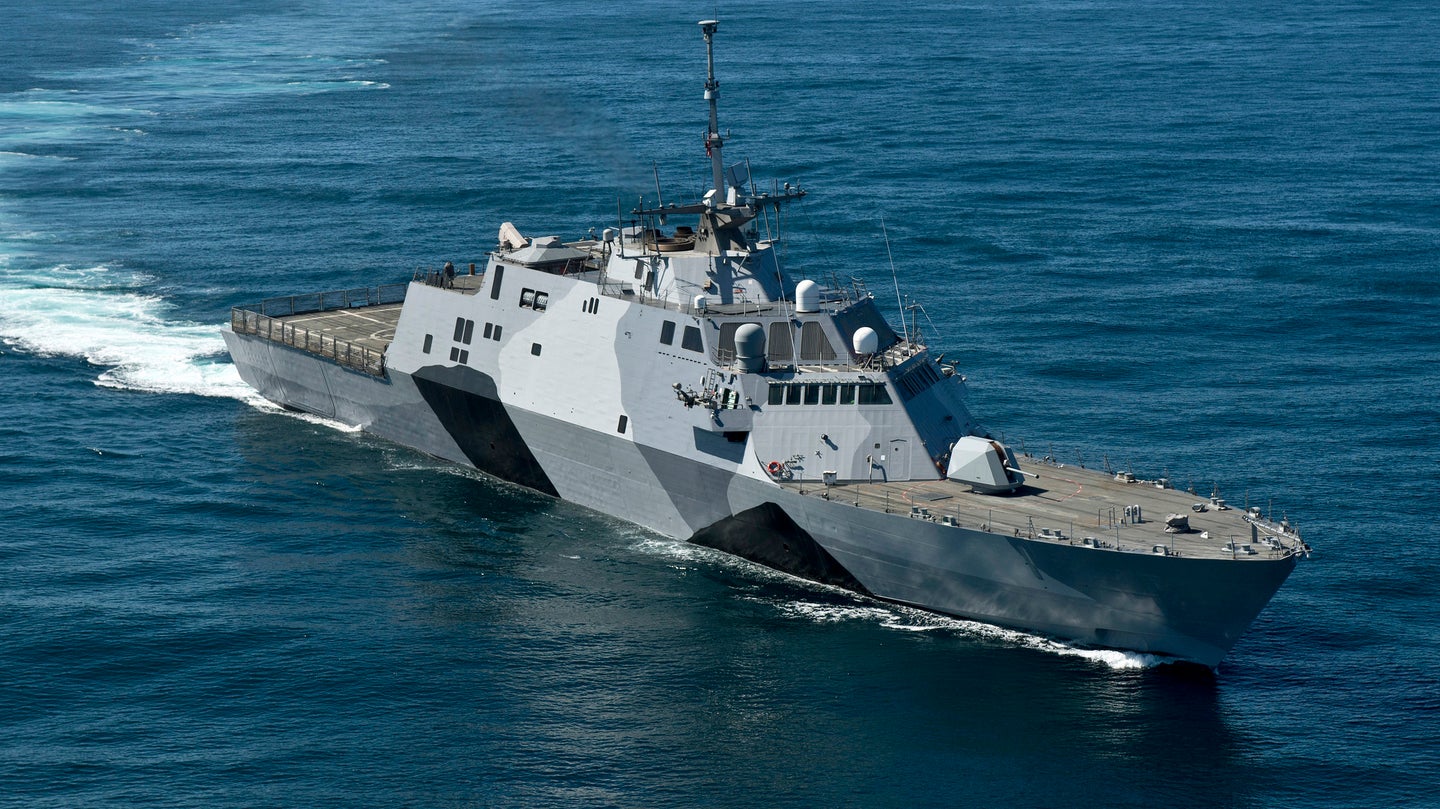