Congress will hold its first open hearings on UFOs since the end of Project Blue Book over five decades ago. 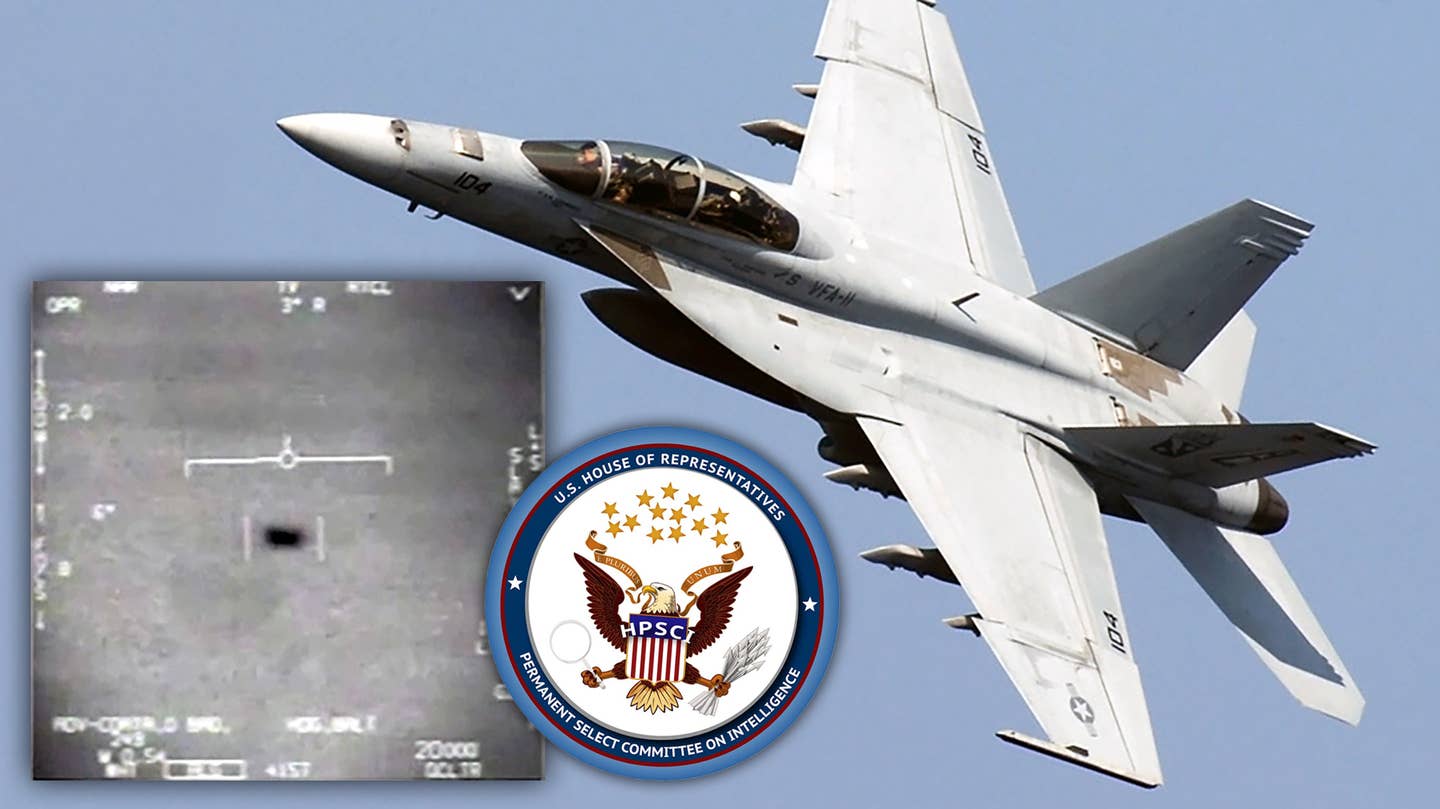 Two senior U.S. military officials are scheduled to testify next week at the first open Congressional hearing on UFOs in more than 50 years.

Under Secretary of Defense for Intelligence & Security Ronald S. Moultrie and Deputy Director of Naval Intelligence Scott W. Bray are scheduled to testify May 17 before the House Intelligence Counterterrorism, Counterintelligence and Counterproliferation Subcommittee.

“The American people expect and deserve their leaders in government and intelligence to seriously evaluate and respond to any national security risks - especially those we do not fully understand,” Carson, the subcommittee chairman, said in a media release.

The hearing comes as U.S. officials have a heightened concern about what the Pentagon is calling “unknown aerial phenomenon” or UAPs. But really, this latest chain of events begun with a New York Times article in late 2017 detailing the existence of a past DoD program that looked into UFOs (among other bizarre things) and how the issue remains unresolved according to a bevy of new sightings.

Since then, there has been a five-year trickle of new evidence, the emergence of a Pentagon UFO whistleblower of sorts, a media blitz by other DoD employees and intelligence officials, and closed hearings on Capitol Hill, all of which resulted in a highly anticipated but inconclusive official report on the issue that was made public in June of 2021. Not long after, the Pentagon created a new organization to search for answers about mysterious objects in the sky, especially over military installations and training ranges, and the demand from Congress to take the topic seriously was codified into law.

As it sits today, the Airborne Object Identification and Management Synchronization Group, nested in the office of the Under Secretary of Defense for Intelligence & Security, will investigate where those objects came from and what threats they might pose.

“We're still working to sufficiently staff that organization and get them into a battle rhythm," Kirby said.

Of huge concern to the military is whether at least some of these objects are adversary drones or other platforms that have been able to freely penetrate areas used for the military's most sensitive training, something The War Zone examined in detail. You can read the full report on that here.

Kirby said the Pentagon doesn't "have a view on" whether these objects might belong to an adversary like China or Russia.

"There's been enough of the sightings, particularly in terms of training ranges, that we have legitimate safety of flight concerns here," Kirby told The War Zone. "But the department hasn't come to a conclusion about what all these phenomena are - what they represent. That's why we're putting this group together so that we can do a better job of just collating information."

The Pentagon has previously taken an "ad hoc" approach toward reports about these objects, Kirby said, "in terms of a pilot here or a pilot there seeing something. And then reporting procedures haven't been consistent. So what we're trying to do with this group, is get together a process here."

Among the more troubling such episodes was a series of 2019 incidents involving unidentified drones stalking US Navy vessels over several nights in the waters off of Southern California. The sea service appeared to struggle to identify either the aircraft or their operators. Chief of Naval Operations Admiral Michael Gilday later clarified that the aircraft were never identified, and that there have been similar incidents across the service branches and allied militaries.

You can read our full reporting on these incidents here, here, and here.

An examination by The War Zone of Federal Aviation Administration records last year not only found several incidents we previously reported -  including nearly two dozen unusual incidents involving military aircraft or training ranges - but also leads on new and highly unusual incidents. They range from puzzling high altitude encounters to craft described as cylinders and even discs.

You can read the full report on those incidents here.

And, if you want to investigate for yourself, check out our interactive database with thousands of FAA drone and unidentified aircraft incident reports here.

Next week's hearing will focus on the AOIMSG, and “ensure the Department of Defense's ongoing work is rigorous, stigma-reducing, and focused on key national security objectives, as well as ensure this work is conducted with the transparency that the American people expect and deserve,” a committee official told The War Zone Tuesday afternoon.

“This hearing - the first open hearing of the House Intelligence Committee on UAPs - will help answer basic questions for the American public and further oversight of the Department of Defense,” said the official, speaking on condition of anonymity to discuss the nature of the hearing.

Congress, said the source, “has tasked the Department to establish a task force aimed at answering the serious questions around UAPs, and to ensure their work is rigorous; stigma-reducing; focused on key national security objectives; and transparently communicated to the public. This hearing is part of the effort to ensure the Department is on the right track.”

After the hearing, the subcommittee will hold a closed, classified hearing on the same topic.

The last time there was a Congressional hearing into UFOs was after the Air Force wrapped up “Project Blue Book” in 1969.

However, there are differences between Project Blue Book and the ongoing Pentagon review.

While there has been no link to extraterrestrials in either (so far at least), Project Blue Book found whatever was out there to be far more benign.

“No UFO reported, investigated, and evaluated by the Air Force has ever given any indication of threat to our national security,” according to a National Archives summary of the findings. “There has been no evidence submitted to or discovered by the Air Force that sightings categorized as "unidentified" represent technological developments or principles beyond the range of present-day scientific knowledge.”

There remains major controversy surrounding the report and its aftermath.

Given that there is now a national security concern over these objects, and it is unknown, at least publicly, the science behind these objects, House Intelligence Committee Chairman Adam Schiff, a California Democrat, wants answers from the Pentagon.

“There's still much to learn about unidentified aerial phenomena and the potential risks they may pose to our national security,” said Schiff. “But one thing is sure – the American people deserve full transparency, and the federal government and Intelligence Community have a critical role to play in contextualizing and analyzing reports of UAPs.”

Kirby told The War Zone the Pentagon is "looking forward to the upcoming opportunity to engage members of Congress on this very important matter."

The Pentagon, he said, is "absolutely committed to being as transparent as we can with the American people and with members of Congress about our perspectives on this and what we're going to try to do to make sure we have a better process for identifying these phenomena, analyzing that information in a more proactive, coordinated way than it's been done in the past. And that we also are doing what we need to do to mitigate any safety issues, as many of these phenomena have been sighted in training ranges and in training environments."