With Ukrainian troops besieged in a massive steel plant and under constant fire from Russian forces, helicopter crews sprung into action.

New details are coming to light about incredibly daring resupply missions that were flown by Ukrainian helicopter crews right into the heart of the fighting in the occupied seaport city of Mariupol. Flying two at a time and once four at a time, Ukrainian Mi-8 Hip helicopter crews braved dense Russian air defense and enemy aircraft concentrated in and around Mariupol to deliver desperately needed supplies and fresh troops to the defenders of the besieged Azovstal steel plant.

Of the 16 total helicopters involved, two were destroyed, Ukraine Brig. Gen. Kyrylo Budanov, the head of Defense Intelligence of Ukraine, told The War Zone in an exclusive series of interviews. Another helicopter was destroyed coming to the rescue of one of the downed Hips.

“The special operation was planned and performed by Defense Intelligence of the Ministry of Defense of Ukraine,” said Budanov, offering previously unreported details of those dangerous missions.

For nearly three months, Ukrainian forces dug into the sprawling steel plant, surrounded and under constant bombarded by Russian forces. But as their stocks of food, water, medical supplies and ammunition ran short, and the number of critically wounded increased, so too did the desperation of the pleas for help.

There were seven missions in total, said Budanov, speaking through an interpreter. He did not offer specifics about when they took place.

The Mi-8s provided troops at Avostal with arms, ammunition, medicine, food, and 72 additional fighters from the Azov Regiment, the unit defending the plant.

“All deliveries were successful,” Budanov said. But on the 5th and 7th missions, two helicopters were shot down. A third helicopter coming to the rescue on one of those was also destroyed, Budanov said.

He did not provide casualty figures.

During a speech last week in which he called for building a new An-225 cargo jet, Ukraine President Volodymyr Zelensky referenced the bravery of those helicopter crews.

"How many pilots gave their lives to bring everything there, from weapons to water. And how many wounded they took from there. A large number of these people died heroically," Zelensky said. "To build a Mriya for the sake of the memory of heroes is the right state position."

On March 31, Chinese TV broadcast images of a Ukrainian Mi-8 downed near Mariupol. It is unclear if this was one of the helicopters involved in the resupply efforts.

Ukraine's military "repeatedly delivered ammunition, communications, and medicine to Mariupol," said Deputy Chief of the Main Operational Directorate of the General Staff of the Armed Forces of Ukraine, Oleksiy Hromov.

But those deliveries, he said, "were possible until the information about the aid was disseminated. As a result, the enemy took measures to strengthen the air defense system, which made it difficult for us to carry out such actions and led to the loss of personnel and helicopters that evacuated the wounded."

The Azov Regiment finally surrendered last week. But even as late as May 9, defenders inside were calling for outside help.

“We need the Ukrainian government to attack the occupied territories in our direction,” Bohdan Krotevych, a major in the National Guard of Ukraine and chief of staff of the Azov Regiment, told The War Zone in an exclusive interview from inside the steel plant conducted over social media messaging apps. “We need military assistance from the world and the opening of an additional front against Russia.”

Even against those long odds, Krotevych said his forces would not give up. You can read our full interviews with him here and  here.

Though Budanov said the seven helicopter missions successfully delivered assistance, it was not enough to stave off the eventual Russian takeover of the plant, the last source of resistance in the key seaport of Mariupol.

Still, by holding out for so long, the Azovstal defenders, according to the Pentagon, were able at one point to pin down as many as 12 Russian battalion tactical groups, forces that could have been used elsewhere. Without the helicopter resupply missions, it's possible the siege would have ended sooner than it did.

Last week, Russia announced the last of those defenders were taken out of Azovstal, to locations in occupied Donbas.

The fate of Bohdan Krotevych is unknown.

His last message to The War Zone was May 18.

He has not responded to several messages since. 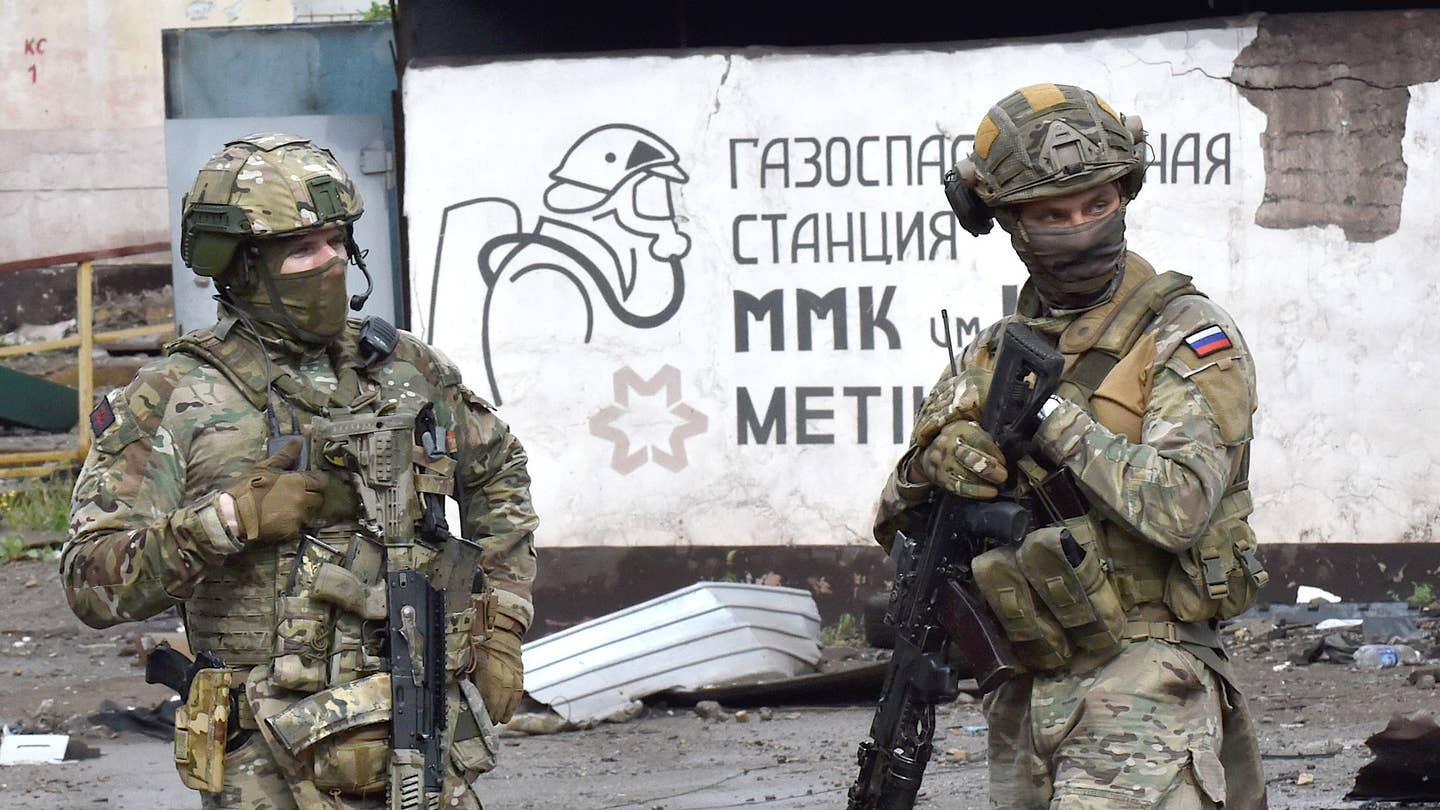 After nearly three months of fighting, Russia looks to have finally captured Mariupol, but its progress in other areas isn’t exactly promising. 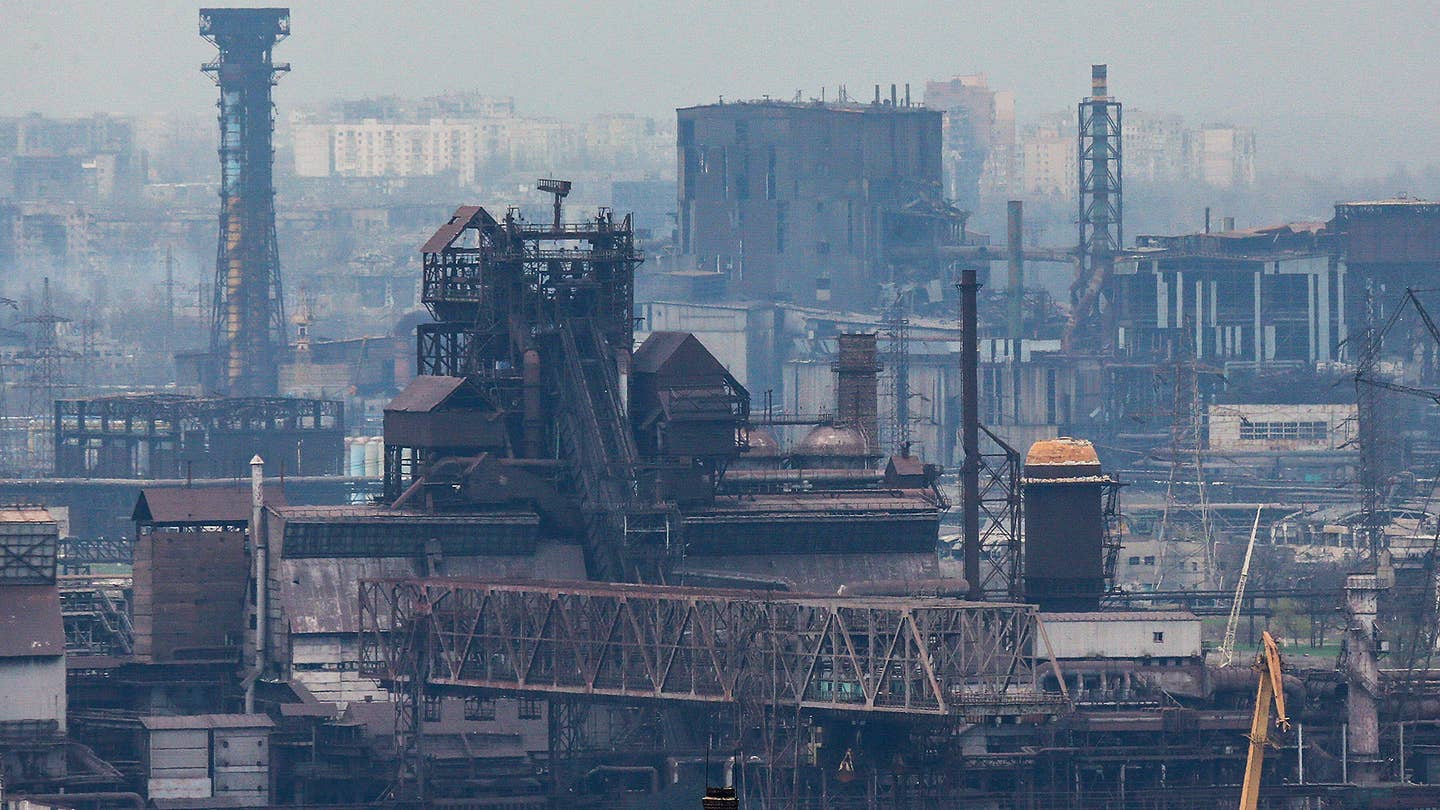 Putin wants a Victory Day parade in Mariupol as defenders of the last bastion of Ukrainian control in the city say they’ll fight to the end. 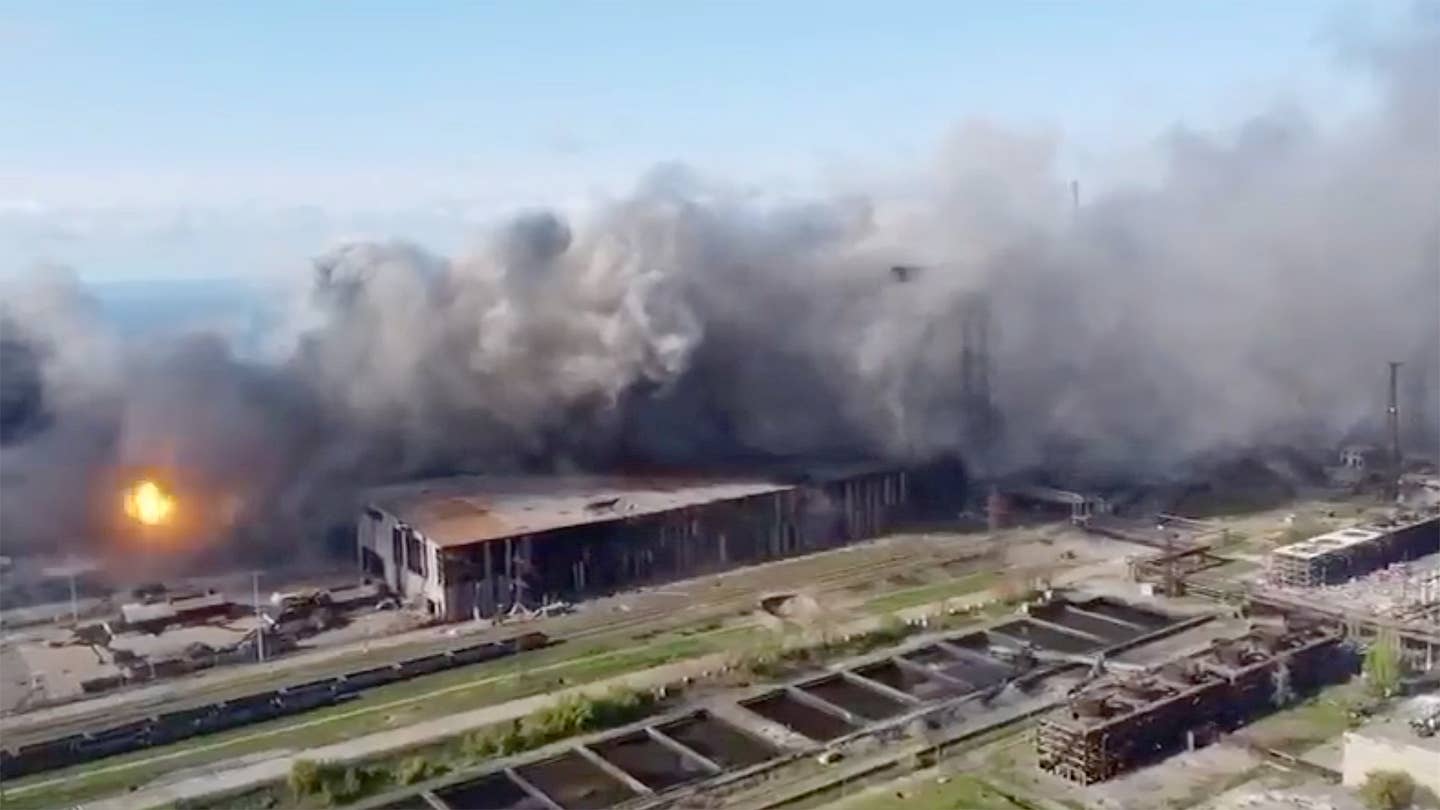 Ukraine’s last bastion in Mariupol is a deep labyrinth of tunnels and bunkers that makes assaulting the complex extremely treacherous. 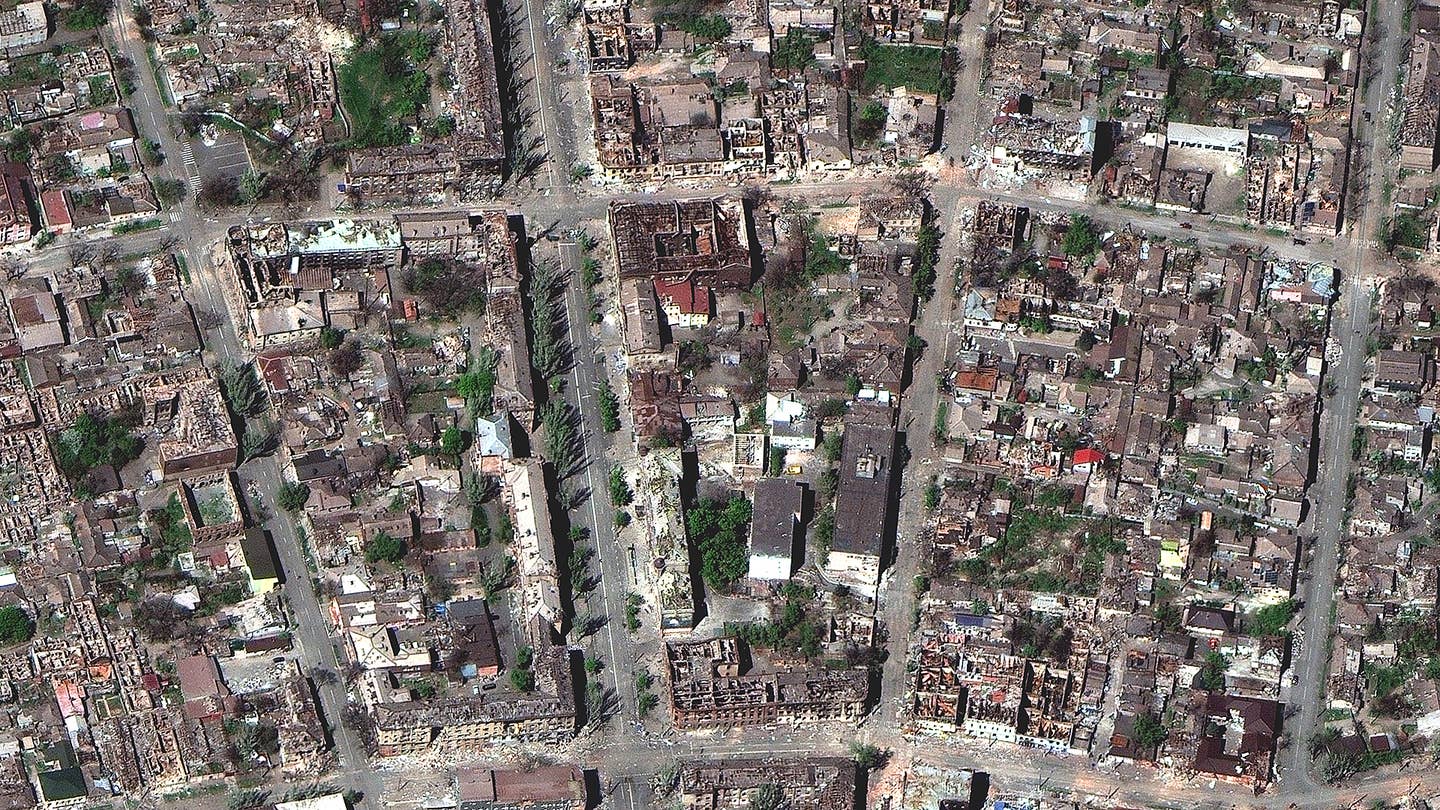 Mariupol Is An Urban Hellscape Now

Mariupol’s transformation into ruins after two months of Russian bombardment is put into perspective in new satellite imagery. 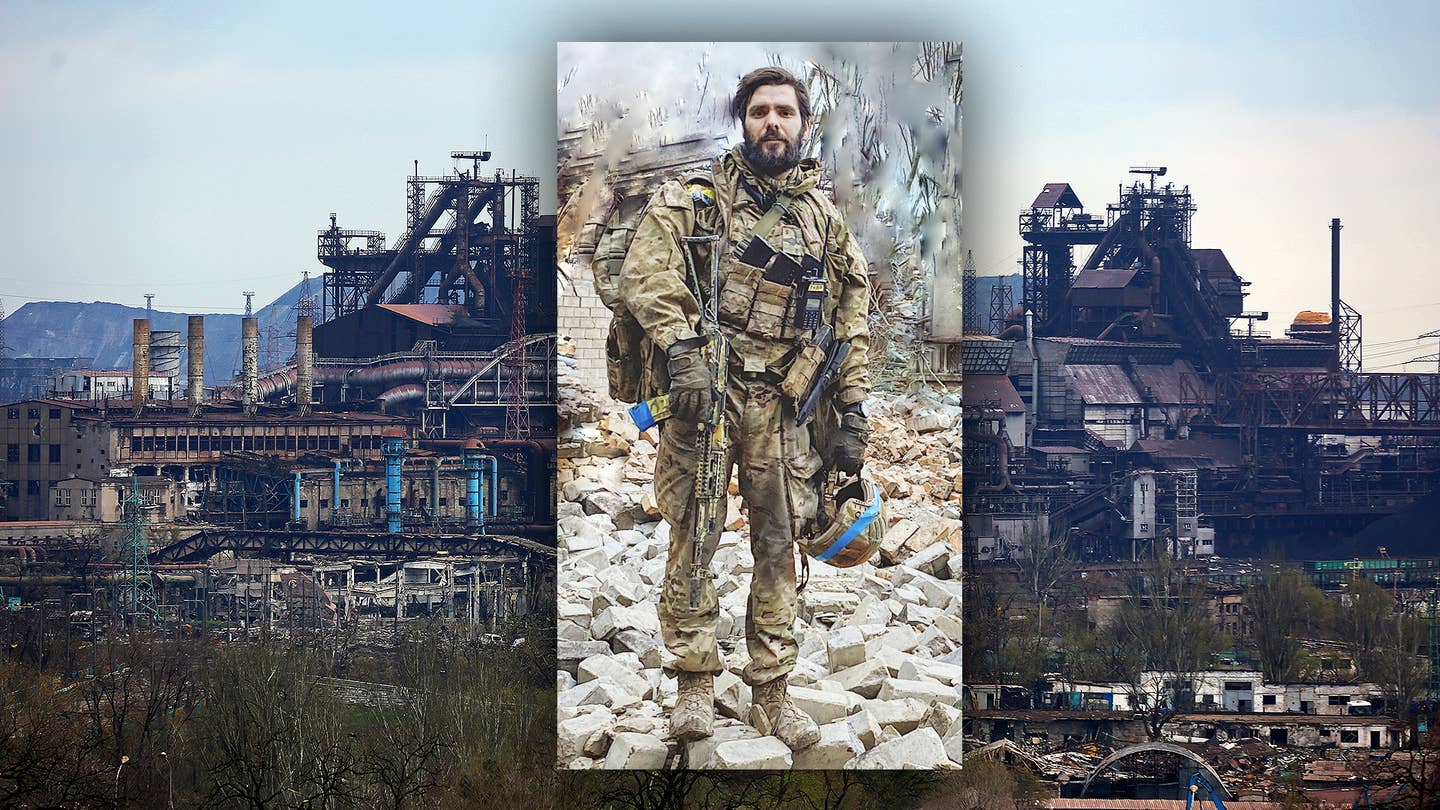 Ukrainians holed up at the Azovstal Steel Plant are running low on food and ammunition, but they say they will fight to the very end.