Some of the 20 Mi-17 helicopters the U.S. has promised Ukraine could have already seen action on daring resupply missions into Mariupol.

A new video has emerged showing what is clearly an ex-Afghan Air Force Mi-17 helicopter in Ukrainian service. A photo of the aircraft kicks off a new official video published by the Ukrainian Army, suggesting it could have been used in the daring Ukrainian rescue and resupply missions in the besieged city of Mariupol last month, which you can read about here.

The opening shot of the video released today shows an Mi-17 Hip helicopter painted in the particular brown-green-black camouflage livery of the Afghan Air Force (AAF), but with the yellow-and-blue flag of Ukraine painted on its sponsons. It appears that a roundel on the rear fuselage where the triangular green-black-red symbol for the AAF was once painted has been replaced with the official blue-on-yellow Ukrainian roundel. It also has a pair of white stripes painted on the tail boom, which has been seen on other Ukrainian military helicopters during the war. The remainder of the video is narrated by a pilot who claims to have flown missions to resupply and reinforce the beleaguered defenders of the Azovstal Steel Plant in Mariupol.

Here is a link to the Facebook video just in case it doesn't show up automatically below:

It is not clear from the video if that particular helicopter flew on the Azovstal missions. Much of the AAF’s fleet of U.S.-supplied rotorcraft and fixed-wing warplanes was lost when the country fell to the Taliban in August 2021 following the withdrawal of U.S. and allied troops. Five Hips owned by Afghanistan were already in Ukraine undergoing maintenance when the Afghan government was overthrown. Those were given to Ukraine in March as Excess Defense Articles.

Late last year, the U.S. military relocated some Mi-17s originally destined for Afghanistan to the Air Force's boneyard at Davis-Monthan Air Force Base. In January, the U.S. State Department approved sending some of those aircraft to Ukraine, which already operated the Russian-designed aircraft. The most recent package of U.S. military aid to Ukraine, announced June 1, brings the total number of Mi-17s that have been transferred or are set to be transferred to 20. It's not immediately clear how many have been delivered so far, though transfers of Hips painted in AAF liveries left Davis-Monthan on U.S. C-17s in late May, bound for Ukraine via Slovakia.

Ukrainian Mi-8 Hip helicopter crews flew the missions two helicopters at a time — once with a fleet of four — through territory bristling with Russian air defenses and enemy aircraft concentrated in and around Mariupol. Budanov mentioned only Mi-8 Hip helicopters. The Mi-17 designations refer to export-specific versions of the Hip, which are otherwise known as Mi-8s in Russian military service. Ukraine’s armed forces operate both types, but rotorcraft donated by the U.S. are Mi-17s.

The Russian-built helicopters are primarily used for utility missions like troops and cargo transport, but can be armed with forward-firing rockets and other weapons. Ukraine is actively using the Mi-8/17 as a gunship. Some Mi-17s have been seen in Ukrainian service that appear to be repainted AAF helicopters and armed with rocket pods on stub wings.

Later in the Ukrainian Army's video, and in a shorter version published to social media earlier in the week, a pair of Mi-8/17s fly very low and fast over Ukrainian fields — tactics to avoid detection and Russian air defenses. In the video below, a view from the cockpit of one of the helicopters shows them flying low over Mairupol's port infrastructure, its shoreline and bombed-out portions of the city before dropping off troops at the steel plant.

Whichever version of the Hip was used to relieve Azovstal, the ordeal was hellish for pilots and crews. The pilot interviewed in the most recent video said there was a 90-percent chance none of the aircraft or crews would return from the mission more than 60 miles into Russian-occupied territory.

But with fellow fighters and civilians starving for food, ammo, and medicine after nearly three months holed up in the sprawling plant, he said the mission was worth the risk. Still, Russian air defenses downed two Ukrainian helicopters. A third was destroyed trying to rescue one of those aircraft crews.

“The main difficulty was that it was necessary to deliver the cargo to a depth of the enemy, to an area of ​​more than 100 km,” the pilot, who speaks in Ukrainian, was quoted by Ukrayinska Pravda as saying. “Difficult — it was almost impossible to do. But practice has shown that it is possible, and we did.”

He goes on to narrate footage of various helicopter maneuvers and the Russian pummeling of Azovstal. Both Mi-8/17s, and Mi-24 Hind gunships — the same type that flew an insanely daring and successful cross-border raid into Russia on April 1 — are shown.

Once in Mariupol, the pilot describes a sense of “euphoria” having delivered precious supplies to besieged Ukrainian forces until it was time for the return trip through Russian defenses. Just three minutes after takeoff, with 20 grievously wounded personnel on board, an enemy man-portable air defense missile (MANPADS) struck the engine, he said.

“My helicopter was hit by a MANPADS missile, and one engine failed,” the pilot said. “Another helicopter behind was less fortunate, crashing and killing the entire crew. "

"After the missile hit, there was an adrenaline rush - and we just did what we had to do. There were 20 wounded on board, and we understood if we sit somewhere in the field, how to pick them up and evacuate further, another helicopter will be needed, and this was an unplanned operation, so we just flew to the landing site."

The mission was yet another feat of daring by plucky Ukrainian forces using the equipment at their disposal. But the U.S. likely does not have many more Mi-17s sitting around to provide Ukraine if combat losses persist. Sending Hips was a logical, quick solution because Ukrainian pilots are familiar with the type and the U.S. had some on hand. Russia's invasion of Ukraine has already opened an opportunity for NATO helicopter designs to proliferate in Eastern Europe, where some former Soviet states still operate Russian rotorcraft. 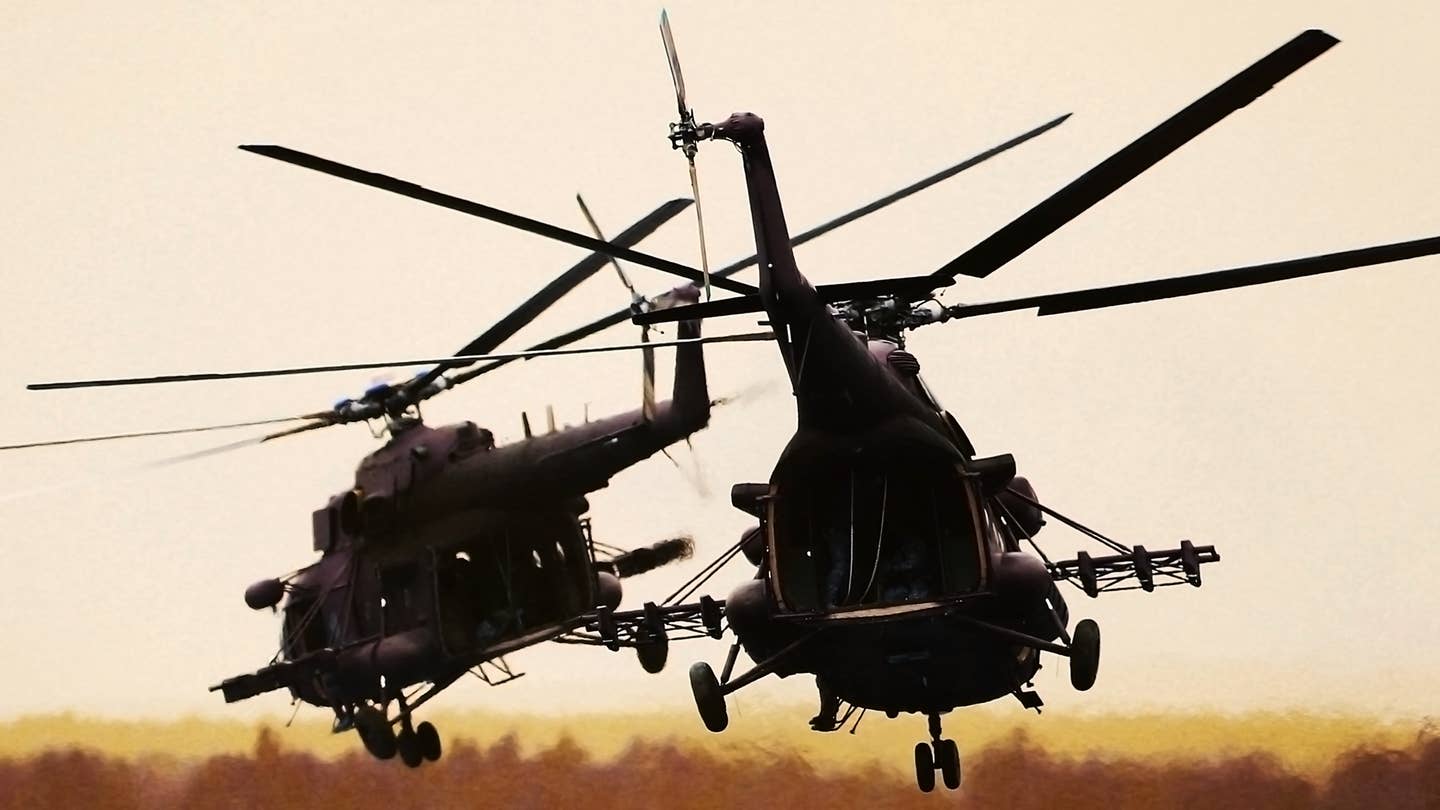 With Ukrainian troops besieged in a massive steel plant and under constant fire from Russian forces, helicopter crews sprung into action. 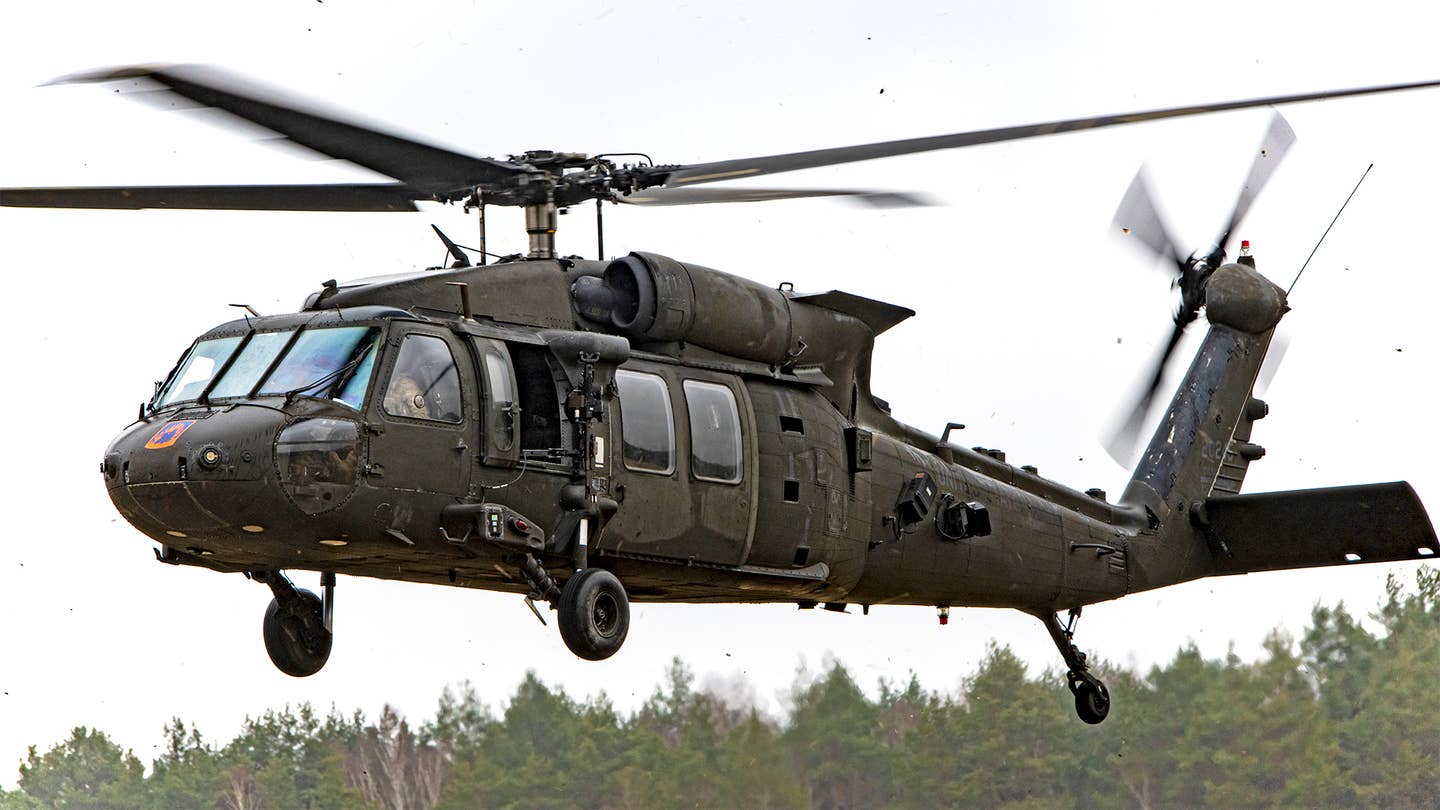 Eastern Europe will be cut off from spare parts and replacement Russian-built aircraft as a result of the war in Ukraine. 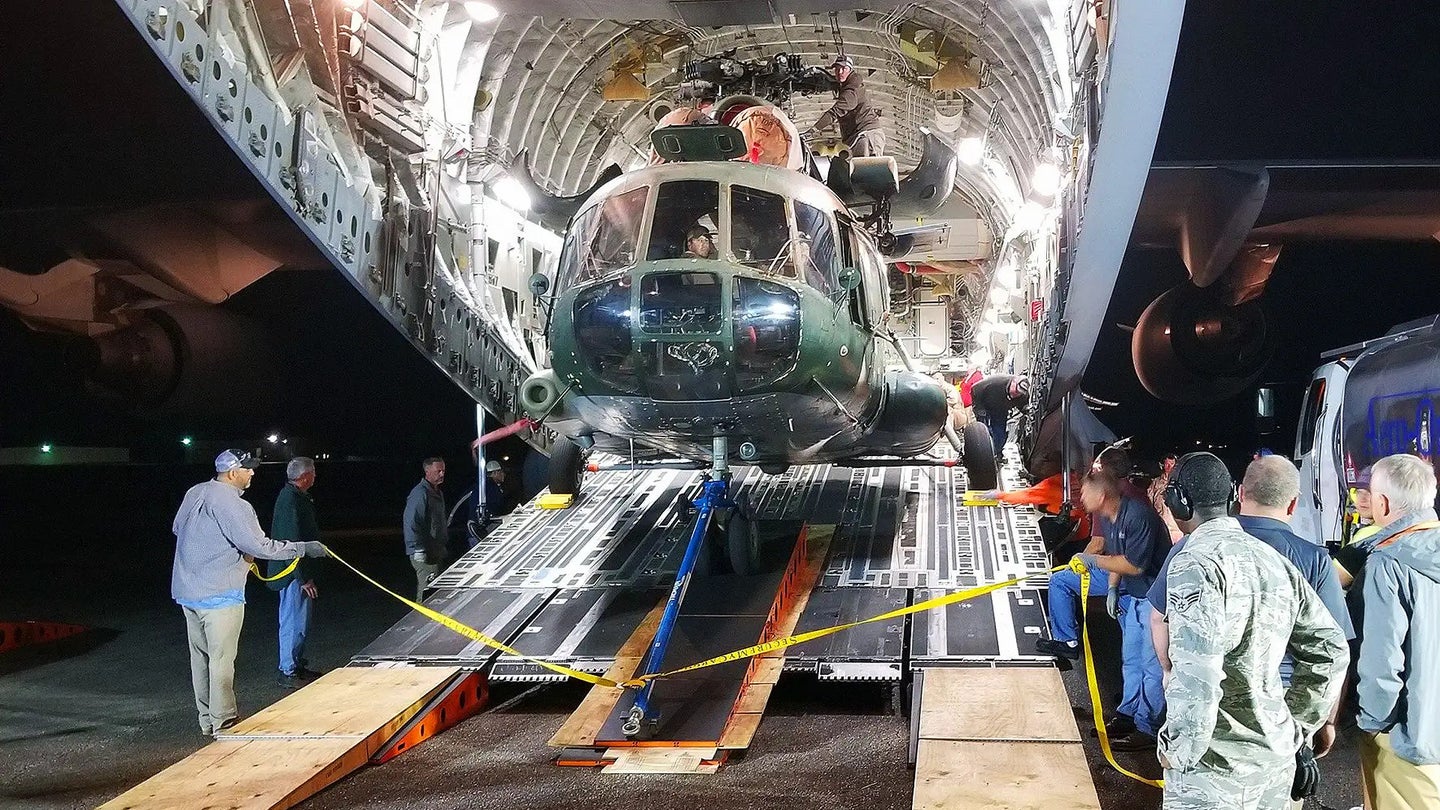