The fire broke out at a Russian research lab that plays a key role in developing air defense systems and efforts to counter stealth. 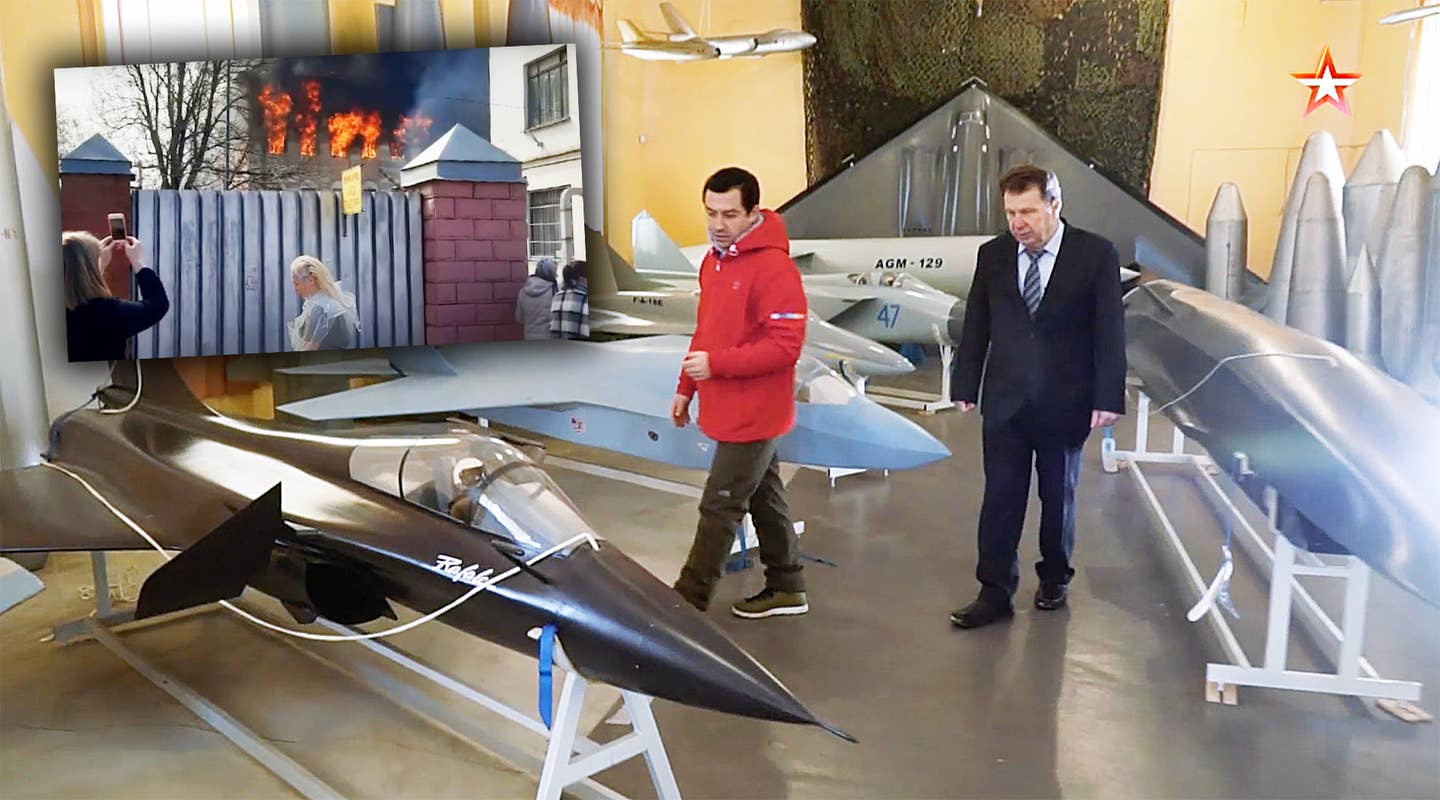 A major fire broke out today in a secretive Russian military research center, killing several people, injuring others, and leaving significant damage in its wake. The facility in Tver, 120 miles northwest of Moscow, is responsible for diverse research focused on air defense, but reportedly crosses over between the fields of both space and the military. Most notably, it reportedly studies stealth technologies — and, above all, counters to use against them.

Local media reports on the fire at the Central Scientific Research Institute of the Aerospace Defense Troops, or TSNII VVKO, in the center of Tver, do not provide a final death toll, with the local Tvernews sources stating that at least one individual lost their lives and that at least 16 others were injured. Meanwhile, Interfax reports two deaths and 20 injured. For its part, the Moscow Times is reporting six fatalities in the blaze.

The fire broke out this morning on the third floor of the site’s main building before spreading quickly, according to Tvernews. The same source described fire crews from several different stations responding. Despite their efforts, some reports now say the building was destroyed.

At least one video of the scene shows a large section of the building’s roof entirely collapsed:

Another video has been posted together with the unconfirmed claim that five people had died and another 35 were evacuated:

The Tverigrad.ru website, another local news source, showed people trying to escape through the windows of the building, and other victims of the blaze lying down outside, perhaps recovering from smoke inhalation.

At this stage, there is no indication of how the fire may have started.

Answering directly to the Russian Ministry of Defense, the Central Scientific Research Institute’s work is mainly theoretical and includes the development of air and space defense systems. The institute carries out research into navigation, command and control, and other systems, as well as studies into stealth aircraft.

Some of what we do know about the exact work of the TSNII VVKO comes from a TV documentary on the defense ministry’s own Zvezda TV channel back in 2018.

In this documentary, the institute’s work on the development of air defense systems is heralded, in particular, including efforts to counter specific Western air-launched weapons.

Under this remit, the institute is charged with gathering information about the latest adversary systems. The building was therefore full of accurate replica weapons used for the testing of Russian air defense systems and other development purposes.

Among the wide range of mock-ups visible in the documentary were the AGM-65 Maverick, AGM-84H Standoff Land Attack Missile – Expanded Response (SLAM-ER), the now-retired AGM-129 Advanced Cruise Missile (ACM), and the Joint Direct Attack Munition (JDAM). In addition, there were models of two U.S. hypersonic missiles on show, one of them clearly a full-size replica of the Boeing HyFly. The other looked like it may be a replica of the same company’s scramjet-powered X-51A, although it could potentially be intended to represent one of the competing Hypersonic Air-breathing Weapon Concept (HAWC) designs.

Outside of the air-to-surface realm, the institute also displayed what were described as “elements” of the U.S. Ground-Based Interceptor (GBI) missile. This confirms that as well as air defense systems, the institute contributes expertise to designers of intercontinental ballistic missiles (ICBMs), which are the prime targets of the GBI.

Related to this, the documentary also shows mock-ups of different kinds of decoys carried by Russian ICBMs and designed to counter missile defense systems.

In addition to these research aids, the institute also has at least one fragment of the surface skin of the F-117 stealth jet that was shot down over Yugoslavia in 1999. Clearly one of its prized possessions, this also points to the institute’s work on countering U.S. stealth technologies.

Indeed, looking around a mock-up of a B-2 stealth bomber, Sergei Nesterov, a senior research associate, says that “every millimeter” of the available F-117 wreckage was studied and that Russian radar designers benefited from their findings.

As a result, Nesterov claims, the B-2 “ceased to be stealth to us.” This argument is highly fanciful, of course, with the F-117 and B-2 employing entirely different approaches to low observability, but there is no doubt that developing counters to stealth technology has been very much a priority of Russian weapons and radar designers.

Nesterov also makes the claim that the B-2 model predates the 1988 unveiling of the stealth bomber by “around a decade.” In turn, he says, the Russian study of the model helped shoot down the F-117 more than a decade later. Again, this is willfully misleading and likely has little to no basis in reality: after all, as well as the entirely different design philosophies, the Serbians did not rely on modern Russian-made radar or missiles to bring down the F-117 in the first place. Again, however, it points to the concern with which stealth aircraft and missiles, in general, have been viewed by the Russian air defense forces.

While the institute housed these models, it puts them to use on its own test range, which is equipped with an array of radar systems that can establish the radio-frequency properties of these weapons and aircraft across various bandwidths. This data, in turn, is provided to the various design bureaus responsible for Russian air defense systems.

In the words of Yury Borisov, then the Russian deputy defense minister, now deputy prime minister, the institute deals with “trends” and “antidotes” as regards Western weapons systems.

While the cause of the fire today at the TSNII VVKO, and the extent of the final damage remain unclear, it seems almost certain that the blaze will have struck a significant blow to this highly specialized Russian research program, especially if some of those killed were experts in their field.

Institutes like the TSNII VVKO could well be busier than ever.

Update, April 25: The latest official figures from Russia now confirm a death toll of at least 17 in the fire at the TSNII VVKO building in Tver last week. According to the regional government in Tver, so far only five of the victims have been identified.