The GAO has a new report out on Air Force and Navy aircraft readiness and it isn’t pretty.

Years of overuse, a lack of adequately trained maintenance personnel, not enough parts, inadequate and often dangerous storage spaces, and, in some cases, a lack of access to critical systems has combined to keep billions of dollars of Air Force and Navy aircraft from flying. This is according to a scathing Government Accountability Office investigation into the readiness of eight military aviation airframes.

The findings, released Wednesday, were not pretty and followed an overall trend that has seen the ability of the U.S. military to keep its aircraft flying continuously deteriorate.

In its latest report, GAO found that between Fiscal Year 2015 and Fiscal Year 2021, the mission capable rates - the percentage of total time when an aircraft can fly and perform at least one mission - have dropped for each one of those aircraft.

The Air Force F-22 and the Navy’s KC-130T experienced the largest drop in the percentage of aircraft able to fly, each experiencing a 16.7 reduction in their mission-capable rates.

As of Fiscal Year 2021, that means only about half of the AIr Force inventory of roughly 180 F-22 Raptors were considered mission capable while slightly more than a third of the Navy’s 18 KC-130T Hercules refuelers were mission capable.

The findings of this latest GAO report continue a disturbing trend.

The Congressional Budget Office reported similar findings with data going back to 2001. In January 2022 they found that fleet-wide mission capable rates have declined for both Air Force and Navy aircraft from 2001 through 2019.

This all comes as China and Russia have developed and enhanced their own capabilities while two decades of conflict have degraded U.S. military readiness.

But beyond the stress of sustaining combat in Afghanistan, Iraq, Syria, parts of Africa and elsewhere, there are systemic problems, the GAO found, with cascading negative results.

“Unit maintenance personnel we spoke with on this review acknowledged a decline in mission-capable rates as a result of delays in completing unit level maintenance,” the report found. “They said fewer mission-capable aircraft can limit training and other flying opportunities for squadrons, and forces aircraft that are mission capable to fly more often.”

And, longer maintenance periods generally take time away from other duties, like providing or receiving necessary training.

Compounding the problem, GAO also found that the Air Force airframes studied are not just increasingly unable to fly, but that they are unable to fly for longer periods of time. It is unknown, however, how the Navy aircraft examined fared in that regard. That's because the Navy does not systematically track long-term grounded aircraft, said GAO, “so they were unable to provide us complete historical data.”

But anecdotally, “unit maintenance personnel from the Navy reported that they encounter maintenance delays more frequently in recent years, which keeps their aircraft grounded for longer periods of time.”

Navy unit maintenance personnel “also said they sometimes struggle to maintain enough aircraft in a mission capable status to meet monthly goals because of these delays and other challenges.”

Unit maintenance personnel from both the Air Force and the Navy told GAO that they use the number of long-term grounded aircraft as an indicator of the success of their maintenance efforts.

As a result, they try to have as few aircraft as possible designated in this status.

“For example, KC-135 unit maintenance personnel we spoke with said they actively rotate parts among their aircraft in an effort to prevent any of them from being designated as a long-term grounded aircraft,” GAO reported.

A lack of qualified maintainers is adding to the problems, but the services are trying to address that.

“Nine out of the 15 maintenance units we met with stated that they experienced maintainer staffing and experience challenges,” GAO found.

“Maintainers from one F-22 unit stated that aircraft were held longer for maintenance due to lower experience among its maintainers,” the report found. “Maintainers from one C-5M unit stated that the influx of inexperienced new maintainer personnel created delays caused by training these personnel and affected the unit’s ability to support missions until training and qualifications were completed.”

But even when there are enough qualified personnel to fix the aircraft, GAO found another problem.

There are often not enough spare parts to go around.

“Unit maintenance personnel from all 15 maintenance units we interviewed told us they have experienced challenges in acquiring parts in a timely manner, which can lead to maintenance delays,” the report found.

For example, a C-5M unit had to wait six months for six fan components, seven to eight months for anti-ice valves, nine months for five window seals, and 14 months—and counting as of June 2021—for a component that holds the aircraft’s critical braking system together.

Likewise, maintainers from an F-22 unit said they had to wait 239 days in 2020 for a landing gear component to be built and delivered to the unit.

“The long wait times for parts significantly impact units’ ability to perform maintenance and can increase the amount of work units have to do,” GAO found.

In some cases, units had to delay regularly scheduled maintenance for long periods of time because they did not have the parts and supplies needed to perform the required maintenance operations.

And that has just added to the cascade of problems.

“Maintainers from one F-22 unit told us that, as a result of parts not being available, they spent a significant amount of time on administrative tasks explaining why maintenance is not being performed, such as requesting waivers and extensions for scheduled maintenance while waiting for parts to arrive, instead of repairing their aircraft or training personnel. “

According to KC-135 program documentation, the frequent unavailability of three specific types of parts accounted for 2,388 hours of not mission capable supply time - the percentage of total time when an aircraft is not capable of performing any of its assigned missions due to the lack of a repair part - in fiscal year 2020. That represented half of the unit’s total not mission capable supply time for that year.

To address the parts and supply shortage, “unit maintenance personnel from all eight of the selected aircraft in our review said they used the workaround of cannibalizing other aircraft for necessary parts.”

But even when there are enough parts and people to fix the aircraft, GAO found another problem has emerged.

Some units may not have access to all of the data or engineering support they need to perform maintenance on their aircraft.

GAO found that two of the selected aircraft in its review — the F-22 and the KC-135 — have components whose data are proprietary to the manufacturer or vendor and are not easily accessible by unit maintenance personnel.

That can hinder the units from performing maintenance.

Maintainers from an F-22 unit, for example, said “they did not have access to the inspection data — data collected during routine condition checks of aircraft components for wear or signs of failure — for some parts, such as the auxiliary power unit, due to proprietary data rights being held by the contractor.”

As a result, maintainers from this unit said they are unable to properly plan and schedule regular maintenance for their aircraft, because the contractors do not share the proprietary data.

Officials from a KC-135 unit said that their inability to access proprietary data on some of their aircraft’s parts “had led to a general decline in maintenance knowledge among the unit’s maintenance personnel.”

These unit officials said their maintainers have the knowledge to access and repair only about 60% of the components on their aircraft while contractors repair the remaining 40%.

Without access to the proprietary data, unit officials said “newer maintainers, in particular, are unable to gain a full understanding of how to maintain their aircraft and miss out on the associated hands-on learning experience.”

Another problem GAO discovered was a lack of proper repair facilities, something that has caused delays and endangered the health of the personnel.

“Maintenance personnel from a B-1B unit said they lacked the proper facilities to handle and dispose of hexavalent chromium, a metallic substance created during the welding process that is a known cause of cancer, produced while the aircraft undergoes corrosion control,” the report found. “Officials said the lack of an appropriate facility that can house the B-1B while it undergoes this type of maintenance poses a health and workplace safety concern because personnel may potentially be exposed to toxic chemicals.”

Maintainers from a P-8A unit said that they lacked hangar facilities with sufficient space, wash racks, cranes, and other equipment needed to conduct scheduled and unscheduled maintenance while they were deployed overseas.

All told, nine of the 15 units GAO spoke with said they encountered problems in acquiring or gaining access to the appropriate support equipment or facilities they needed to perform maintenance on their aircraft.

Officials from an F/A-18E/F unit and a joint C-130T/KC130T unit said that they had to regularly borrow the support equipment they needed from other squadrons, because “there was not enough support equipment for each squadron to receive its own.”

Officials from these units said they had to drive or fly to the nearest base to pick up and deliver the equipment they needed, often causing delays in aircraft maintenance. Maintainers from an F-22 unit said that they lacked the proper support equipment to test or repair parts in the field, which not only forced them to cannibalize parts from other aircraft but also led to maintenance delays as the unit awaited parts being returned by the contractor.

“The lack of testing ability also means that the unit must first install the repair parts onto the aircraft itself and turn it on, which can lead to unexpected incidents if the part was not repaired properly,” GAO found.

On top of all these problems, GAO found that neither the Air Force nor Navy completed required sustainment reviews for the eight aircraft, as required by a provision in the Fiscal Year 2017 National Defense Authorization Act.

Air Force officials told GAO they believed the initial statutory requirement in 2016 for sustainment reviews was triggered only when a program was five years past its initial operational capability date. They said that the Air Force did not consider the requirement as applying to older aircraft, but rather interpreted it as applying to newer weapon systems, once a system reached initial operational capability.

Navy officials told GAO that they had not completed sustainment reviews on any systems to address the statutory requirement as of October 2021.

To address these problems found in its report, GAO recommended the following steps:

*The Secretary of the Air Force should prioritize the completion of required sustainment reviews and update its planned schedule to complete the reviews in a timelier manner.

*The Secretary of the Navy should prioritize the completion of required sustainment reviews and update its planned schedule to complete the reviews in a timelier manner.

*The Secretary of the Air Force should develop mitigation plans, with specific milestones, to remedy maintenance challenges, risks, or related impacts to aircraft availability identified in completed sustainment reviews.

*The Secretary of the Navy should develop mitigation plans, with specific milestones, to remedy maintenance challenges, risks, or related impacts to aircraft availability identified in completed sustainment reviews.

The Navy partially concurred with GAO’s recommendation that the Navy Secretary “prioritize the completion of required sustainment reviews and update its planned schedule to complete the reviews in a timelier manner.”

The Navy also stated that completing the sustainment reviews on an expedited schedule would not increase the rate of additional readiness initiatives already being implemented, but would create undue cyclical burden on the naval enterprise.

GAO was unimpressed with that response. 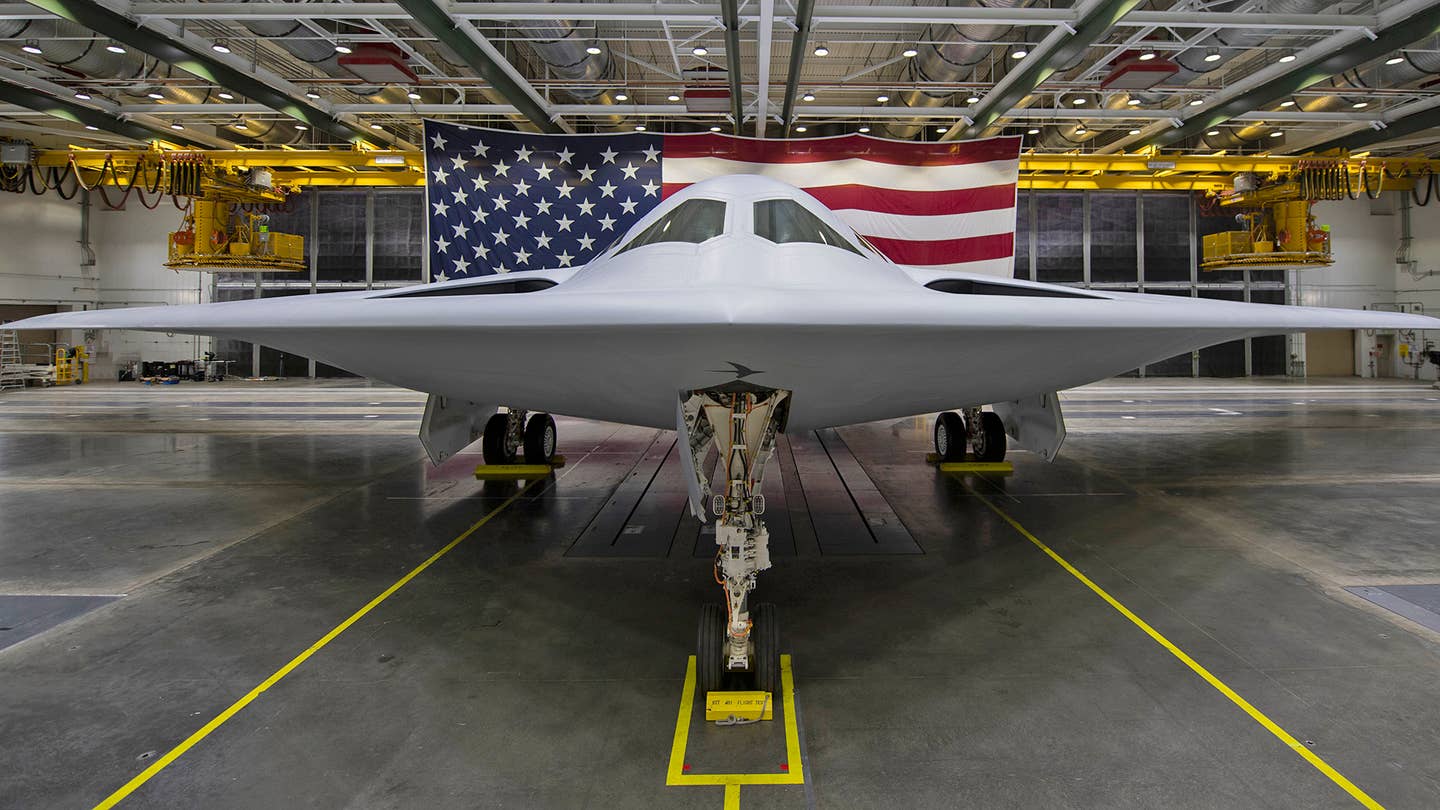 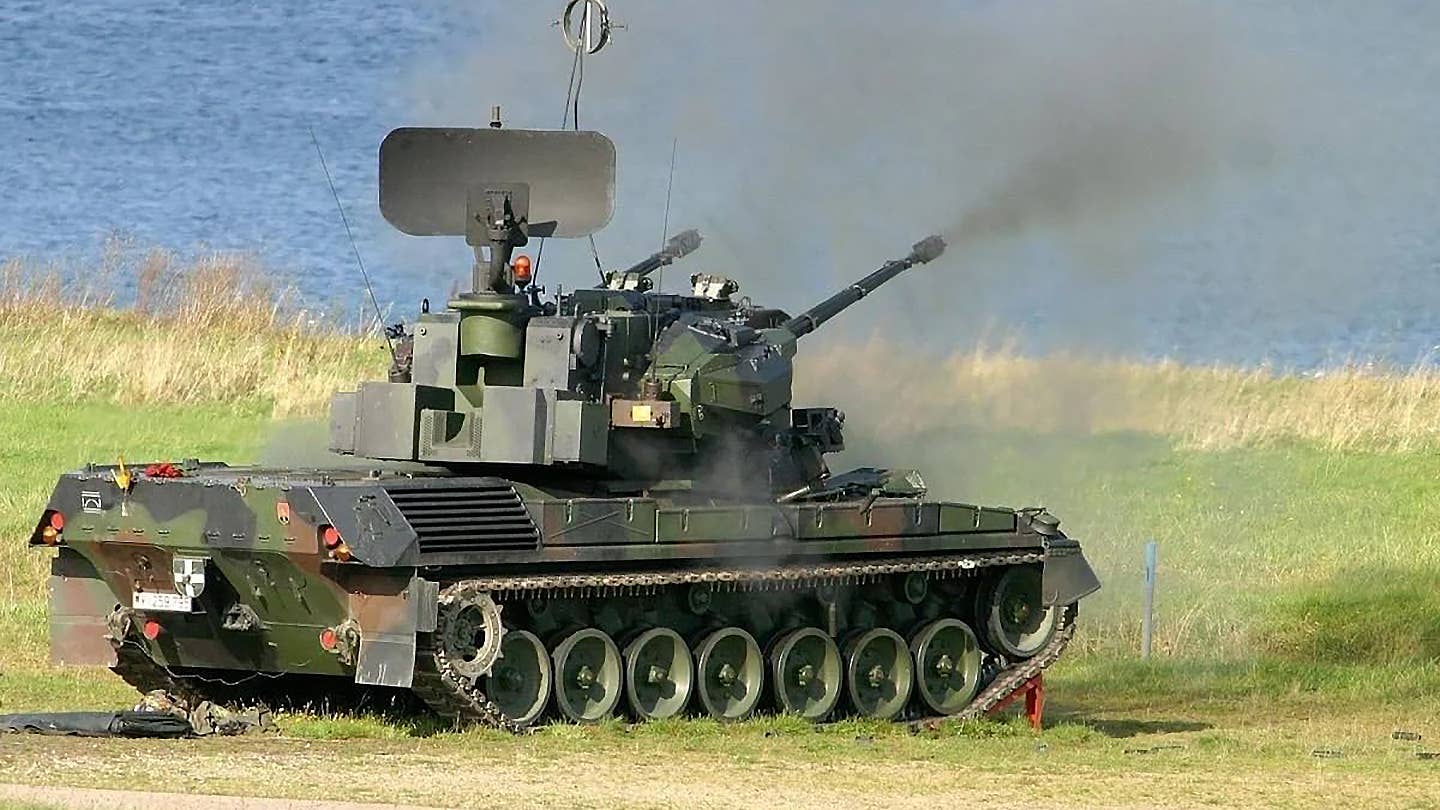