Buying new E-7 Wedgetails is just one part of the Air Force’s plans for replacing its Cold War-era E-3 Sentries. 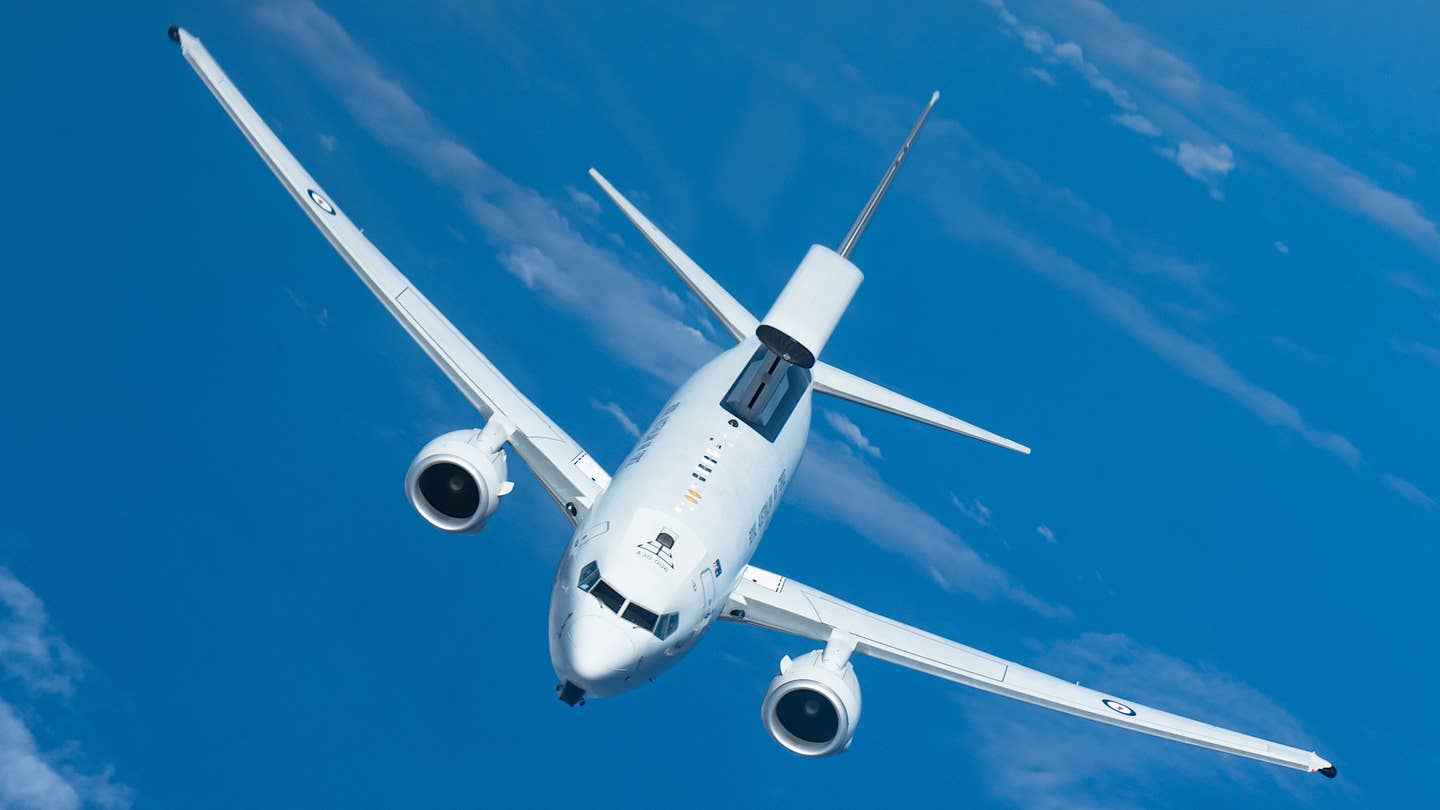 The U.S. Air Force plans to replace a portion of its fleet of E-3 Sentry Airborne Warning And Control System, or AWACS, aircraft with Boeing E-7 Wedgetail jets. It was widely expected that the service would reach this conclusion, even before it formally announced that it was looking for a replacement for at least some of its 31 remaining E-3s in February.

"Based on market research, the Department of the Air Force has decided to replace a portion of the E-3 Sentry Airborne Warning and Control System fleet with the E-7 Wedgetail, which is produced by The Boeing Company," according to an official press release. "The Boeing E-7 is the only platform capable of meeting the requirements for the Defense Department’s tactical battle management, command and control and moving target indication capabilities within the timeframe needed to replace the aging E-3."

The Air Force's current plan is to order the first "rapid prototype aircraft" in the 2023 Fiscal Year and then take delivery of it in the 2027 Fiscal Year. The service expects to place an order for a second prototype in Fiscal Year 2024 and then hopes to make a formal decision regarding acquiring production aircraft in the following fiscal cycle.

The Pentagon's 2023 Fiscal Year budget proposal, released earlier this year, includes a request in the Air Force's portion for $227 million in funds to support E-3 replacement efforts, including buying the first prototype. The proposed budget also calls for the retirement of 15 E-3s and using the funds that would otherwise go to operating and maintaining those aircraft to instead help pay for their successors.

It's not yet clear how much the Air Force's E-7 variant will differ from Wedgetails already in service in Australia, South Korea, and Turkey, as well as those being now built for the United Kingdom. The RFI that the Air Force put out in February indicated that there could be service-specific requirements for the aircraft's radar, communication and battle management systems, electronic support measures suite, networking architecture, and defense systems, among other things, as you can read more about here.

Existing versions of the E-7, which was originally developed for the Royal Australian Air Force (RAAF), are already highly capable airborne early warning and control platforms with their top-mounted Northrop Grumman Multi-role Electronically Scanned Array (MESA) radars and robust communications and data-sharing suites, among other features.

The Wedgetails also have the benefit of being based on the highly successful 737 Next Generation airliner airframe, for which there are well-established support and supply chains that circle the globe. All told, the Air Force's variant of the twin-engine E-7 is likely to provide a platform that is not only more capable, but also more cost-effective to operate and maintain than the aging four-engine E-3s. The Sentry, the first version of which entered service in the late 1970s, uses the long out-of-production Boeing 707 airframe.

At the same time, it's not clear how many E-7s the Air Force plans to ultimately acquire and, by every indication, the service is not expecting to replace the E-3s on a one-for-one basis. As already noted, 15 of the existing jets are expected to head to the boneyard in the coming 2023 Fiscal Year, years before the first Wedgetail prototype is supposed to be ready, if everything goes to plan.

The Air Force has said in the past that it hoping to field a space-based radar to meet some of these needs in the future. How advanced the development of that capability might be already is unknown.

Last year, the head of the U.S. Space Force, Gen. Jay Raymond, revealed that work was already being done in the classified realm on a constellation of radar satellites with ground moving target indicator (GMTI) capability as part of the replacement of the Air Force's E-8C Joint Surveillance Target Attack Radar System (JSTARS) jets. The Air Force's 2023 Fiscal Year budget request says that "the SecDef [Secretary of Defense] certified that a spaced based Ground Movement Tracking Indicator (GMTI) capability exists to meet the Combatant Commanders Requirements" to further justify the divestment of the entire E-8C fleet over the next two years or so, indicating that capability is much more mature than previously understood.

The Air Force could have other plans that we don't know about yet to mitigate the loss of capabilities, even ones that it says are of increasingly limited utility, from the retirement of so many E-3s in the near term. Without some sort of classified capability, even a high-flying radar-equipped stealthy drone, for instance, losing half the E-3 fleet immediately seems uncannily reckless.

Whatever the case, the Air Force has now made clear that it will acquire at least some E-7s as part of its E-3 replacement strategy. More details about the complete plan are likely to emerge as the service argues for retiring nearly half of its Sentry fleet well before it gets its first Wedgetail prototype.