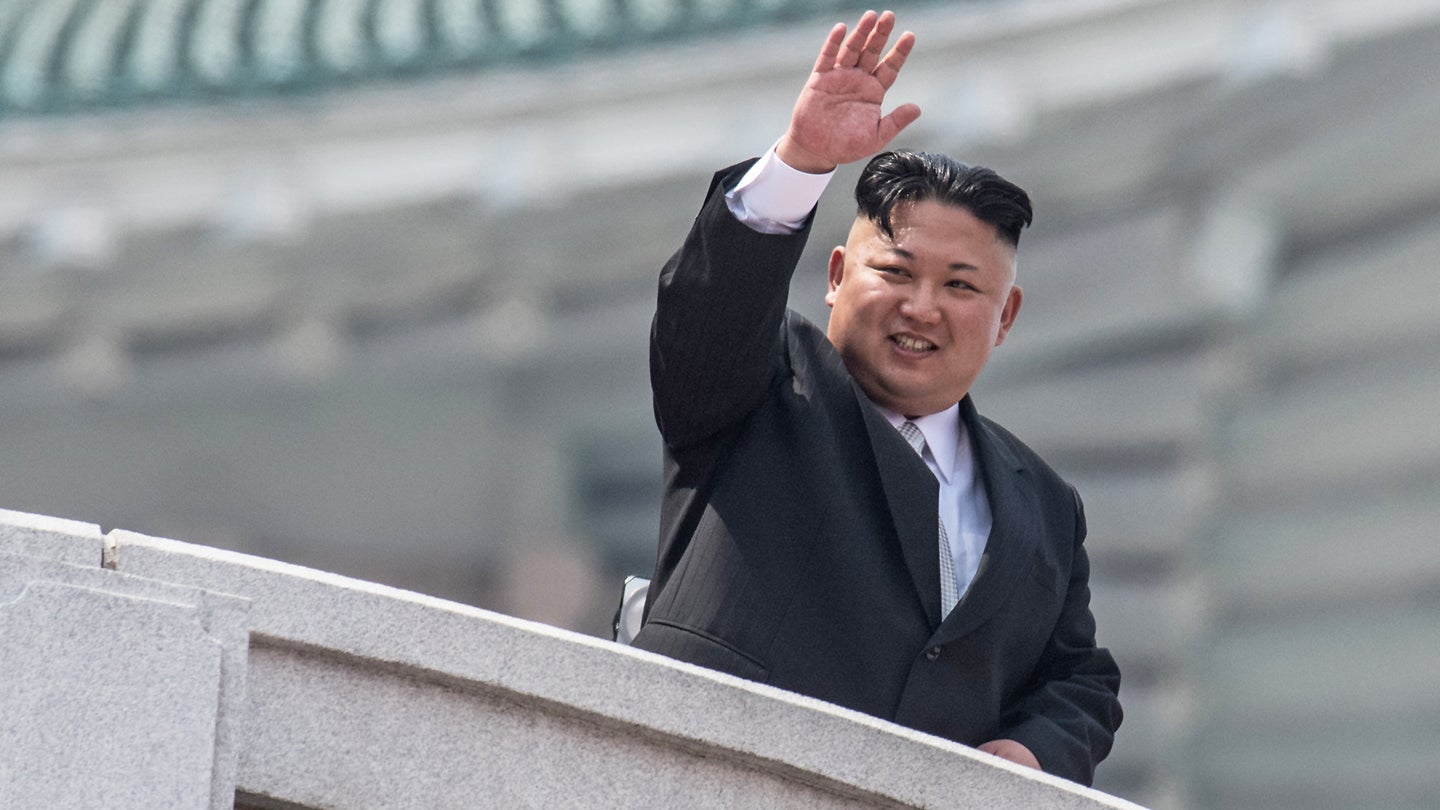 President Trump said today that he is willing to meet with North Korean dictator Kim Jong Un in an attempt to diffuse the escalating crisis on the Korean Peninsula, telling Bloomberg News “If it would be appropriate for me to meet with him, I would absolutely, I would be honored to do it. If it’s under the, again, under the right circumstances. But I would do that.” Trump added, “Most political people would never say that, but I’m telling you under the right circumstances I would meet with him.” The comments came as news broke that America's controversial THAAD anti-ballistic missile defense system that has been installed in an accelerated fashion on a golf course in South Korea has come online, and is now officially deemed operational.

Most people would likely say that it is never appropriate to have the leader of the free world talk directly to a deviant despot like Kim Jung Un. For others, there are sure to be many different ideas of what "the right circumstances" would have to be in order to make such a meeting possible. Most within the Washington establishment would probably agree those circumstances would be nothing like they are in reality today—not even close. But White House press secretary Sean Spicer seems to have an idea of what those circumstances could look like for the Trump administration, and they don't seem like too much of an ask, really. "Clearly conditions are not there right now ... We’ve got to see their provocative behavior ratcheted down,” Spicer said.

The idea of "elevating" a rogue regime that puts large portions of its population in brutal labor camps and executes by means of anti-aircraft guns and other exotic methods anyone its ruler thinks may defy or challenge him—not to mention the whole still-at-war-with-South-Korea, the nuclear weapons, and the missile-development issues—by giving its leader the opportunity to meet with the leader of free world is seen as a non-starter by most in the diplomatic community. And it has been argued that doing so would legitimize the regime and its heinous activities. But look where this thinking has gotten us: more than 60 years after the Korean War ended there is still no closure to that conflict, and the security situation is rapidly deteriorating in the region, with the US mainland likely coming within reach of Kim's ballistic missiles by the beginning of the new decade.

The fact is that this isn't the first time Trump has stated that he would negotiate directly with Kim Jong Un. He did so at the end of the primary season last May. Although his strange fascination with the strongmen tyrants of the world is nauseating, Trump's willingness to attempt to usher in a new paradigm when it comes to the North Korean issue is a breath of fresh air. Not just that, but talking with North Korea unilaterally at the highest levels has little downside if framed properly: as another step to do anything possible to achieve peace, even if there are low expectations for success. I wrote about this in detail last May following Trump's admission that he would meet with Kim directly, here was my take on the issue:

Although President Trump may be among the most "love-hate" Presidents of all time, it is worth applauding him for being willing to get hands-on with this critical issue, including being willing look Kim Jong Un in the eye and make a case for peace and a better way forward for the North Korean people. He can also make it clear that the US will not allow him to obtain a long-range delivery system like an ICBM. As I put in my earlier piece on the subject, the President should not be above this type of engagement in the first place:

"Finally, this proposition brings up the question of how, exactly, we as Americans view the President of the United States. Has the office become a royalty-like position, one where the king or queen does not dirty their hands with such unpleasant matters as direct peace negotiations with a bitter foe? Or does the President work for the American people to better our situation in any way possible, including using his power directly and in person to negotiate monumental deals even with our most dangerous enemies? I would like to think it's the latter. The office was never supposed to be “above” so many tasks of state; the fact that it has become so over the years is not a welcome, or beneficial, development.

You make think Trump is a blustering fool, and he may lack critical foreign and defense policy knowledge, but on this one issue he has the right idea—one that, to be honest, is refreshing to hear."

It is likely China would also back this sort of engagement, and could even help with making it happen. The fact that America's THAAD anti-ballistic missile system has gone active while this news was breaking is a reminder not just of how the region is becoming increasingly militarized and at an alarming rate, but also that China, which directly opposes THAAD's deployment, has interests that are also morphing and becoming more complex due to North Korea's unchecked belligerence.

It will be interesting to see if Pyongyang responds in some way to Trump's overture—the first of its kind he has made while being President of the United States of America.