Hanging above the U.S. Marine Corps’ pavilion at the Navy League’s 2017 Sea Air Space exposition was a half-scale model of a boxy drone so innocuous one of the uniformed representatives thanked me just for taking the time to ask about it. Though overshadowed by other technology at the event, the blandly named Supply Glider might be one of the most promising and important developments anyone brought to the show floor.

Essentially an unmanned cargo container, the drone is one of a number of related projects the Marine Corps Warfighting Laboratory (MCWL) is exploring as part of what the Corps’ calls “expeditionary advance base operations.” The basic idea is to create one or more systems that can get equipment and supplies to Marines ashore quickly and accurately, but at low cost and with reduced risks.

“MCWL intends to develop a resupply delivery system that will increase military utility and drastically reduce costs,” a fact sheet on the program at the Sea Air Space convention explained. “The system will be able to supply a Marine rifle squad with one day sustainment without telegraphing the squad’s position, and will be disposable.”

The Marine Corps is still finalizing the requirements, the MCWL personnel at the exhibition told The War Zone. The plan is for a gliding drone that crews can either drop out the back of their KC-130 tanker/transports like a traditional air-drop pallet or slung under an MV-22 Osprey tilt-rotor or CH-53E/K helicopter and then released it in mid-air.

Logistics teams will be able to quickly assemble the unmanned supply gliders from parts kits at land bases or at sea on board amphibious ships. The prototypes will have a structure made mostly of plywood and use a commercial GPS to guide them to their final destination, which should keep them cheap enough for Marines to discard in the field, MCWL representatives said. The final weight and launch parameters will ultimately determine the drone’s maximum range, they added.

However, the model looked heavily inspired by an existing design from Logistic Gliders, Inc. The California-based company is one of the groups that has collaborated with the Marines on Supply Glider, along with InSitech and Yates Electrospace, Inc, which builds electrically-powered aircraft.

Since 2011, the Logistic Gliders has been working with both the U.S. Army and the Marines Corps on their cheap, boxy craft, which it says can carry loads up to 1,000 pounds. In March 2012, an LG-1000 prototype carried a simulated cargo with an unspecified weight 70 miles. More importantly, the LG-1000 with its environmentally friendly structure and commercial components cost just $600.

That last part is a key point. Different branches of the U.S. military, along with U.S. Special Operations Command (SOCOM), have experimented extensively with rapid resupply technologies for decades. You can read about some of those projects in a recent piece we wrote here at The War Zone. In concept, the MCWL’s gliders are closest to Mist Mobility Integrated Systems Technology's Snowgoose GPS-guided paramotor.

Snowgoose offered significant advantages over traditional aerial resupply methods, even GPS-aided types like the U.S. military’s Joint Precision Airdrop System (JPADS). Able to travel up to 200 miles from the launch point, the paramotor was a discreet resupply method that didn’t require a large and loud cargo plane to fly into harm’s way in order to be deployed.

But while it’s cheaper to buy and operate compared to large cargo planes or helicopters, the Snowgoose is still relatively complicated and expensive to employ. In 2005, SOCOM bought approximately 75 unpowered versions, which the U.S. military called the CQ-10A, reportedly at a cost of approximately $500,000 each. The price tag of the improved gyrocopter CQ-10B, which had the ability to get back into the air under its own power and fly back to base after a mission, was $650,000. The B model cost around $300 per hour to fly.

In short, you’re not throwing away a CQ-10. This means any unit getting supplies this way has to spend additional effort either securing the drone or otherwise getting it out of the area.

Though it looks like it might have a shorter range, a refined Supply Glider design could be a simpler and cheaper option. This could make it a good choice for both emergency and routine resupply missions. And the requirement for something like the Snowgoose or the LG-1000 isn’t going away.

“By the end of 2011, more than 27,000 soldiers at 43 Forward Operating Bases (FOBs) in Afghanistan relied solely on airdrop for everything from food to fuel,” Logistic Gliders says on its website. “As precision anti-aircraft weapons proliferate and conflict spreads to more remote regions, military supply chains of the future will face increasing pressure to reduce risk while increasing their reach.”

The fact that these gliders can make it into tight and very hostile spots without putting a helicopter crew at risk, or relying on more cumbersome parachute systems, is highly attractive. And at such a low cost, the system could even be used for regular logistics as well.

So, it might not be long before Marines in hot spots around the world are getting their emergency, or even daily supplies via a boxy glider drone. 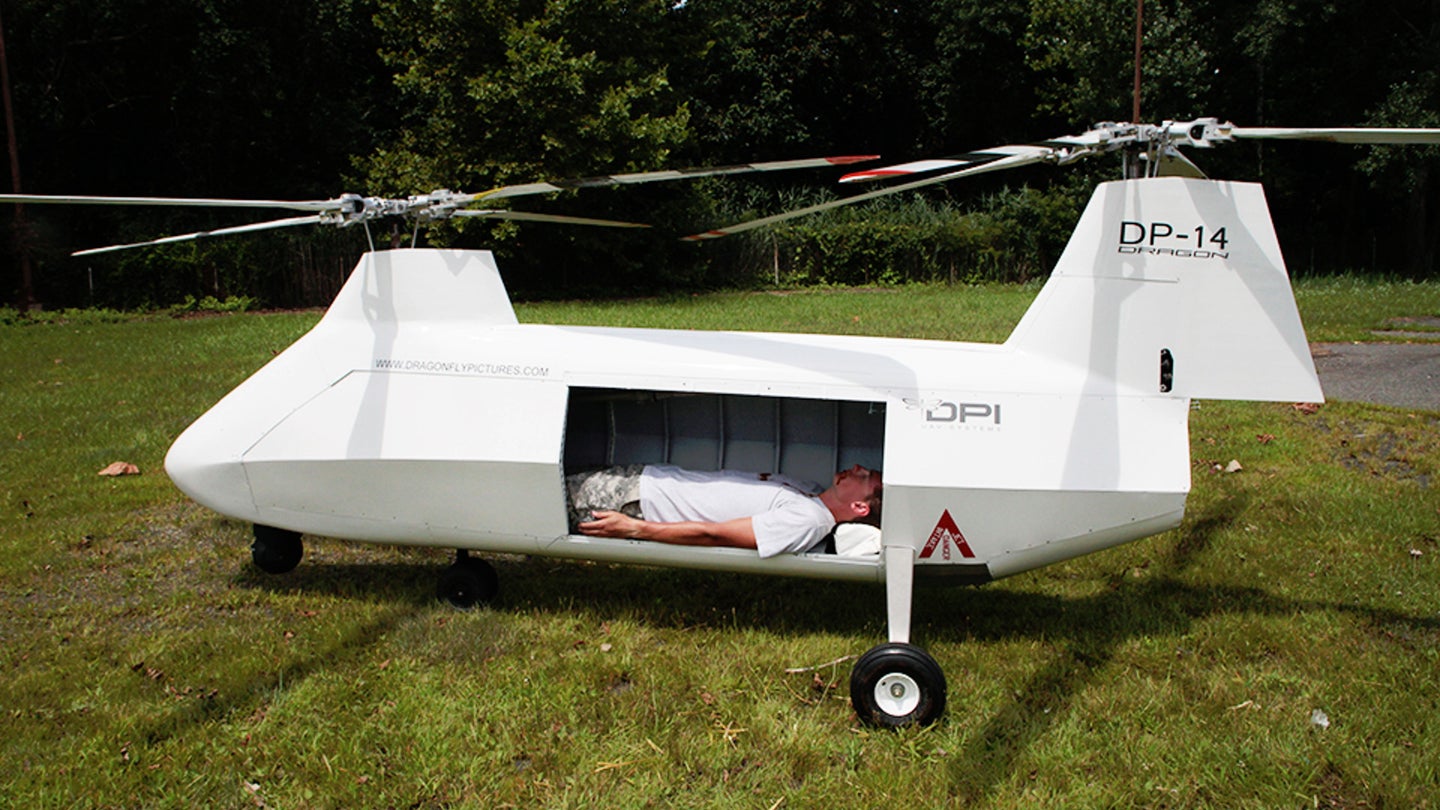 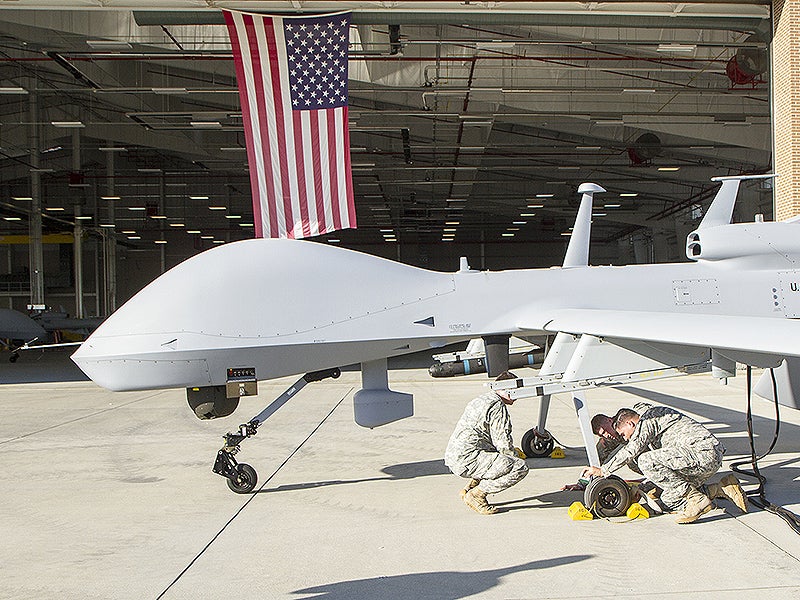