To the casual observer, the scene might’ve looked like an odd cross between a reenactment of a past war and a demonstration of a future conflict. Elite special operators, some of whom were speaking foreign languages, were roving around the hills of West Virginia on foot, horseback, all-terrain vehicles, and by helicopter, while practicing specialized tactics, some of which are nearly a century old.

But this wasn’t another remake of the movie Red Dawn or a weird time-traveling short story. It was a real life, routine exercise called Ridge Runner 2017 that occurred in February 2017. The particular group of participants – including special operators from the Baltic States of Estonia, Latvia, and Lithuania, all of whom are NATO members – and certain practice sessions suggested the event had a lot to do with Russia’s increasingly revanchist polices in Europe.

Broadly, Ridge Runner’s “purpose is to provide challenging, realistic, and meaningful training,” the training program’s official website says. “In a changing world where global security threats are taking new forms in an increasingly swift and unpredictable manner, Ridge Runner is a training opportunity for [special operations forces] and [general purpose forces] to enhance their readiness to meet these missions.”

The West Virginia Army National Guard runs the irregular warfare program for the benefit special operations forces and conventional troops, other government agencies, and sometimes American allies, all of whom who want to make use of the state’s unique Advanced Mobility Training Area. The “facility” is huge, covering approximately 500,000 acres of both public and private land, which state and federal authorities use under land agreements with the owners.

The entire setup provides a real, populated zone with various natural and man-made features for troops and police to practice both containing mock insurgencies and terrorist movements in “friendly” territory and working “behind enemy lines” with “local forces” made up of other troops and civilian role players. The Pentagon refers to the latter task of training irregular forces in foreign countries to conduct guerrilla warfare against hostile governments or occupying forces as “unconventional warfare.”

Before Ridge Runner, during the Cold War, Green Berets had also trained in West Virginia as part of previous guerrilla warfare programs, including one known as Guerrilla USA. And the overall structure of newer training sessions, along with the practice area itself, shared many similarities with the Army’s Special Forces capstone qualification exercise, nicknamed Robin Sage.

Held at various times throughout the year, Robin Sage puts the latest batch of Green Beret candidates through that unconventional warfare scenario set in the fake region of “Atlantica” that covers much of the United States’ eastern seaboard. The basic premise is that the trainees must support resistance forces in the “Republic of Pineland” – North Carolina – against invading forces from “United Provinces of Atlantica,” which stretches from Maine to Virginia.

The focus of Ridge Runner can be more varied, but the unconventional warfare tasks would be similar. During the 2017 iteration, troops and police conducted heli-borne raids against simulated militant camps and practiced hunting for insurgents with dogs, among other events. After assaulting the mock compounds, special operators trained on how to pick over the sites for possible intelligence, a skill known as sensitive site exploitation.

In addition, special operations forces learned how to perform less common military tasks. One of these events included covertly infiltrating into areas at night on horses. Some regions have roads that are too small for even small pickup trucks, if there are any roads at all, and animals might be the only mode of transport. American elite troops regularly practice how to utilize and care for both horses and pack animals like donkeys for specialized operations. In 2001, Green Berets famously rode around Afghanistan on horseback, supporting North Alliance fighters and fighting the Taliban.

Another task involved a nearly 100 year-old method of sending messages from hard to reach areas. During that practice session, elite troops strung a rope trapeze with the physical message between two poles. Contractors from Colorado-headquartered Rampart Aviation flew a de Havilland DHC-6 Twin Otter low enough that an individual in the back could grab the line with a grappling hook.

Pennsylvania dentist Dr. Lytle Schooler Adams invented this system in the 1920s. In 1937, he founded All American Aviation with the express purpose of picking up and delivering mail in remote regions. Between 1939 and 1949, his airline delivered approximately 75,000 pounds of mail to small towns and villages in Ohio, New York, Pennsylvania, Kentucky, and West Virginia, according to the National Postal Museum. Today, most people would know All American Aviation by its current name, U.S. Airways.

During World War II, Army aviators used the system to rapidly send orders and other information across the battlefield in lieu of radios. Early special operators also used the gear to deliver and recover equipment and intelligence from partisans and agents in Europe and the Asia-Pacific region. On top of that, the trapeze arrangement proved useful for getting downed troop gliders back into the air and even snatching individuals right off the ground. In the 1950s, inventor Robert Fulton improved on the basic principle to create his famous Skyhook recovery device.

For a special operations team today, the method could be useful if enemy forces had either jammed or tried to intercept radio communications, threatening to expose friendly positions or reveal sensitive information. Russian troops have employed electronic warfare systems to great effect, coupled with their own special operations forces on the ground, while supporting separatists in eastern Ukraine and government security forces in Syria.

And if the presence of the Baltic special operations forces was any indication, it appears that Ridge Runner 2017 may have been inspired by Russia in other ways, too. While the mock insurgencies and counterinsurgencies might reflect missions American forces, both conventional and special operations, might expect in their near future, for Estonian, Latvian, and Lithuanian operators it is a scenario they might be able to imagine in their own back yards.

After Russia invaded Ukraine’s Crimea region in March 2014, subsequently annexed the peninsula, and began supporting armed separatists fighting Kiev’s authority in the country’s eastern Donbas region, many of Russia’s neighbors worried they might be next. Semi-autonomous republics inside the Soviet Union until 1991, all three Baltic countries also have significant ethnic Russian populations who have at times agitated for greater freedoms and accused government authorities of trying to stamp out their culture.

Since their independence, Baltic officials continued to worry about Kremlin-backed political movements, insurgencies, or even an outright invasion. In 2004, Estonia, Latvia, and Lithuania all joined NATO in no small part because of these concerns.

A brief war in 2008 between Russia and Georgia only served to reinforce those fears. Georgia was another former Soviet republic that had been waging a low-level counterinsurgency campaign against pro-Russian groups. Authorities in Tbilisi decided to make a push to recapture the breakaway provinces of Abkhazia and South Ossetia, but ended up routed by Moscow’s troops.

Afterwards, in both of the de facto independent countries, the Russian Ruble became the official currency and citizens began to carry Russian passports, making it seem like total annexation was inevitable. The events in Ukraine, yet another former Soviet republic, only compounded the anxiety in the Baltic region.

Then, In September 2014, the Russian Federal Security Service, a successor to the Soviet KGB that is also better known by its Russian acronym, FSB, detained Estonian Internal Security Service officer Eston Kohver under suspicious circumstances. Moscow claimed Kohver had crossed the border was attempted to conduct an intelligence operation on Russian soil. The response from Tallinn was that the FSB had kidnapped him.

After a year in Russian hands, a show trial and a brief imprisonment, Kohver returned home as part of a prisoner swap. In a scene out of a Cold War spy drama, Aleksei Dressen, who Estonian authorities had charged with treason for working with the FSB, walked past Kohver on a bridge over Piusa River onto Russian soil.

If a conflict with Russia or Russian-backed partisans were to break out in the Baltics, special operations forces would likely be key actors to either tackle anti-government groups or lead resistance against occupying forces. A stay-behind force led by special operators might be critical in the event of an actual invasion.

Thanks to the shared history of the Soviet Union, the capitals of present day Estonia, Latvia and Lithuania are all less than 200 miles straight down a major highway from the Russian border. In Lithuania’s case, the boundary is with Russia’s strategic enclave in Kaliningrad, which has significant forces permanently stationed within.

In February 2016, the RAND Corporation think tank released a shocking report suggesting that Russian troops could seize control of the seats of government in Estonia and Latvia within three days. More damning, according to the analysis, NATO would be hard pressed to stop the offensive or even counterattack, despite American efforts to improve their military capabilities near the alliances borders with Russia.

In 2014, President Barack Obama announced the beginning of the European Reassurance Initiative (ERI), which led to an uptick in training exercises, troop deployments, and aerial patrols along NATO’s eastern flanks. The Pentagon’s dubbed the mission Operation Atlantic Resolve. In December 2016, American officials decided to accelerate the initial deployments of new rotating force packages in the Baltic States, Poland, and Romania. The first Army contingents began arriving the next month, which prompted Russian officials to say they would respond in kind to the "provocation."

But during the 2016 election campaign and after his victory and inauguration, President Donald Trump repeatedly stated his desire for better relations with his Russian counterpart Vladimir Putin. Even more worrisome to residents in Baltics was the language of one his most vocal supporters. “I'm not sure I would risk a nuclear war over some place which is the suburbs of St. Petersburg,” Republican politician and Trump surrogate Newt Gingrich said on “CBS This Morning” in July 2016.

Trump’s election “sent a shiver through the whole region,” Eerik-Niiles Kross, an Estonian parliamentarian who formerly acted as the country’s intelligence coordinator, told The New York Times after the election in November 2016. So, Baltic officials may be inclined to prepare for any contingency, with or without American help.

Still, the lessons their special operations forces learned at Ridge Runner 2017 could only help with that type of planning. 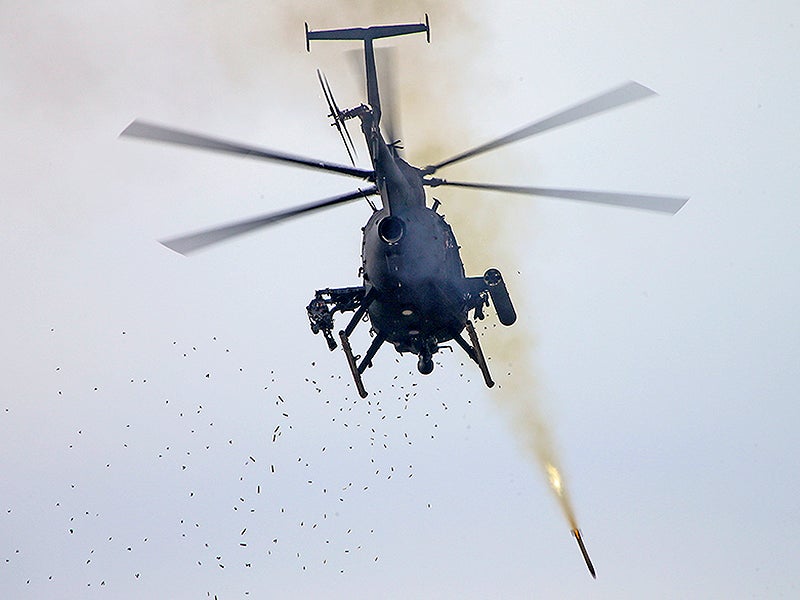 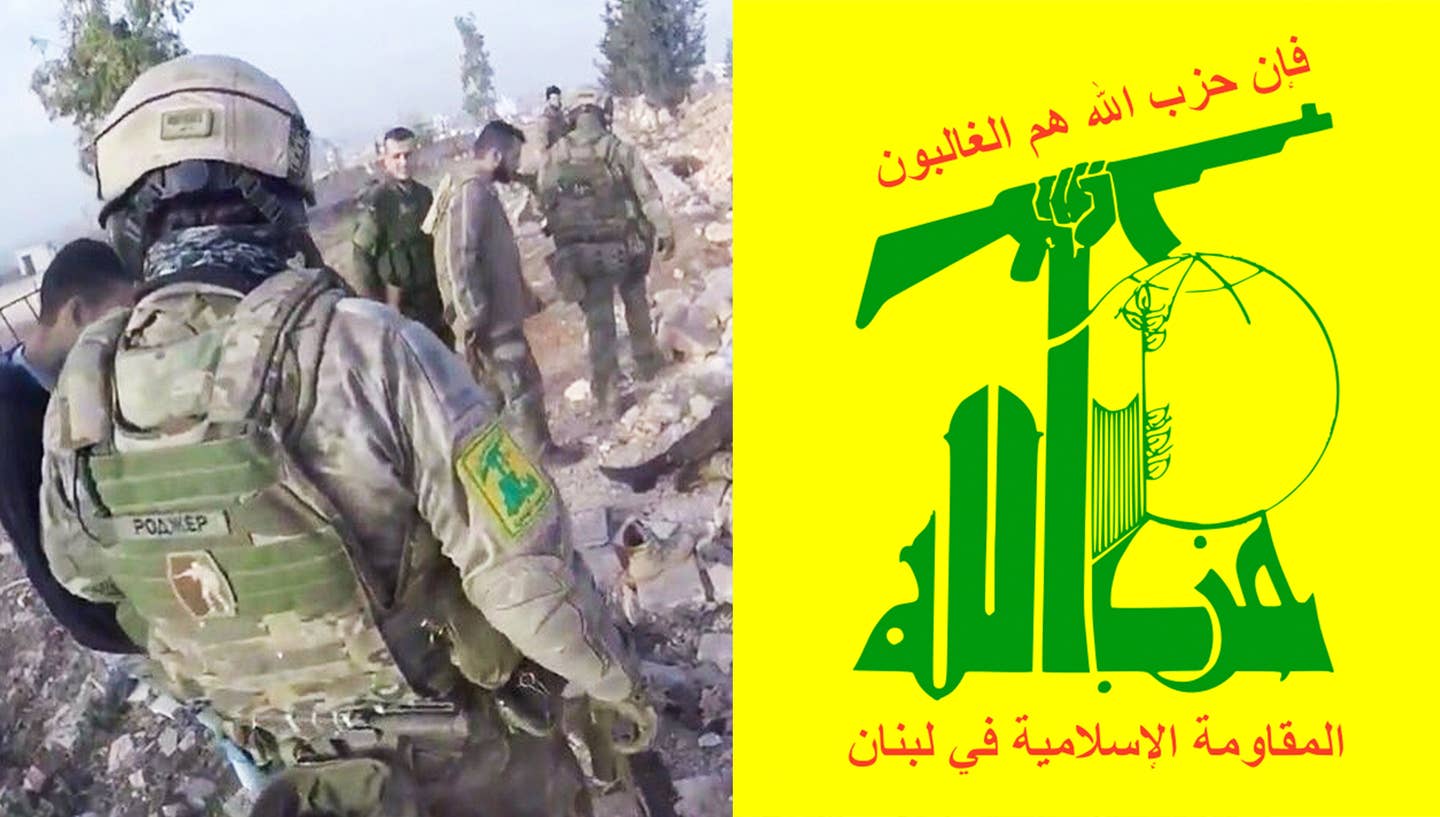