This Handy Graphic Shows Russia's Land-Based Missiles And Their Range

Russia's land-based missile programs have accelerated greatly in the past few years, and this graphic helps you keep them all straight. 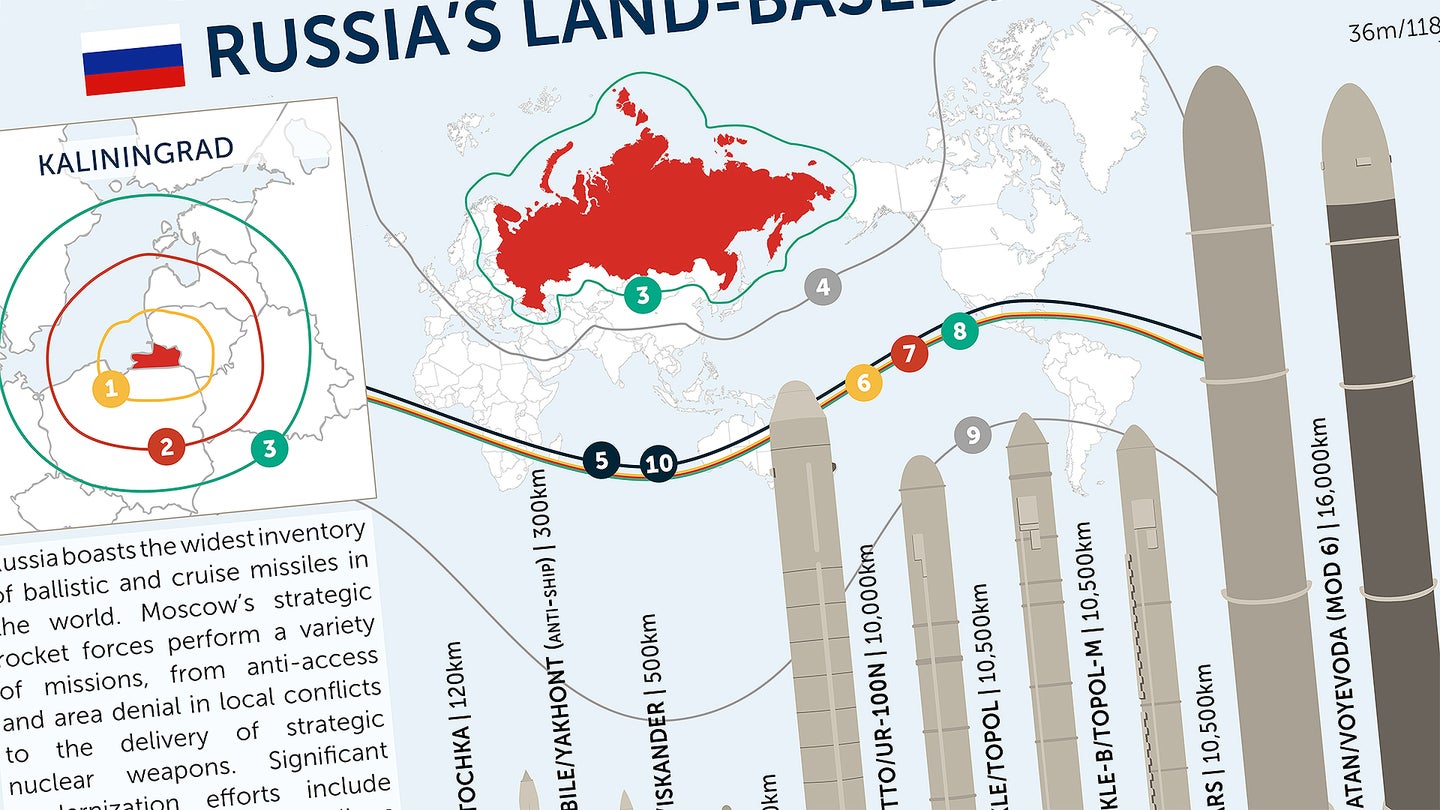 Russia's deep inventory of land-based missiles can get a little confusing, especially in recent years as the Kremlin has turbocharged its strategic weapons development initiatives. Luckily the Center For Strategic and International Studies (CSIS) Missile Threat Program has posted an ingenious graphic that gives us a snapshot of each Russian missile and its reach.

The graphic goes from shorter-range tactical systems, to much longer-ranged strategic ones. The graphical map on the top left shows how far Russia's tactical missiles based in Kaliningrad, and especially the highly modern Iskandar tactical ballistic missile, can reach out into greater Europe. The background map depicts the range for strategic missiles, but for the entire world. You can also access the graphic in high definition as well as a chart showing the ranges of a few additional Russian missiles here.

Of unique interest is the inclusion of the SSC-8 nuclear-tipped land-attack cruise missile that was reported to have become operational recently—and in doing so shattering a previous arms control agreement between the US and Russia. CSIS estimates the cruise missile's range at 1,242 miles, allowing it to reach into all of Alaska, the entire Persian Gulf, parts of France and parts of the UK. Just yesterday, the head of US Strategic Command stated that "we have no defense for it, especially in defense of our European allies."