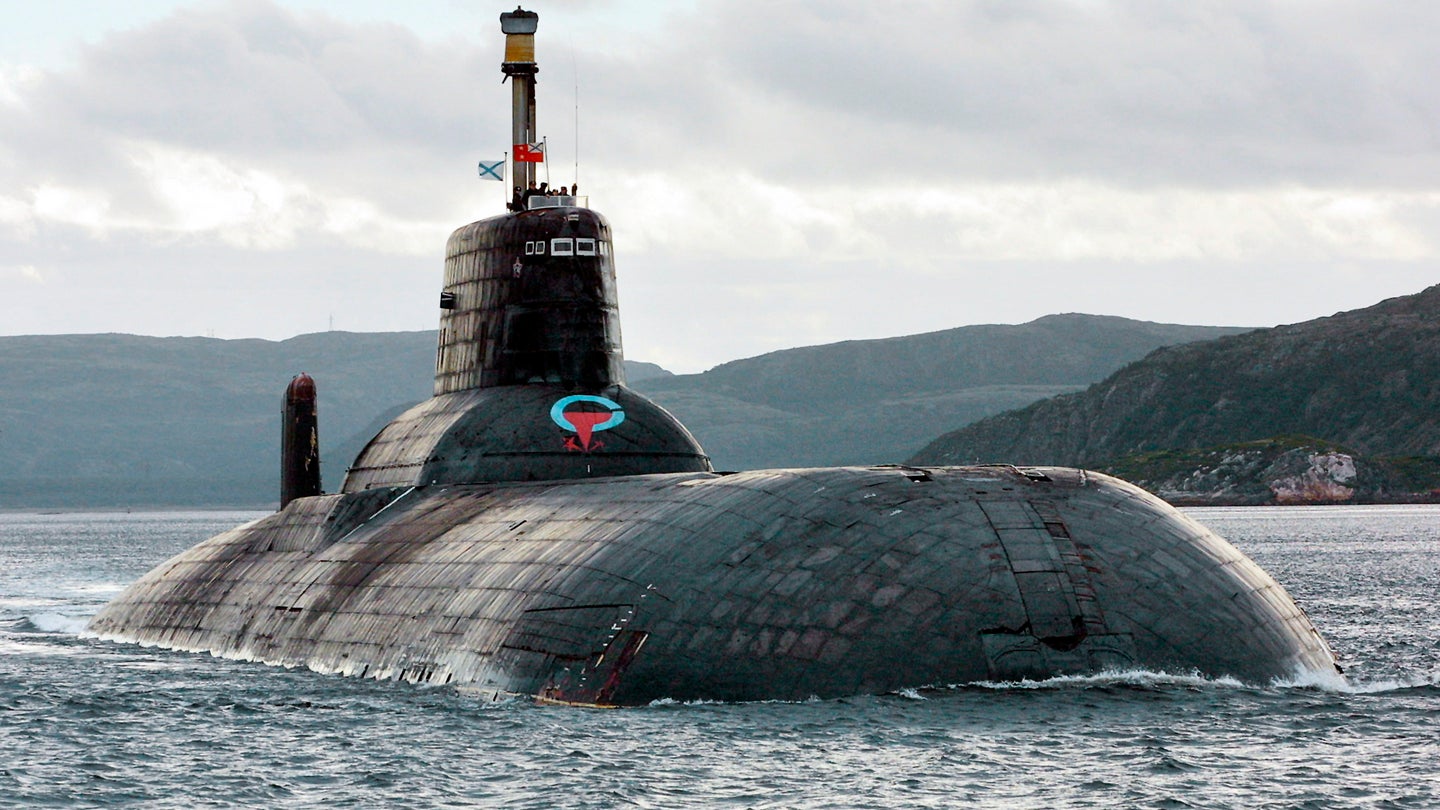 Russia's gargantuan Typhoon class nuclear ballistic missile submarine, Dmitry Donskoy—the last of its kind—is reportedly slated to travel from its home on the White Sea around Norway and Denmark, and into the increasingly tense confines of the Baltic Sea this summer. Eventually, it will end up in St. Petersburg to take part in a high-profile Navy parade on July 30th. Also said to be dispatched for the display is Russia's only active Kirov class battlecruiser, the Pyotr Velikiy. These these huge vessels represent Russia's most feared and destructive naval relics of the late Cold War, and if this reported plan proves to be accurate, the world will closely watch their voyage deep into the heart of NATO's "swimming pool."

The 574-foot-long Dmitry Donskoy is the last operational Typhoon class—indigenously known as the Akula class—boat in the Russian Navy's inventory. It was the first of six similar vessels, all of which retain the mantle as the largest submarines ever built. The class was built to be the backbone of Soviet Union's second-strike nuclear deterrent, carrying 20 massive R-39 "Rif" SLBMs with up to 200 warheads in total, for months-long patrols. It was the most deadly single weapon system Russia ever designed during the Cold War.

The Typhoon class was made especially famous after its likeness was used as the experimental Red October in hit film Hunt For The Red October. Since then, the boat's size and unique creature comforts have captured the imaginations of military and naval enthusiasts around the globe (read all about it here). Today the Dmitry Donskoy serves as a submarine-launched ballistic missile (SLBM) test boat, supporting the development of the Russian Navy's accelerated strategic missile programs. This has included testing Russia's current SLBM of choice, the RSM-56 Bulava missile that fills the launch tubes of Russia's Borei class nuclear ballistic missile submarines.

The Baltic Sea is usually the playground of smaller attack submarines, namely of the diesel electric variety, not of huge ballistic missile carrying "boomers." The body of water is very much a littoral environment, with an average depth of around 180 feet, which is hardly the environment for a Typhoon class submarine that displaces 48,000 tonnes while submerged and was built to literally find a place in the deep and remote ocean to hide for long periods of time. According to The Barents Observer even transiting into the region will be a tight squeeze for the Dmitry Donskoy:

Maybe above all else, the fact that multiple nuclear reactors (both vessels run on nuclear power) of Soviet vintage will be plodding through the region is likely to draw the most ire from Moscow's European neighbors.

We'll have to wait and see if the Kremlin confirms the deployment, but considering the region already experiences nearly constant maritime war games, contentious aerial encounters, and even full-on public submarine hunts, it could end of being one hot summer on the Baltic Sea.