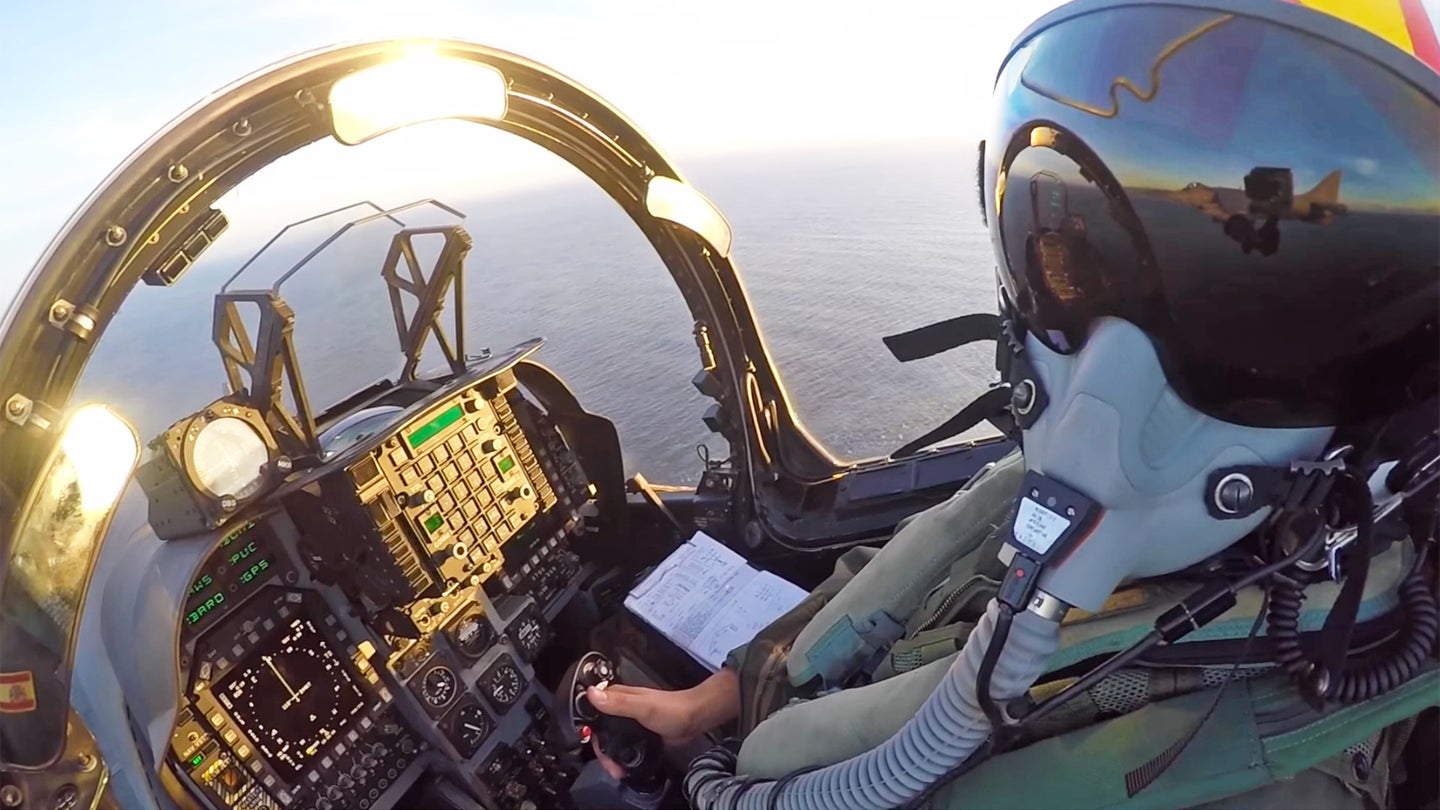 The video below shows a Spanish Navy AV-8B Harrier pilot flying off Spain's sole aircraft carrier, the amphibious assault ship Juan Carlos I (L61), for a low-level training sortie over the countryside. The headcam perspective, high definition and quick frame-rate of the video makes you feel as if you are right there in the cockpit with the pilot as he sweeps in between windmills, and flies low and fast over the lush landscape. At the end of the exhilarating video, the pilot and a flight of Harriers make a vertical recovery back aboard the ship.

You can click on the youtube logo at the bottom of the player to get the full HD and high frame rate capability out of the video. Here is another awesome perspective on a nearly identical mission, and you can also see the Juan Carlos tower perspective of a Harrier recovery operation here.

The AV-8B Harrier is more versatile than ever before, and Spain's AV-8B+ jets are some of the most advanced in the world. Originally Spain looked to replace their Harriers with the F-35B, but this plan was deferred in 2014 due to financial constraints and developmental issues with the F-35. As a result, Spain's 13 Harriers are slated to stay in inventory through 2024, getting some upgrades along that timeline. Now Spain has reengaged in talks to procure the F-35 once again.

Outside of trying to extend the life of its Harriers farther, if that is possible, or obtaining surplus aircraft from USMC stocks, the Spanish Navy will need an aircraft to operate from Juan Carlos when the AV-8B is finally put out to pasture, and the F-35B is the only new aircraft available that can fill that role. What remains unclear is what modifications would be needed to be made to the Juan Carlos's deck and other systems to accommodate the F-35B. Recent history has proven that ships that were even built with the F-35B in mind have required extensive modifications to handle the thermal loads and blast put out by the F-35B, not to mention additions of tactical systems needed to leverage the F-35's unique sensor capabilities.