It's a good sign that the F-16 line will live on for years to come. 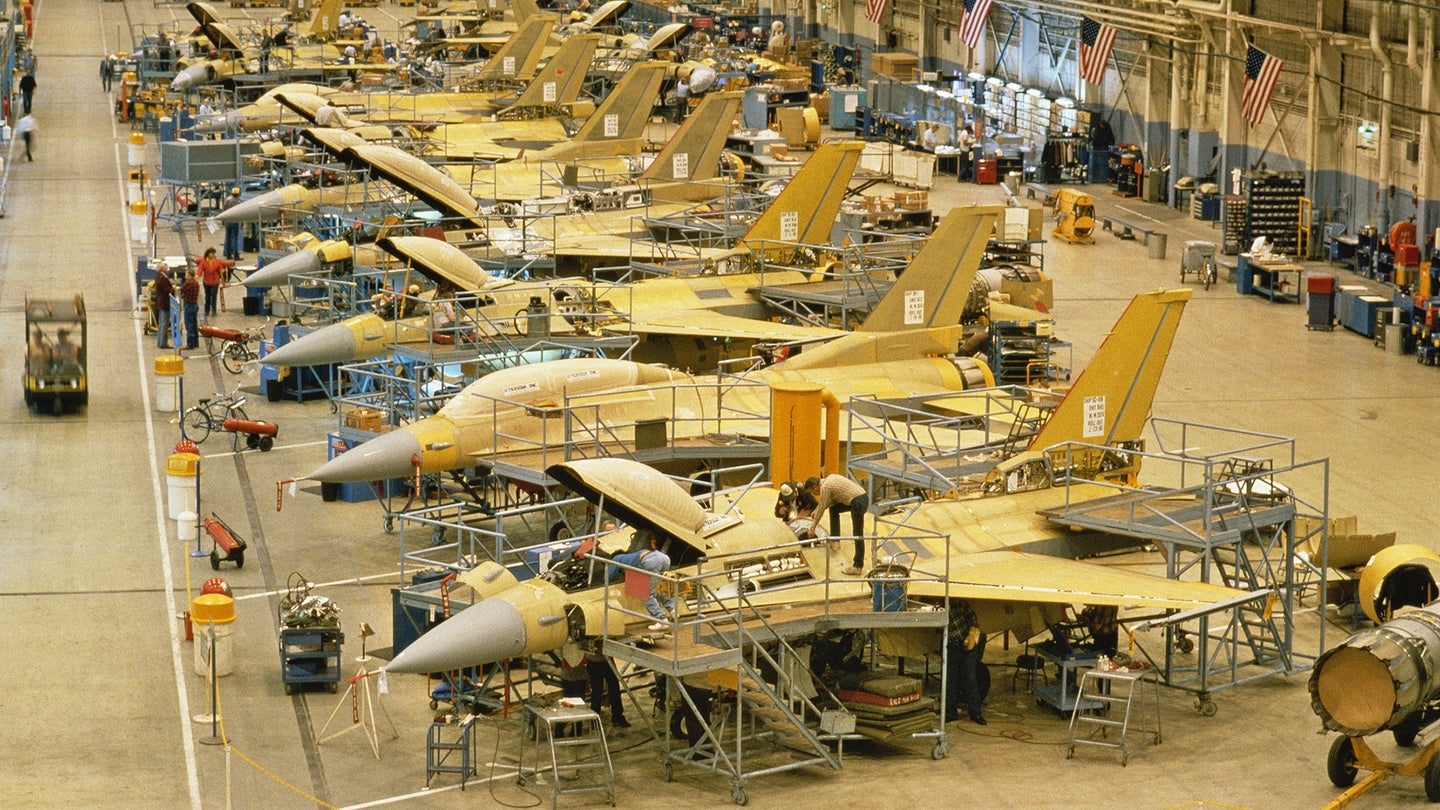 After nearly a half-century of producing F-16s in Fort Worth, Texas, Lockheed Martin will move its production line to Greenville, South Carolina. The last of the Vipers built in Texas will be delivered to Iraq in September, after which the line will go dark for two years before being reconstituted in South Carolina.

The Greenville production facility is also where the company's T-X candidate, the T-50, would be built. There is some commonality between the F-16 and T-50, which is derived from the KAI/Lockheed Golden Eagle, which itself was modeled after the F-16. The line for the F-16 in South Carolina will be fairly small, but it still means hundreds of new jobs for Greenville. Whereas union members build the F-16 in Texas, South Carolina is a right to work state, a reality that has pulled major aircraft manufactures to the state in recent decades.

The news is actually good for the F-16 program overall. Instead of being pressured to shutter the line as orders become small and less consistent, a smaller and more adaptable footprint in Greenville will allow the line to better survive slow production periods or even small gaps in production. Although there are smaller prospective customers in the Middle East and South America for the Viper, the only big potential sale that currently could give the F-16 an order in the hundreds of aircraft is from India which is re-launching its medium fighter bid to a certain degree. The F-16 lost the last tender to the Rafale after putting forward the specially equipped F-16IN variant.

This new tender is for 200 single engine fighters, and the F-16 seems to be a very good fit. Still, in the past Lockheed said it would provide massive offsets for the order, including assembling the jets in India and even building key components in the country. Under a Trump administration, this type of job-zapping arrangement seems to be taboo, and endangering the cozy relationship between the White House and Lockheed, and especially the future of its banner F-35 product over an export order like this just doesn't make sense.

Above all else, keeping any sort of F-16 line warm in the US is a big strategic win for America whether the USAF wants to admit it or not. The F-16 is a known commodity and is a relatively efficient and still deadly machine, especially in its new Block 70 form which evolved out of the so-called F-16V. Depending on the USAF's force mix of choice, it still could fulfill a whole range of missions for the USAF at a far lower price than its stealth stablemate, the F-35A.

In life as in war, options are a good thing to have.