U.S. Army soldiers in Europe are adding extra protection to their M1A2 Abrams main battle tanks in the form of explosive reactive armor. The explosive-filled packages could help the tanks stand up to increasingly advanced tanks and anti-tank munitions, like the ones Russia is developing or has already fielded to its own forces.

"The ARAT looks like a good package," Army Capt. James England, head of 1-66th’s Company B, told the service’s reporters. "In our current operating environment, should we have to engage a near-peer threat, we have to retain that mobility."

The kit includes racks that attach to the Abrams' hull and turret. Once in place, crews slot in a set of explosive-filled “tiles.” The hull arrangement is two layers, with curved tiles on top of boxy ones, while the turret only gets a single group of the angled versions.

When an incoming shell or rocket hits the blocks, they detonate, helping prevent the projectile from penetrating into the vehicle and protecting the crew. As with most reactive armor systems, ARAT tiles work once and then tankers must install new ones. Reactive armor first became widely popular in the 1970s.

The “near-peer threat” England was talking about is clearly a Russian Army that appears to be rapidly modernizing. In addition to American TOW missiles, both Soviet-era and newer Russian-made anti-tank weapons—along with Iranian copies—have made a mark on recent fighting in Syria, Iraq and Yemen.

In 2015, Houthi rebels in Yemen blew up a Saudi M1 with what looked like an Iranian copy of the 9M113 Konkurs. The next year, Islamic State terrorists hit an Iraqi Abrams with a newer 9M133 Kornet, causing a spectacular explosion as the tank’s ammunition cooked off.

On top of all that, in 2015, the Russians debuted the first all new tank anyone had seen in years, the T-14. The clean-sheet design boasted an unmanned turret, active protection systems and potentially advanced, high-velocity ammunition. In addition, Moscow’s troops hope to get a whole suite of other tracked and wheeled armored personnel carriers and support vehicles, including the heavy T-15, which shares the same “Armata” chassis as the T-14.

Since the Kremlin decided to intervene in the civil conflict in Ukraine’s eastern regions in 2014, many of Russia’s best military capabilities have been on display. While the T-14 hasn’t made an appearance, Moscow’s participation in the conflict has been defined in part by the deployment of significant numbers of T-72B3 tanks. Despite the name, this is a significant improvement over earlier models that make the tanks comparable in many respects to the later T-90.

The upgrade package involves a “frame off” rebuild resulting in “essentially a new tank,” the U.S. Army’s Foreign Military Studies Office explained in the February 2016 edition of its magazine OE Watch. The overhauled tank has additional sensors, communications equipment and an internal firefighting system to protect the crew. The biggest update is a powerful new engine, packing 300 more horsepower, giving the tanks a top speed of over 40 miles per hour on paved roads and an unrefueled combat range of approximately 300 miles.

Needless to say, if a conventional fight broke out, American troops in Germany, Poland and the Baltic States would face very real threats. In response to these concerns, the Army began rushing development of new weapons geared toward a high-intensity conflict, such as a version of the Stryker armored personnel carrier toting a powerful 30 mm automatic cannon. ARAT is similarly supposed to show the Army is serious about the situation and the mission. However, reactive armor is and has always been a far from a perfect solution.

"Depending on what terrain you're in, whether you're in rural or urban terrain, the purpose of angled tiles is so that a blast will go down or upwards, which will allow the impact to deflect outward rather than at the tank crew," 1st Sgt. Ryan Dilling, Company B’s top non-commissioned officer explained.

“If you have dismounts on the ground and they're working in close proximity of the tank, you'd want to angle the tiles down so if there was a blast, it would go out and down to minimize the effect against Soldiers nearby,” Dilling added. “If you were in an urban environment and you had adversaries shooting from second or third stories or even on rooftops and the tiles were activated, the blast would push out and upwards toward the threat.”

Reactive armor was a key piece of the Army's Tank Urban Survival Kit (TUSK), which General Dynamics Land Systems crafted in the late 2000s. The only problem here is that in urban warfare, tanks have to work with infantry, who might not be thrilled about being so close to the explosive bricks no matter how they’re oriented. Time and time again, history has shown the cramped confines of cities give defending troops an advantage over relatively slow and large armored vehicles as they navigate the streets.

Fighting in built up areas would be a given in any prospective European conflict, given the densely populated nature of much of the continent. The capitals of NATO members Estonia and Latvia are both less than 200 miles from Russian border—or one tank of gas for a company of T-72B3.

This is why the Army has been working to add a so-called active protection system to the Abrams, as well as the Bradley fighting vehicles, Strykers and the future Armored Multipurpose Vehicle (AMPV). Though manufacturers and military forces are understandably tight-lipped about the specifics, these systems—including Israel’s Trophy and Russia’s Arena—generally link a physical interceptor of some sort to radars, infrared optics or other sensors. When the system detects an incoming projectile, it fires its own to shoot the threat out of the sky or blow it up. See one in action on the battlefield here.

Of course, these systems have many of the same disadvantages of reactive armor. The systems have a limited number of shots and armor crews generally cannot reload them from the safety of their vehicles. In addition, the intercepting projectiles might be just as much of a threat to nearby troops under the right circumstances, depending on the equipment’s design.

As such, the Army’s end game has moved close and close to a directed energy weapon for active protection. A laser would pose a significantly lower threat to supporting soldiers and reloading would only be a matter of a recharging the batteries. Unfortunately, those systems aren’t likely to be ready until 2030 at the very earliest.

Of course, there's no guarantee Russia's flagging economy will support Kremlin plans to buy the hundreds of T-14s or other weapons. And regardless, Moscow has generally preferred to use economic and political pressure, political and para-military proxies and other "hybrid" activities to exert influence on its neighbors rather than open, conventional warfare.

In the meantime, American tankers in Europe will stare down Russia with vehicles covered in high-explosive tiles. 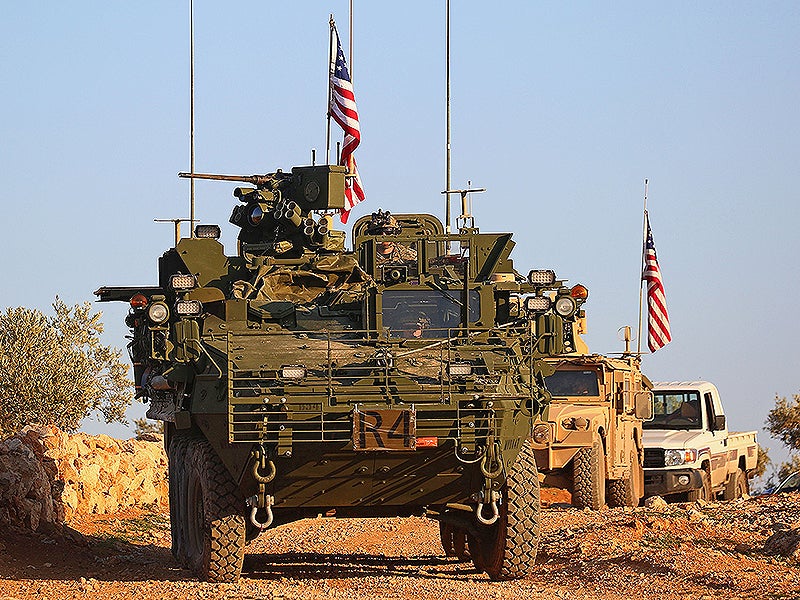 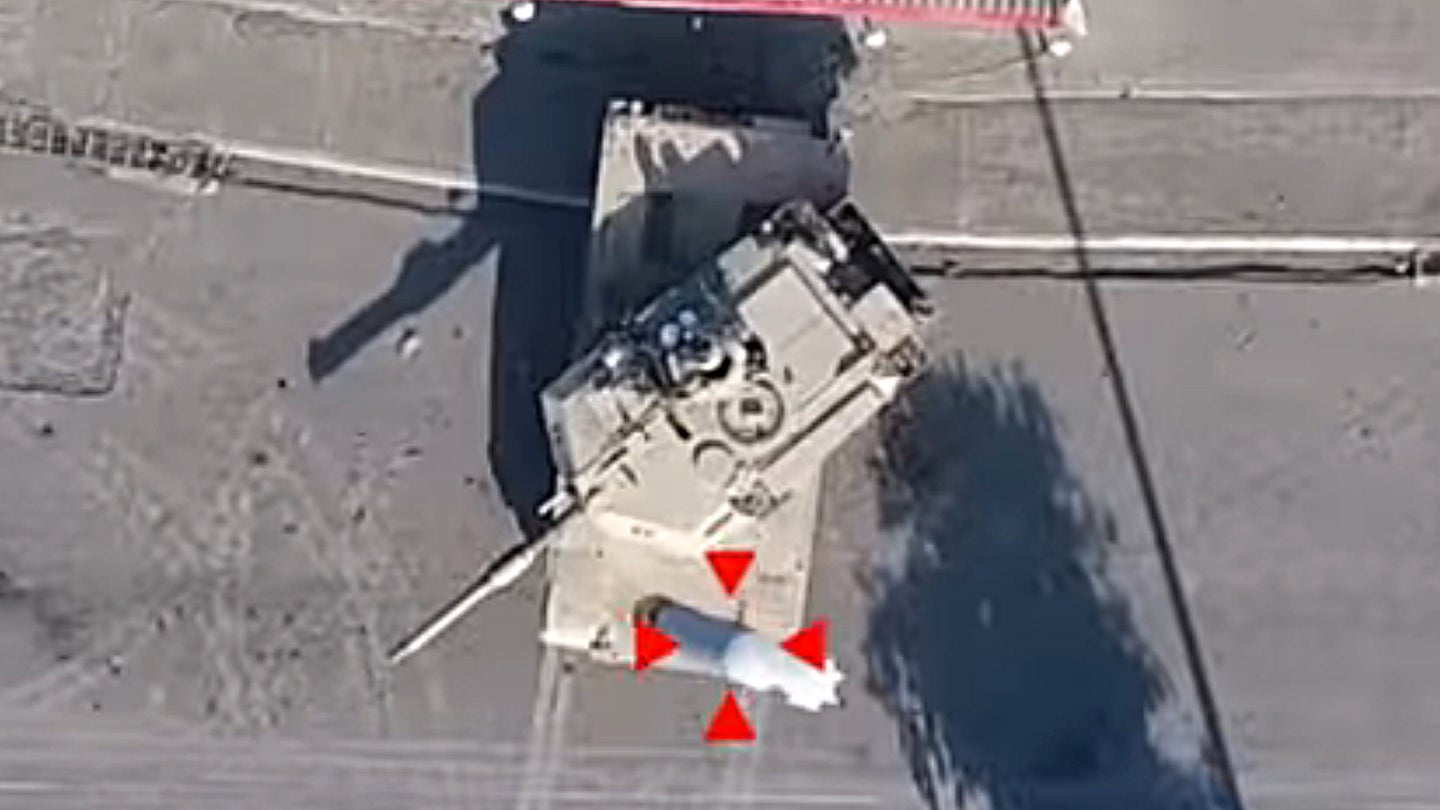 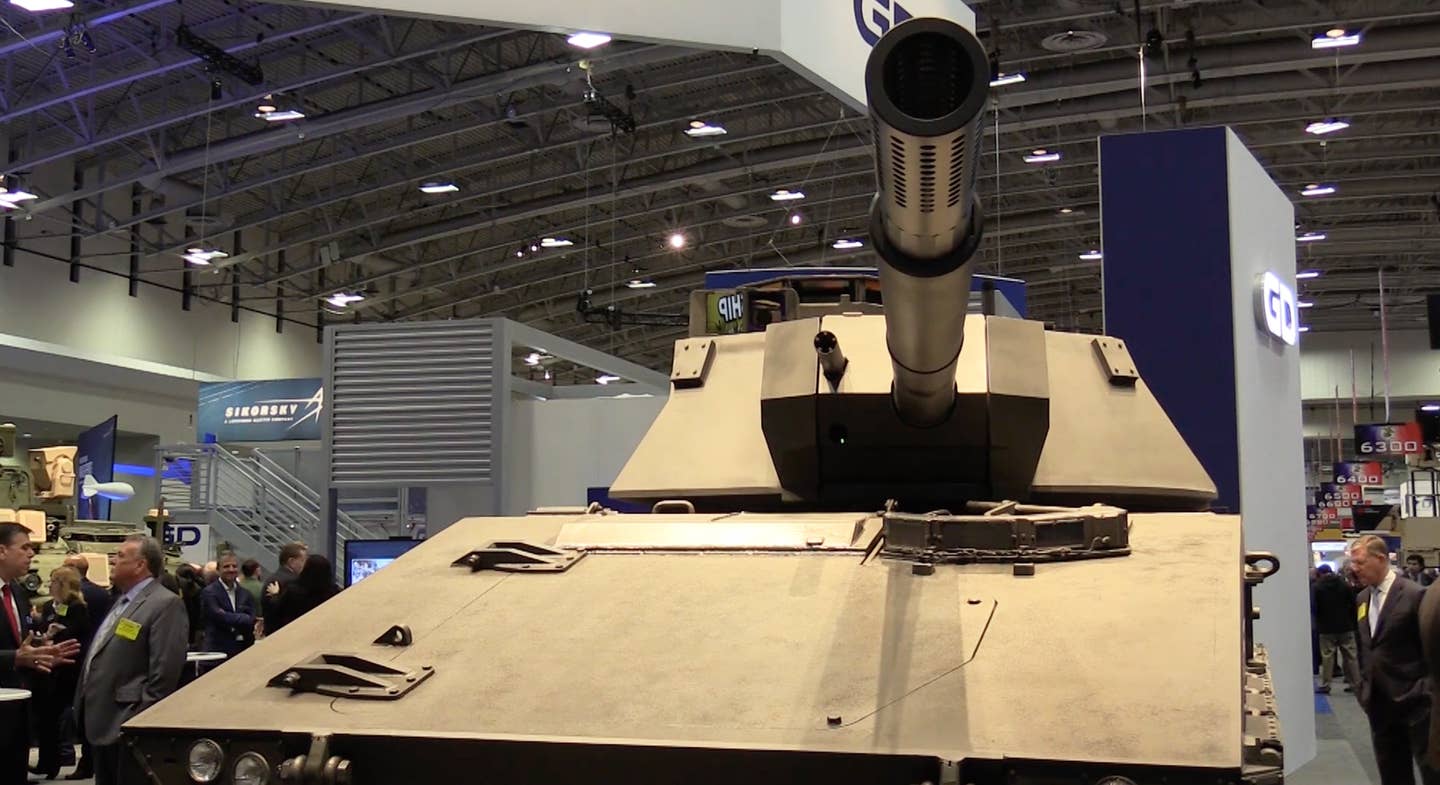