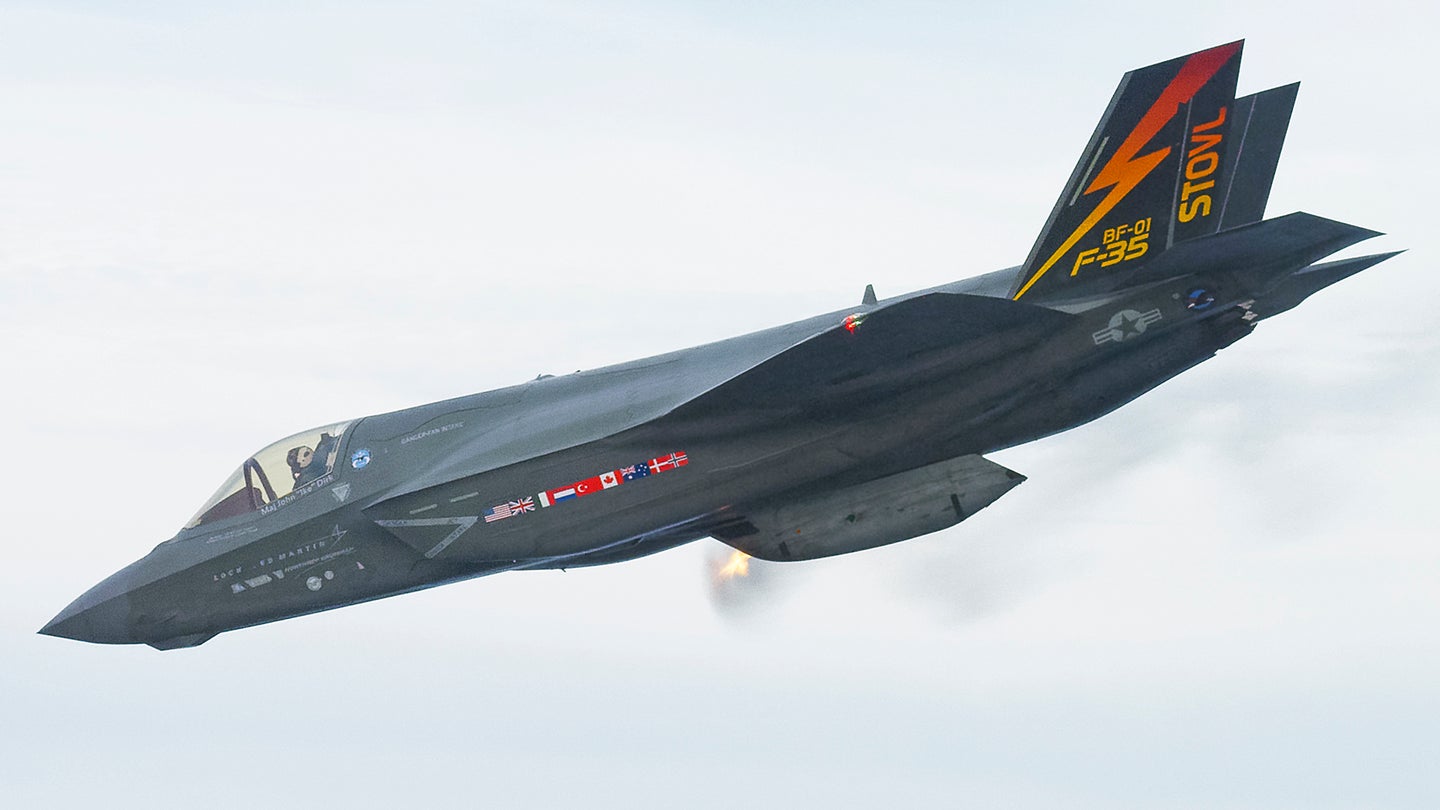 The F-35B and C's belly-mounted gun pod has finally been fired in the air. BF-1, the first F-35B built, was used for the test which occurred near Naval Air Station Patuxent River on February 21st. You can read all about the F-35's GAU-22 25mm gun pod and watch it being fired during ground tests in this past post.

The ability to fire the gun—both the F-35A's internal cannon and F-35B and C's podded version—as well as its limited amount of firepower has been a controversial issue for the F-35 program. And even though the gun is seen firing in the air in the image above, the software to actually aim it is still a ways out as we discussed in a a previous post:

"Among a slew of deficiencies, Gilmore also highlights the F-35’s gun woes, and that it may not even meet its revised testing and operational dates. Bloomberg quotes the memo: "All three models of the F-35 are 'are at risk of not having a functioning and accurate gun' in time for the combat testing because 'significant deficiencies discovered during initial testing' in 2015 'require multiple modifications' before accuracy testing can begin."

As we have stated previously, the F-35 will likely not be able to test its cannon and helmet-mounted display aiming scheme until at least 2018 (now possibly 2019), as software and hardware delays continue to loom even though the USAF promised it operational by 2017 after previous delays."

Still, it's good that some progress is being made, and seeing a fifth generation super-fighter with a gun pod strapped to its belly in a very old-school manner is bound to bring smiles to the faces of military aviation aficionados around the globe.

As for the pod and its degrading effects on the aircraft's low observable qualities—it was built with reduced radar signature in mind but it will increase the detectability of the F-35B and C somewhat when it is fitted, and it induces a drag and weight penalty like any external store. Still, the F-35, at least historically, will do most of its fighting in low to medium threat environments where external stores can be carried. For those missions at least the gun pod gives the B and C model the option of having a gun at all.

A slightly stealthier version of the pod called the Multi-Mission Pod can also be adapted to a wide variety of other roles in the future. These include the possibility of hauling extra sensors, communications arrays, electronic warfare components, defensive systems, maybe one day even lasers, and pretty much whatever else designers can stuff in it.