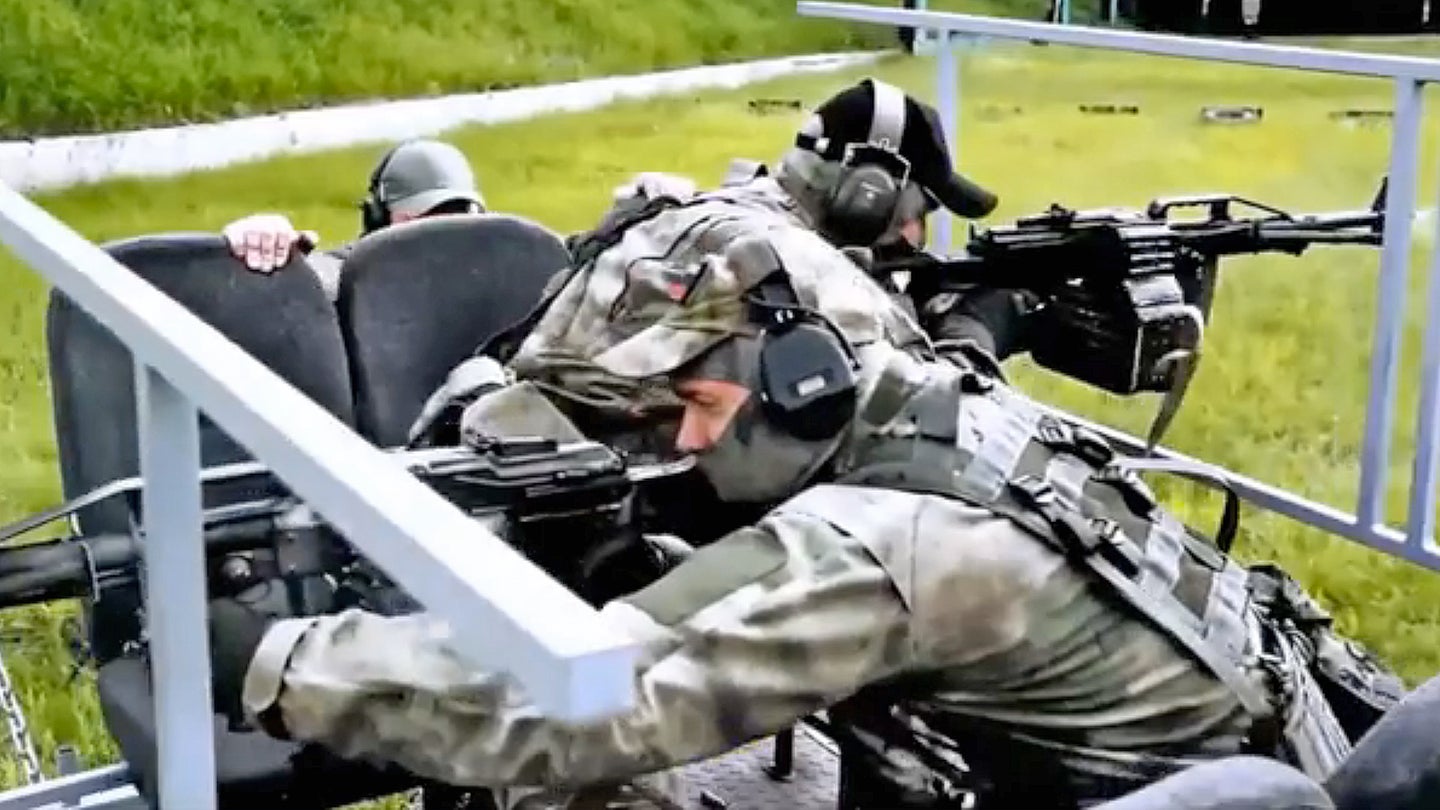 Russia's elite Spetsnaz special operations group have a storied past that spans the entirety of the Cold War. Today, they are highly active once again—this time, on the shadowy battlefields that Russia has engaged itself on over the last three years. A recent video montage highlighting some of these elite soldiers' weapons drills has been released—and although parts of it seem a bit more based in '80s action movie nostalgia than in reality, it's still impressive.

In recent years, Russia has moved to evolve, modernize and better integrate its special operations capabilities. Some of their gear, structure and tactics have been adapted to more closely mirror those found under America's Special Operations Command (SOCOM). Spetsnaz units in particular have put this new doctrine to work successfully in Syria, where they have been integral in leveraging Assad's army, Hezbollah fighters supplied by Iran and Russian airpower into real military victories.

Spetsnaz involvement in the ongoing fight in Ukraine is much more nebulous, even by Russia's own admission, but suffice it to say their presence in that theatre has been openly felt since the first "little green men" descended onto the Crimean Peninsula three years ago. And that's really how the Kremlin seems to like to keep the perception of their elite special forces—they can be everywhere and nowhere at the same time.