The BUFF is only getting finer with age, and in recent months it has been busy in the Middle East dropping hundreds of tons smart bombs on Islamic State fighters' foreheads. 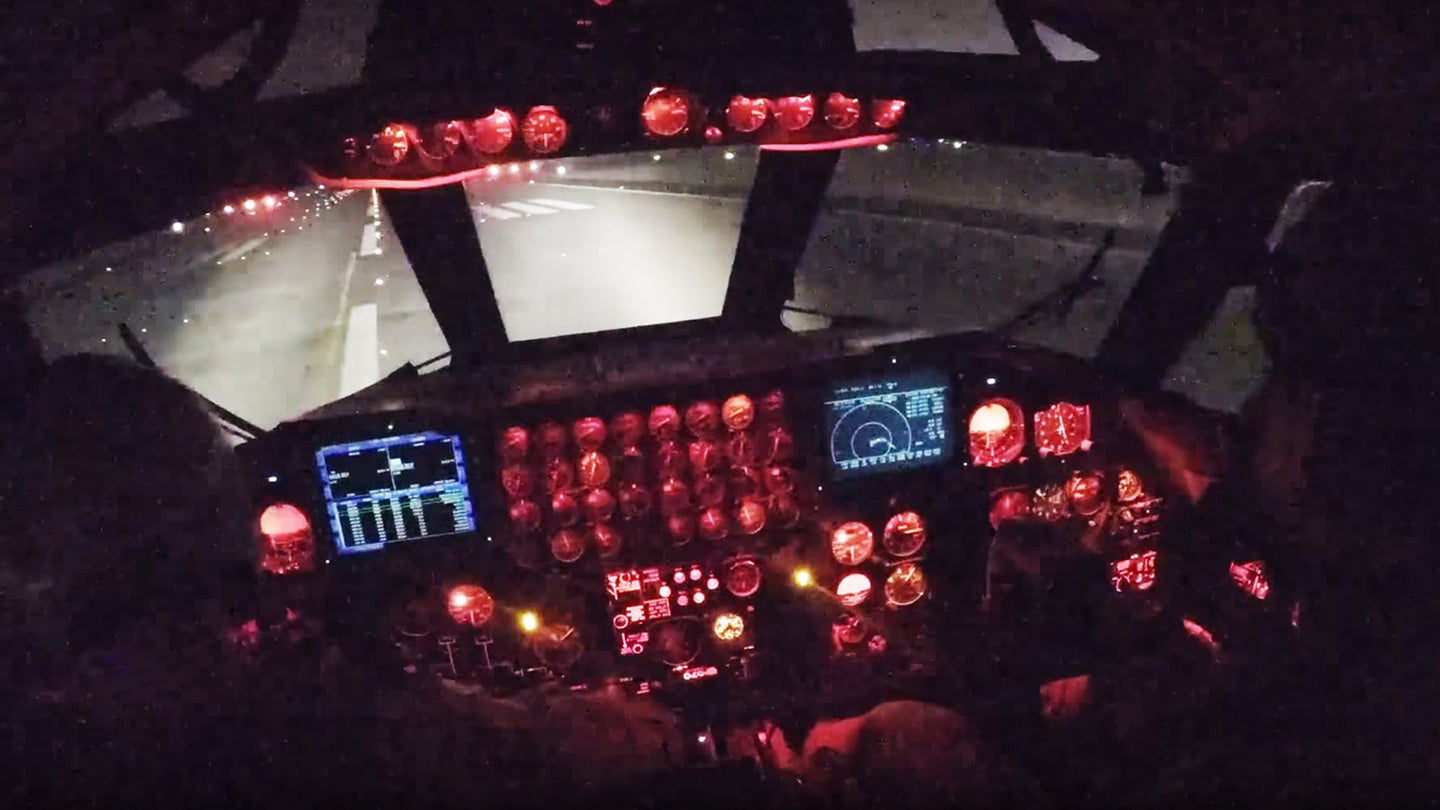 The B-52H, which is quickly approaching its sixth decade of service, has become one of the stars of the coalition air operation to wipe out ISIS from Syria and Iraq. Like the B-1B "Bones" that had provided persistent, high-volume precision air support over Iraqi and Syria before it, the Big Ugly Fat Fucker is doing the same today—putting its SNIPER targeting pod to use not just in the targeting role, but also in the surveillance role. The video below gives us a little snapshot of such a mission.

The load the B-52 is carrying is impressive–a quartet of 2,000lb bunker-busting BLU-116 munitions with GPS/INS guided GBU-31 Joint Direct Attack Munition (JDAM) kits, as well as a similar amount of GBU-38 500lb JDAMs and a SNIPER targeting pod. Obviously one is for the heavy lifting and the other is for more customary close are support and strikes on smaller fixed targets. It is also possible the BUFF originally took to the air with six of each weapon on its wing pylons but had already dropped some by the time the tanker footage was taken. Also note just how much control input is needed to control the jet during takeoff and landing—classic B-52—an aircraft that has some of the most unique handling characteristic around.

Here is what the B-52 can do with that big smart bomb load:

The B-52 is going through a series of major upgrades that will only make it more deadly in the future, and finally getting the jet new engines is once again a hot topic within the USAF. A new "smart" rotary bomb rack designed for the B-52's large weapons bay will vastly increase the BUFF's smart weapons carrying capability as only the aircraft's wing pylons are wired to handle these types of munitions today. New data-links, sensors—in particular a radar—and defensive countermeasures will also be added to help the jet stay potent for what will likely be nearly another half decade of service. If Secretary of Defense Mattis still supports the Obama-era "flying arsenal ship" concept, the B-52 could also find itself fulfilling a whole new role in the coming decades as well.