The young female suspect was wearing a patterned skirt, white shirt with “LOL” embossed across it, and pink leggings. 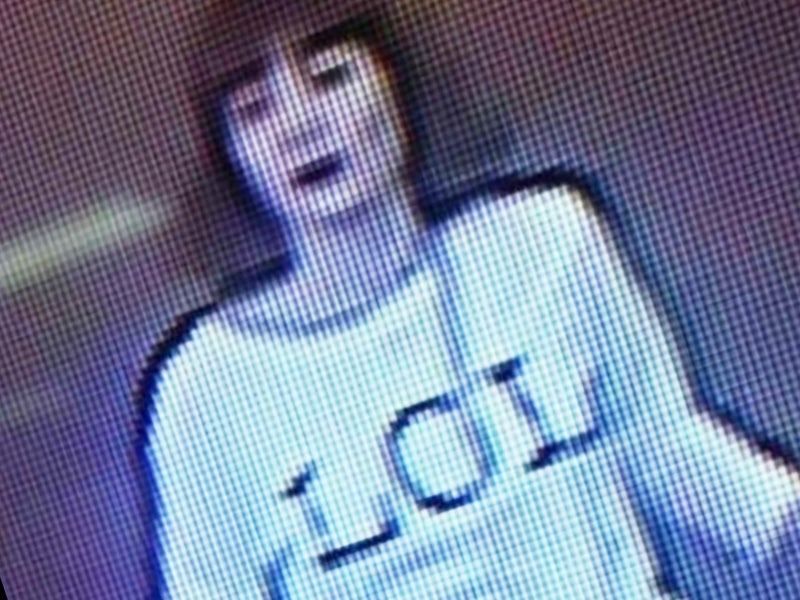 The older half-brother of tyrant Kim Jong Un, and once heir to the North Korean autocracy, Kim Jong Nam, was supposedly attacked yesterday morning by a young female assassin wearing hot pink leggings and an “LOL” branded t-shirt. Some reports state that poisoned needles and/or a poison soaked rag was used in the attack. The whole thing went down inside Kuala Lumpur International Airport in Malaysia, in a merchant concourse on the terminal side of the security line.

The 45-year-old was waiting to board a flight to Macau when he was assaulted. After the attack, Kim made his way to a ticket counter asking for help, and later died in an ambulance on the way to the hospital. Before Kim Jong Nam died, he apparently told responders in the ambulance that he had “felt like someone grabbed or held his face from behind," according to Malaysian investigators.

Details remain murky and the story will likely change, but one thing is for certain: the half-brother of Pyongyang's young tyrant is deceased, and all fingers are pointing to the North Korean regime as the responsible party.

Why Kim Jong Un would attempt a brazen hit of his exiled and estranged brother—it is unclear if they have ever even met—is not clear. Kim Jong Nam, who attended boarding school in Europe, had made a handful of comments about his wish that North Korea would open up to the world and move towards democracy, and that his half-brother was not fit for the job, but he was hardly an activist and had remained quiet in recent years. As for the possibility of him returning home to rival or replace his half brother, that would have been very unlikely.

Although older than Kim Jong Un by an unknown number of years—12 would be a good guess—Kim Jong Nam hasn’t been considered as capable of living life as the ruler of an authoritarian state for over a decade and a half. At one time he was supposedly being groomed for the roll, but after getting nabbed at Tokyo’s Narita International Airport in 2001 while trying to infiltrate the country with a fake Dominican passport—so that he could visit Mickey and Minnie Mouse in Disneyland—the idea of him as a potential successor to Kim Jong Il was apparently dropped.

In recent years, Kim is thought to reside mainly in Macau and Beijing, but has been known to travel around Asia with fake travel documents, oftentimes from party to party. It is commonly believed that he has been living under the close protection of China’s security apparatus and may have been on Beijing’s payroll. This may sound odd, but considering the “unique” relationship between Beijing and Pyongyang, such an arrangement would be unsurprising. With this in mind, Kim may have been left without guards once he passed through airport security, leaving him vulnerable to attack by a trained assassin.

If Kim Jong Nam’s half-brother did indeed order the hit, maybe it had been in the works for some time, but was only able to be executed now that Kim Jong Un has consolidated his power within Pyongyang's complicated ruling structure. Kim Jong Un has killed family members before, although doing so “off the reservation” in a foreign country is a bold move, and one that will have ramifications internationally if it proves true. As for South Korea, they already say they know the murder was the result of North Korean agents’ handiwork. Also, the death comes at a time of shifting relations between the US and China, in which North Korea may become a fulcrum.

Shortly after Kim Jong Nam died, police put out CCTV stills of a young woman who looks like anything but an assassin. Malaysian police have since caught the suspect, a 28-year-old carrying Vietnamese travel documents. Nothing more is known about her at this time. There have been reports of other suspects, including a connection with individuals from Myanmar, but Malaysian police have not confirmed any of these accounts.

We will keep this page updated throughout the day with more information as it comes available.

Russian Ambassador To Turkey Assassinated On Camera In Brazen Attack

The business suit-clad killer was shouting about Aleppo.